Islamabad:  At least 20 miners have been killed after an explosion caused a coal mine to collapse in south-western Pakistan.

Three others were injured in the incident near Quetta city in the Marwar region of Balochistan province late on Saturday. 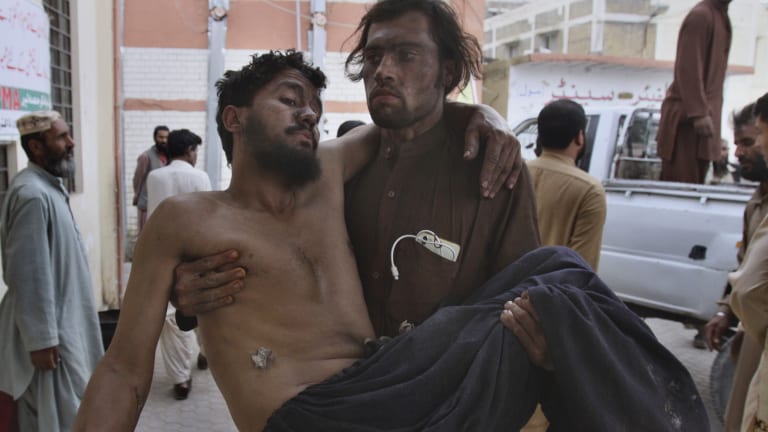 A Pakistani mine worker carries an injured colleague upon arrival at a hospital in Quetta, Pakistan.

More than two dozen miners were working at the time of explosion, according to Syed Husnain Ahmad Shah from the provincial rescue department.

Shah said the roof of the mine caved in following an explosion triggered by an accumulation of methane gas. The rescue operation, which lasted for more than 10 hours, had been completed.

"We recovered 16 dead bodies from the mine and rescued seven injured," he said.

The injured were taken to Civil Hospital Quetta where four of them died, hospital spokesman Muhammad Aslam said.

Most of the miners were from the Shangla area of the north-western province of Khyber Pakhtunkhwa, local media reported.

Balochistan is Pakistan's largest province and hosts a Chinese-built deep-sea port, part of Beijing's road and rail corridor, known as the China-Pakistan Economic Corridor (CPEC), which is designed to access markets in the Middle East and beyond.