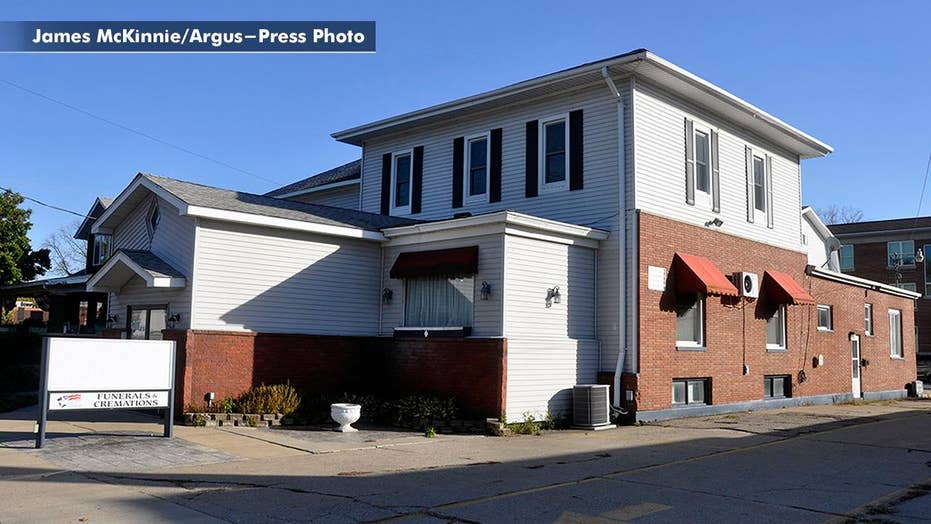 Another gruesome discovery in Michigan as an asbestos crew uncovers a pair of fetal remains — the third time unborn baby remains have been found hidden in the state’s funeral homes in recent weeks.

The remains of two fetuses that had been left in a box for decades were reportedly found in a Michigan funeral home — the third grisly discovery of unborn baby remains uncovered in the state's funeral homes in recent weeks.

The remains of the fetuses were located Monday in a closet at the former Mowen Funeral Home in Owosso, about 90 miles northwest of Detroit, FOX2 Detroit reported. Police said the remains were placed in a casket inside a wooden box with markings indicating it was more than 50 years old.

“A preliminary investigation by Dr. Patrick Hansma, a Forensic Pathologist and Deputy Medical Examiner for Shiawassee County, indicated the gestational age of both fetuses to be pre-viable, with an estimated age of 20 weeks. The identity of the fetuses is unknown at this time,” the City of Owosso wrote in a Facebook post.

An asbestos removal crew discovered the remains inside the former funeral home, which has been closed and vacant for more than two years.

On Friday, authorities removed 63 fetuses — 36 found in boxes and 27 others in freezers — from Perry Funeral Home. Detroit Police Chief James Craig said he was “stunned” by the discovery, made after a man had sued the funeral home over its handling of the remains of infants and fetuses.

An attorney for Perry Funeral Homes said the fetuses, some dating back to 2015, were sent from hospital staff who said they were unclaimed by parents.

The lawsuit, filed in July, alleges the Perry Funeral Home stored the remains of stillborn and live birth babies in the Wayne State University School of Mortuary Science morgue for up to three years without trying to notify parents, some of whom wanted to donate the bodies for medical research. It also alleges the funeral home may have fraudulently billed Medicaid, as well as the Detroit Medical Center, for burials it never performed.

The man who filed the lawsuit against Perry Funeral Home urged his lawyer to call police after watching media coverage on 10 fetuses and a stillborn infant found hidden in the ceiling of the shuttered Cantrell Funeral Home on Oct. 12.

That funeral home was closed in April after state officials found the business had multiple violations, including storing embalmed bodies in an unrefrigerated garage for months.