BORIS Johnson is to try and ram an election through next week – after Jeremy Corbyn squirmed out of a poll last night.

The PM will make a rallying cry this afternoon, demanding the Labour boss face the people and let them decide how to get out of the Brexit mess. 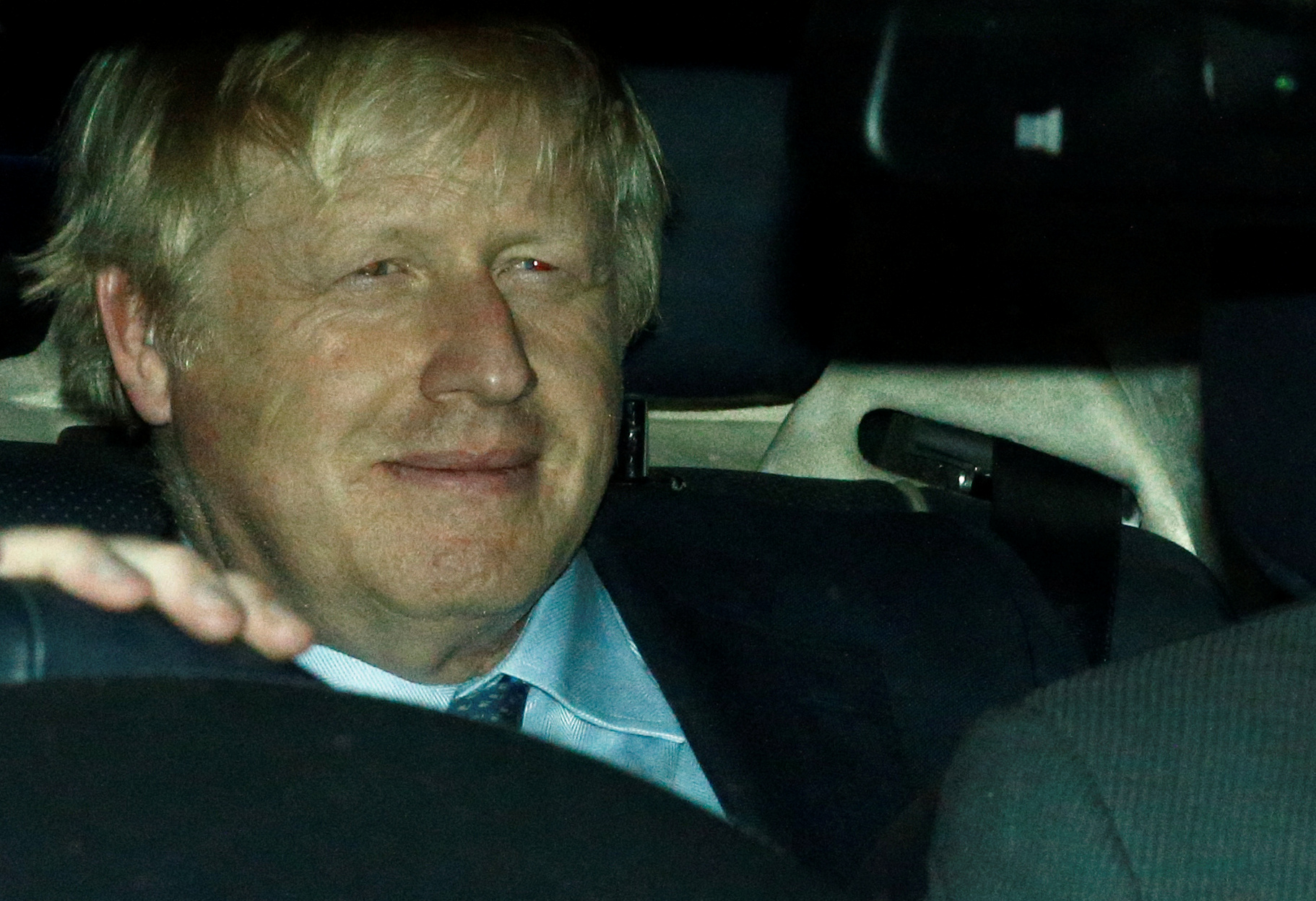 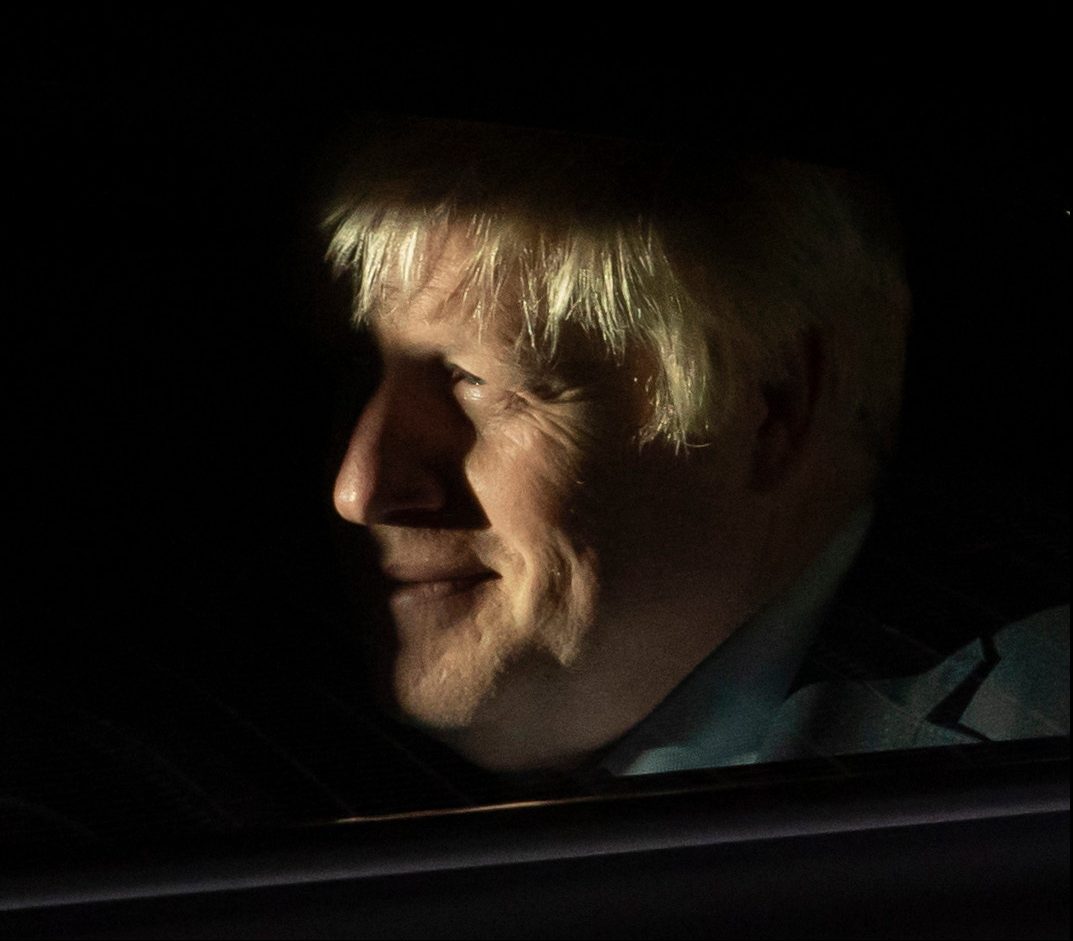 In a speech in Yorkshire to mark what No10 consider the start of the election campaign, the PM will say that for Jeremy Corbyn to continue to avoid a vote would be a cowardly insult to democracy.

And he will argue that getting another extension would "overturn the biggest democratic vote in our history" – the 2016 referendum.

Jeremy Corbyn continues not only to block Brexit but is now also stopping the people having their say by refusing a general election, he's expected to say.

He will set out the stark choice the country faces between Mr Corbyn and himself and say he's cowardly running away from letting the people choose Britain's path.

And Boris will point blank refuse to get another extension to Brexit – even if a new law forced him to do so.

The PM will lay out his plan for more cash for the NHS, police and schools.

The Government dropped their Opposition to the so-called 'Surrender Bill' in the Lords late last night, meaning it's set to pass and go through as law by Monday.

The risky gamble is part of a plan to try and force the Labour boss into an early election in the hope he can wriggle out of the new law by getting a deal, or even repealing it.

If it's rubber stamped by the Queen it will force Boris to go to the EU and get a third Brexit extension if he doesn't get a deal.

Boris demanded to go to the country rather than accept Corbyn’s demands to go cap in hand back to Brussels in just six weeks’ time.

Mr Corbyn ran scared and refused to back an election last night – saying he wanted the rebel bill to stop a No Deal Brexit to become law first.

The vote was lost after Mr Corbyn ordered his MPs to abstain in the knowledge this would prevent Boris getting the two thirds majority he needed.

But now an internal battle is going on within Labour over whether to back a snap poll now – or wait until November where they have a better chance.

Shadow Chancellor John McDonnell said they were debating "whether it's better to go long, rather than go short".

Mr Corbyn and other opposition leaders are due to meet today to agree their position.

Tories accused Labour of running away from an election they've called for for years.

Boris blasted that it was because the leftie boss thinks he'll lose a snap poll.

He joked it that it was also a first that the "Opposition has opted to show confidence in Her Majesty's Government!"

"Does somebody need to get out the chicken suit?" he told ITV after the vote.

And Chancellor Sajid Javid told Sky News: "Labour are frightened of the British people, we are not".

Boris hinted he could try again and bring another election forward in the "next few days" with another vote.

He could also call a vote of no confidence in himself to try and bring an election, or could submit a new Bill in the Commons for an official election too.

But Boris is in a race against time to get an election sorted out before Parliament is prorogued next week – as he planned. 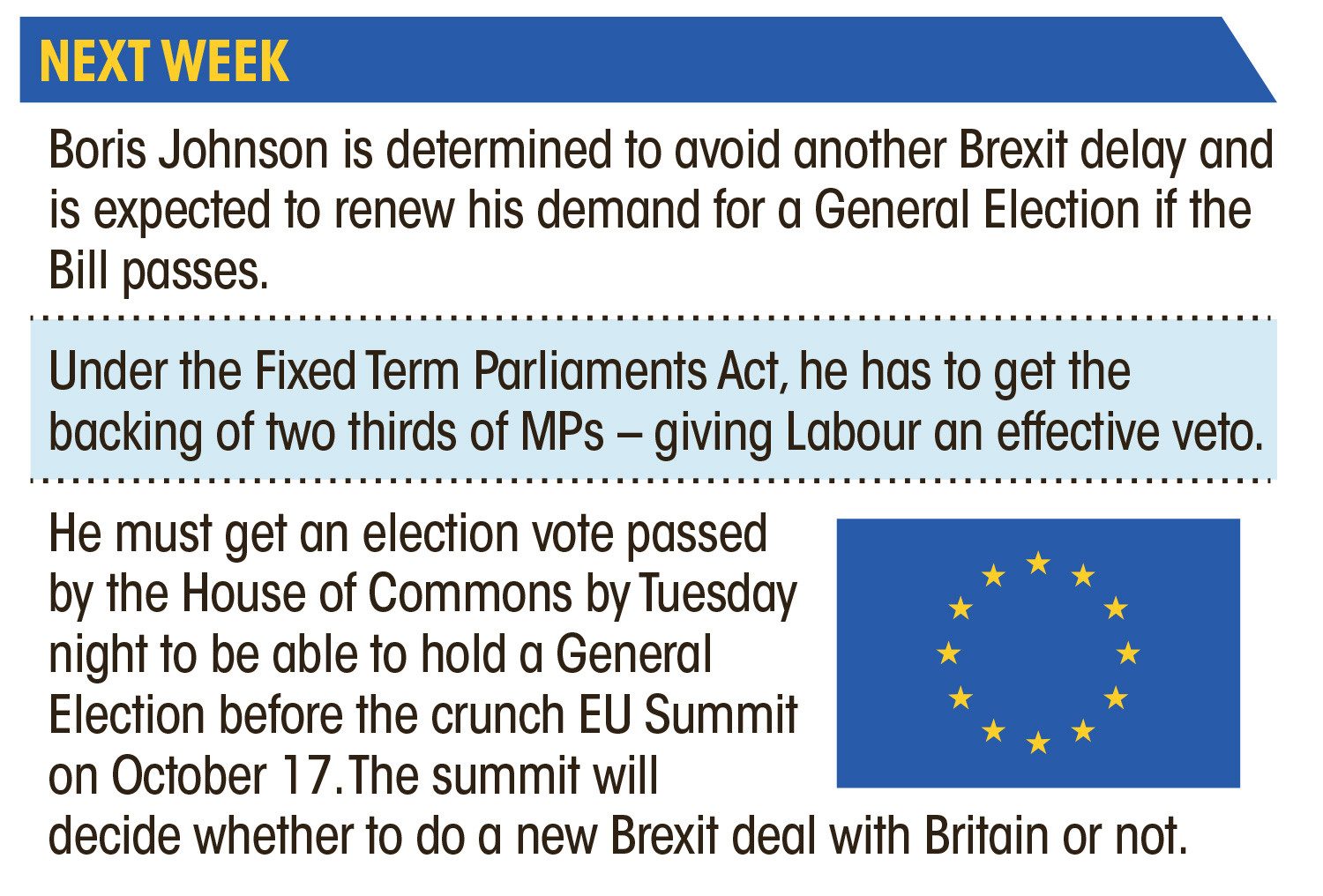 Boris' plan is to hold a vote on October 15, then storm a crunch Brussels summit on October 17 to demand a new deal, with a fresh mandate from the British people.

But Boris accused MPs of having "totally wrecked" his chances of getting a new EU deal by backing the legislation to prevent a No Deal Brexit.

He told Peston: "The truth is that we've had our chance to get a deal in Brussels on Brexit really badly damaged if not totally wrecked by the surrender bill."

FOR two years Labour has goaded the Tories into calling an election. Now, incredibly, the wretched, snivelling coward Corbyn runs away from one.

Every day he and his arrogant Marxist mob sneered “Bring it on!” Until the moment they were finally offered the chance to stand before the electorate.

Corbyn and his greasy sidekick Keir Starmer have concocted wafer-thin excuses for this monstrous U-turn.  The public won’t buy them.

Boris Johnson has reluctantly accepted that voters must now decide whether to go ahead with Brexit, deal or No Deal, on October 31.

Or whether Labour and treacherous ex-Tories should be able to enforce an aimless further delay, condemning an exhausted public to more bitter division and costly uncertainty.

Labour isn’t as scared of No Deal as it is of a ballot-box reckoning. Mainly for its MPs in Leave marginals, faced now with campaigning for Remain. Labour no longer respects the 17.4million Brexit voters it has betrayed. But they have to face them in the end. Why not now?

If Corbyn truly believed he was a shoo-in for No10 he would bite Boris’s hand off for the chance to snatch the keys. But his ratings are at historic lows.

He feebly tries to claim the PM wants “to avoid scrutiny”. But Boris is literally inviting it from voters. Corbyn is chicken.

Labour knows its Brexit “policy” — “we’ll negotiate a new deal, then campaign against it” — is comically ridiculous. It knows it is grievously wounded by its anti-

Jewish racism, its ruinous economic policies, its fondness for tyrants and terrorists and its idolising of collapsed Latin American dictatorships.

It fears Boris’s Brexit-backing Tories, no matter how weak they now appear.

Corbyn was always an unpleasant dimwit and a liar. Turns out he is a bottler too. 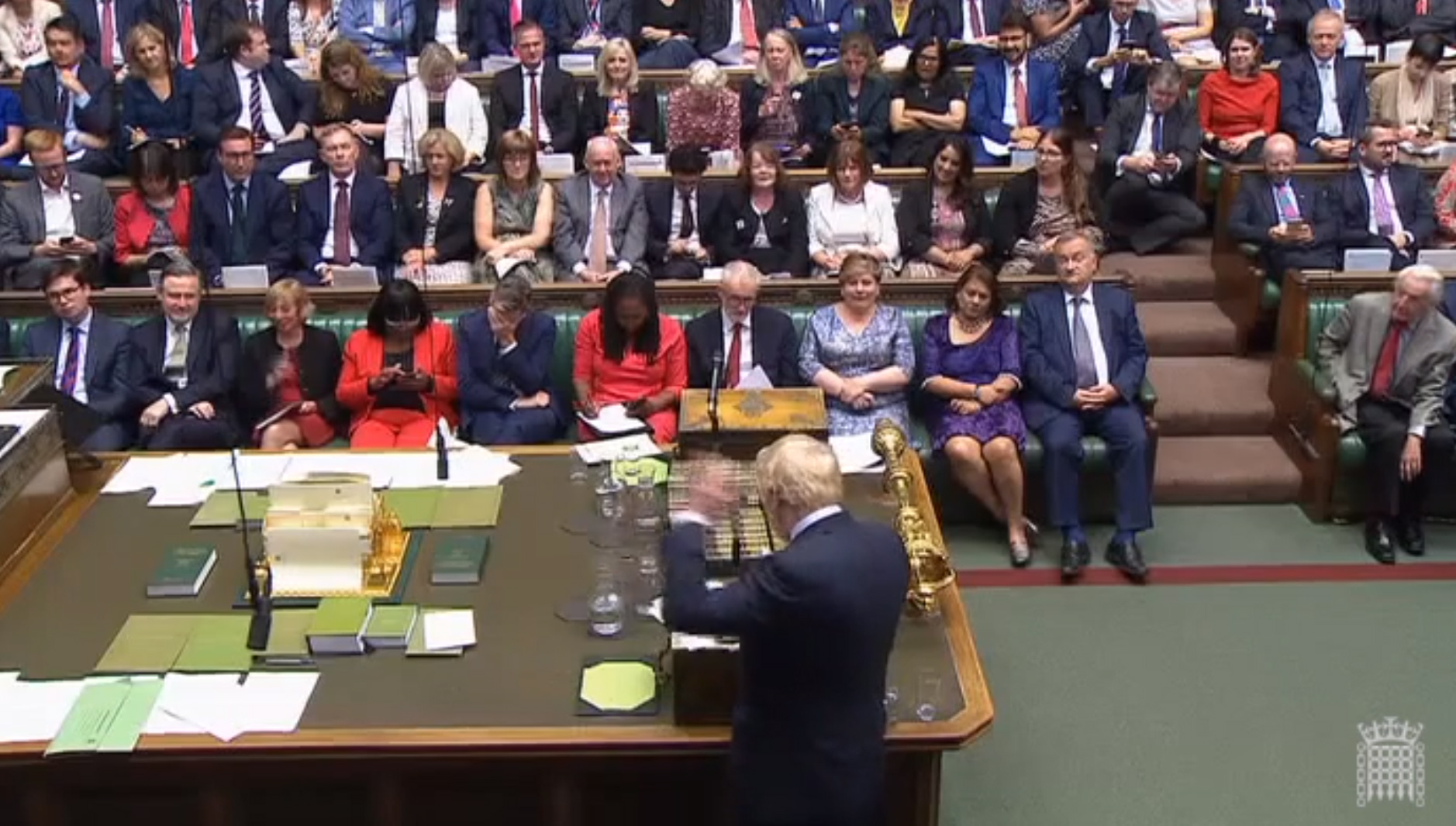 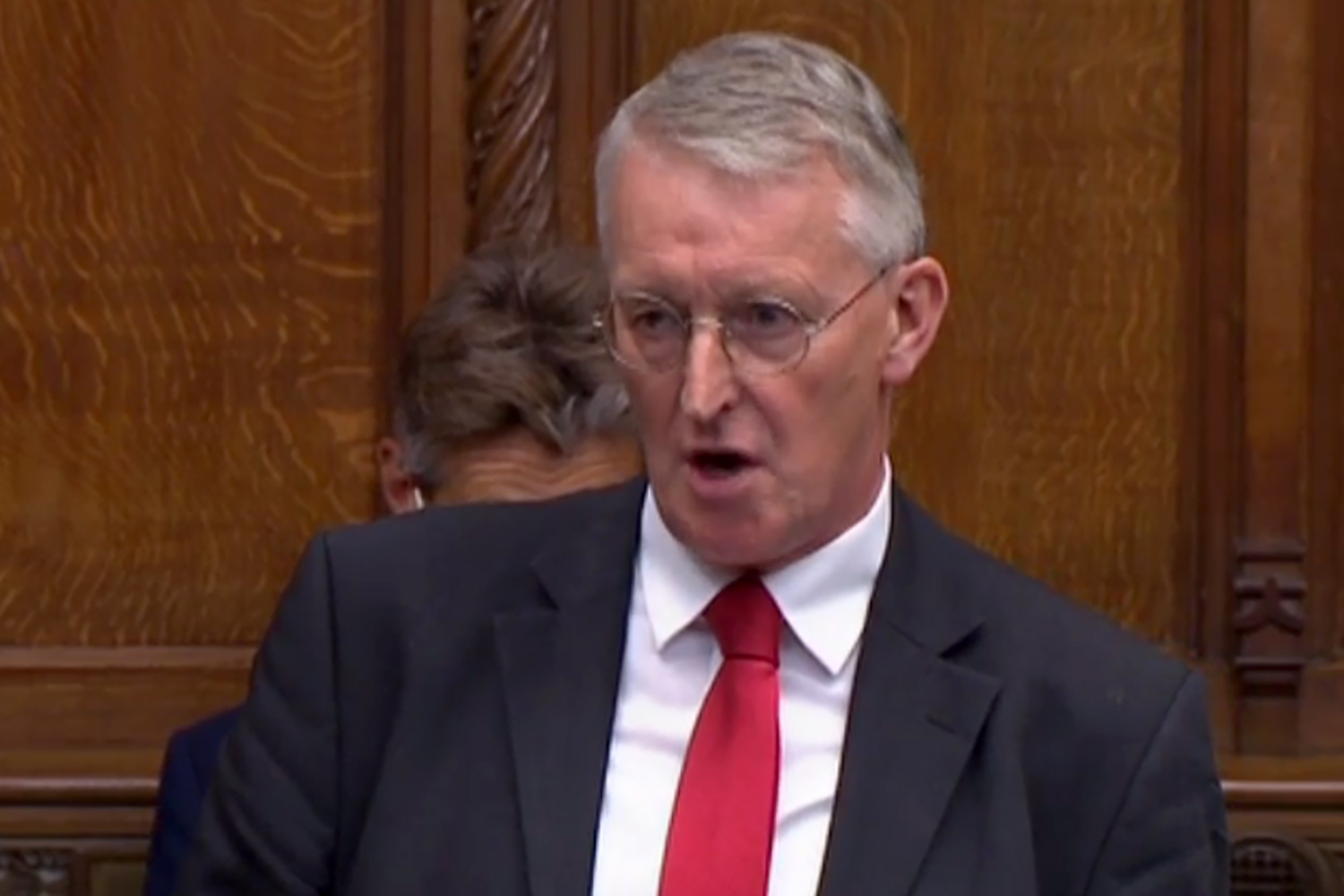 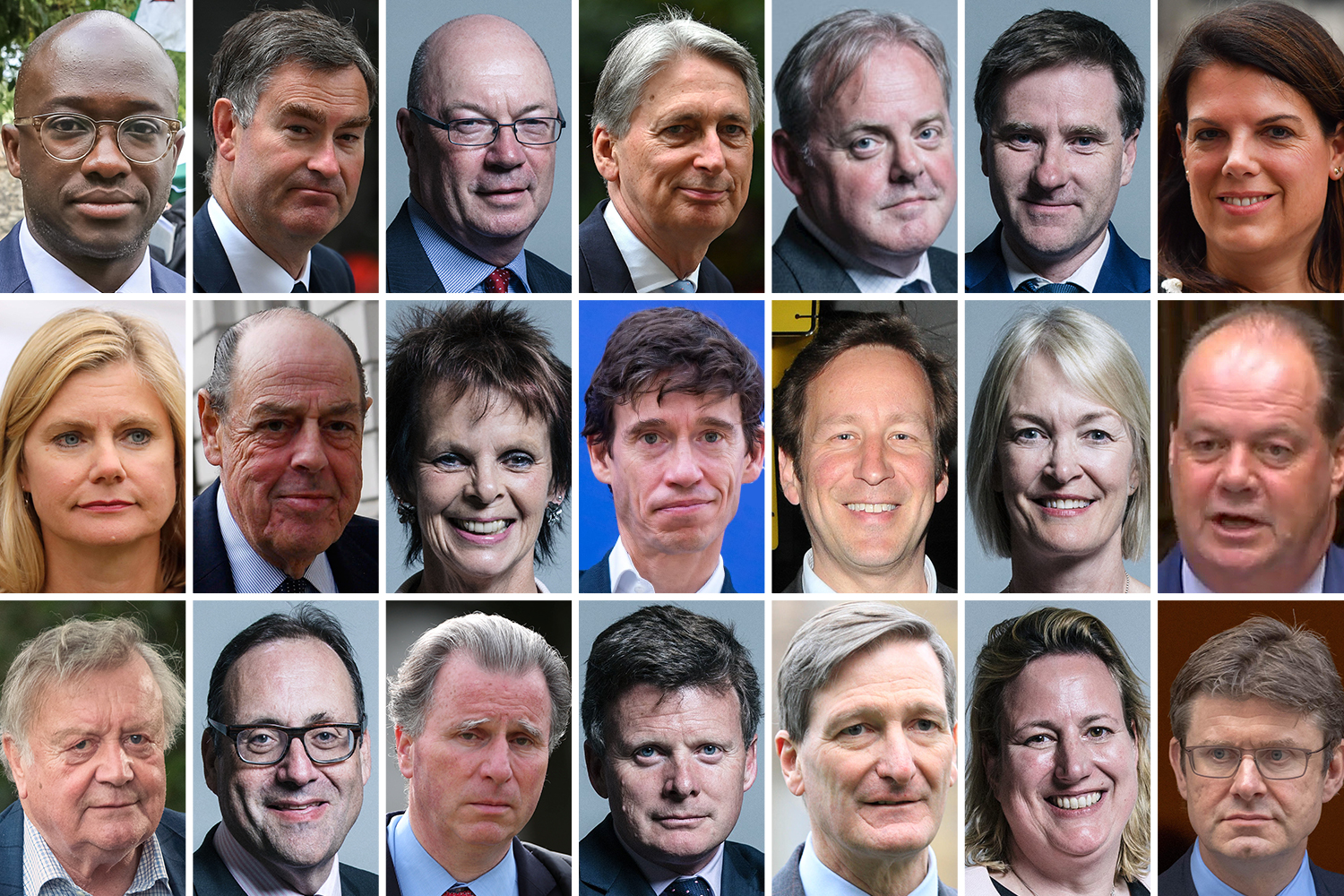