New York: In his State of the Union address last month US President Donald Trump urged Democrats in Congress not to use their newfound majority status to flood his administration with investigations. 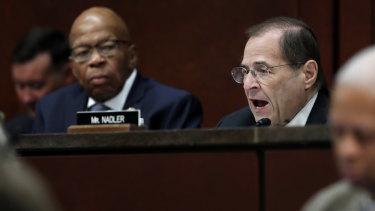 "An economic miracle is taking place and the only thing that can stop it are foolish wars, politics or ridiculous partisan investigations," Trump said.

"If there is going to be peace and legislation, there cannot be war and investigation."

It was the most memorable part of Trump's speech – and one Democrats have completely ignored in the following weeks. 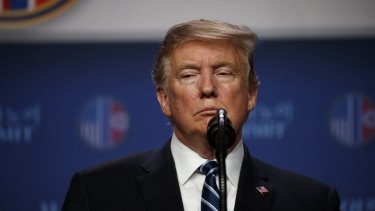 The probe will focus on alleged obstruction of justice, public corruption and other abuses of power.

On Monday Nadler issued document requests to 81 agencies, entities, and individuals – a cast of characters touching on virtually every aspect of Trump's life from his family and friends to his business interests and political relationships.

Among those on the list: his sons, Eric and Donald Trump jnr, son-in-law Jared Kushner, his former chief-of-staff Reince Priebus and former attorney-general Jeff Sessions.

"Over the last several years, President Trump has evaded accountability for his near-daily attacks on our basic legal, ethical, and constitutional rules and norms," Nadler said in a statement. 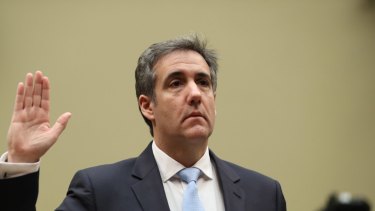 Michael Cohen takes the oath ahead of his congressional testimony.Credit:Bloomberg

Under the special counsel guidelines, Mueller is required to submit a report to the attorney-general outlining the results of his investigation. But it may be quite short and will almost certainly be nowhere near as detailed as Kenneth Starr's 445-page report into Bill Clinton.

It's then up to Attorney-General William Barr to decide how much of the report he will release to Congress.

The House Intelligence Committee, led by Democrat Adam Schiff, is also running a separate investigation into efforts by Russia and other foreign entities to influence the 2016 election. 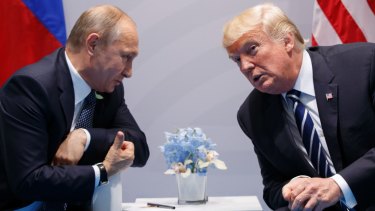 On Monday Schiff requested documents related to Trump's communications with Vladimir Putin following reports that Trump tried to conceal the contents of his conversations with the Russian leader.

Trump has described the slew of Democratic investigation as an unprecedented case of "presidential harassment", and there are political risks here for Democrats.

If the public comes to see them as overly obstructionist, interested only in resisting Trump, then that will hurt them.

But for now they are emboldened, seized by the opportunity to dig up something truly damaging about Trump.

Although the Mueller inquiry that has tormented Trump for so long may be wrapping up, the presidential harassment is just beginning.