The Democratic Party's ability to win back control of the House of Representatives is being credited to a focus on healthcare in this recent campaign cycle. 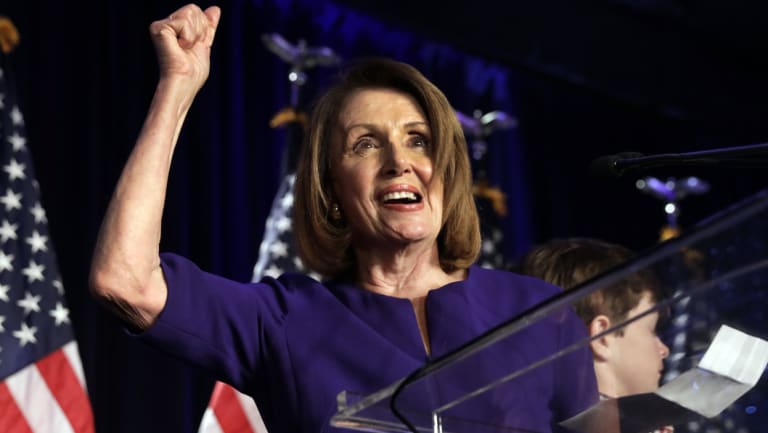 While healthcare in its current form may be a winning issue in the US, the Democratic Party would be wise to look past a one-term talking point to a much broader sustaining story.

In fact, Democrats are in need of a broader, more universalised language of politics that can transcend the hourly or weekly flow of events, to frame a larger journey for the party and, in fact, for the US. Finding this galvanising understanding of the politics of the era won’t be a luxury for the party. Rather, it will derive from the emergency American democracy finds itself in today.

And while healthcare will never go away as an issue, fixing a problem is not the same as presenting an animating vision for the future. Such language shouldn’t offer a veneer of cohesion between many issues competing for the attention of the public and leaders.

Instead, it must provide a path in a time when illiberal movements – combined with an illiberal president – have so far, better understood the political possibilities of the moment.

This is not an argument for a one-size-fits-all politics.

Universalising democratic politics is an idea that scales up from the individual, to the community, to the nation, and beyond, to the realm of international relations. The economic injustice of American life mirrors the growing injustice in the normalisation of authoritarian repression abroad.

This scales the other way too, from the concerns of the world – coercion, corruption – to the nation, back down to the individual, genuine freedom in a person’s life.

Democrats have forgotten the need to adjust their communication to the time. Franklin Delano Roosevelt took advantage of the then-new radio to communicate to the public in the simple language designed to appeal to voters that included many with only high school education.

Today, the problem for the Democrats is arguably the opposite: the flood of information and access to endless detail creates a sense of complexity that is paralysing for decisive action. The data overload risks immobilising voters.

The Democratic Party, like centre-left parties everywhere, must craft and master a long-term message to speak through this.

Part of the challenge stems from the drift of the Democrats, who for years, have conceived of issues, campaigns and constituents in piecemeal items. With each election, the party’s attention then shifts from one constituent group and their perceived core issue to another.

This retail approach to the big picture means the party seems to shape-shift so often it’s difficult, even for core Democrats, to know what the party stands for.

Even in the time of Donald Trump, the party suffers from an inability to stitch together the various messages for differing Democrats into a single, meaningful and lasting whole.

Political life today cries out for unifying understandings of the challenges that surround us, ones that address the splintered nature of the time we’re in.

In this chaotic climate, Democrats need to unplug from the daily cycle, to survey this hyper-connected and at the same time hyper-alienating reality. They need to re-conceive their broad political goals independently of political brinksmanship and "resistance".

As political historian Mark Lilla so accurately observes, national politics “will be dominated by whoever best captures Americans’ imaginations about our shared destiny".

Lilla is correct to say Democrats have lost sight of the need of a shared vision to aspire to.

Instead, Democrats and the political class reporting on them, remain mesmerised by identity subgroups and polls. They encourage voters to see themselves not as a whole with aspirations that unify, but as a patchwork of demographics with competing interests. The tribalising effect of social media only worsens this.

Likewise, social media tends to obliterate the past as it diminishes the future in the public’s mind. Media critic Douglas Rushkoff says such “presentism” means:

“The pauses between an event and a response to it – the space in which public opinion was once gauged – is gone, and now the feedback is indistinguishable from the initial action."

In this "one big now … This transformation has dramatically degraded the ability of political operatives to set long-term plans".

It wasn't always that way. What motivated the political can-do ism of the Left in the 1960s were future visions for society to advance toward. The Great Society. The aspiration of the United Nations to make war obsolete. The Civil Rights struggle. These causes were forged from a shared mass experience, exhorting voters on to another shared experience, all of it was built around the concept of a vital state.

Today, the urgency for the Democrats is to find the universalising messages that frame the growing list of pressing political challenges. The messages must penetrate diverse audiences and the complexity of the modern world.

The Republican Party has lost its moorings and it now threatens America’s political system. The Democrats must not simply react but set out a vision that links citizens to a positive, shared future.