A burqa ban has come into force in Denmark with protests expected over the new law that could see repeat offenders jailed for up to six months.

Restrictions on Islamic face veils were approved by MPs in May after being brought forward by the country’s centre-right coalition, known for tightening asylum and immigration rules in recent years.

But as the law took effect today, making Denmark the fifth European nation to outlaw full-face veils, supporters and opponents of the ban clashed verbally – and activists are planning demonstrations later today.

Anyone forcing a person to wear garments covering the face by using force or threats can be fined or face up to two years in prison. Austria, France and Belgium have similar laws. 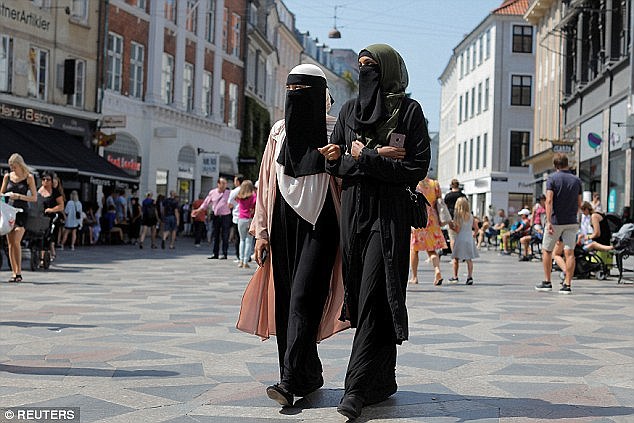 Marcus Knuth of the ruling liberal party Venstre, says the dress worn by some conservative Muslim women is ‘strongly oppressive.’

Sasha Andersen of the ‘Party Rebels’ activist group, is planning a protest against what they called a ‘discriminatory’ measure against a minority group. Activists that back the ban also plan to rally.

This morning, Amnesty International’s Deputy Europe Director Fotis Filippou said all women ‘should be free to dress as they please and to wear clothing that expresses their identity or beliefs’.

‘This ban will have a particularly negative impact on Muslim women who choose to wear the niqab or burqa,’ Filippou said.

‘Whilst some specific restrictions on the wearing of full face veils for the purposes of public safety may be legitimate, this blanket ban is neither necessary nor proportionate and violates women’s rights to freedom of expression and religion.

‘If the intention of this law was to protect women’s rights it fails abjectly. Instead, the law criminalises women for their choice of clothing – making a mockery of the freedoms Denmark purports to uphold.’

Other European countries have similar bans, claiming they are not aimed at any religion in particular, and don’t ban headscarves, turbans or the traditional Jewish skull cap.

Danish lawmakers voted 75-30 in favour of the legislation in a bid to uphold ‘secular and democratic values’.

Popularly known as the ‘Burqa Ban,’ it is mostly seen as being directed at the niqab and burqa. Few Muslim women in Denmark wear such full-face veils. 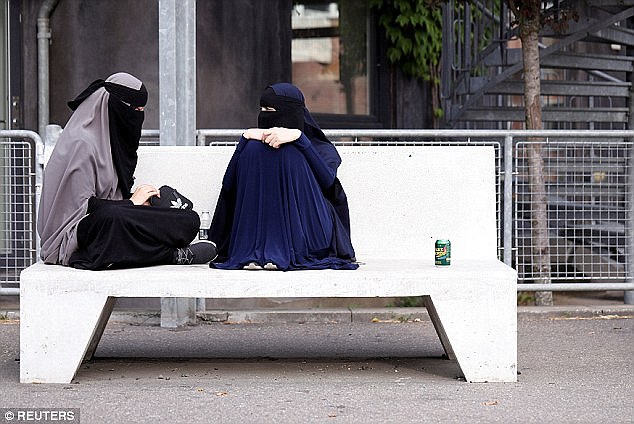 Restrictions on Islamic face veils were approved by MPs in May after being brought forward by the country’s centre-right coalition, known for tightening asylum and immigration rules in recent years

The law allows people to cover their face when there is a ‘recognisable purpose’ like cold weather or complying with other legal requirements, such as using motorcycle helmets required under Danish traffic rules.

Under the law, police will be able to instruct women to remove their veils or order them to leave public areas.

Justice Minister Soren Pape Poulsen said officers would fine them and tell them to go home.

As of 2017, non-Western immigrants account for 8.7 percent of Denmark’s 5.7 million population.

Around half a million are from Muslim backgrounds, a group that swelled with Afghan, Iraqi and Syrian refugees crossing Europe.

In 2016, Denmark also adopted a law requiring newly arrived asylum-seekers to hand over valuables such jewelry and gold to help pay for their stays in the country.