Former Minneapolis Police officer Derek Chauvin told the court Thursday that he will not testify in his ongoing trial related to the May 2020 death of George Floyd, as the ex-cop’s defense team rested its case.

Chauvin, 45, told Judge Peter Cahill absent of the jury’s presence in the courtroom that he will invoke his Fifth Amendment right and will not testify. It was the first time Chauvin had spoken during his trial.

The former officer is charged with murder and manslaughter in the death of Floyd, a 46-year-old Black man who was confronted by police on May 25, 2020, after he was suspected of using a counterfeit $20 bill to buy cigarettes at nearby Cup Foods. 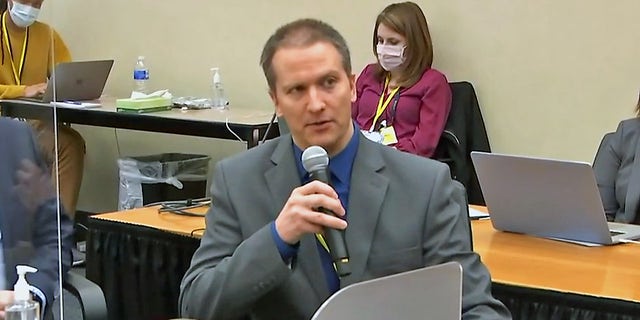 Some prosecution rebuttal testimony was expected to follow Thursday. Closing arguments are set for Monday, after which the racially diverse jury will begin deliberating at the barbed-wire-ringed courthouse, with Minneapolis on edge against a repeat of the protests and violence that broke out last spring over Floyd’s death.

The question of whether Chauvin would testify was the subject of weeks of speculation.

The risks were high: Testifying could have opened him up to devastating cross-examination, with prosecutors replaying the video of the arrest and forcing Chauvin to explain, one frame at a time, why he kept pressing down on Floyd.

But taking the stand could have also given the jury the opportunity to see or hear any remorse or sympathy he might feel. He would have been able to remove the COVID-19 mask he has had to wear at the defense table. 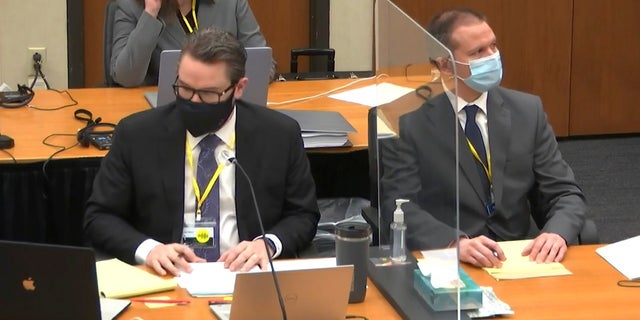 The only time Chauvin has been publicly heard defending himself was when the jury listened to body-camera footage from the scene last May. After an ambulance had taken Floyd away, Chauvin told a bystander: “We gotta control this guy ’cause he’s a sizable guy … and it looks like he’s probably on something.”

Chauvin was at least the second person to invoke their Fifth Amendment right. On Wednesday, Floyd’s friend, Morries Hall, was granted the right not to testify in the trial, after telling a judge he would not answer attorneys’ questions if he took the stand out of concern that he might incriminate himself.

Fox News’ Madelin Fuerste and The Associated Press contributed to this report.