DESPERATE Housewives actor Felicity Huffman was caged for just 14 days over a college scam thanks to “white privilege”, her angry co-star claims. 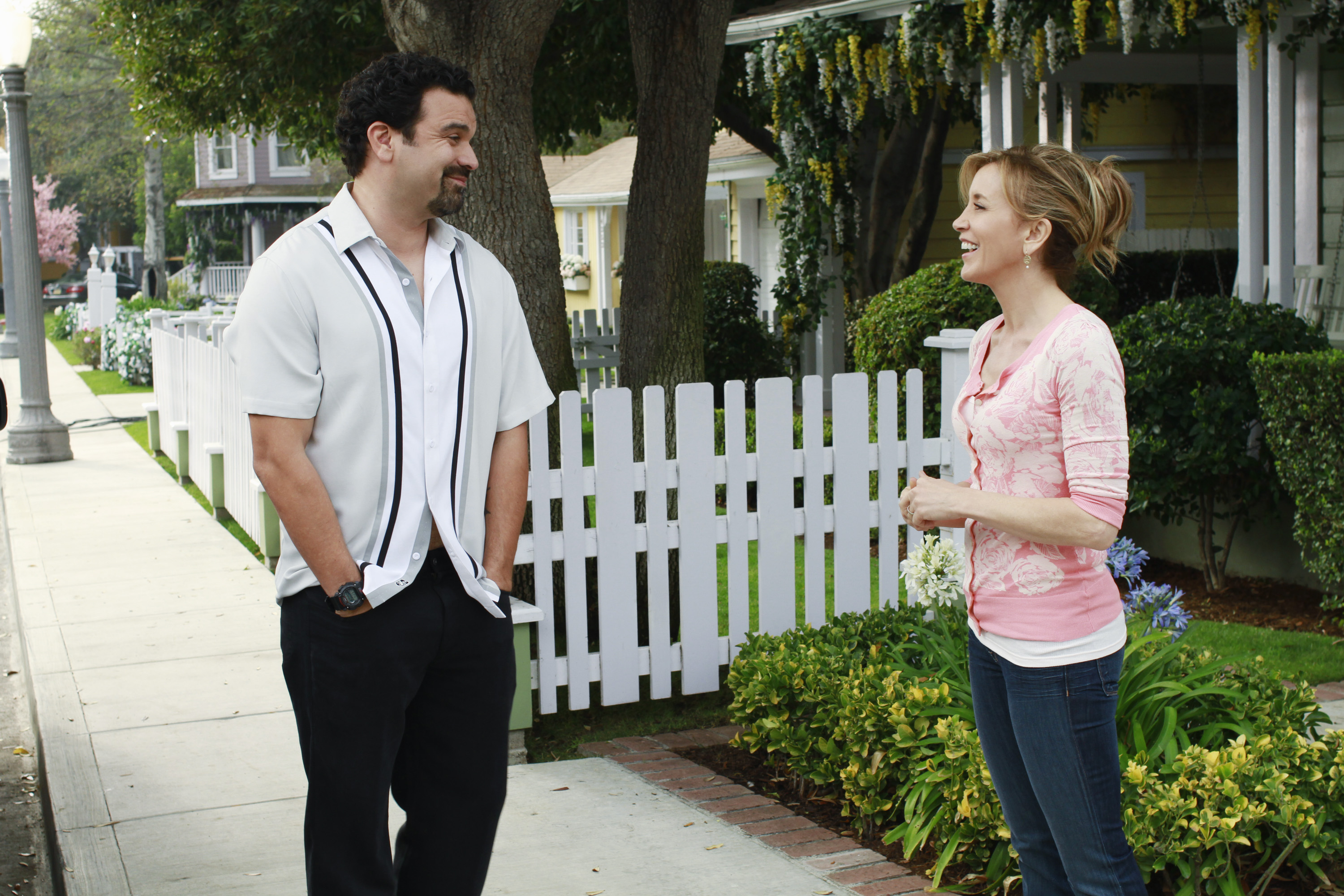 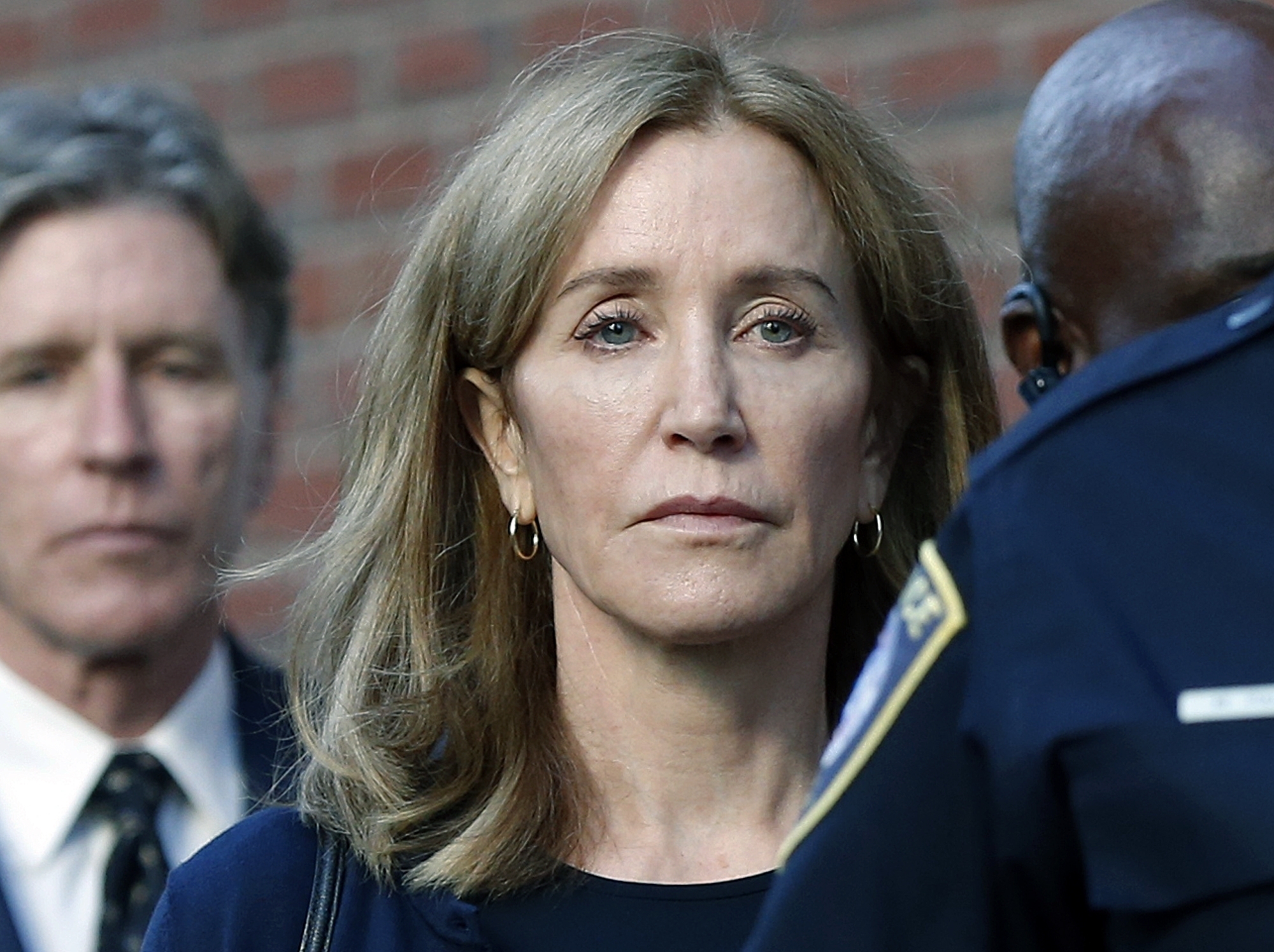 Huffman broke down in tears last month when she was jailed for her part in the college bribery scandal.

She admitted to paying $15,000 (£12,000) to rig her daughter's SAT scores, tearfully apologising to the teen for not trusting her abilities.

"I was frightened, I was stupid, and I was so wrong," Huffman, 56, said as she was sentenced at a US court in Boston.

But an unimpressed Chavira posted a scathing remark on Twitter, pinning her short prison sentence on "White Privilege. And I saw eight years of it, so I know what I'm talking about. Accountability and responsibility don’t mean s*** to these people."

He also retweeted a comment posted by Orvida Geri, which said: “Are you f***ing kidding me Felicity Huffman to serve 14 days in jail.

“And in the meantime a black woman is in jail for 5 years simply for wanting her child to have a better education all the while being homeless living out of her car – two different laws for black and white people.” 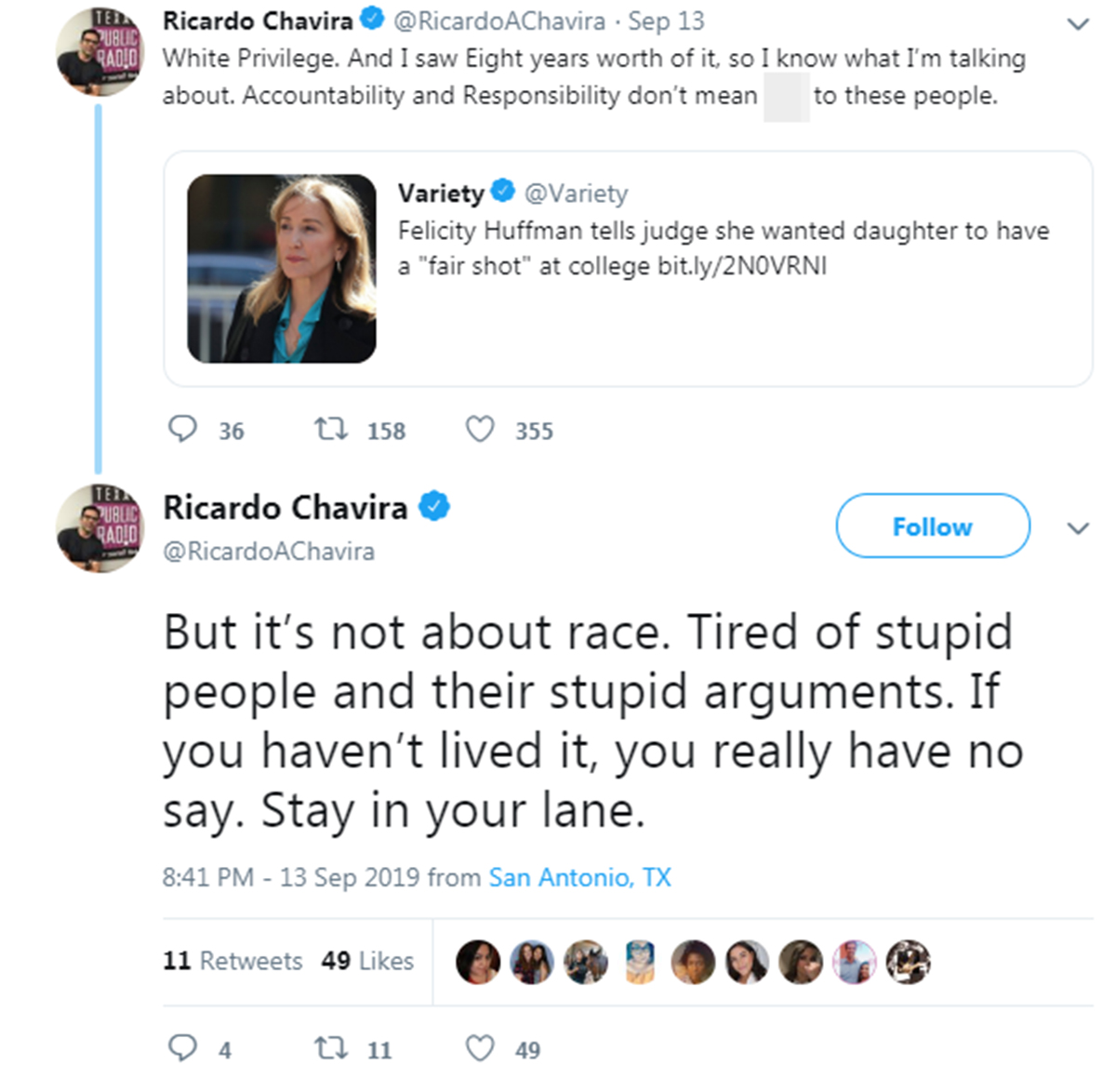 The actress became the first parent sentenced in a college admissions scandal that ensnared dozens of wealthy mums and dads.

The scandal exposed the lengths to which some parents will go to get their children into the "right" schools and reinforced suspicions that the process is slanted toward the rich.

In sentencing Huffman, US District Judge Indira Talwani noted the anger the case had generated.

The outrage, she said, was because Huffman took steps "to get one more advantage" in a system "already so distorted by money and privilege". 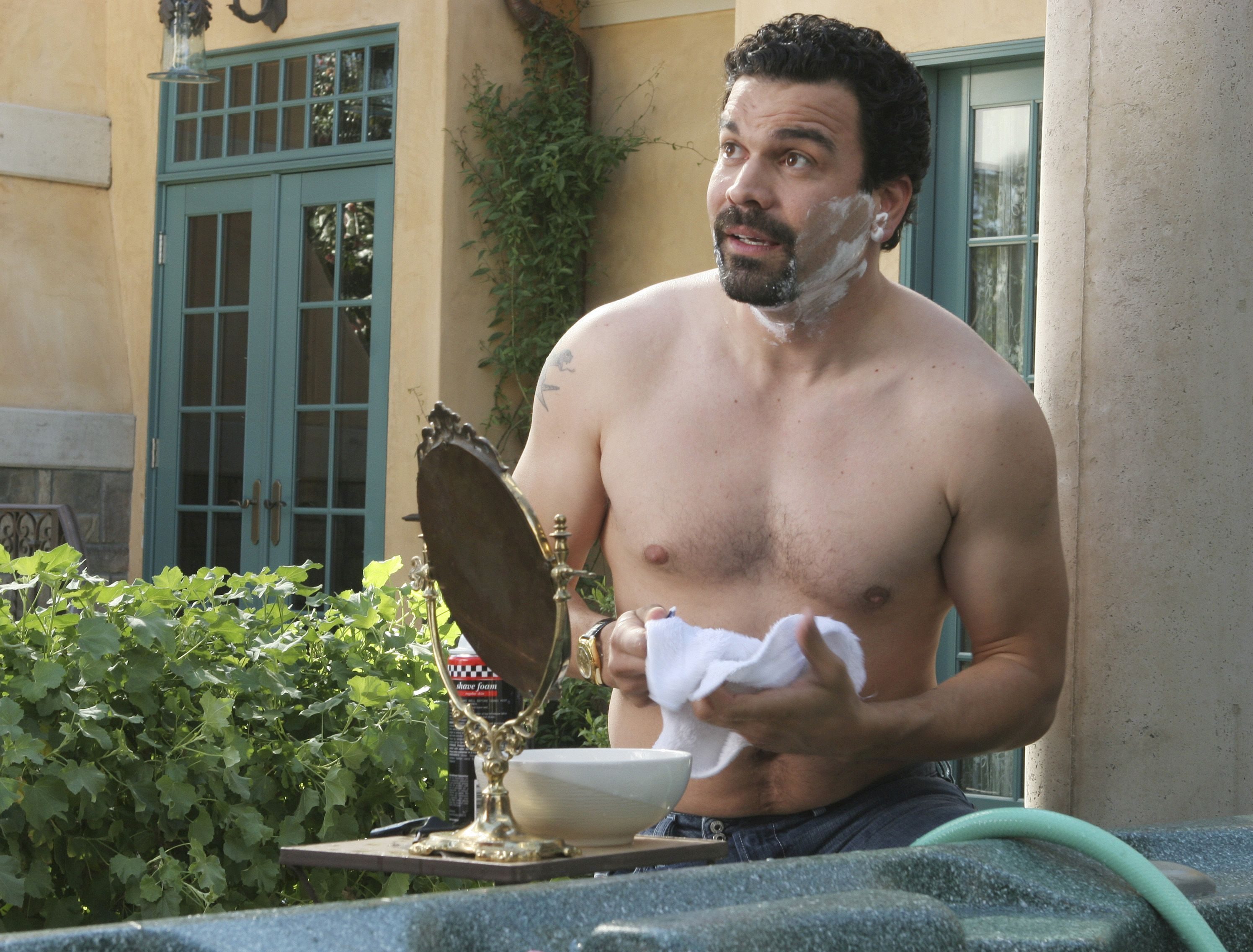 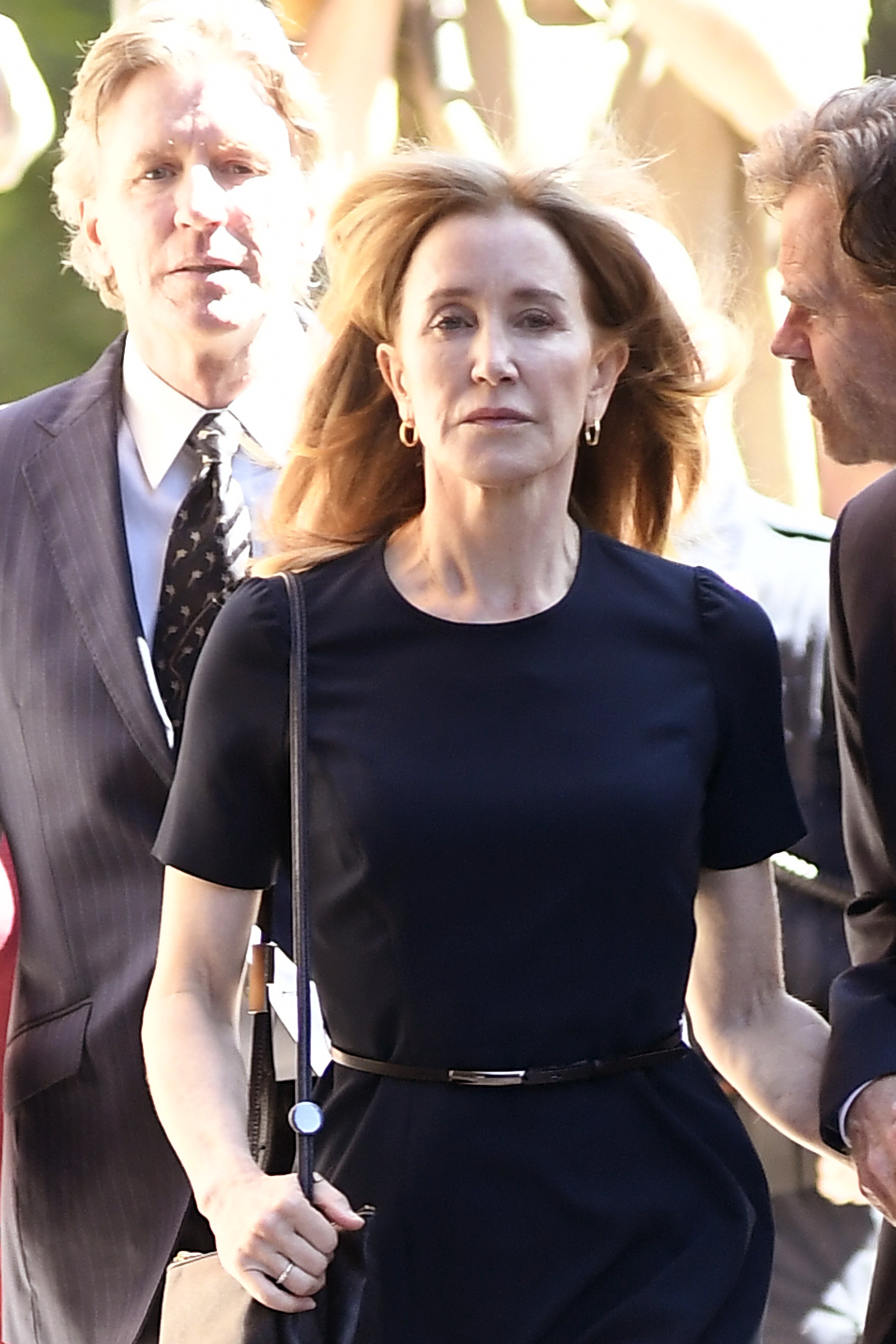 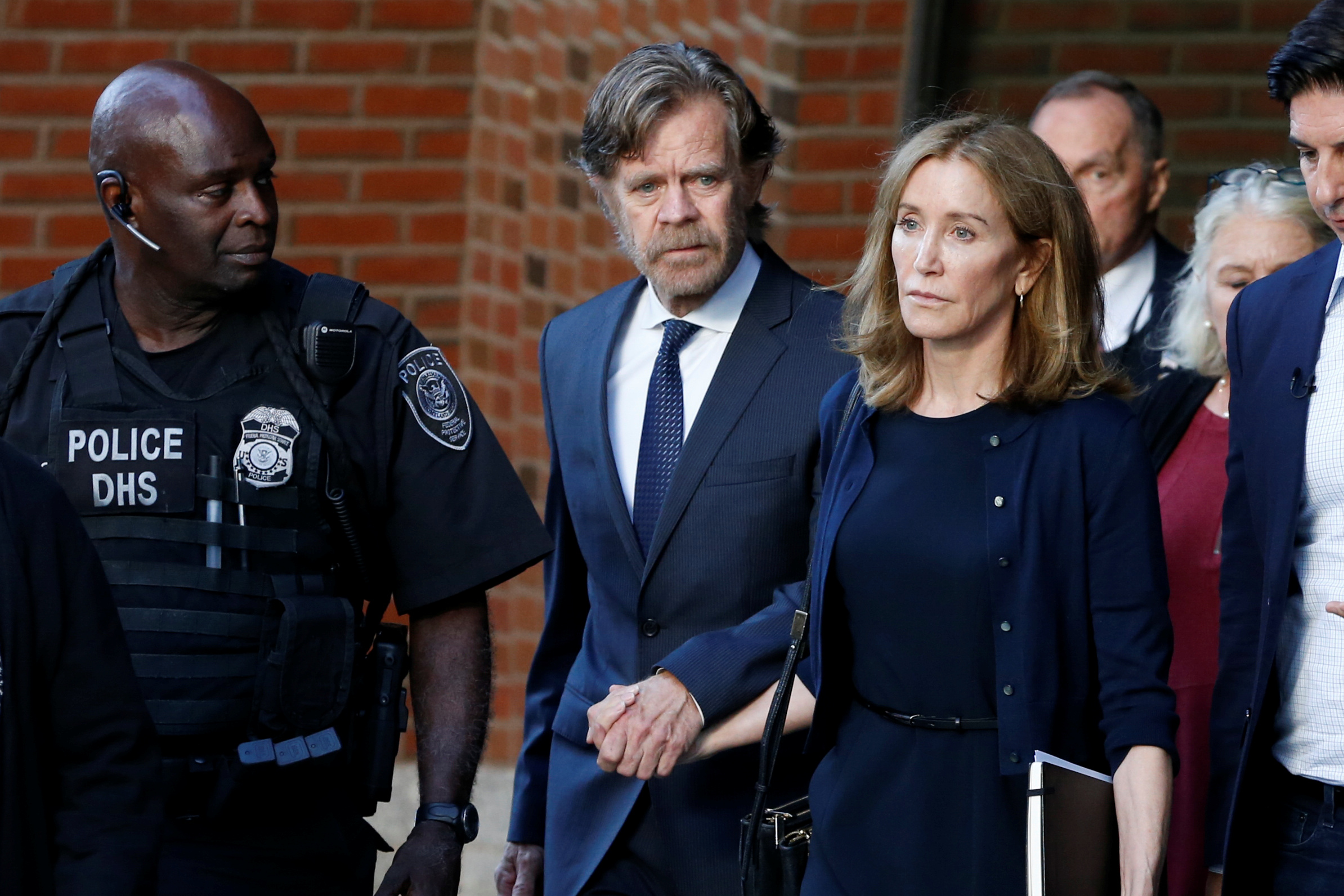 Dozens took to social media to slam the 14-day jail term, with many saying it was far too small a penalty for her role.
Prosecutors had sought a month in prison for Huffman, while her lawyers said she should get probation.

Huffman paid $15,000 to boost her older daughter's SAT scores with the help of William "Rick" Singer, an admission consultant at the centre of the scheme.

She pleaded guilty in May to a single count of conspiracy and fraud as part of a deal with prosecutors.

Singer, who has pleaded guilty, allegedly bribed a test proctor to correct the teenager's answers.

The amount Huffman paid is relatively low compared with other bribes alleged in the scheme.

'I APOLOGISE TO MY DAUGHTER'

Huffman was also ordered to pay a $30,000 fine and perform 250 hours of community service.

"I would like to apologise again to my daughter, my husband, my family and the educational community for my actions," Huffman said in a statement.

In arguing for incarceration, Assistant US Attorney Eric Rosen told the judge that prosecutors had no reason to doubt the rationale Huffman offered her fears and insecurities as a parent for taking part in the scheme.

Rosen added: "Parenthood is terrifying, exhausting and stressful, but that's what every parent goes through.

Huffman's lawyer Martin Murphy argued that her crimes were less serious than those of her co-defendants and noted that she did not enlist her daughter in the scheme.

The actress has said her daughter, Sophia, was unaware of the arrangement.

Authorities said Sophia got a bump of 400 points from her earlier score on the PSAT, a practice version of the SAT.

Prosecutors have not said which colleges her daughter applied to with the fraudulent SAT score.

In a letter asking for leniency, Huffman said she turned to the scheme after her daughter's dreams of going to college and pursuing an acting career were jeopardised by her low math score.

Prosecutors countered that Huffman was driven by "a sense of entitlement, or at least moral cluelessness, facilitated by wealth and insularity".

Her case was seen as an indicator of what's in store for other defendants.

A total of 51 people have been charged in the scheme, the biggest college admissions case ever prosecuted by the Justice Department.

Five other parents have been sentenced so far, with prison sentences ranging from 14 days to five months.

Prosecutors said parents schemed to manipulate test scores and bribed coaches to get their children into elite schools by having them labelled as recruited athletes for sports they didn't even play.

Over the next two months, nearly a dozen other parents are scheduled to be sentenced.

Some 15 parents have pleaded guilty, while 19 are fighting the charges.

Among those contesting the charges are Full House actress Lori Loughlin and her fashion designer husband, Mossimo Giannulli.

They have pleaded not guilty of paying to get their two daughters into the University of Southern California as fake athletes.

Massachusetts US Attorney Andrew Lelling told Boston's WCVB-TV that the longer Loughlin fights the charges, the longer her recommended sentence will be.

"Let's say she goes through to trial: If it's after trial, I think certainly we'd be asking for something substantially higher.

"If she resolved her case short of trial, something a little lower than that," Lelling said.

Lelling added that Huffman's sentence of 14 days in prison was "reasonable."

He told the broadcaster: "Huffman was probably the least culpable of the defendants who we've charged in that case.

"She took responsibility almost immediately. She was contrite, did not try to minimise her conduct.

"I think she handled it in a very classy way." 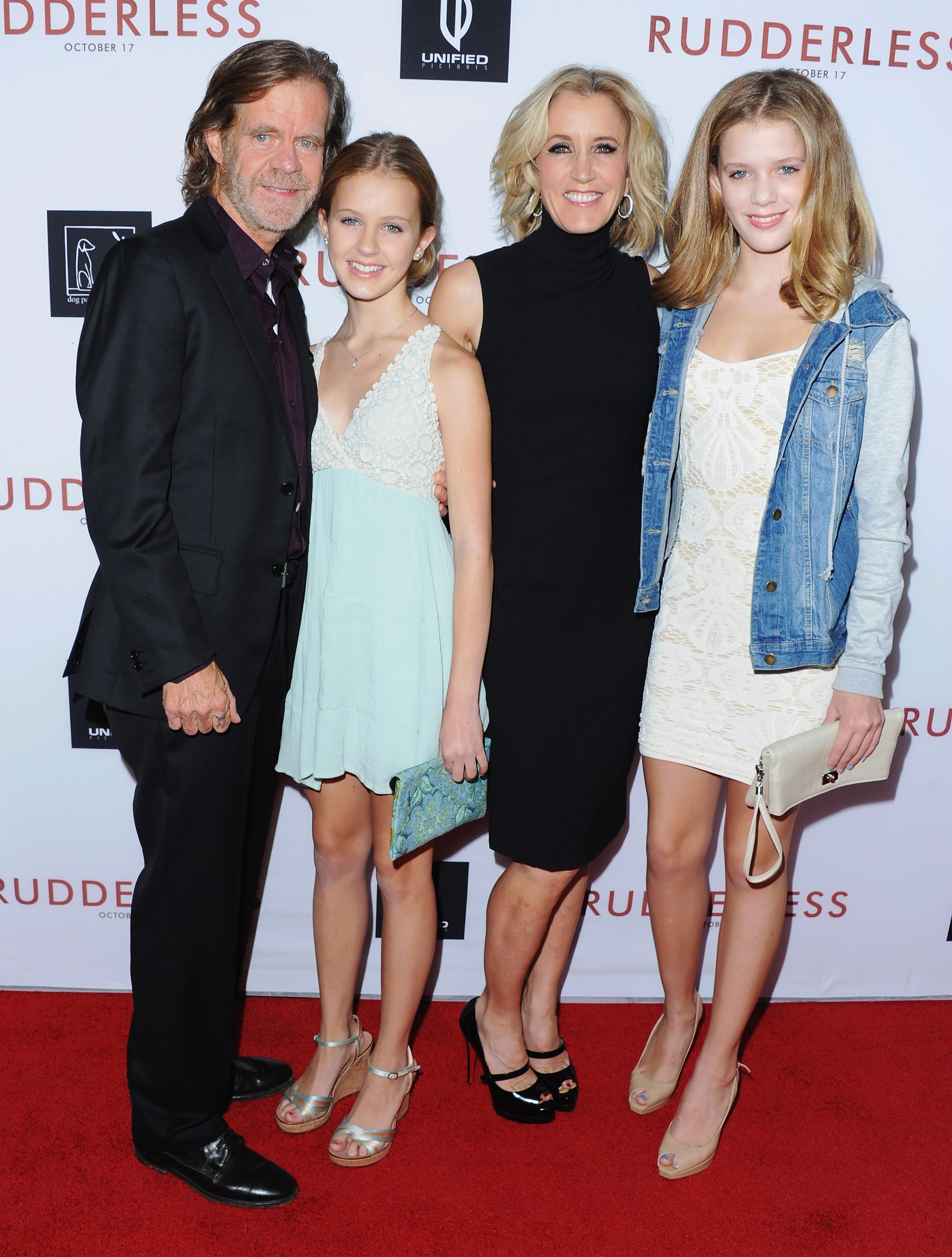