Annette Hodges, from Liskeard, Cornwall, travelled 20 miles to her nearest city and asked strangers for change in an effort to raise £12. 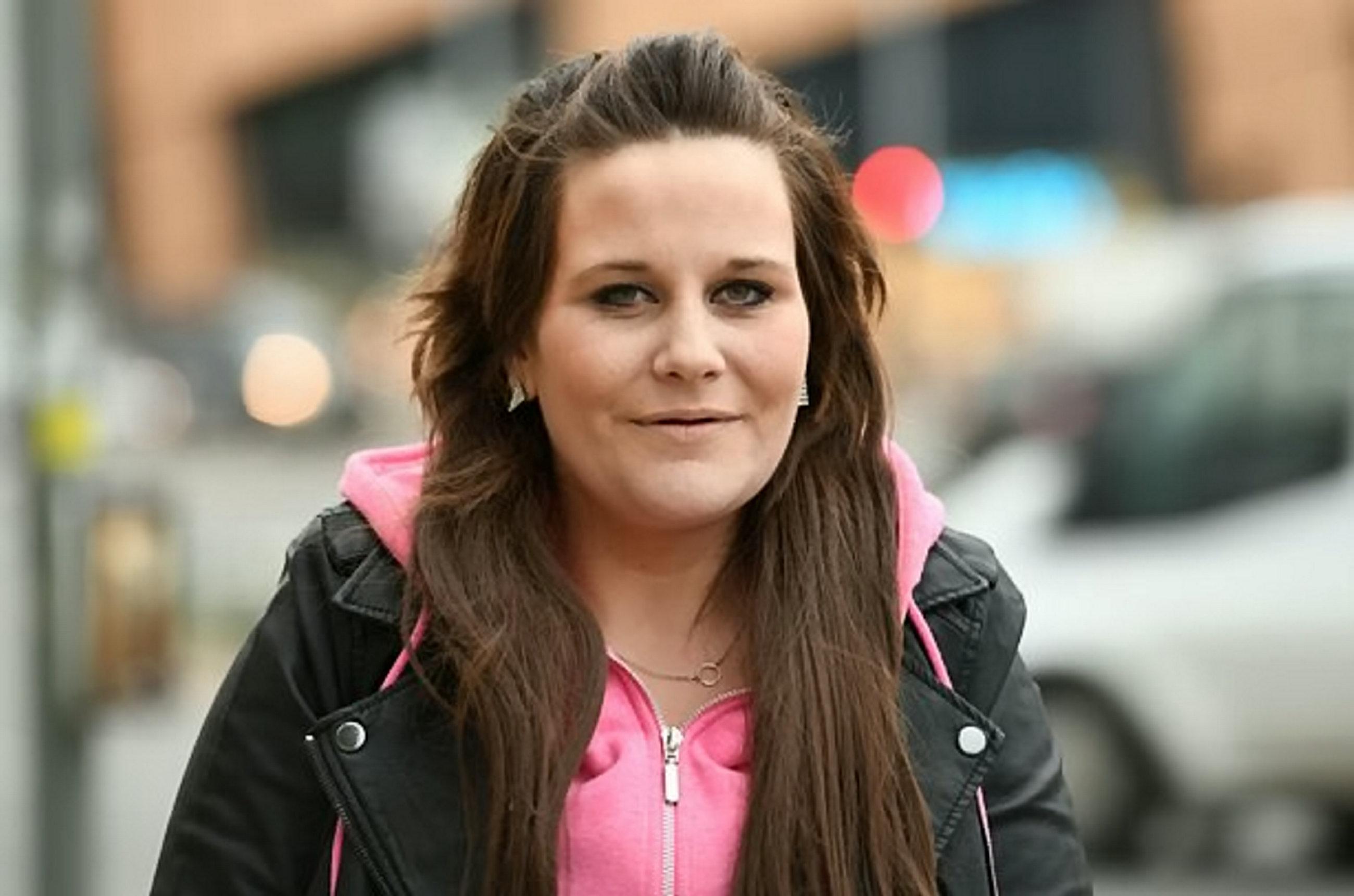 The unemployed mum, 27, took the drastic action as she wanted to give her one-year-old daughter Amy some festive cheer but can't afford it.

And today Annette was seen begging around the streets of Plymouth, Devon, to raise enough cash to buy a Christmas tree from B&M.

Annette, who has been claiming benefits on and off for the last four years, said: "Life is really hard, really hard.

"It's been particularly hard because I didn't get my backdated pay from Universal Credit.

The welfare scheme is designed to wrap a number of benefits into a single monthly payment.

Those benefits replaced include:

The Government had said that three million working households would see cash gains from Universal Credit.

Treasury officials said a couple with two children where one parent earns £30,000 a year would benefit by £425.

It has previously been criticised for lengthy delays to benefit payments, with a third of families having to wait six weeks for their first instalments.

By 2022, it is expected there will be a full roll out across the UK.

Annette admitted she got the train to Plymouth without paying, which then resulted in her getting a £20 fine.

Her plight comes as more and more people come forward to share their experiences of trying to get by on benefits.

Outcry was sparked earlier this month after it emerged Universal Credit claimants would not be entitled to a £10 Christmas Bonus.

"I've come to Plymouth to try and ask people for money so I can put money on my electric, and get £12 for a Christmas tree from B&M," Annette added.

"I want to be able to get my daughter a tree; this is my first Christmas with her."

Universal Credit is a new welfare scheme designed to wrap a number of benefits into a single monthly payment.

Millions were expected to start being moved over to Universal Credit from their existing benefits in late 2017, and the scheme was piloted in some areas of the UK.

But a national rollout has once again been delayed in October, when it was revealed some Brits could get paid an extra two weeks to stop them going into debt when going on to the new system.

The majority of users may not go onto the new system until December 2023.

What to do if you have problems claiming Universal Credit

IF you're experiencing trouble applying for your Universal Credit, or the payments just don't cover costs, here are your options:

Apply for an advance – Claimants are able to get some cash within five days rather than waiting weeks for their first payment. But it's a loan which means the repayments will be automatically deducted from your future Universal Credit pay out.

Alternative Payment Arrangements– If you're falling behind on rent, you or your landlord may be able to apply for an APA which will get your payment sent directly to your landlord. You might also be able to change your payments to get them more frequently, or you can split the payments if you're part of a couple.

Budgeting Advance – You may be able to get help from the government to help with emergency household costs of up to £348 if you're single, £464 if you're part of a couple or £812 if you have children. These are only in cases like your cooker breaking down or for help getting a job. You'll have to repay the advance through your regular Universal Credit payments. You'll still have to repay the loan, even if you stop claiming for Universal Credit.

Foodbanks – If you're really hard up and struggling to buy food and toiletries, you can find your local foodbank who will provide you with help for free. You can find your nearest one on the Trussel Trust website.