GENEVA (Reuters) – The head of an international organization who last year arranged a historic handshake between parliamentarians from North and South Korea said on Thursday he saw prospects for a breakthrough in talks on normalizing relations. 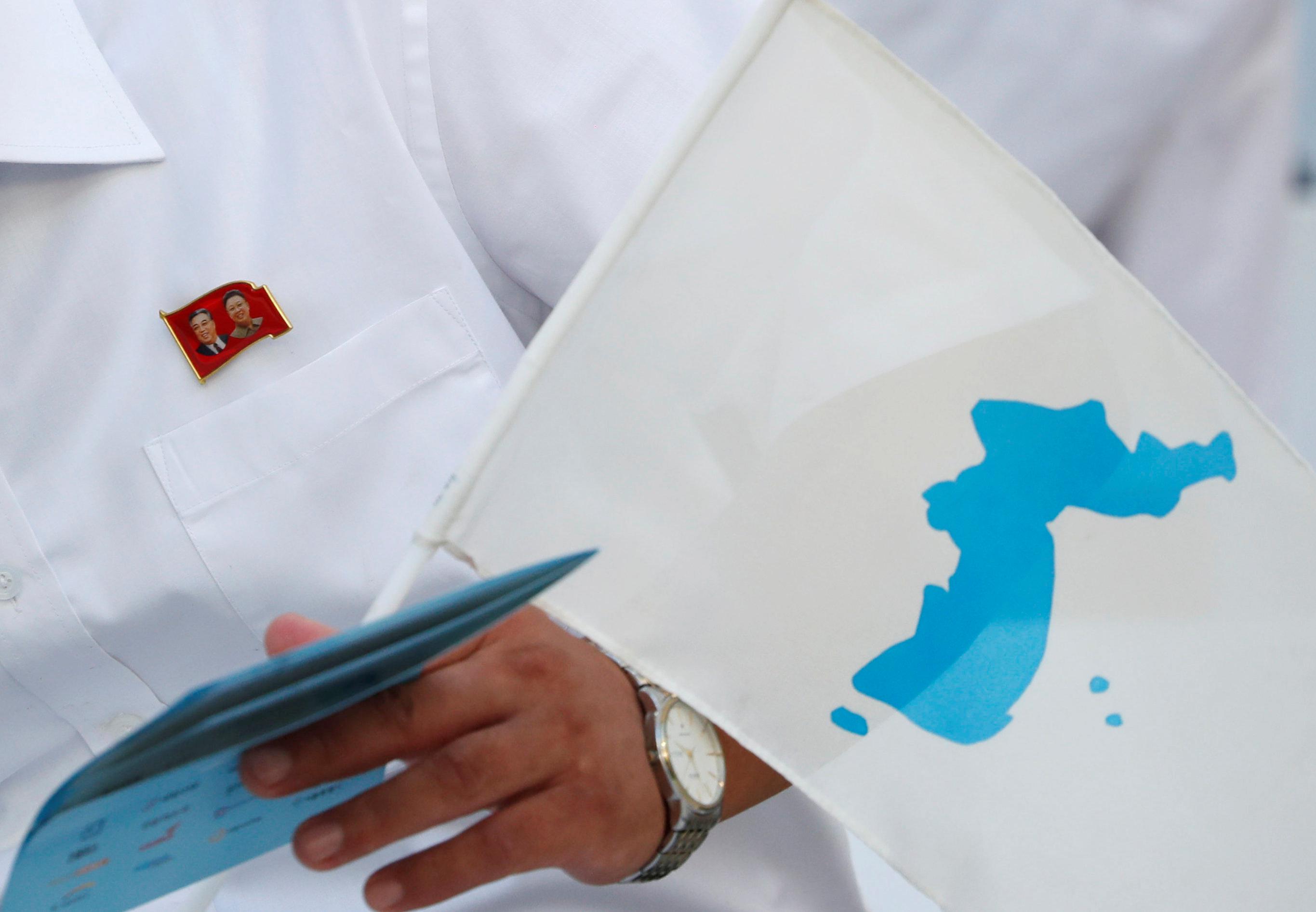 “I am engaged in ongoing dialogue between the north and the south and I’m optimistic that there will be a breakthrough,” Martin Chungong, secretary-general of the 179-country Inter-Parliamentary Union (IPU), told reporters in Geneva.

Chungong said the IPU’s role was to build bridges and it had strong ties with both parliaments.

“There is a strong will, interest and commitment to work together to help along the process of normalization on the Korean peninsula,” he said, without giving details.

As Chungong was speaking, South Korea’s joint chiefs of staff said North Korea had fired an unidentified projectile, less than a week after its leader Kim Jong Un oversaw the test-firing of multiple rockets and missiles.

But Chungong shrugged off the risk that the tests could derail the talks.

“I think personally, and realistically, this is posturing, it is part of the process of negotiations. You don’t go to bargain from a weak position. You have a full palette of requirements that you want met, and then hopefully you can find common ground.”

Chungong, who is Cameroonian, last year arranged a meeting between two senior politicians from the two countries during the IPU’s annual assembly in Geneva, which brings together members of national parliaments from around the world.

In a rare gesture of friendship, they raised a glass of Swiss wine in a toast to “peace”, one of a series of gestures that suggested relations were thawing.

Subsequently, Kim has twice met U.S. President Donald Trump, although nuclear talks between Pyongyang and Washington have since stalled, and the two Koreas remain technically at war because the 1950-1953 Korean War ended in a truce, not a peace treaty.

Asked if he thought news of a breakthrough could come in the next few months, Chungong said: “I’m very optimistic, yes.”