A sneaky dog started a game of hide and seek with her owner to avoid having to go back inside.

‘Tasha! Tasha where are you? Tasha!’ the pooch’s owner calls out to the backyard.

When the dog doesn’t respond, he slides the door closed and suddenly the adorable black and white pup pops her head up from behind a large clay pot. 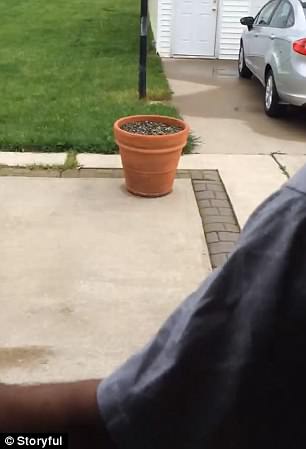 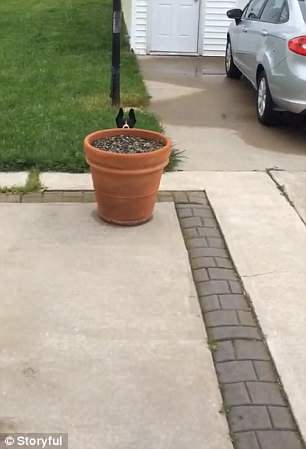 An adorable video from Rossford, Ohio, captured a playful pup named Tasha hiding behind a large flower pot. When her owner closes the door she pops up from behind the pot

When he opens the door again she immediately sinks back down and out of sight.

He calls her name another five times before closing the door again, at which point she pops back up.

Her owners start to giggle at Tasha’s shenanigans from behind the camera as they open the door a third time and she goes into hiding.

When they close the door again she comes up more cautiously than before, as if she knows they’re on to her.

The video was taken by Kelly Davenport Jackson in Rossford, Ohio, and posted to Storyful on Saturday.