This is the moment that a huge chunk of cliff collapsed in Sidmouth, Devon, sending rubble 100 feet down onto the beach below.

As the cliff hit the beach it sent a red plume of dust into the air over the Devon beauty spot.

Shocked onlooker Emily Hayter took the footage when she was walking along the beach on Bank Holiday Monday. 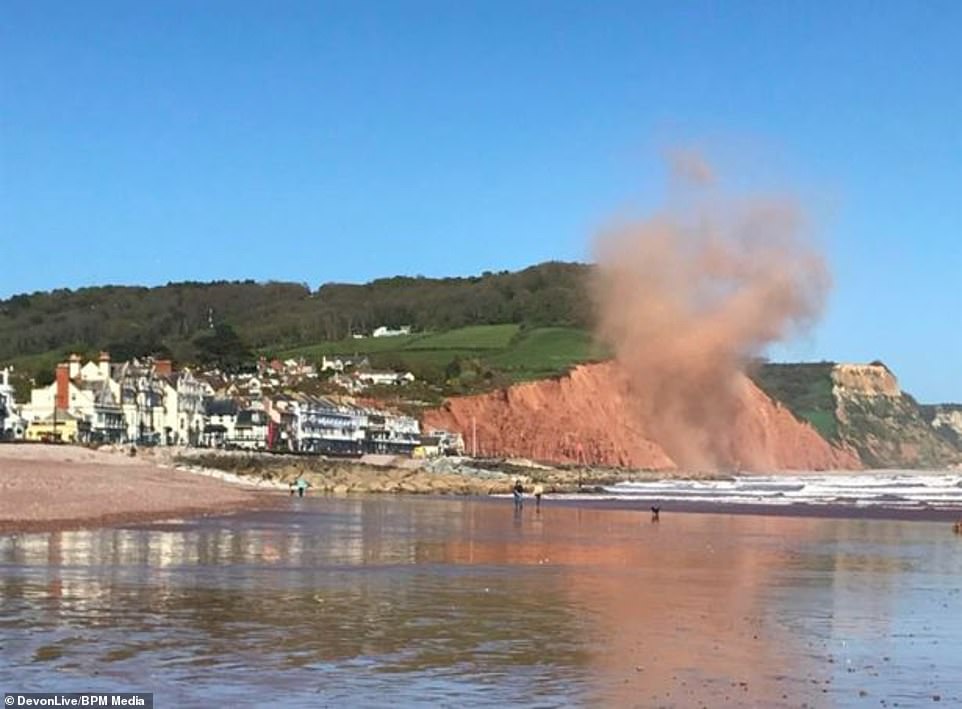 Emily said: ‘I suddenly saw a huge dust cloud so I could tell it must have been a fairly big fall!’

She posted the video on the Sidmouth community Facebook page and other members shared their pictures.

Julie Barber saw the cloud of red dust while walking on Peak Hill. She noticed it when she was looking at the view at the top. 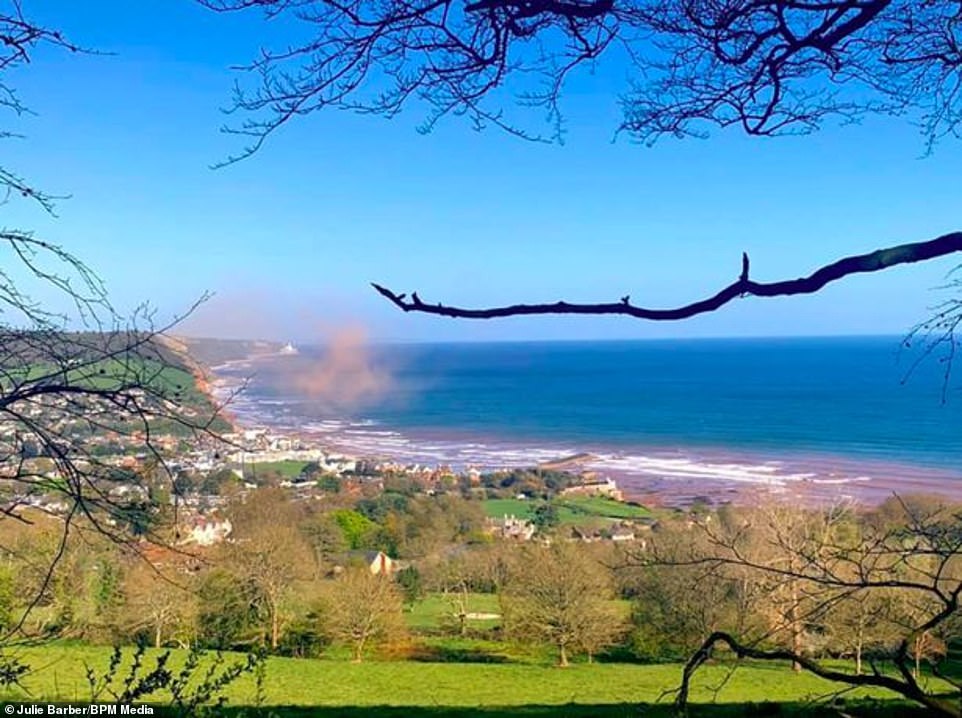 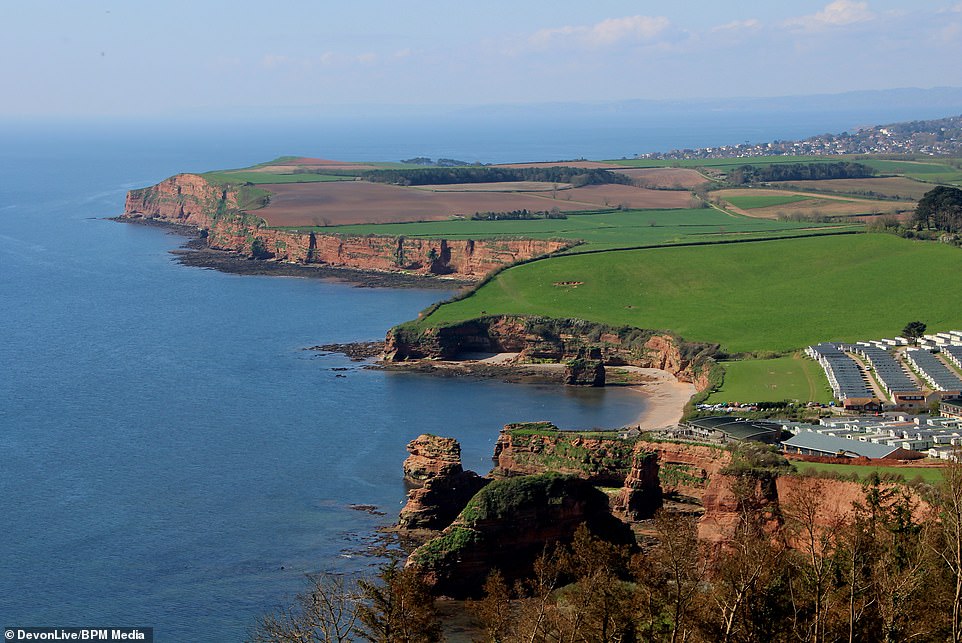 This is the latest cliff fall at Sidmouth after Ellie Williams noticed small trickles of soil going down the cliff last month. Peak Hill area of Sidmouth is pictured before the cliff fall

This is the latest cliff fall in Sidmouth as similar incidents of the red sanstone cliffs collapsing have happened in the past year.

She described the fall as like a ‘big thunder crash’ after people started gathering at a safe distance.

Over the Easter weekend last year thousands of tons of cliff fell on to the beach below in two rock falls.

The beaches below were full of people. Dust from the cliff was thrown into the air and rocks fell more than 100 feet. 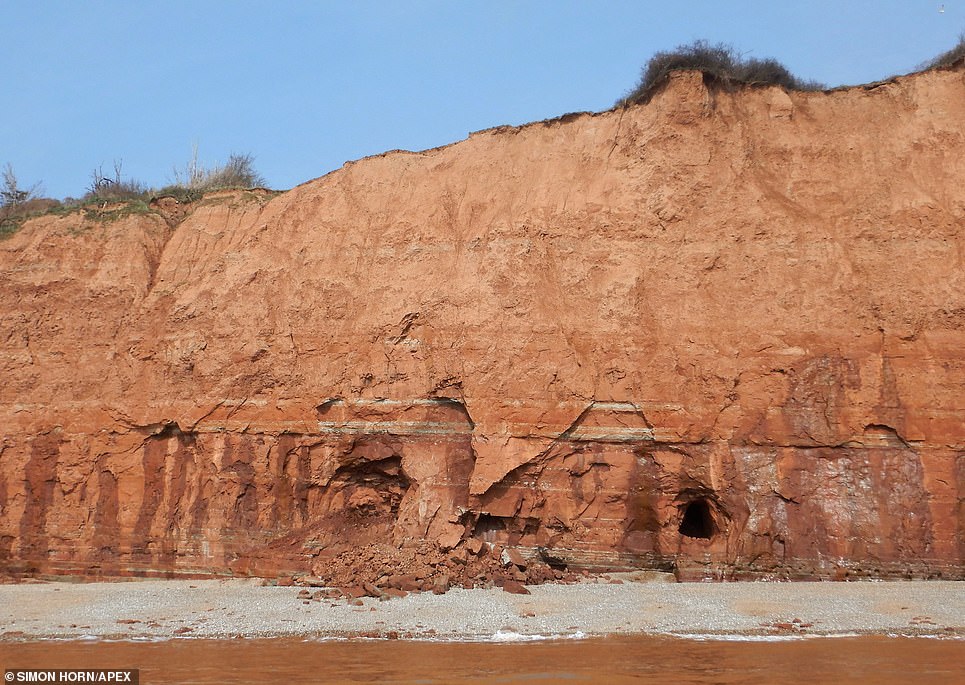 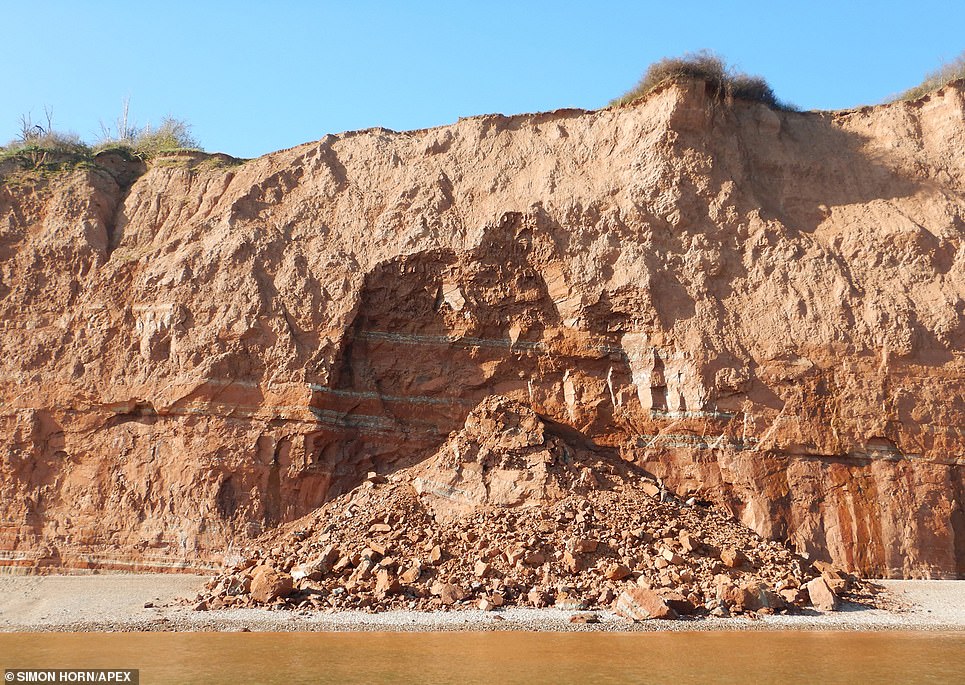 Before and after: The fall on Sunday followed another at East Beach in Sidmouth where rubble crashed down and blocked off a cave over Easter 2019 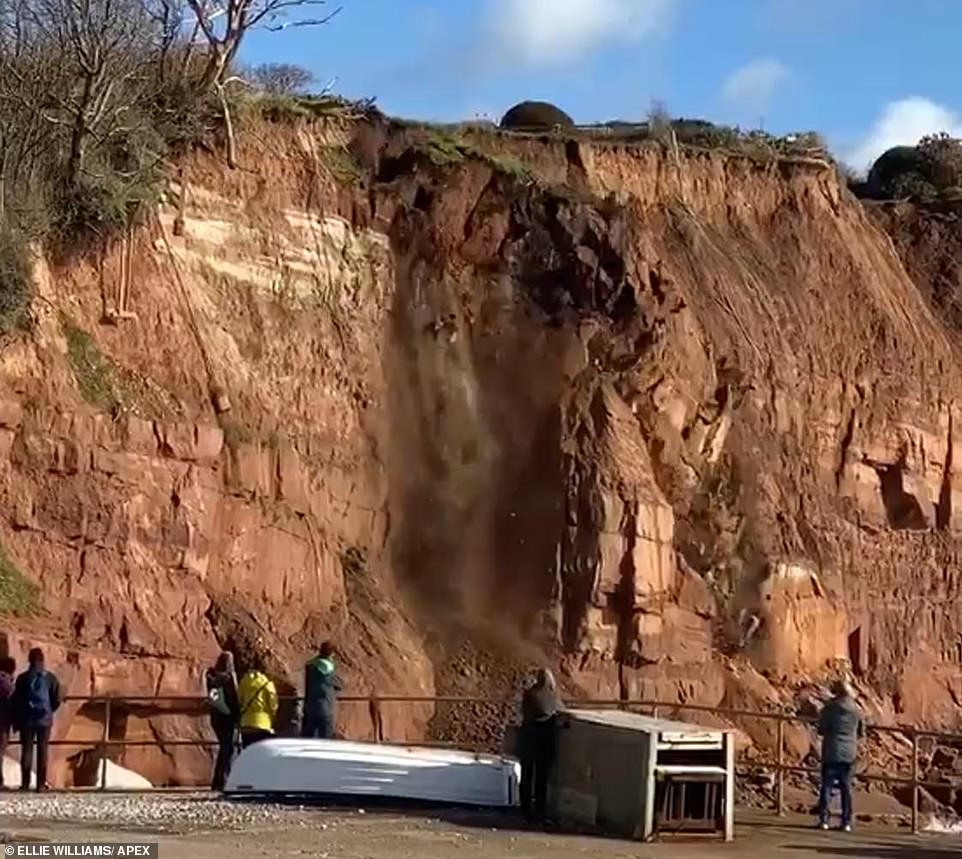