SEOUL/BERLIN (Reuters) – If North and South Korea succeed in their long-shot bid to host the 2032 Summer Olympics, any athletic feats at the Games may be overshadowed by the political achievements needed to make it happen. 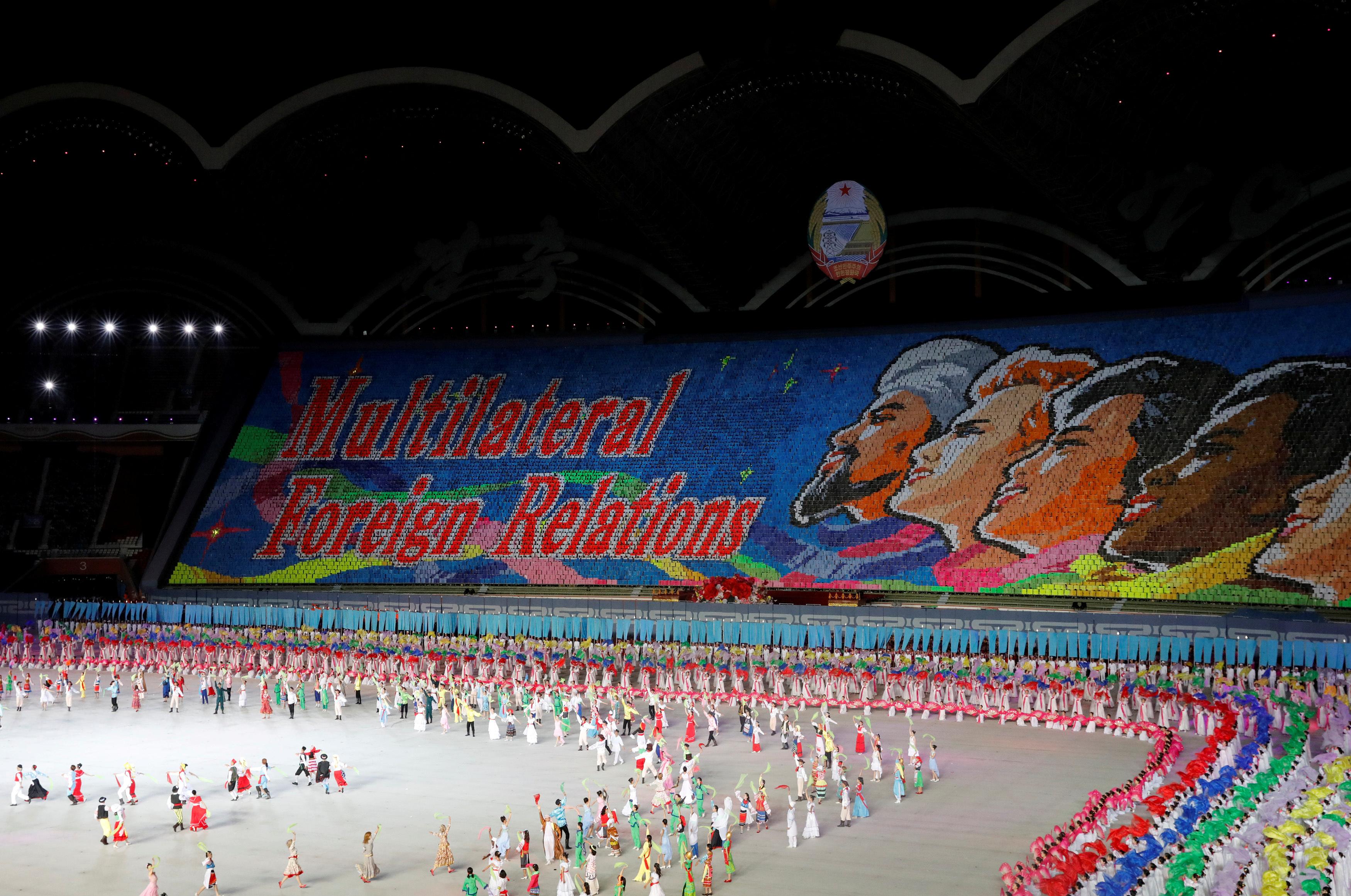 Buoyed by the role the 2018 Pyeongchang Winter Olympics played in easing tensions last year, South Korean and North Korean officials are due to meet on Friday with the International Olympic Committee (IOC) in Switzerland to discuss what would be the first ever bid by two countries.

To make Olympic history, experts say the bid would need to overcome international sanctions against North Korea, decades of mistrust between Seoul and Pyongyang, and wide political and economic differences between two countries still officially at war.

The Switzerland meeting comes ahead of a second summit between North Korean leader Kim Jong Un and U.S. President Donald Trump in Vietnam, which will be key to the future of reclusive North Korea’s relations with the world.

Since the Olympic bid was announced after a summit between Kim and South Korean President Moon Jae-in in Pyongyang in September, South Korean officials have been pushing forward with plans despite the obstacles. On Monday Seoul was named as the city that would make the South Korean bid.

In a statement, Seoul Mayor Park Won-soon said officials would soon seek to establish a line of communication with Pyongyang and “make all-out efforts” to co-host with North Korea and make the 2032 Olympics the “last stop to establish the peace”.

For its part, the IOC said in a statement it “welcomes very much” the two Koreas’ intention to jointly host the 2032 games, as “sport could once more make a contribution to peace on the Korean Peninsula and the world”.

“From a political perspective it would be huge,” said one senior IOC member who spoke to Reuters on the condition of anonymity because of the sensitive process. “Because we can say that the IOC brought peace in that area a year ago during the Games in Pyeongchang and it is a huge achievement for the IOC and President Thomas Bach.”

“We have not really spoken about it yet,” another member said. “Any discussions today are more an exercise in political marketing than real details of such Games.”

Last year’s Games in Pyeongchang may have left warm feelings in Seoul and Pyongyang, but the two Koreas share an older, darker Olympic history.

After Seoul was selected to host the 1988 Summer Olympics, North Korea proposed that it be allowed to co-host the Games.

Those talks went nowhere and just months before the Olympics opened, North Korean agents bombed a South Korean airliner, killing 115 people. The one surviving agent said the attack was aimed at disrupting the Games.

North Korea also faces international sanctions over human rights abuses, including prison camps and repressive control over much of the population.

“At this very moment it is difficult to imagine it without some huge political changes,” one senior IOC member told Reuters, comparing the idea to East and West Germany trying to co-host the Olympics at the height of the Cold War. “Is it possible or realistic to have Games in two countries with such different political, economic and infrastructure systems?”

Advocates see the Olympics as precisely the vehicle to bridge many of the gaps between the two Koreas.

“The fact that North Korea is pursuing hosting an Olympic games is a statement of their intent to denuclearize, to become part of the international community, and to open their doors,” said chairman of South Korea’s parliamentary sports committee An Min-suk.

A joint bid could be welcomed under the IOC’s Agenda 2020 and New Norm reforms of recent years, which aim to reduce the size of the Games and the burden on the host city or country.

Among a long list of potential bidders mentioned for the 2032 Games are Mumbai, Shanghai, Melbourne, Johannesburg and the German state of North Rhine-Westphalia.

South Korea has made a positive impression both times it hosted the Olympics, the second IOC member said.

“The level of organization is fantastic,” the member said. “It means they have the skills for such events.”

The North Koreans, meanwhile, have long made athletics a major part of their international outreach, and have poured significant amounts of their limited resources into building sports infrastructure as part of Kim Jong Un’s drive to become a “sports power”.

For example, they tout Pyongyang’s May Day stadium as one of the largest in the world, and it already sports Olympic rings and a cauldron for an Olympic flame.

This was not lost on international visitors who attended the opening of the “Mass Games” performances there in September.

“This looks like an audition for an Olympics opening ceremony,” Gianni Merlo, the head of the International Sports Press Association told Reuters at the event.

Other countries have pitched multi-city Olympics, including an Italian bid that is one of the finalists of the 2026 Winter Games.

During the 2018 Winter Olympics in Pyeongchang, North Korean athletes could not be gifted the Galaxy Note 8 smartphones that sponsor Samsung Electronics gave to all athletes, due to sanctions.

“But in order for it to happen, everything has to go together – resolution of the North Korean nuclear issue, the U.S.-North Korea relations, and the acceptance of the international community.”