The 81-year-old actor faces up to 30 years in prison after being convicted of three counts of sexual assault which took place in 2004. 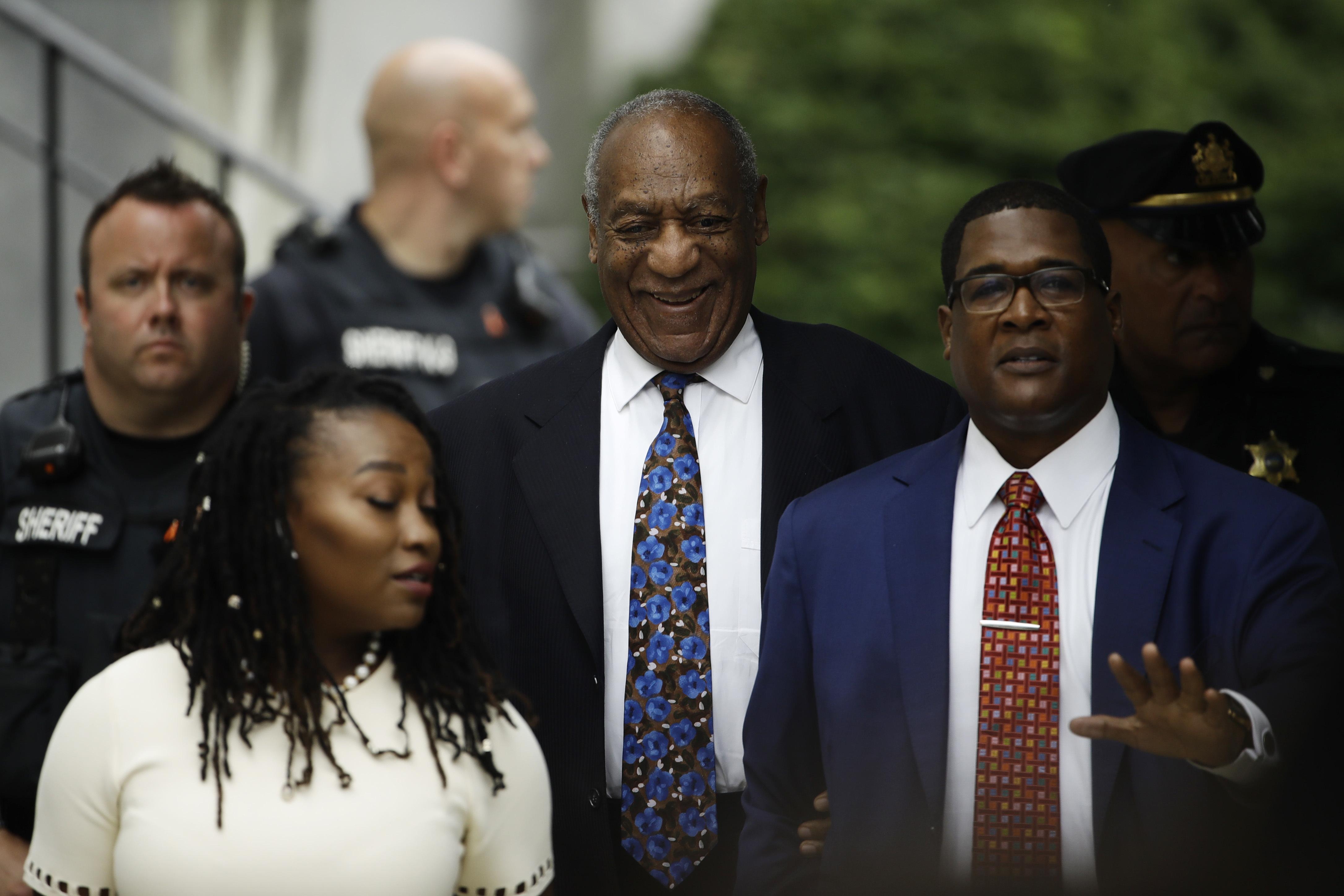 His spokesman Andrew Wyatt opened up to reporters as he walked into a Philadelphia courthouse today for the start of the two-day hearing.

Cosby – seen seemingly joking with fans outside court – is to be sentenced for drugging and molesting  Andrea Constand at his home in the city.

Wyatt revealed those close to Cosby are telling him to "stay strong and stay focused" adding the shamed comedian is in "great spirits."

Cosby became known as America's Dad for his role as Dr Cliff Huxtable on the top-rated 'Cosby Show'  – which was hit around the world. 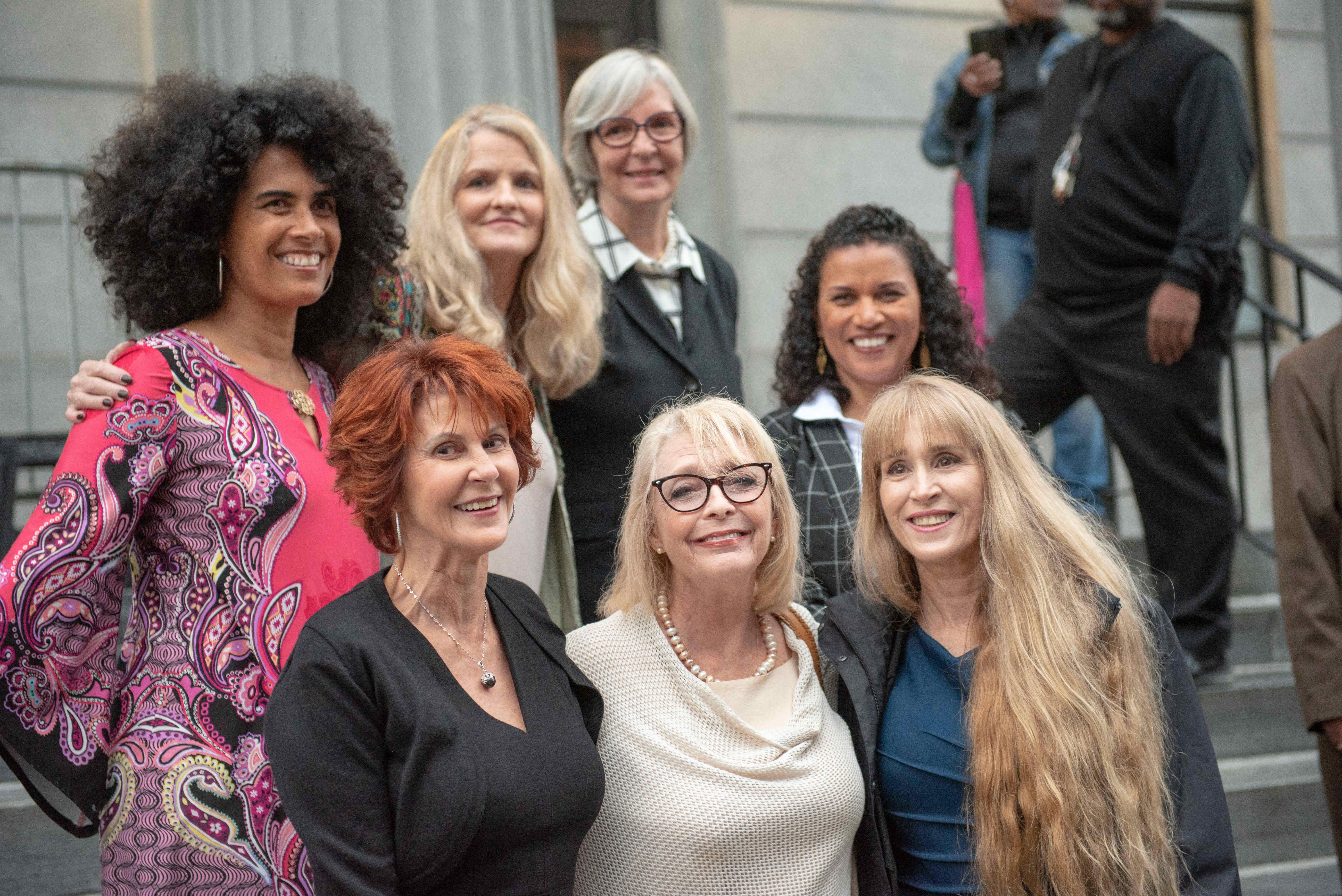 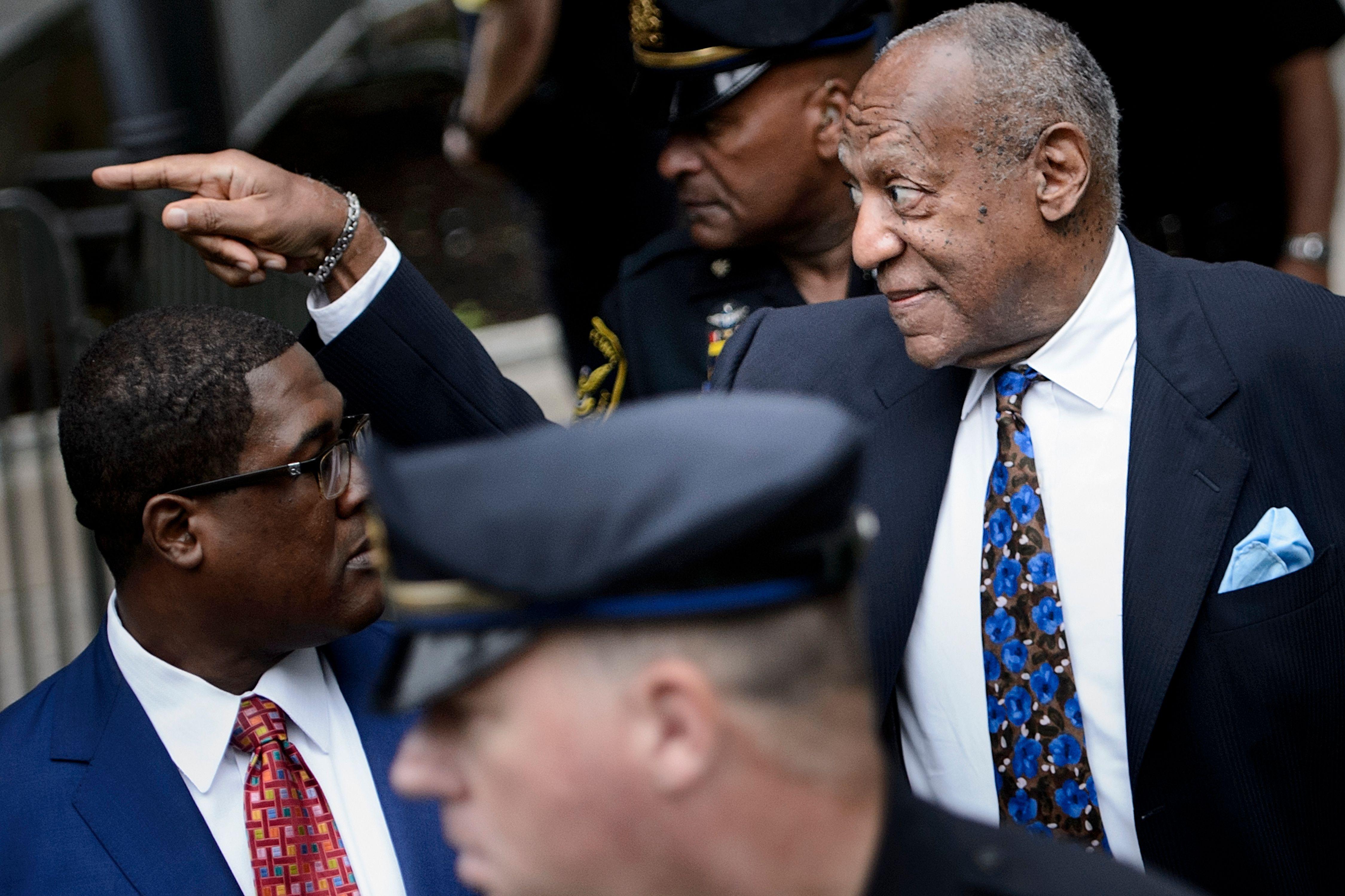 His close friend Wyatt today insisted "they won't ever take that away. You can't take away the legacy."

Some 60 women have accused Cosby of sexual assault, but only the Constand case went to trial. Cosby was convicted in April and faces years in prison.

His lawyers and a state-appointed psychologist argued in court on Monday over whether the disgraced comedian should be deemed a "sexually violent predator" under Pennsylvania law.

Cosby is the first celebrity to face possible prison since the start of the #MeToo movement, the national reckoning with sexual misconduct that has brought down several powerful men in showbiz. 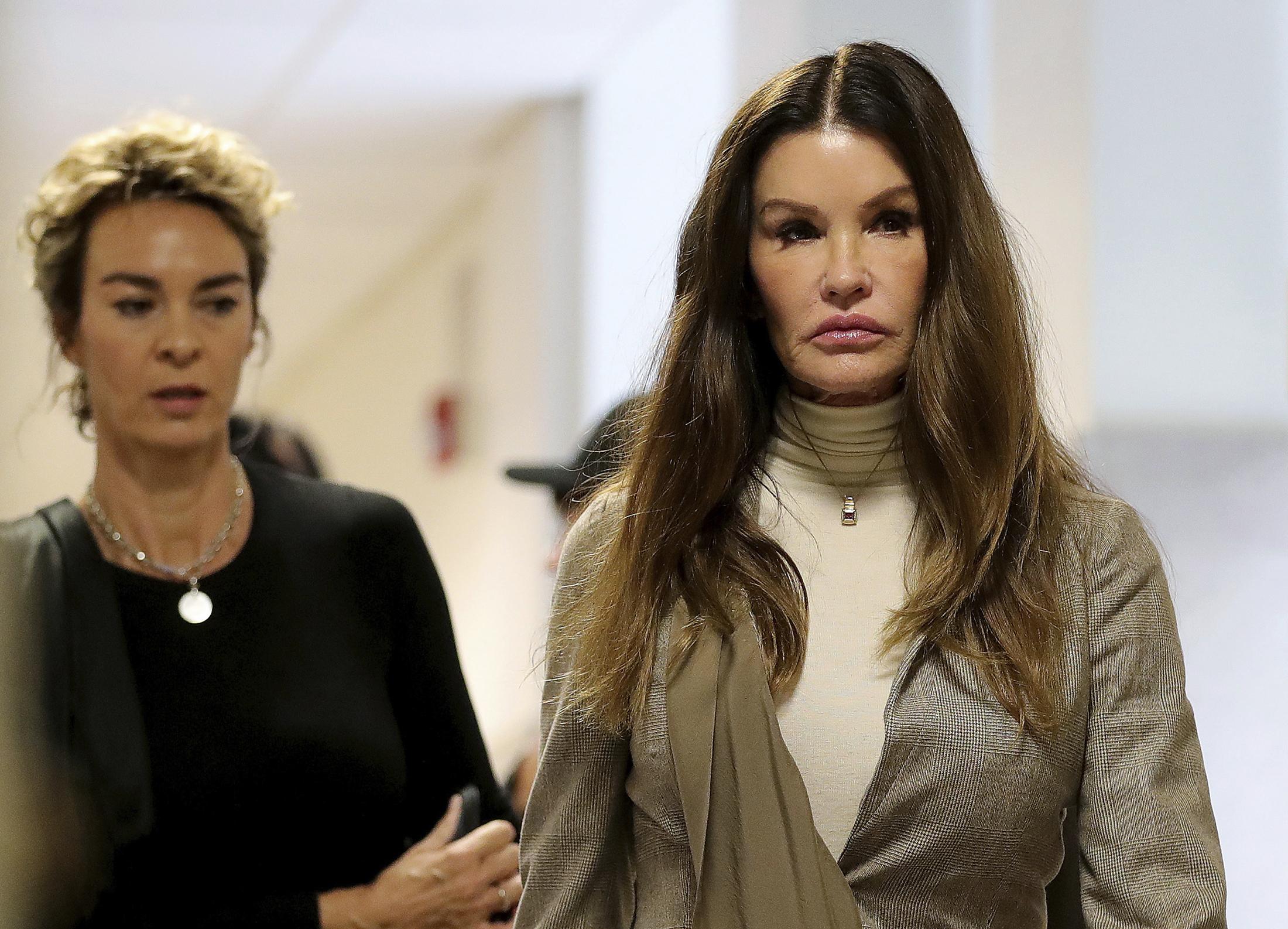 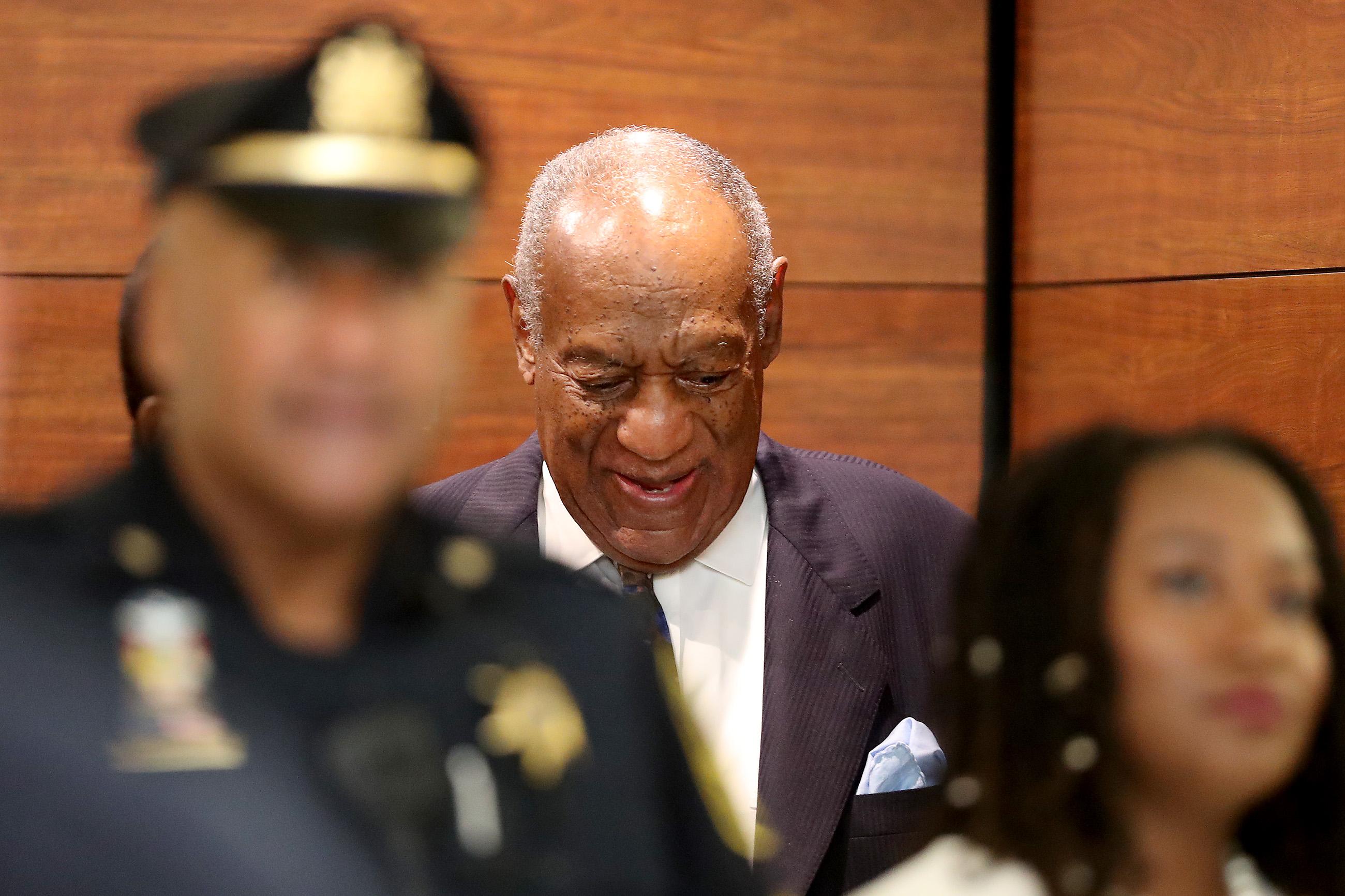 He was convicted of drugging and sexually assaulting Ms Constand, a former administrator at his alma mater Temple University, at his home 14 years ago.

If Judge Steven O'Neill agrees with prosecutors' recommendation to label him a predator he would be required to have monthly counselling and register as a sex offender for the rest of his life.

Kristen Dudley, a psychologist with the state sex offender board, told the court that Cosby met the criteria to be labeled a predator.

She said people who commit this sort of aberrant sexual behaviour were likely to re-offend.

"He is an esteemed member of the community and is able to meet and befriend people," Dudley said, adding that Cosby has been accused of sexually assaulting female acquaintances.

Cosby had arrived earlier at the courthouse in Norristown, walking with a cane and holding the arm of his spokesman,

A number of accusers, including model Janice Dickinson, were on hand for the sentencing hearing.

In an exclusive interview with DailyMailTV, she said: "I hope they lock him up without any privileges for the rest of his life.'"

Cosby faces up to 10 years on each of three counts of aggravated indecent assault, although it is unlikely the judge would go as high as 30 years, according to legal experts.

State sentencing guidelines, which are not mandatory, recommend a sentence between two and four years.

Cosby's first trial in 2017 ended in a mistrial when jurors could not reach a unanimous verdict.

Soon after that proceeding, a series of women began leveling sexual misconduct allegations against influential men, launching the #MeToo and #TimesUp movements that have encouraged victims to speak up about their experiences.

The judge allowed prosecutors to call five other accusers as witnesses in Cosby's second trial over the objections of his defense team, bolstering Constand's account.

All of the women told stories that were markedly similar to Constand's –  Cosby would offer to be their mentor before plying them with alcohol and drugs and sexually assaulting them.