The shocking Snapchat video is believed to have been filmed outside a fast food branch in Barking, East London. 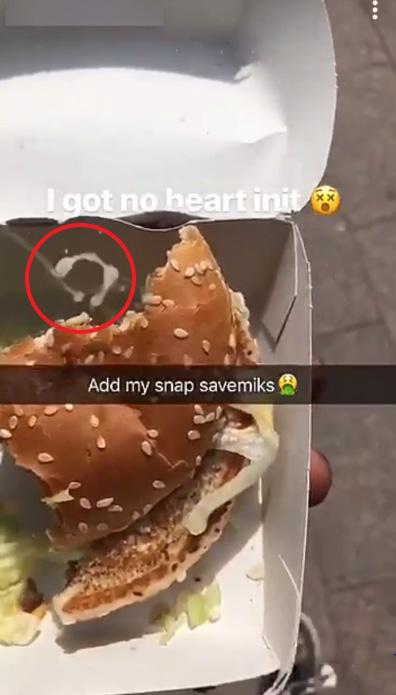 The clip, filmed on a mobile phone, begins with the man showing his half-eaten Big Mac to the camera.

Across the screen is a Snapchat filter with the text “I got no heart innit”.

It was posted by Mikel Edwards, who goes by the username ‘savemiks’. 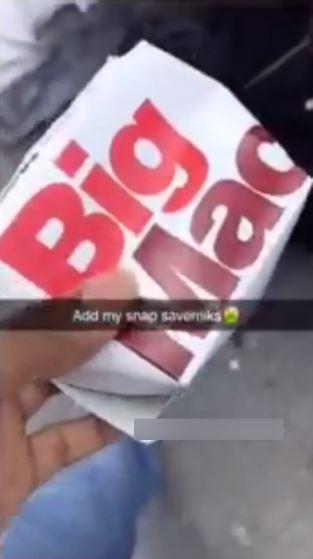 Then Mikel spits on the McDonald's Big Mac and saliva can be seen dribbling all over the burger.

As he spits on the fast food, his friends can be heard in the background groaning in disgust at his actions.

Do you know the man who filmed the shocking footage? Call the Sun Online newsdesk on 0207 782 4368 or email [email protected]

Unmoved by his mate's disgust, he proudly boasts “You see that! Watch this now innit” and then begins walking towards a homeless man who is sitting by a wall in the distance.

Mikel approaches the homeless male and asks “Do you want a burger as well?”. 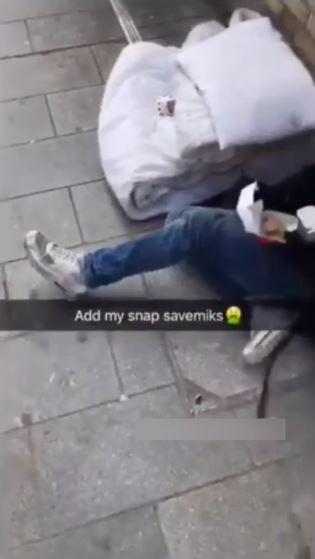 He passes the dirty Big Mac to the man – who can be seen sitting on the pavement next to a duvet.

The hungry homeless man accepts the contaminated fast food and then appears to say thanks to Miken.

With no apparent remorse, Mikel then says to his victim “No problem man. Enjoy it.”

Mikel then films the starving homeless man devour the leftover burger and the camera cuts away. 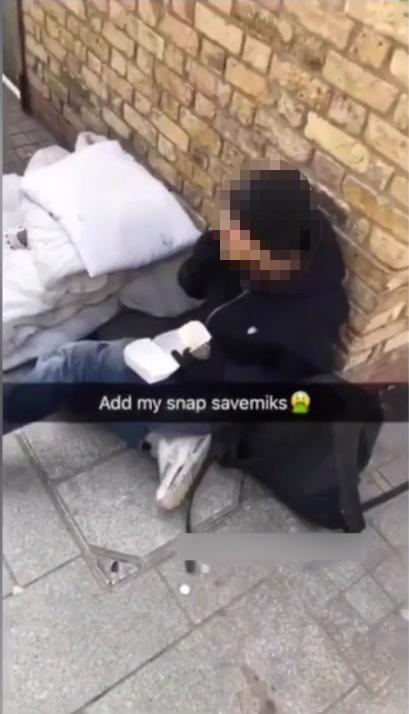 He shared the footage on social media and seemed to hope that the appalling stunt would attract more followers for his Snapchat profile – even advertising his snap username on the video.

However the video has been condemned by social media users and many have declared their outrage at the cruel stunt.

@moniqueee_x_x said “Nah that just makes me sick in the gut” and @misslulan commented, “He’s trying to act big by being cruel to someone vulnerable.

"This guy is scum and needs a reality check, it could be him on the streets one day”.

A user called Sana also condemned the act, “Just for a few likes on gram [sic] and to gain a few followers you picked on the most vulnerable.

"Someone who didn’t do nothing to you, this is disgusting… the lowest of the low”.