Ex-employee Kayleigh Greatorex said she filmed herself having to carry out the degrading task while working at a branch of the fast food chain in Bexley, South East London, last year. 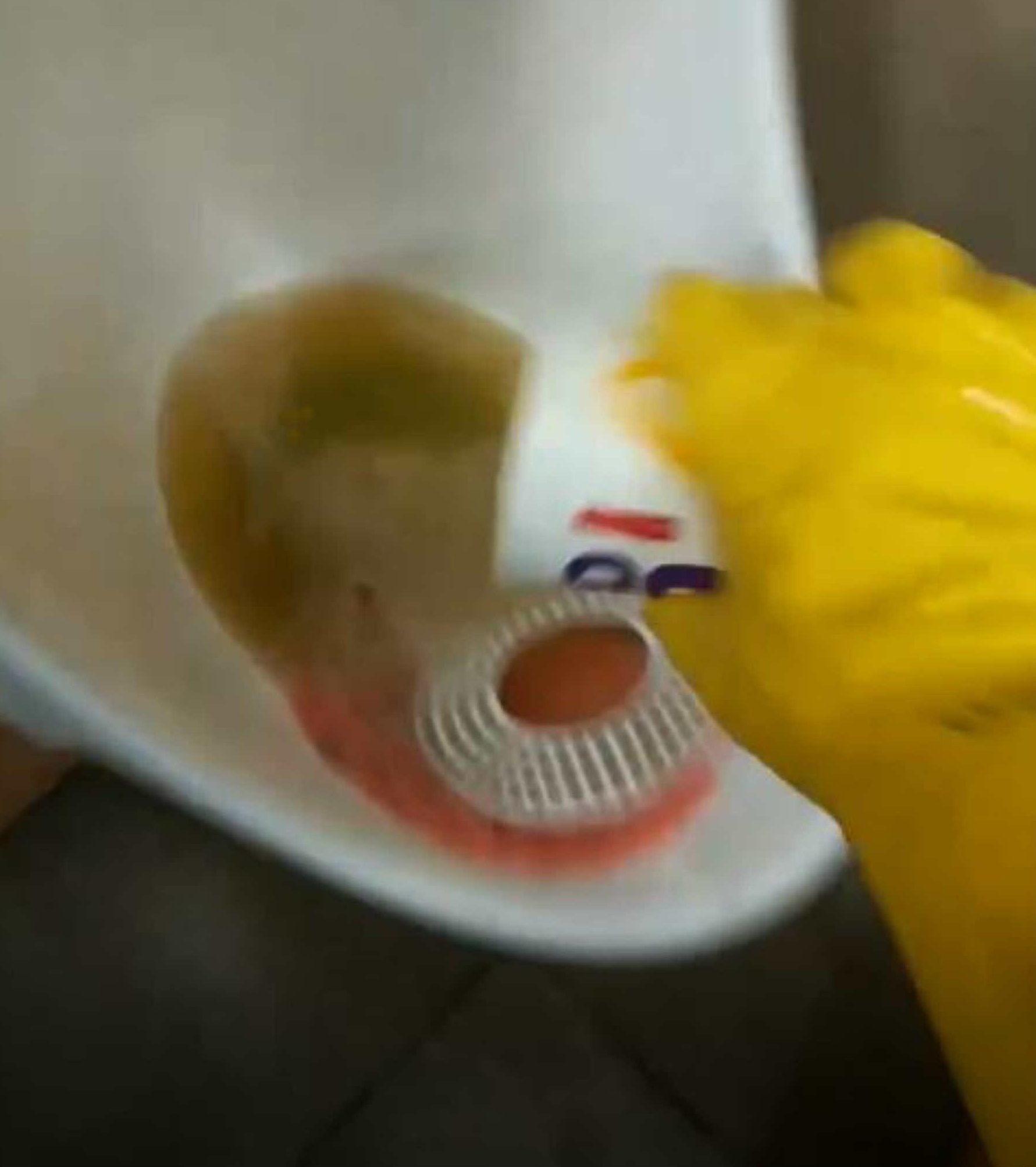 The disturbing video shows Kayleigh, 20, wearing yellow rubber gloves and holding a McDonald’s cup, then scooping out the contents of the obviously blocked urinal into the cup.

She then turns and empties the contents into a sink behind her, before repeating the process several more times in a customers' bathroom.

Kayleigh, who claims she resigned shortly afterwards, says she was made to completely empty the urinal and that she carried out the same task on another occasion at the Tower Retail Park in Crayford, Bexley.

She first posted the video on her Facebook in August last year, complaining her "job is a joke" and "cannot be normal" and claiming the firm cannot be "f***** to call a plumber." 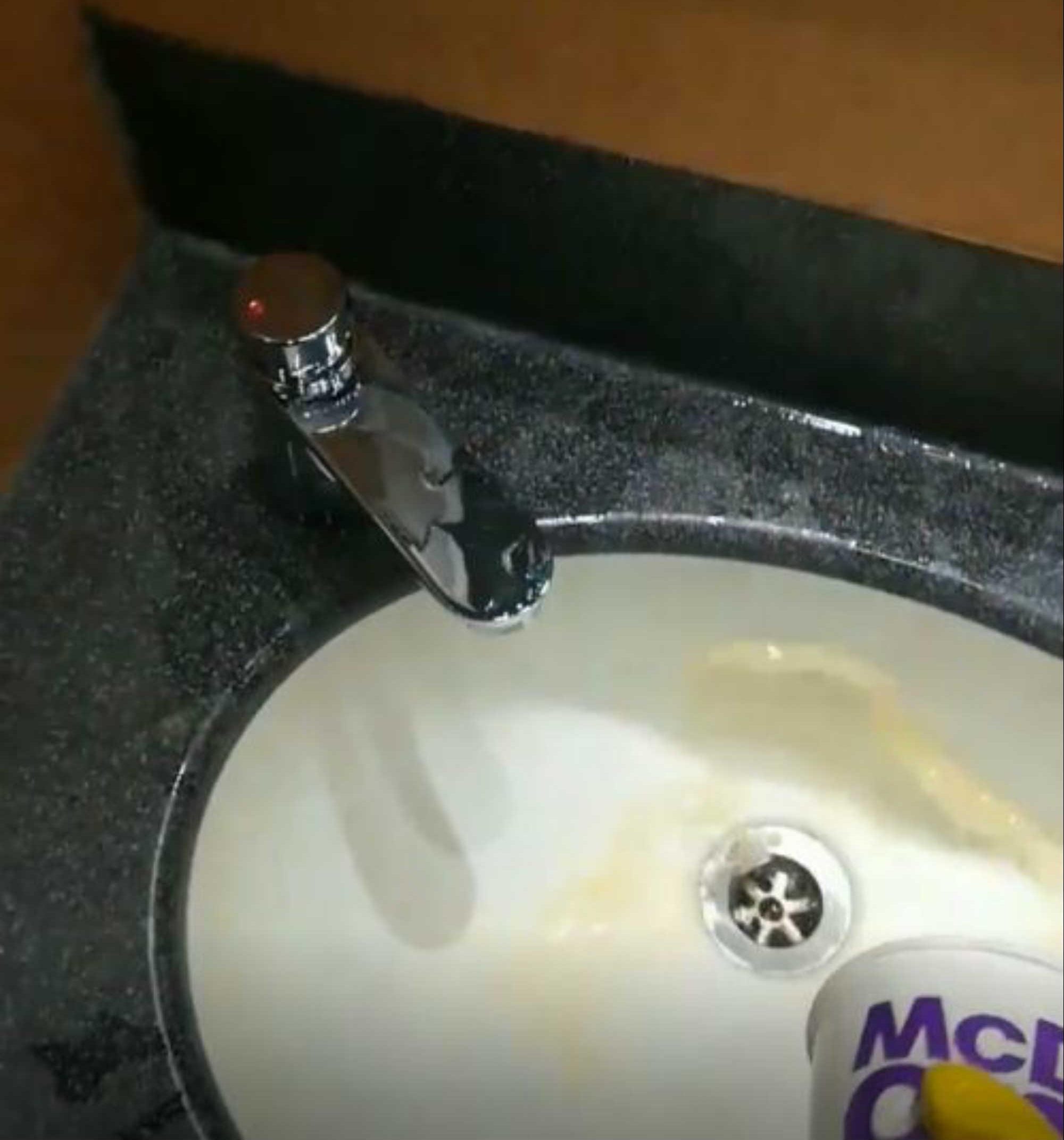 And she has now decided to to make the allegations public to highlight what she claims are dubious hygiene standards at the branch.

One social media user responded: "Refuse next time they don't pay you enough!"

Another user said: "I think head office would like to know that the sink customers wash their hands in is being used as a urinal."

While another claims to have had the same experience: "I work for McDonald's and I have to deal with this all the time. We don't get paid enough to be cleaning urinals and damn toilets." 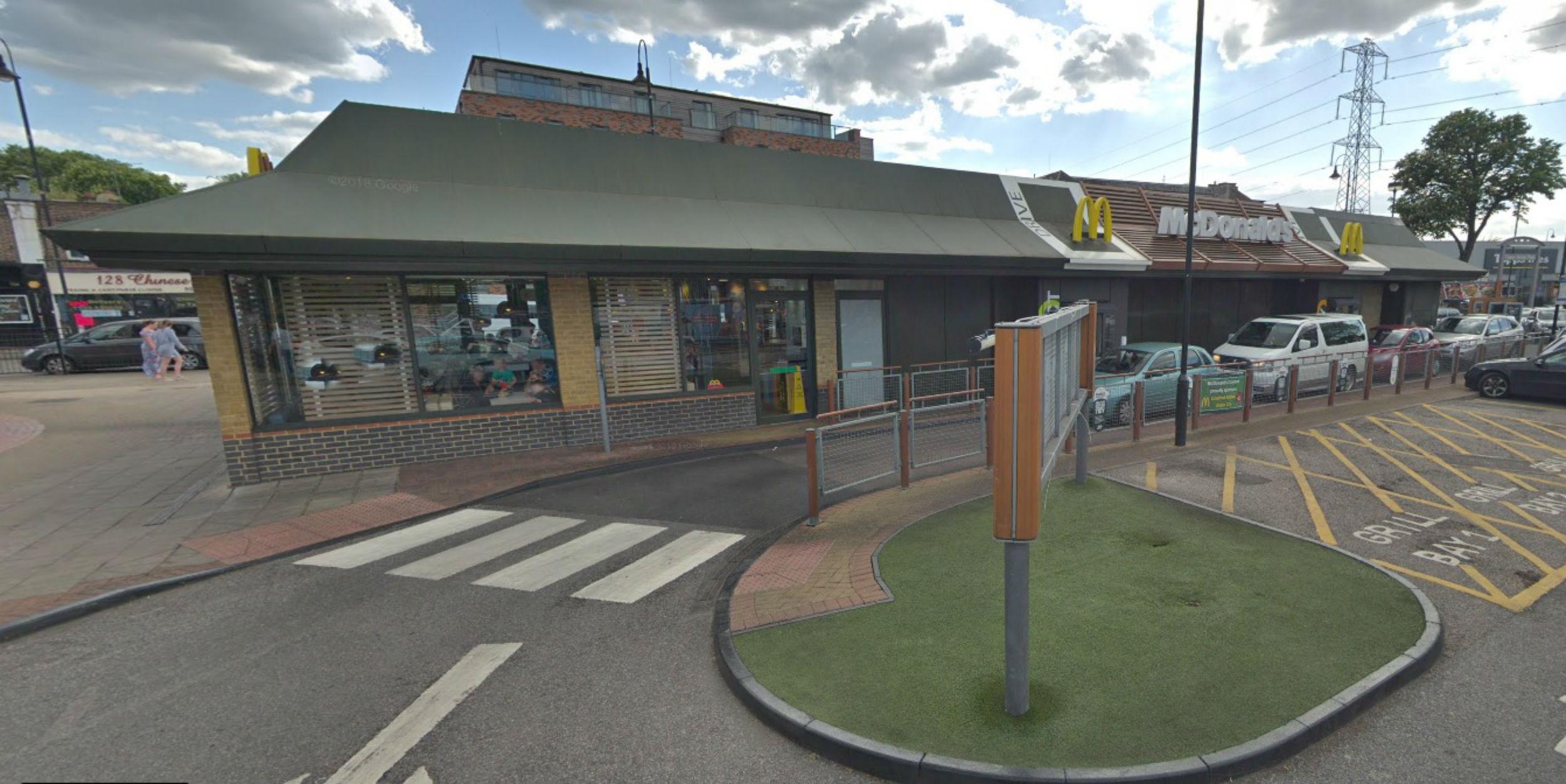 Kayleigh, who lives in Newham, East London, said: “I was assigned to the floor and was told to clean the toilets which wasn’t my job.

“I was told to ‘go and get a cup and pour it down the sink’ which I know myself isn’t normal.

“Surely it would have been more hygienic to pour it in the toilet? I also asked the shift manager, 'Shouldn’t you call the plumber?'

“The next day I was told to do the same thing again and it was flooded again.” 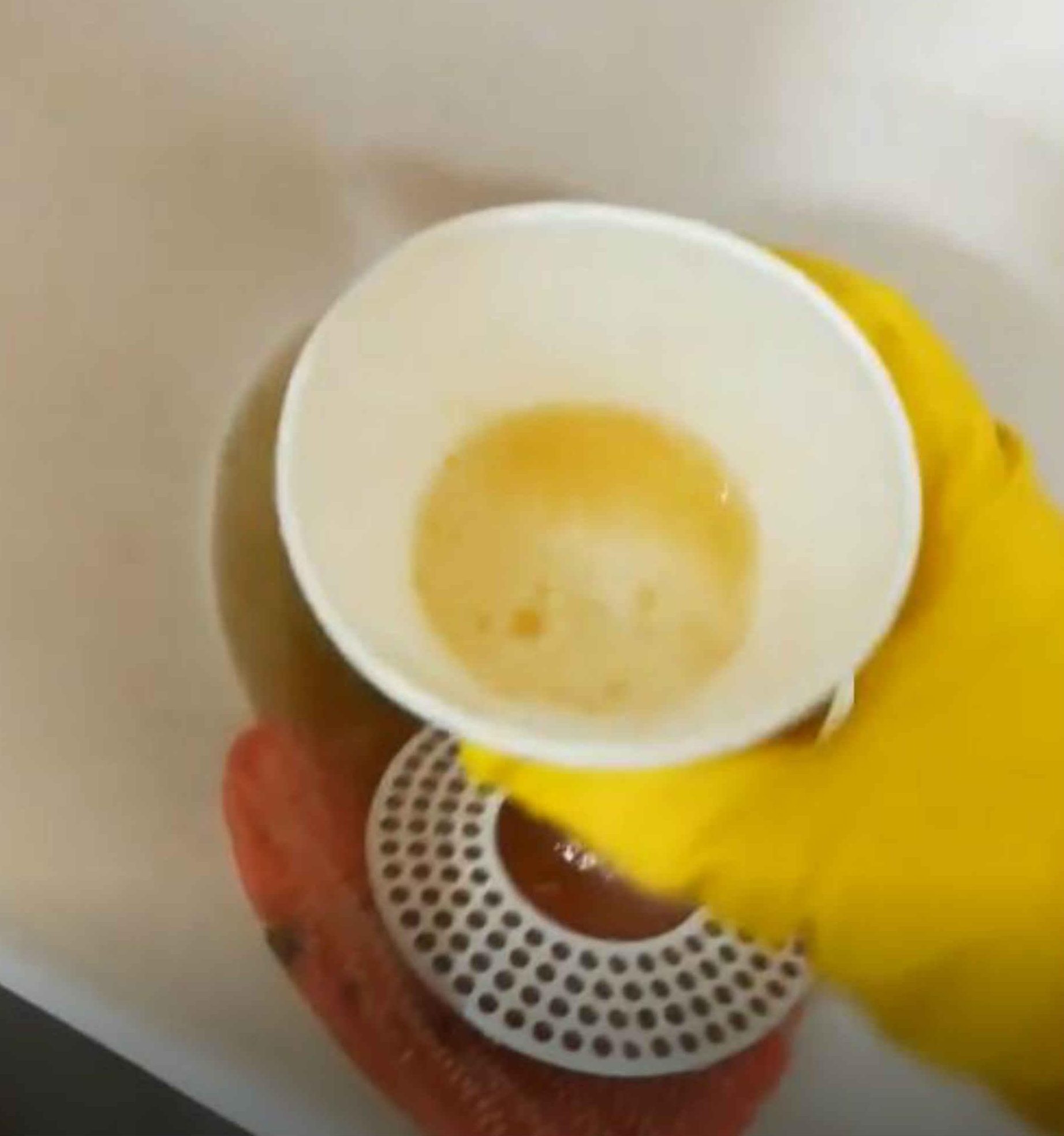 She added: “I ended up walking out of that place. I didn’t get paid enough for doing that

“It wasn’t hygienic and it’s just not nice. I was told, ‘If you don’t like it then just go home'.

“They have no respect for their workers, they just don’t care for their team members. It’s vile.”

Mcdonald's confirmed that they were investigating the incident.

A spokesman said: “Hygiene and safety are of paramount importance to us, and we ensure the toilets in our restaurants remain at the highest standards of cleanliness by having them checked frequently and cleaned whenever necessary.

“In this case, the actions taken were clearly not in line with our policies or the training our people receive. We are currently looking into this incident.”

Last week, customer Ben Terry was left outraged after claiming to find “human poo” on the floor of the McDonald’s toilets of the Forest Gate branch in Newham, East London.

A spokesperson for the chain said that incident was resolved quickly and professionally by their restaurant crew.