District and Circle lines shut and delays on the Piccadilly Line

A person was killed after being hit by a train at Gloucester Road Underground Station in Kensington this morning.

Commuters were hit with serious delays across London after the  person, reported to be a man, was hit by a train.

British Transport Police confirmed the death after the incident at the station at around 7.50am. 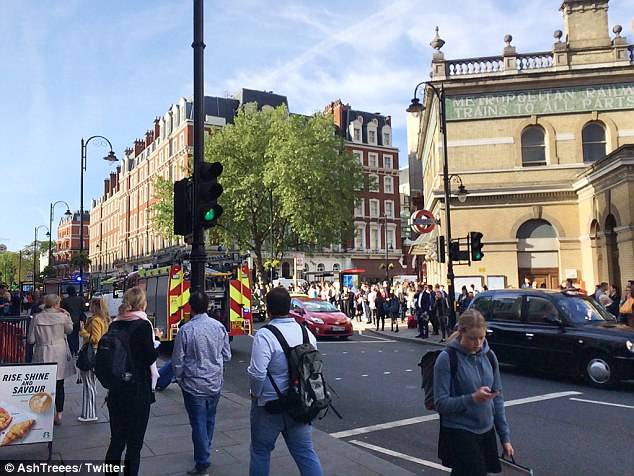 Gloucester Road was closed to commuters this morning after a person was killed on the tracks. Police have said the death was no suspicious 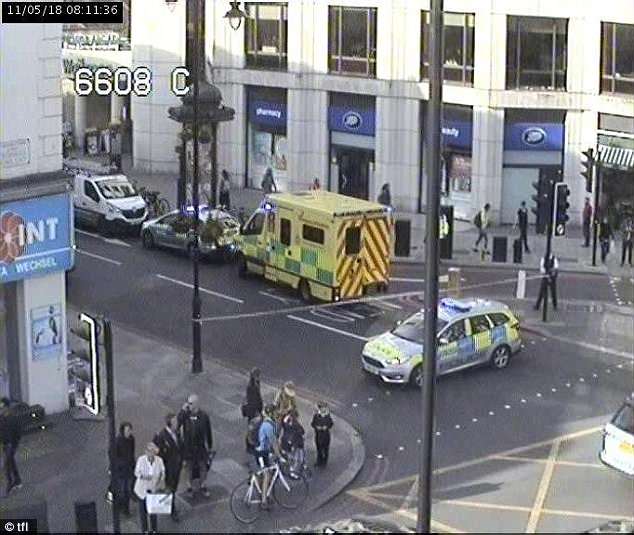 Services have now resumed between Earl’s Court and Embankment in both directions after serious delays on the District and Circle Lines.

Gloucester Road was closed due to a ‘customer incident’ but has now re-opened.

Social media users the reported being evacuated from their carriages at Gloucester Road.

One woman wrote on Twitter: ‘Someone has just jumped under the tube that I am on, we are now all being evacuated. Awful. Awful. Awful.’

Police and paramedics descended on Gloucester Road, on the A4 at the junction of Cromwell Road in Kensington.

A British Transport Police statement said: ‘We were called at 7.52am today (11/05) to Gloucester Road Underground station following reports that a person had been struck by a train. 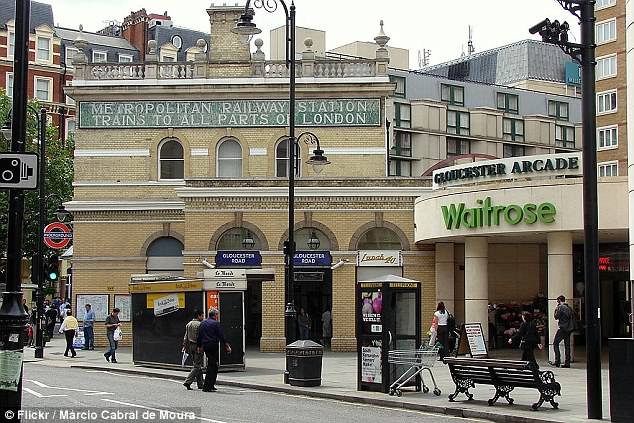 ‘Officers attended alongside paramedics from the London Ambulance Services, sadly a person was pronounced dead at the scene.

‘Officers are working to identify the person and inform their family.

‘This incident is not currently being treated as suspicious and a file will be prepared for the coroner.’

Traffic is now passing through the area. Bus route 49 is no longer being diverted.

Large crowds were packed onto station platforms at Earl’s Court and Wimbledon as a result of the incident at Gloucester Road.