Four years after a Russian supermarket owner was bashed to death in New York for a bag of cash, a NSW detective trailed a muscly amateur wrestler through the streets of Sydney's inner west and eastern suburbs.

When Abakar Gadiyev threw out a can of Red Bull one day in April 2013, the detective pounced.

It finally provided the break that police across two continents had been desperate for: DNA that matched a balaclava and a jumper discarded near the scene of the crime in Brooklyn in 2009. 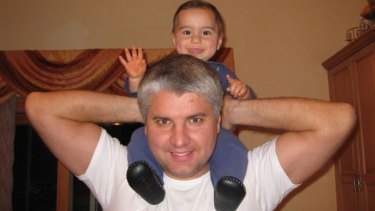 Vladislav Tolstykh was bashed to death, leaving behind a wife and four children.

On Monday, nine years after Vladislav Tolstykh's death, Gadiyev, 37, appeared in a Brooklyn court, charged with the murder and robbery of the owner of the Brighton Bazaar supermarket.

In a further twist to the case, the Brooklyn District Attorney’s Office revealed that Gadiyev, from Turkmenistan, had claimed refugee status in Australia to avoid detection.

"For nearly 10 years, the family and friends of Vladislav Tolstykh have waited for this defendant to be prosecuted for a truly ruthless attack," District Attorney Eric Gonzalez said. 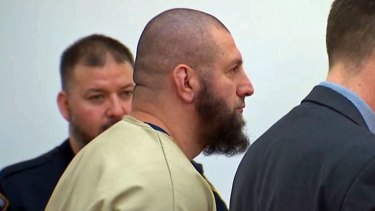 Abakar Gadiyev, who fled to Australia in 2009, was finally extradited to New York last week.Credit:Nine News

Tolstykh, a 35-year-old father of four, co-owned and managed the supermarket in Brighton Beach, a neighbourhood in Brooklyn dubbed Little Odessa due to its tight-knit Russian and Eastern European community.

Each Saturday, he would take the store's takings to his car, parked in a nearby carpark, as well as pay cheques for staff members.

Prosecutors allege that Gadiyev and his accomplice, Arsen Bashirov, knew the owner's routine and, one afternoon in March, hid between cars in the carpark so they could ambush Tolstykh. 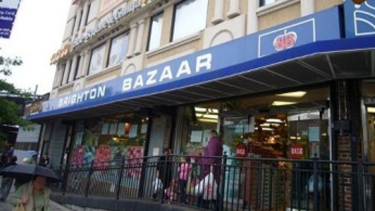 They allegedly bashed him severely before taking off with $US32,000 ($44,000), pay cheques, luxury watches and a box of Russian lollies. Tolstykh died that afternoon.

Within days, the pair had fled to Turkmenistan. Gadiyev then made his way to Australia, where he remained for almost nine years, living in Drummoyne and Bondi Beach. He continued the fledgling wrestling career he began in New York, competing in freestyle 97-kilogram divisions.

"He applied for asylum without disclosing his alleged involvement in the homicide," a spokesman for the Brooklyn District Attorney's Office said. "A detective learnt that he resided there and co-ordinated with local police."

The New York Police Department would not reveal how Detective Peter McMahon traced Gadiyev to Sydney in 2013 but the veteran officer found that the fugitive was in the midst of applying for Australian citizenship and legally changing his name to Alan Lakec. 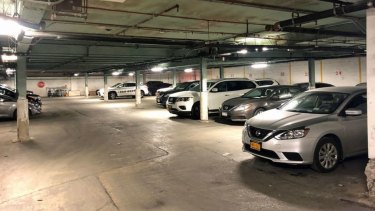 The carpark where Tolstykh was ambushed and killed by two assailants.Credit:Nine News

"I was trying to tell officials in Australia that, 'listen he's not avoiding persecution, he's avoiding prosecution'," he told Channel Seven.

Prosecutors singled out the NSW Police Force's Detective Inspector David El-Badawi, who McMahon said treated the case "like his own" as he trailed Gadiyev closely. 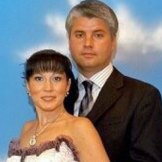 Vladimir Tolstykh’s wife Rita still runs the Brighton Bazaar and has raised the couple’s four children on her own.

It's alleged the DNA taken from the discarded drink can in Sydney was matched to a balaclava and jumpers that the offenders were seen on CCTV wearing as they entered and exited the carpark.

When the crucial DNA was obtained in 2013, New York police successively applied for a warrant for Gadiyev's arrest and extradition.

However, Gadiyev fought extradition for almost five years, frustrating Tolstykh's widow, Rita, who said she still thinks of her husband "every day".

Her case was taken up by Democratic Senator Chuck Schumer, who issued pleas to US and Australian authorities in 2016 to speed up extradition. 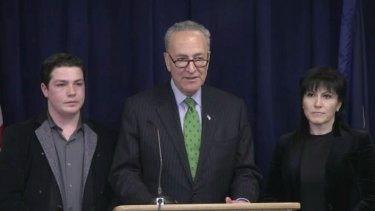 US Senator Chuck Schumer, with Rita Tolstykh, right, and her son in 2016, issued public pleas to US and Australian authorities to speed up extradition.Credit:TV screenshot

On Monday, Rita Tolstykh wept as she described raising four children alone and managing the Brighton Bazaar supermarket. Her daughter, now almost 10 years old, was born weeks after the robbery.

Her children, the eldest now 24, only know their father from photographs.

"He was a good husband, a good father, a good son," she said. "The pain has not lessened, you just learn to live it."

The Department of Home Affairs and Attorney-General's Department have been contacted for comment.