PICTURED: Medical professional mauled to death by a shark as his colleagues tried desperately to save his life

A man who was mauled to death by a shark near a beach where two other tourists were recently attacked has been identified as an up and coming young doctor.

Daniel Christidis, 33, was one of 10 doctors taking part in a five-day sailing holiday around the Whitsunday islands when he was attacked about 5.30pm on Monday.

Queensland Police Inspector Steve O’Connell said the group had anchored in Cid Harbour, intending to spend their first night there when the incident occurred. 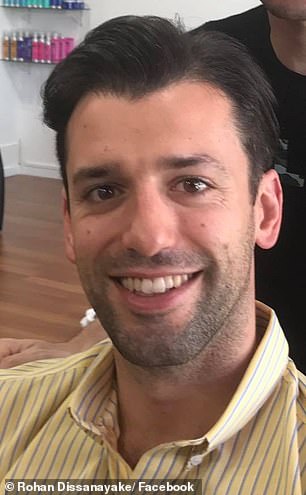 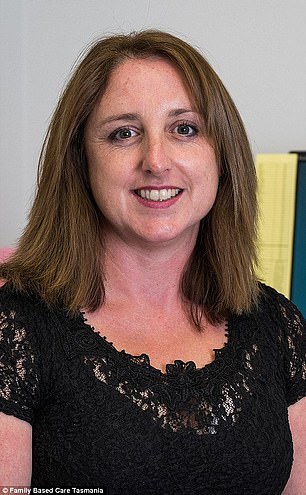 Daniel Christidis, 33 (left), was attacked by a shark while swimming in Cid Harbour less than two months after Tasmanian tourist Justine Barwick (right)

The trainee urologist from Melbourne’s Austin Hospital had jumped into the water from a stand-up paddle board he was sharing with a woman when the shark struck.

During the attack, the 33-year-old was bitten in the left thigh, right calf and left wrist, the latter of which was reportedly injured while fending off the predator.

There were more than a dozen yachts in the harbour at the time and some French-speaking tourists managed to rescue the man with their dinghy, Mr O’Connell said.

They brought Mr Christidis back to his own yacht, where most of the group had medical backgrounds, including two doctors, but they were unable to help him.

‘Despite their best efforts, the injuries were too severe,’ Mr O’Connell said.

Emergency services arrived to find the young medicos frantically trying to save the man’s life in what they described as a ‘gruesome’ and ‘bloody’ scene, The Courier Mail reported.

A Tweet by Queensland Ambulance confirmed at least one paramedic arrived on the scene before the rescue helicopter and administered preliminary treatments.

The 33-year-old was then taken by helicopter to the Mackay Base Hospital, 100 kilometers to the south, but he ultimately died from his injuries. 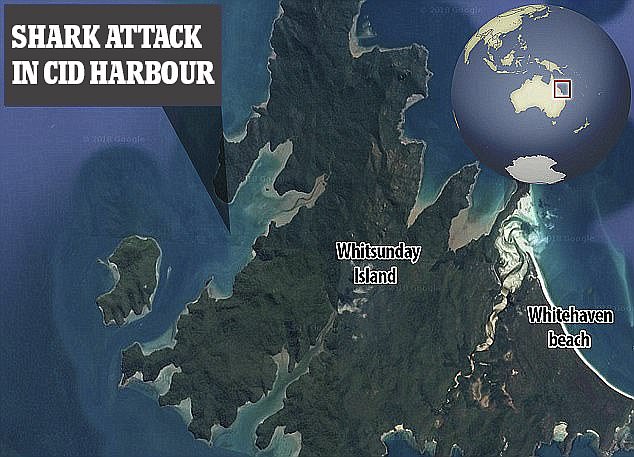 Mr Christidis and his group had anchored in Cid Harbour in the Whitsunday islands, intending to spend their first night there when the incident occurred 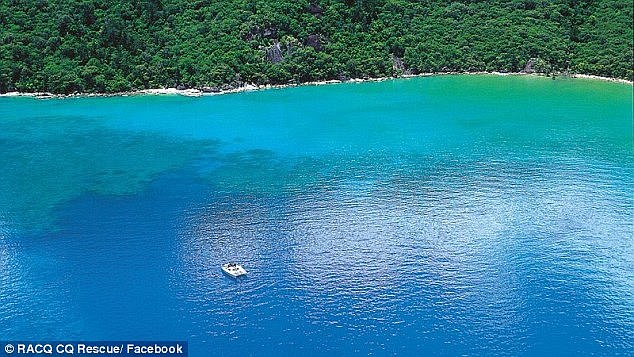 ‘CPR was ongoing for a very long time and every solid effort was made to save that man’s life,’ Mr O’Connell said, referring cardiopulmonary resuscitation.

‘They did everything imaginable to try to save the man. It’s just – the injuries were so severe,’ he added.

The 33-year-old had spoken at several international conferences and published dozens of research papers in his specialist field.

The attack comes less than two months after two tourists were attacked in the same body of water within 24 hours of each other, resulting in the culling of six sharks. 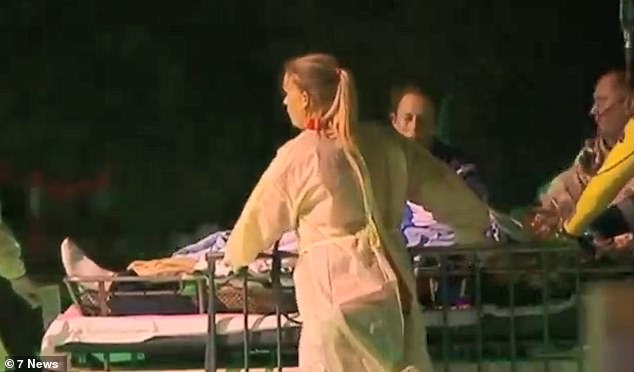 The 33-year-old was airlifted to hospital from the Whitsunday Island’s Cid Harbour in north-east Queensland on Monday evening, but ultimately died from his injuries 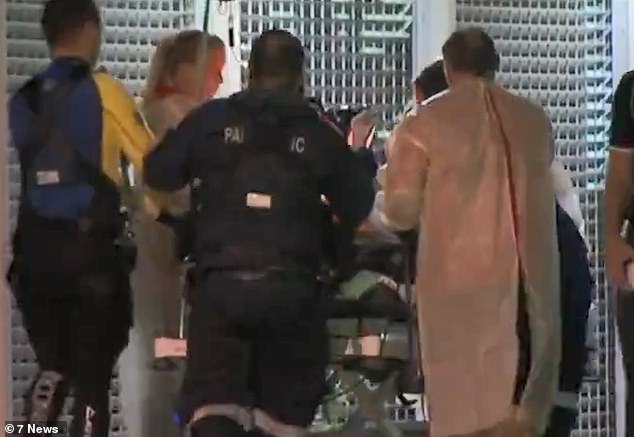 Emergency services were called to the scene just after 5:30pm on Monday 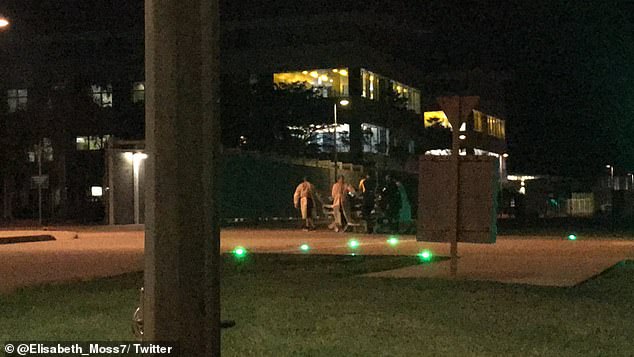 On the afternoon of September 19, Tasmanian tourist Justine Barwick was mauled while swimming off of a private yacht in Cid Harbour.

Hours later, 12-year-old tourist, Hannah Papps, was also attacked in the same location while swimming from a yacht the next day, losing a leg.

The Queensland government soon after released a ‘catch and kill’ order on predators in the area, resulting in the culling of five tiger sharks and one other.

Fisheries Queensland issued a statement soon after the attacks, telling people that Cid Harbour was ‘not safe for swimming’.

The last shark attack in the Whitsunday Islands before the latest spate occurred in 2010, when 60-year-old tourist Patricia Trumbull was attacked off Dent Island. 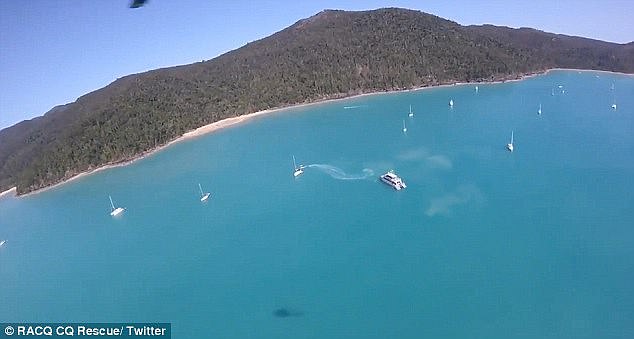 The tourist, 33, was swimming off a charter yacht on Monday afternoon when he was mauled 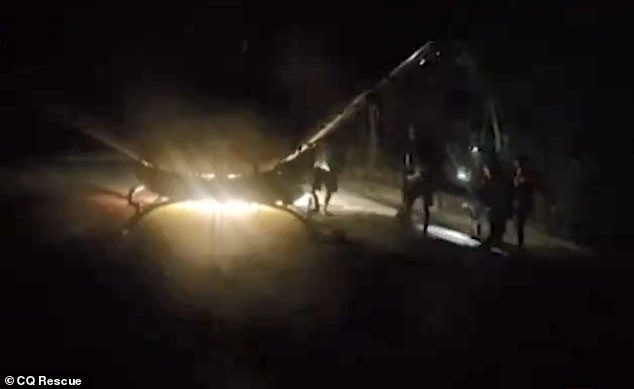 Tourism Whitsundays chief executive Peter O’Reilly said at the time that the Trumbull attack was the first in the islands in 13 years and only the third ever recorded.

Chief executive of the Queensland Tourism Industry Council, Daniel Gschwind, said on Tuesday that authorities were examining why the unprecedented series of attacks had occurred and whether environmental changes were a factor.

‘We need to now have the scientific background and investigation of what is causing this sudden spike of attacks and interactions with sharks.

‘We simply do not know why this is occurring and what is responsible for it,’ Mr Gschwind said.

The species of sharks involved in the attacks have not been identified.

Police and fisheries boats were patrolling Cid Harbor on Tuesday and advising tourists on yachts to keep out of the water, Mr O’Connell said.

Australia had not experienced a fatal shark attack since April 17 last year and it has averaged fewer than two deadly shark attacks per year in recent decades.