Don’t lick a man when he’s down! Dog starts humping a man’s leg during street brawl in Ireland

An amorous dog turned a dramatic street-fight scene into a comedy when it ran up to the two combatants and began humping their legs.

Video footage of the incident shows two men locked in a fight lying on a busy High Street at an unknown location in Ireland.

While the pair of them grapple on the ground, a brown dog runs through the crowd and begins to climb on top of them.

The video was filmed by a member of the crowd which had gathered around the two fighters as they were lying on the street.

The identities of the warring two are not known, nor whether the dog belonged to either of them.

The funny video clip shows the two men continuing to fight each other on the ground while the dog happily humps away. 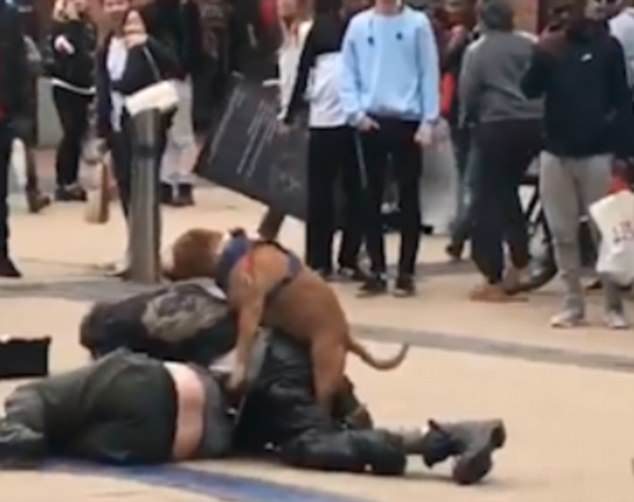 Make love not war: As the two men were fighting on the ground, the dog ran up to them and began climbing on them 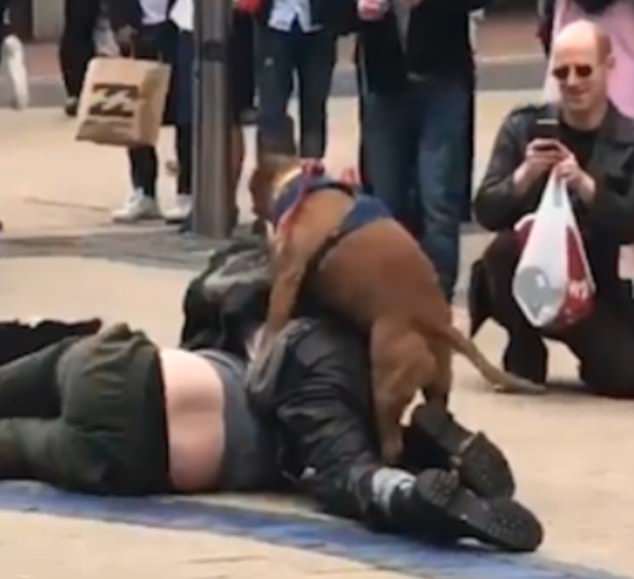 Happy hump day: The two combatants, seen fighting on a street in Ireland, appeared un-bothered by the humping dog

It appears to have been filmed by a man and a woman, who can be heard giggling in the background.

The woman can be heard saying ‘Oh my god’ as the dog climbs on the men, before adding; ‘What the f***?’

The video first emerged on Facebook, and has been shared on social media in and