A SICKO locked a dog in a pet carrier before leaving it to starve to death in remote woodland.

Shocked walkers made the grisly discovery deep inside Spokane Valley, Washington, US. 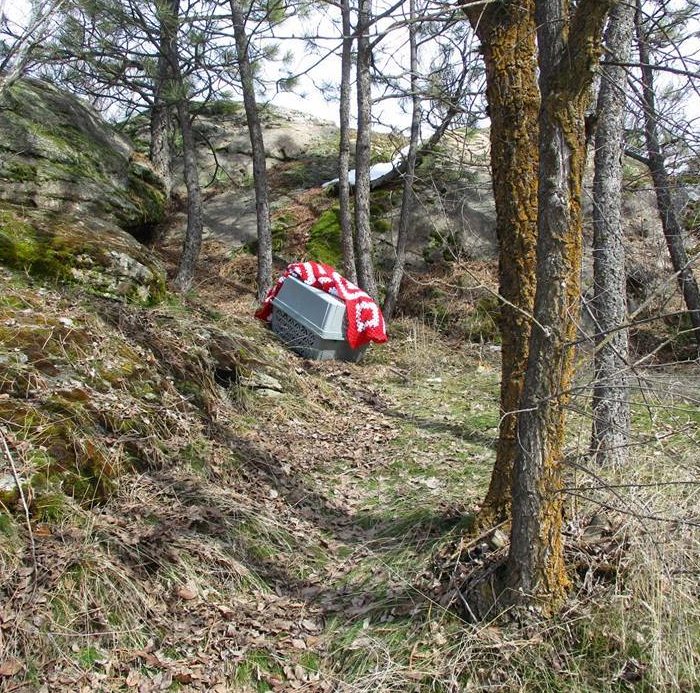 The mongrel was locked inside the grey carrier, which was covered in a red and white towel.

Shocking details of the abandoned pet's death have now emerged.

SCRAPS say the dog’s death was clearly “painful and prolonged”.

The animal’s cause of death was determined as starvation and dehydration.

It is unknown how long the dog spent inside the crate without food and water.

She was also found to have pressure sores on her feet.

Authorities are now searching for those responsible for dumping the pooch.

"But instead abandon her in a crate, where it would lead to her inevitable death…monsters." 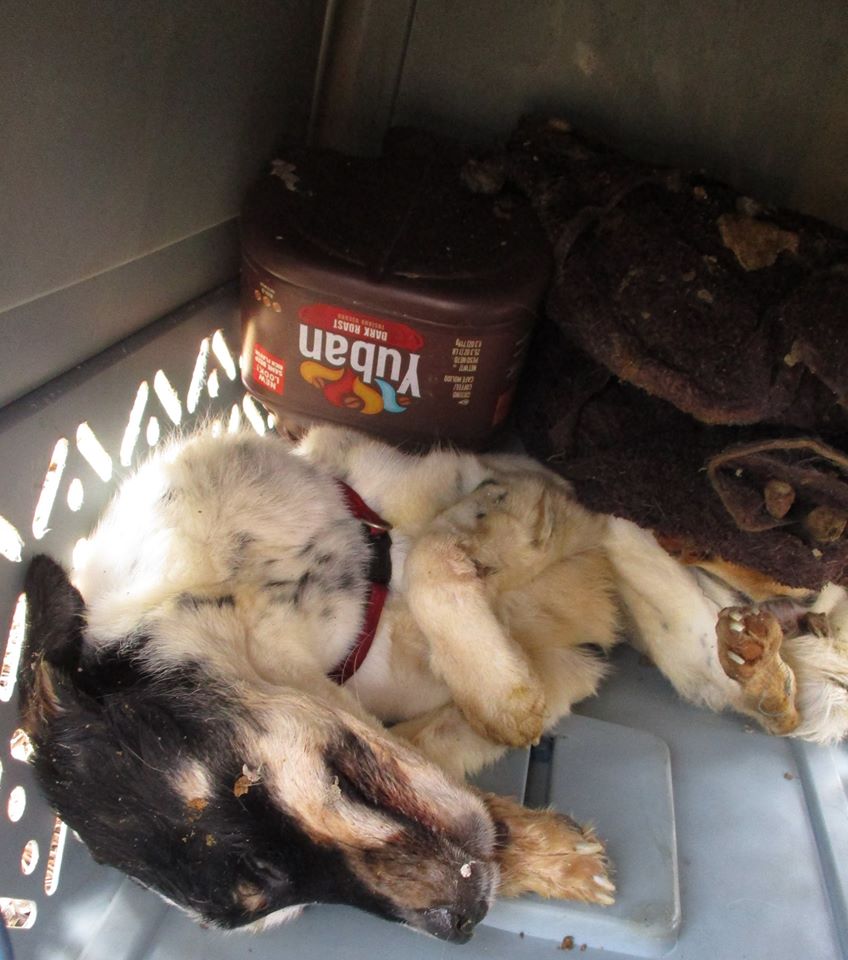