A father-of-two has found his missing dog Buster nine years after he launched a search that also found him his ‘one in a million’ fiancée.

Rob Smith lost the black Labrador nine years ago when the pooch went missing from his mother’s garden in south Wales.

On Saturday morning the 39-year-old was shocked to receive a phone call from a vet 10 miles away, telling him they had found his beloved pet.

Buster had just been a few months old when he went missing in 2010 and after appealing on Facebook Rob received a message from his now fiancée, Samantha Bowen, 33, offering to help find his pooch. 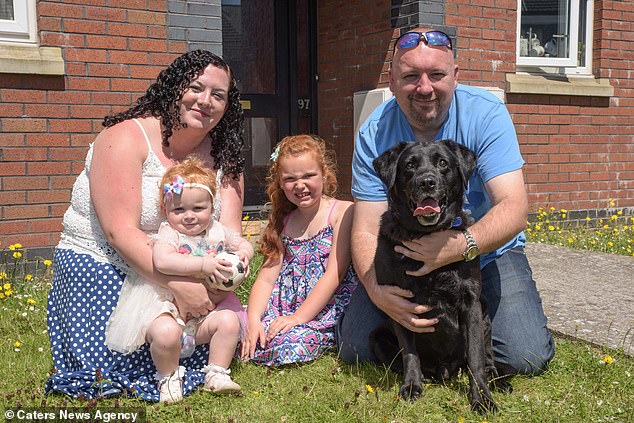 Robert Smith (right) with his partner Samantha Bowen (left) and their daughters Ella-Louise Bowen-Smith (centre) and Mia-Grace Bowen-Smith (left in Samantha’s arms), and their dog Buster who had been missing for nine years 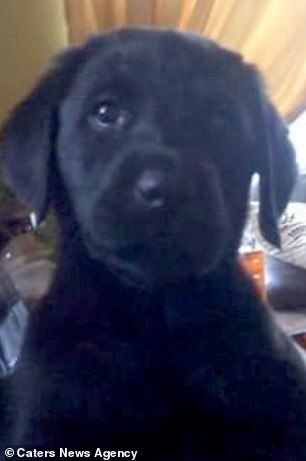 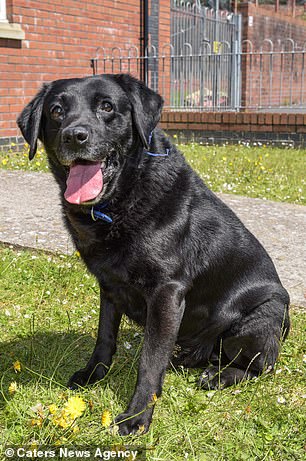 The pair quickly realised they had a romantic connection and are now engaged with two daughters together, Louise, seven, and Mia Grace, one.

Rob, a deputy sales manager, said: ‘Losing Buster was horrific but the heartbreak was eased when I met Sam online.

‘Little did I know that we’d end up spending the next nine years together and we’d have our two daughters together.

‘As the months and years passed I did give up on ever finding Buster.

‘I received the shock of my life when a vets about 10 miles away rang me while I was at work last weekend.’

The surgery had told Rob that a member of the public had found Buster roaming around the streets, before taking him to the vets.

Buster’s tag was scanned and they found Rob’s details – contacting him immediately.

Rob added: ‘I raced around to the vet’s after work and I just burst into tears. It was very emotional seeing him again.’ 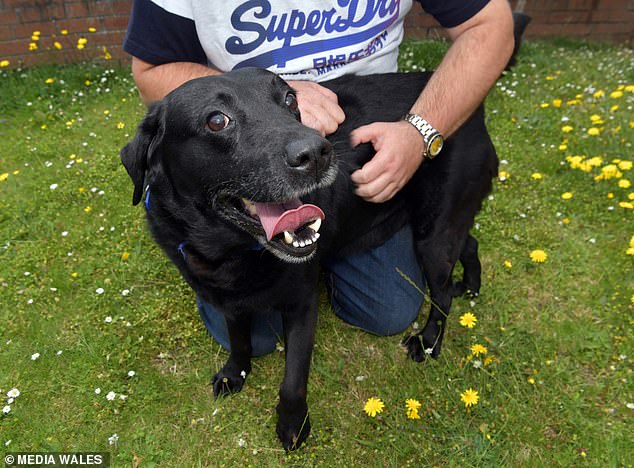 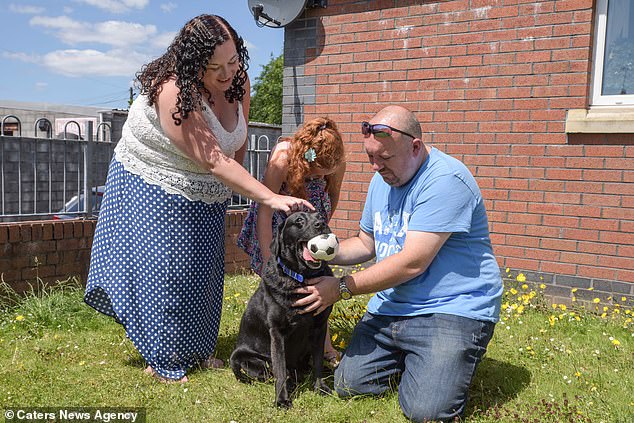 The family were delighted to have Buster back with him. In the time Buster had been missing, Rob had created his own family

Following Buster’s disappearance in 2010, Rob took to Facebook to launch a campaign in the hope of finding him again.

It was from this that fellow Facebook user Samantha offered her help to find Buster and the couple haven’t looked back since.

Rob said: ‘Sam noticed that my dog had gone missing she asked if I needed help to find him – but funnily enough I declined her offer as I already had a lot of people helping me.

‘After a few weeks she messaged me to if you need a chat sometime I’m there for you and then ended up exchanging numbers – and the rest was history! 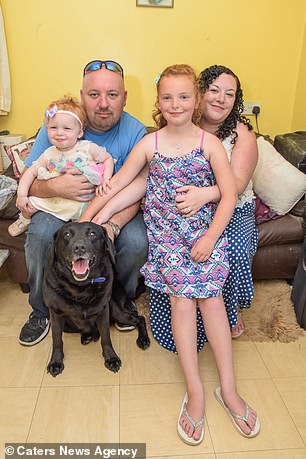 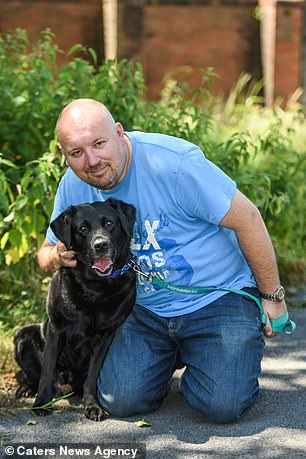 Reunited! Rob (pictured with Buster right) said if it hadn’t been for Buster he would never have met Samantha (pictured left with their children) 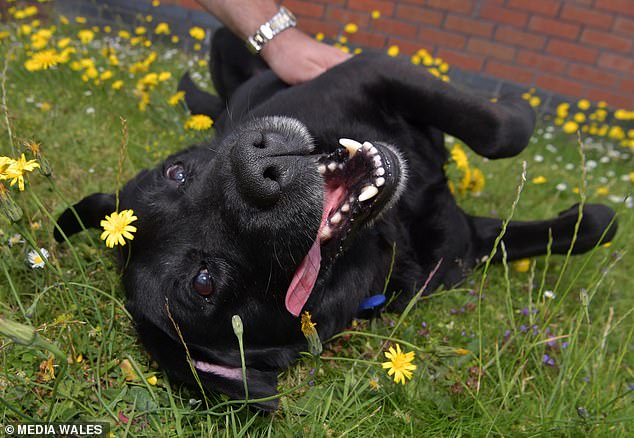 ‘I still tell people now that if Buster hadn’t have gone missing I’d have never met her.

‘Our last nine years together have been amazing and Sam really is one in a million – it’s an added bonus I have my two lovely daughters too.’

Since his reunion with Buster, Rob has brought his four legged friend home to meet his family.

Rob has another Labrador, Bruno, who he says gets on like a house on fire with his new furry brother Buster.

He added: ‘Bruno was over the moon to have another dog to play with and they get on ridiculously well.

‘It’s so surreal seeing them both together as I, of course, never thought they would meet.

‘Having Buster back really is amazing – I can’t believe I got my best friend back after all this time.’