SAUSAGES have been found laced with FISH HOOKS by shocked dog lovers.

The terrifying trap were found in Glasgow – with locals reporting seeing a man "throwing something onto ground and hurrying away" in the area. 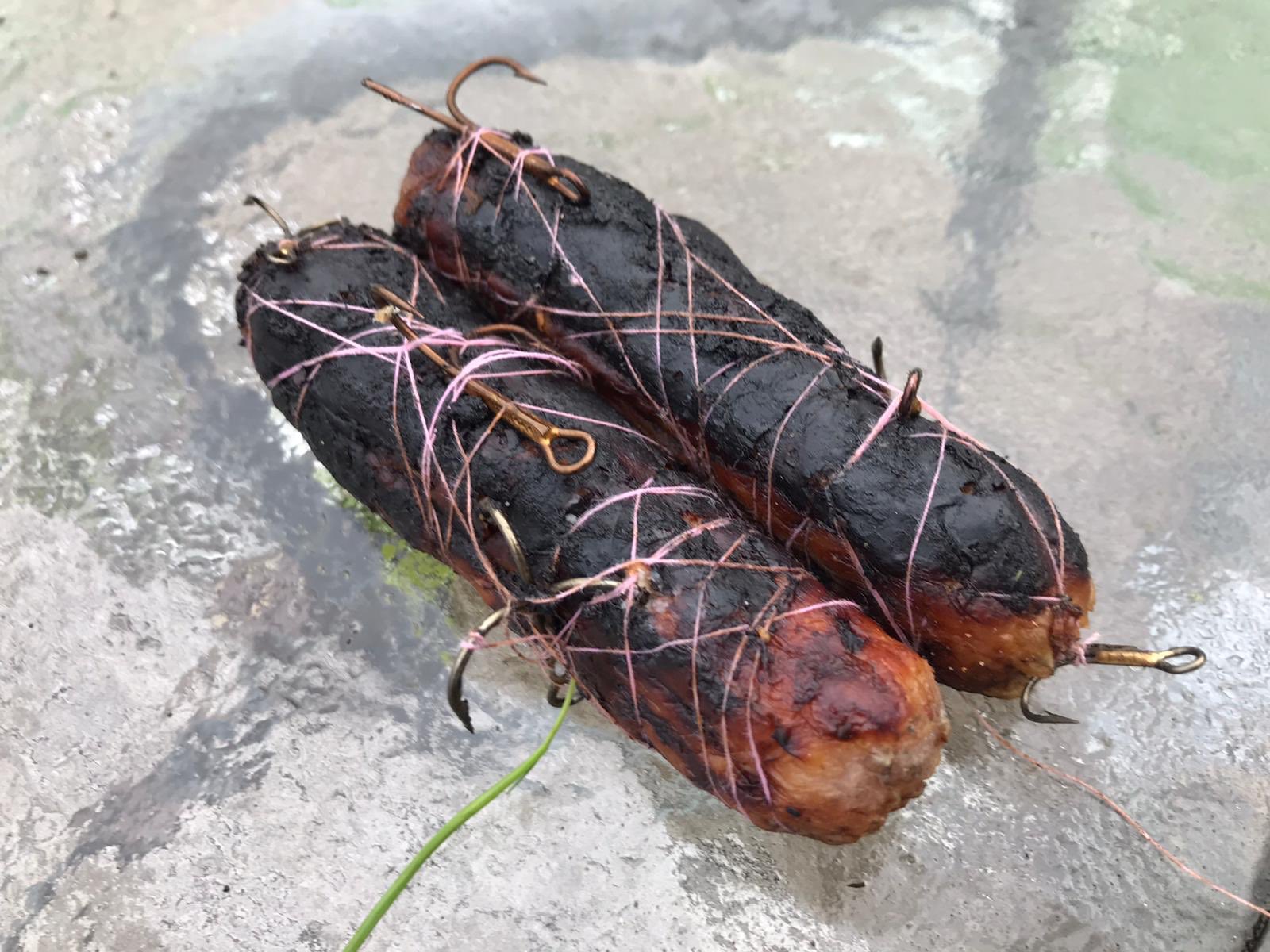 Shocking photographs show the cooked pieces of meat wrapped in wire and hooks after being found in Knightswood on Tuesday.

Local resident Dawn McIntosh claimed in a tweet that her son saw a man “throwing something onto ground and hurrying away”.

She tweeted: "Knightswood this morning.. guy spotted throwing something onto ground and hurrying away… @policescotland have been notified!!

"All dog/animal owners be vigilant please."

The tweet, which has racked up over 1.5K retweets and comments, has sparked fury in locals and dog lovers alike.

One social media user called the act “pure evil”, while another stated that it was "appalling".

It comes just two months after pet owners in Glasgow were warned to be on their guard over dog biscuits found laced with pins in Glasgow.

The Scottish SPCA launched an investigation after the contaminated dog biscuits were found in Anderston.

Scottish SPCA inspector Kerry Friel said: "We are thankful that no animal has been harmed and we are grateful to the vigilant members of the community who have continuously alerted us to these incidents.

"This is the seventh report we have received of dog biscuits with harmful materials in.

"Previously biscuits have been found embedded with nails and needles.

"We would ask everyone in the area to be alert, especially those who walk their dogs in the area."