Dog owner, 41, used her Staffordshire terrier as a weapon to bite Asian shopkeeper in racist attack as she taunted the victim to ‘Go home’ 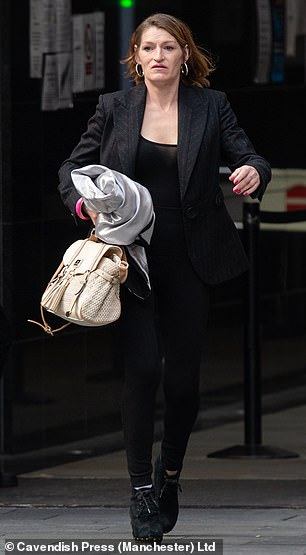 Sonya Wadsworth, 41, pictured, was found guilty of ‘using her dog as a weapon’ after it attacked a shopkeeper

A woman trained her dog as a ‘weapon’ to bite an Asian shopkeeper during a racist attack after she was accused of shoplifting at his grocery store, a court heard.

Sonya Wadsworth, 41, deliberately let her Staffordshire bull terrier off the lead and encouraged it to bite Varun Ditta when she was confronted for putting sweets in her coat pocket.

Later when asked about the attack Wadsworth, of Wythenshawe, Manchester, claimed the animal was acting in ‘self defence’ and added: ‘My dog was just scared at seeing his mummy assaulted.’

It is understood the dog has since died of cancer.

The court heard she also ‘manhandled’ one of Mr Ditta’s colleagues and told him to ‘go back to his home country’.

The incident occurred when Mr Ditta, known as Jimmy, and his colleague Mansoor ‘Max’ Wahid were working at the Around A Pound Plus store in Wythenshawe.

Mr Ditta told the court he was at the back of the shop when he heard Mr Wahid and Wadsworth arguing because she was ‘shoplifting’. 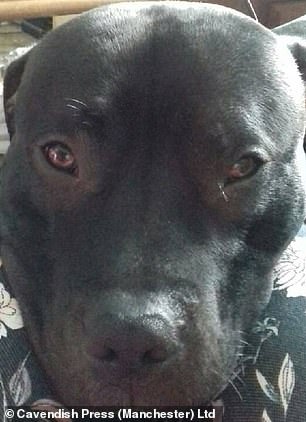 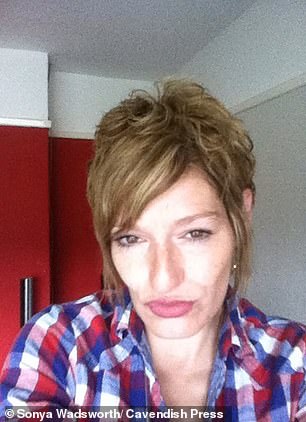 Wadsworth, right, set her ‘trained’ Staffordshire bull terrier Tyson, left, on Varun Ditta after a row at his shop in Wythenshawe, Manchester, when she was accused of shoplifting 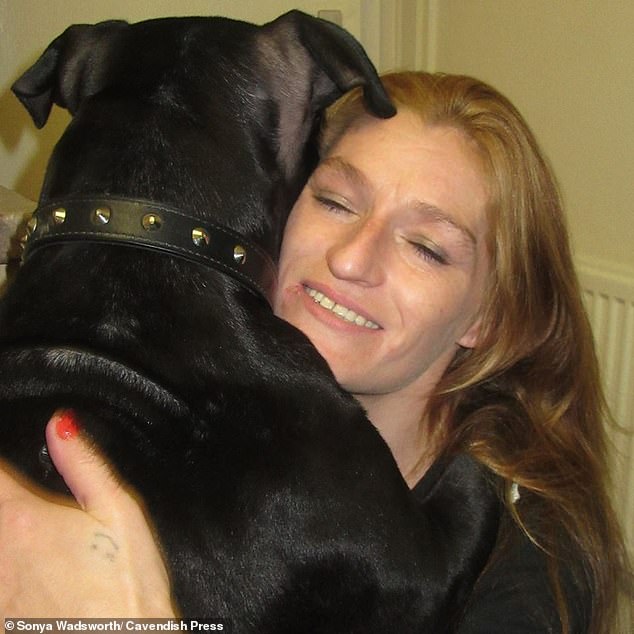 Manchester Magistrates’ Court heard Wadsworth, pictured with Tyson, racially abused the staff and threw sweets at them before Tyson bit Mr Ditta on his thigh

When he arrived she then threw sweets and lollies on the floor and became ‘aggressive and abusive’.

Mr Ditta said: ‘Max kept saying “Stop this Sonya. I don’t need a fight with you. Just go home now” and came around from behind the counter but she grabbed him by the collar of his T-shirt and was pushing him around whilst she was at the doorway.

‘She had a dog which was tied to a pole outside the shop and she unleashed it. The dog was definitely trained and she was holding the lead of the dog and using it as a weapon.’

He added customers had previously complained about the dog barking at children when left outside the shop and feared for the safety of his customers.

Mr Ditta told the court Wadsworth was letting the leash go before quickly pulling it back, which he believed was a signal to ‘attack’.

He added: ‘The dog bit me on the left thigh. was wearing thick jeans and I still got a deep bite mark from it.

‘I was outside the shop asking her to go home. She was drunk that day and I just wanted her to leave.

‘She was laughing “Haha, you can’t do anything to me my dog will bite you – P**i go home”. I was just thinking why is she doing this. It made me upset and fearful.’ 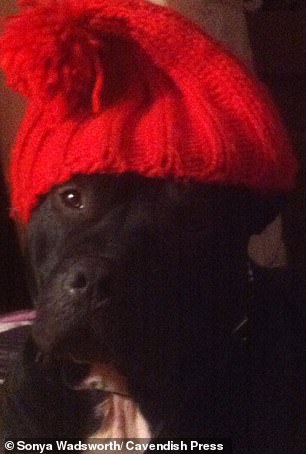 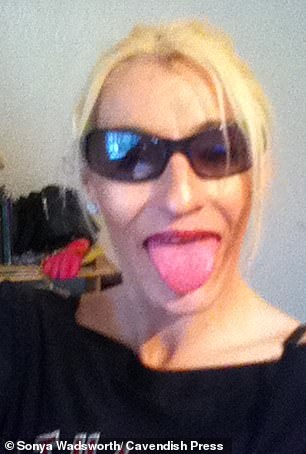 Wadsworth, right, told the court Tyson, left, who has since died of cancer, was ‘defending her’

Giving evidence, Mr Wahid added: ‘She [Wadsworth] was being argumentative and kept saying: “You people”. I followed her to the door but she grabbed me by the collar. Her aim was to drag me out of the shop because the dog was there and I was scared of the dog.

‘I went outside and picked up a basket because she has a dangerous dog. I wanted to have the basket in my hand to protect myself if the dog comes towards me. Then Jimmy came out as well and she was using the dog as a weapon.’

Wadsworth denied wrongdoing and claimed Mr Wahid attacked her with a broom handle before kicking her dog twice.

She denied ever shoplifting and said she had always been ‘polite and courteous’ to staff in the shop, which she goes to ‘every day’. 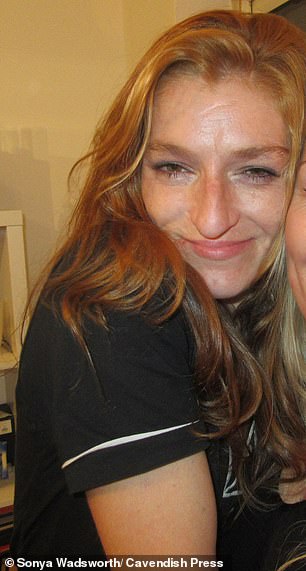 Wadsworth, pictured, also claimed she was attacked by one of the workers who ‘kicked her dog twice’

She added: ‘I was being diplomatic. I’ve been going there for two years. This was embarrassing for me as well and people were in the shop. I was very resentful at being treated like this and I picked up the toffees and threw them.

‘Max then grabbed me really strongly and shoved me out the door with quite a lot of force and he’s picked up a mop handle and started hitting me. I got my dog from outside and it was getting increasingly defensive.

‘I mean, he’s just seen his mummy assaulted but Max picked up a washing basket and raised it above his head and they booted my dog hard twice.

‘I thought I pulled him back just in time but now I realise he must’ve bitten Jimmy. My dog was really scared and anxious though that’s how all dogs would react. I’m a responsible citizen.

‘I’ve taught my dog right and I was actually proud of him that he initially tried to stop himself reacting. They’ve come towards him and he’s been defensive not aggressive.’

She also claimed she was ‘very politically correct’ and ‘very intelligent’ and had been ‘forced into the situation’ but magistrates found her guilty.

Wadsworth will be sentenced later this month and was bailed pending the preparation of pre-sentence reports.