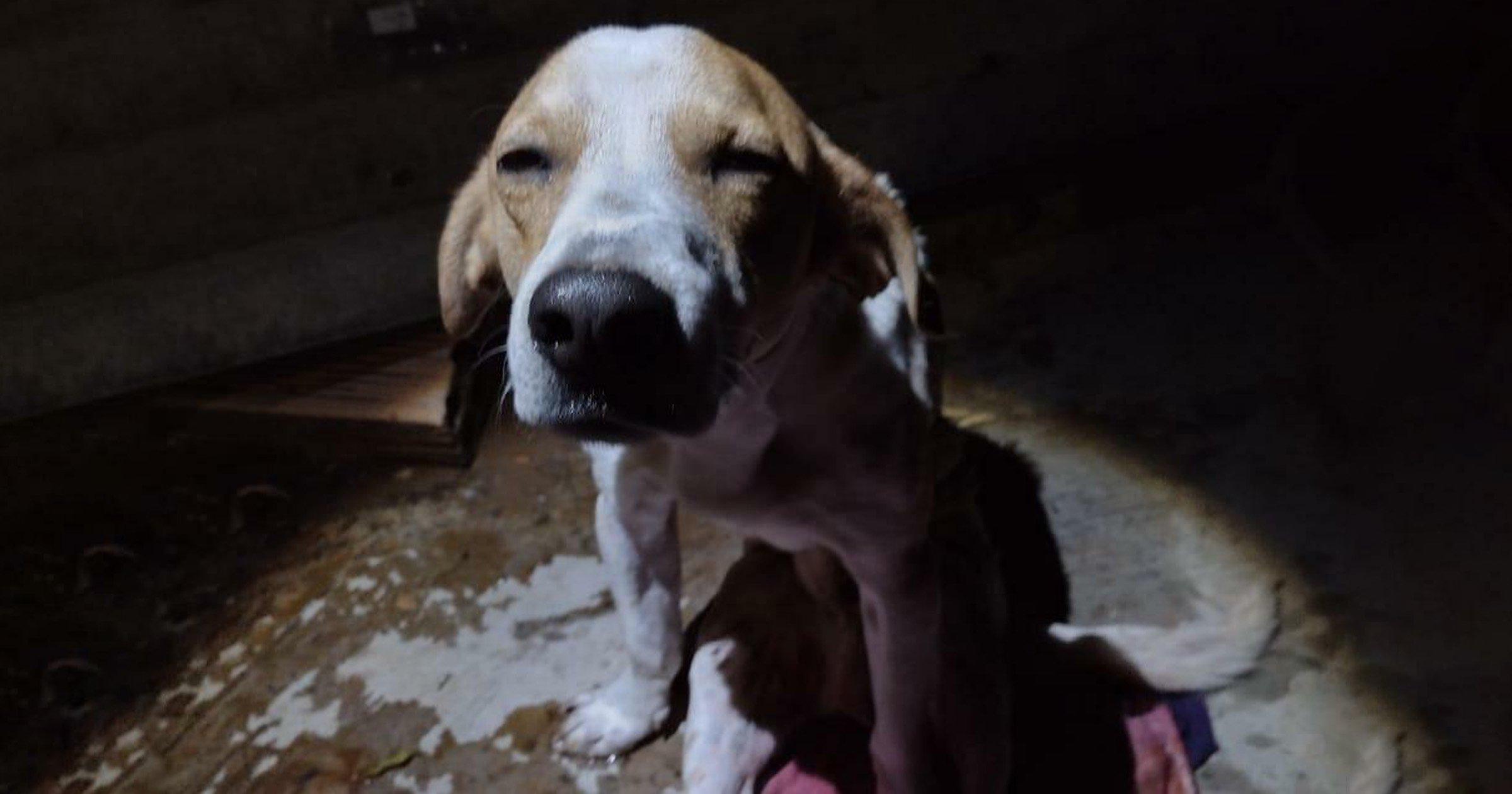 A hero dog threw himself between his owner and her knife-wielding husband.

The man, 62, allegedly threatened his wife and their grandchildren, 16 and 17, with the blade after getting into a heated argument at their home in Coracao de Jesus, southern Brazil.

But the grandmother’s beloved dog, Fofinho (Little Cutie), bravely jumped in front of them, taking the knife himself.

The vile man then stabbed the brave dog in the chest and the stomach.

Fofinho’s owner, 58, rushed him to a vet about 45 miles away in Montes Claros, where his wounds were cleaned and stitched up.

The dog’s stomach was so badly injured he suffered from bowel leakage, putting him at risk of a fatal infection.

Fofinho is still in hospital on anti-inflammatories, antibiotics and painkillers.

The vet told local media that he could have died had he arrived a few hours later.

‘He was a true hero,’ a police officer said.

The husband was arrested on April 20 after an 18-hour manhunt. It is not yet clear whether he will be charged.