A Risso dolphin found dead on a British beach had ingested part of a rubber glove before dying due to a lack of nutrition.

It washed up on Great Yarmouth Beach in Norfolk one week ago and today the results of post-mortem testing were made public.

The young male had stopped feeding, but dissection leader Rob Deaville discovered the thumb of a glove in its stomach. 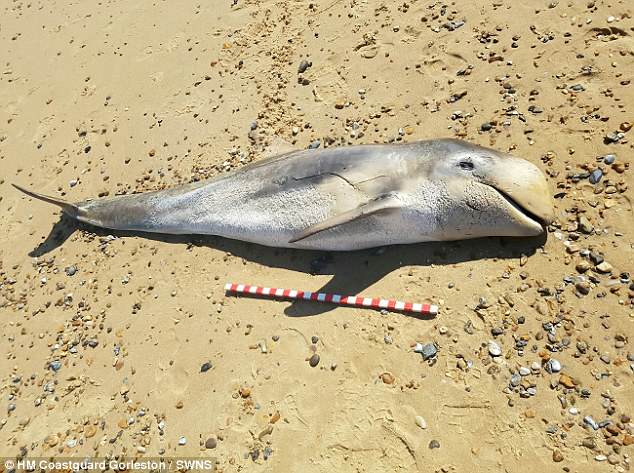 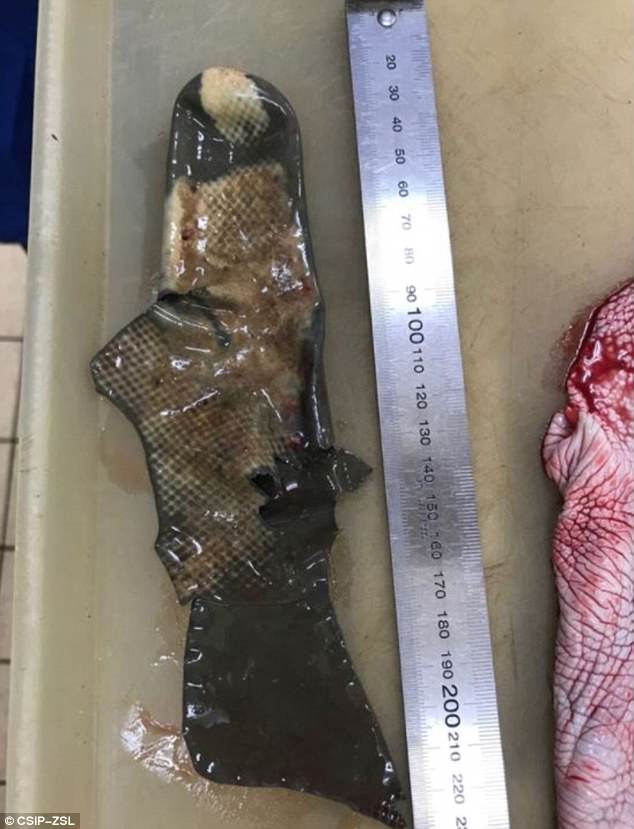 He said the item was ‘interesting but incidental’, with the BBC reporting that it was not a causal factor in the death.

The marine biologist said ‘poor nutritional condition’ was ‘the most significant factor’. 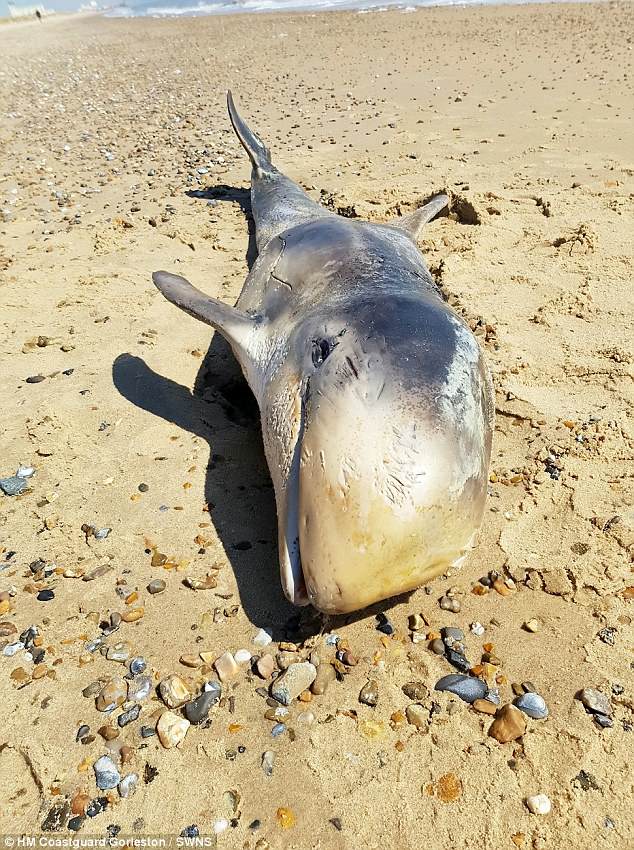 The dolphin was left thin after it lost muscle mass, with Mr Deaville concluding it probably died after becoming stranded.

This is the 241st Risso dolphin to have become stranded in the UK since records began in 1990. 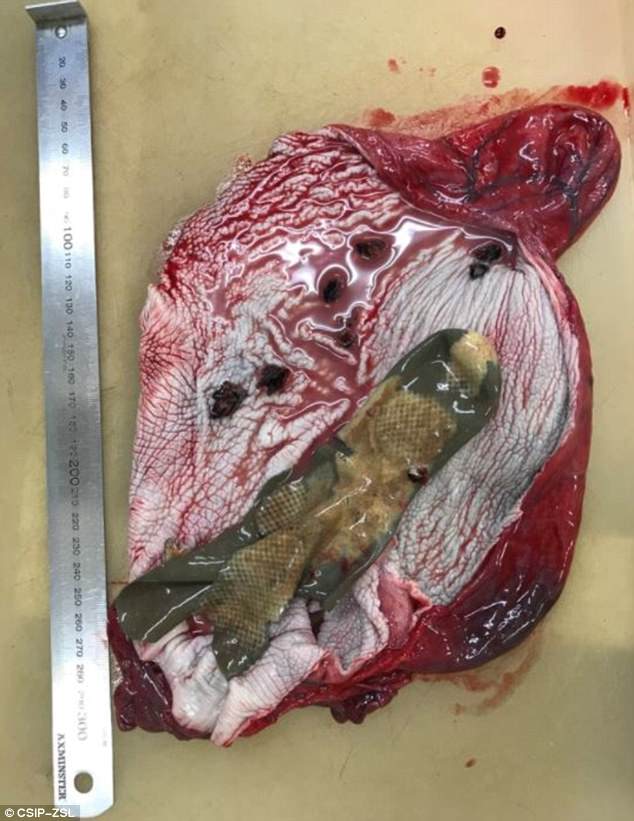 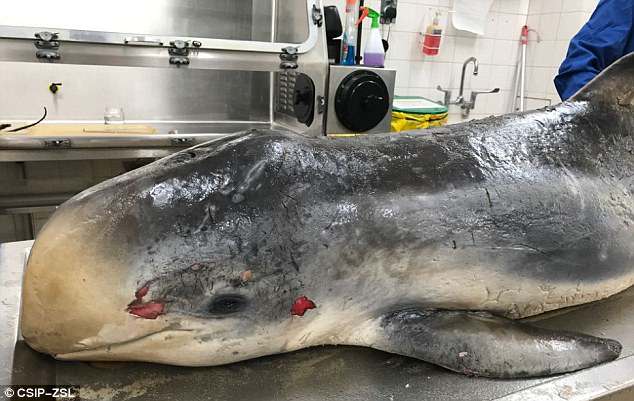 The Zoological Society of London Science live-tweeted all three hours and 30 minutes of the dissection on Thursday.

Images from the footage showed a build-up of blood in the lungs, confirming that the dolphin died as a result of being stranded.

Rissos are generally found in groups as big as 50 and prefer deep waters but are found in a variety of temperatures.