Something to celebrate? Dominic Raab looks to be planning a party as he loads up on BEER… three days after quitting as Brexit Secretary and plunging government into chaos

Dominic Raab has been pictured loading up on beer just three days after he sensationally quit as Brexit Secretary, in a massive blow to Theresa May’s position as Prime Minister.

Mr Raab was snapped stocking up on a large crate of Peroni and a 12 pack of beer in his local Majestic Wines in Esher, Surrey, on Friday night.

The former Brexit Secretary, who sent the government into meltdown after his dramatic exit on Thursday, was dressed in a black puffer jacket as he piled up his trolley with booze. 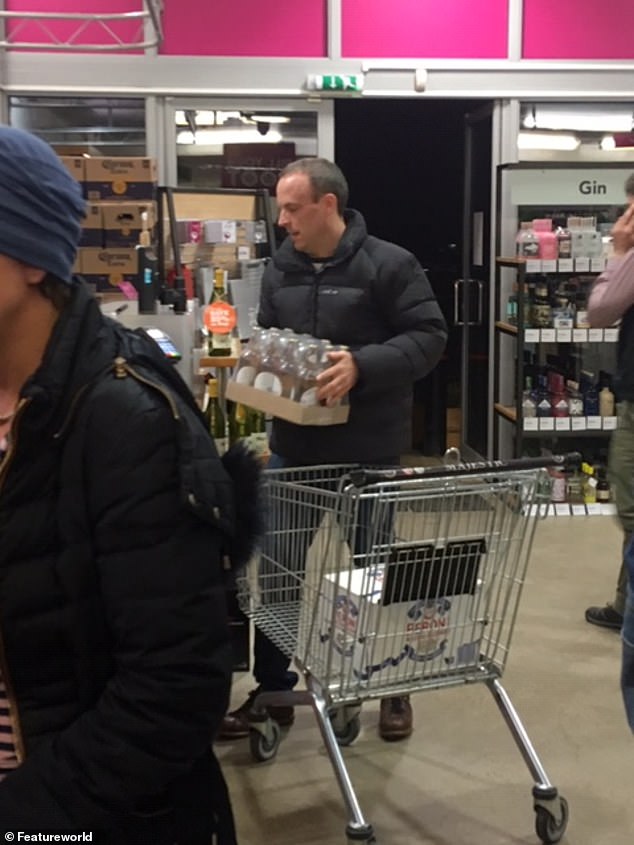 Dominic Raab was snapped stocking up on a large crate of Peroni and a 12 pack of beer in his local Majestic Wines in Esher, Surrey on Friday night

The man who took the photo said: ‘My wife and I were on a wine tasting night when I spotted Mr Raab. I took out my phone and took a snap but he was so engrossed in his shopping he didn’t notice.

‘The supermarket was pretty busy. You might have thought after all the headlines this week someone else might have spotted him or stopped to talk to him.

‘But although he is our local MP no one else seemed to notice him there.’

Mr Raab became the second Brexit Secretary in six months to storm out of the PM’s Government over the negotiations. 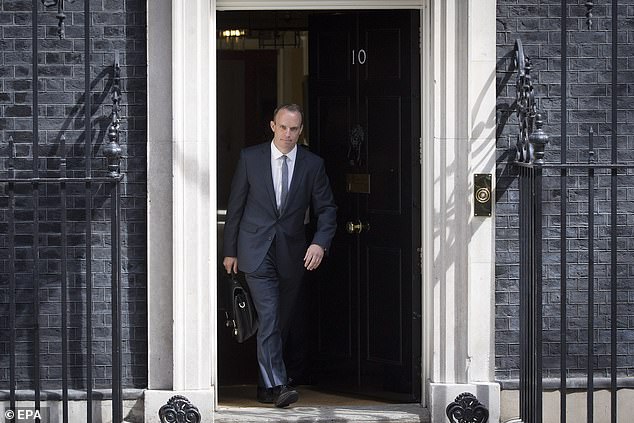 Theresa May is fighting for her job after being hit with a slew of cabinet resignations over her draft agreement to leave the EU.

And hardcore Brexiteers led by Boris Johnson and Jacob Rees-Mogg have launched an all-out bid to topple her.

Brexiteers attempting to trigger a party vote of no confidence in Theresa May are understood to be 11 letters short of the 48 they need – despite confidently predicting they’d have them by Friday.

Mr Raab, 44, quit in dismay at ‘fatal flaws’ in the draft withdrawal deal, despite spending months in negotiations after he replaced David Davis in July. 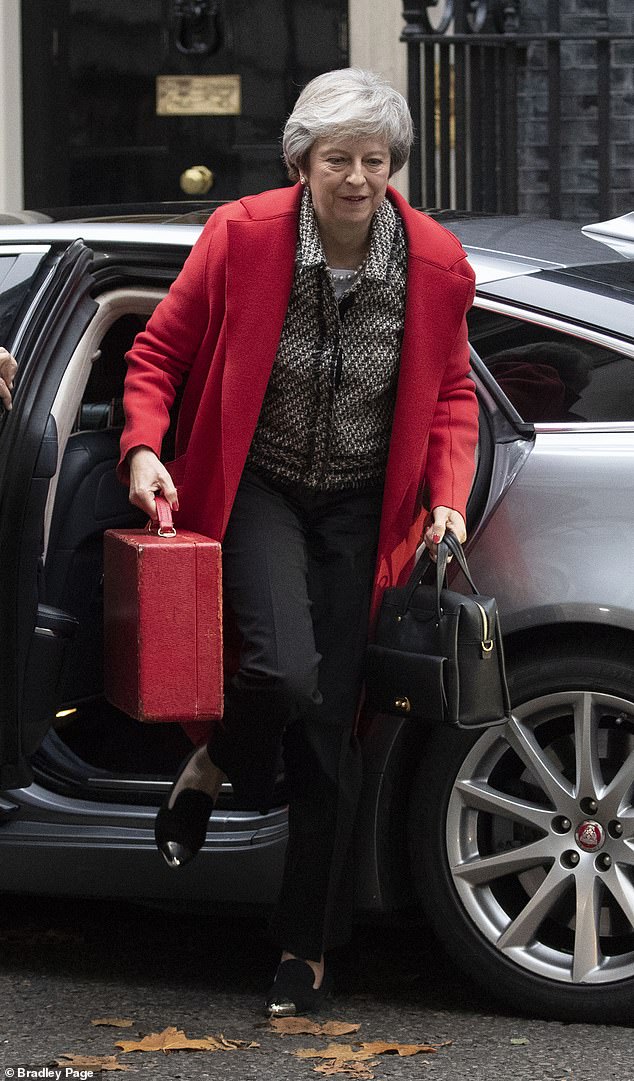 His resignation was a hammer blow for Mrs May and sent the pound plummeting nearly 2 per cent against the dollar – its biggest fall since June 2017.

Mr Raab came to feel that he was cut out of the Brexit talk and folowed him out of Govenrment.

He lashed the PM’s Brexit proposal in his departing letter – warning that the deal threatens to drive a wedge within the United Kingdom. 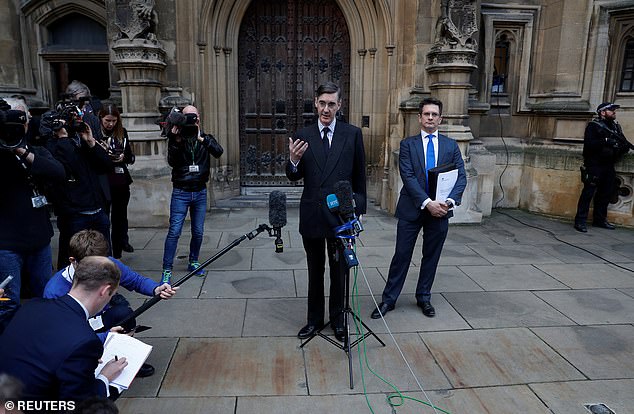 And he warned that no democratic country as ever signed away so much power to another state.

His departure, which has fuelled accusations he is manoeuvring for a leadership bid, sparked a series of resignations.

Michael Gove’s future is unclear after he reportedly turned down the chance to replace Mr Raab, as the PM refused to let him renegotiate the deal with Brussels himself.