I’ll have a PIZZA that! Domino’s flooded with orders after online ‘balls up’ sees 40% discount offer… giving customers a massive £40 OFF

Customers across the UK were quick to take advantage of what was labelled a ‘balls up’ on social media.

More than 500 orders were reportedly made to just one Aberdeen branch in just two hours. 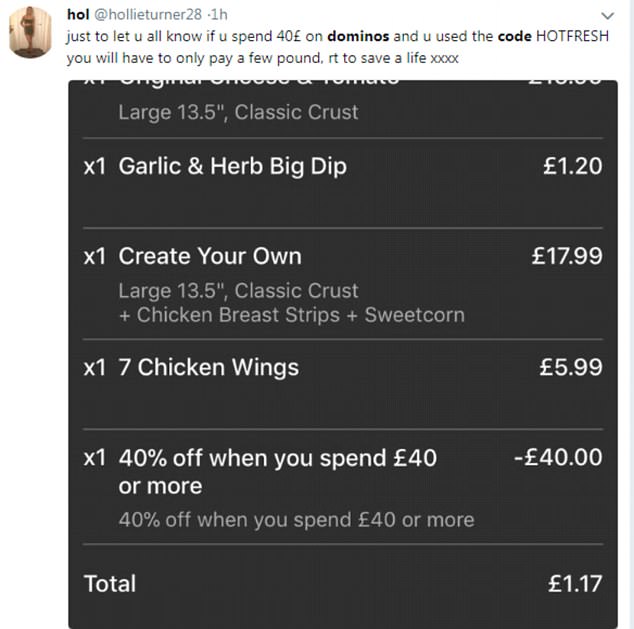 As head office reportedly cancelled orders made using the code, people took to Twitter to express disappointment at cashing in on the apparent blunder

Connor Melville says he went to his local Domino’s to find about 100 people waiting for their orders as disappointed customers were refunded rather than receiving their orders.

While some celebrated getting two pizzas along with wings and dips for just £10, others claimed to have witnessed disturbing scenes of verbal abuse. Angry customers reportedly raged at workers as staff broke the news that head office had ‘nulled and refunded all orders’ made in relation to the apparent blunder.

After buying two 13.5-inch pizzas, garlic and herb big dip, and seven chicken wings for a puzzling £1.17, Hollie Turner shared the good news to fellow diners on her Twitter feed.

‘Unfortunately we had to disappoint some Scottish pizza fans who thought they were getting free food, as a result of a code error we’re now investigating. Rest assured, we’ll be back with a dough saving deal very soon!’ 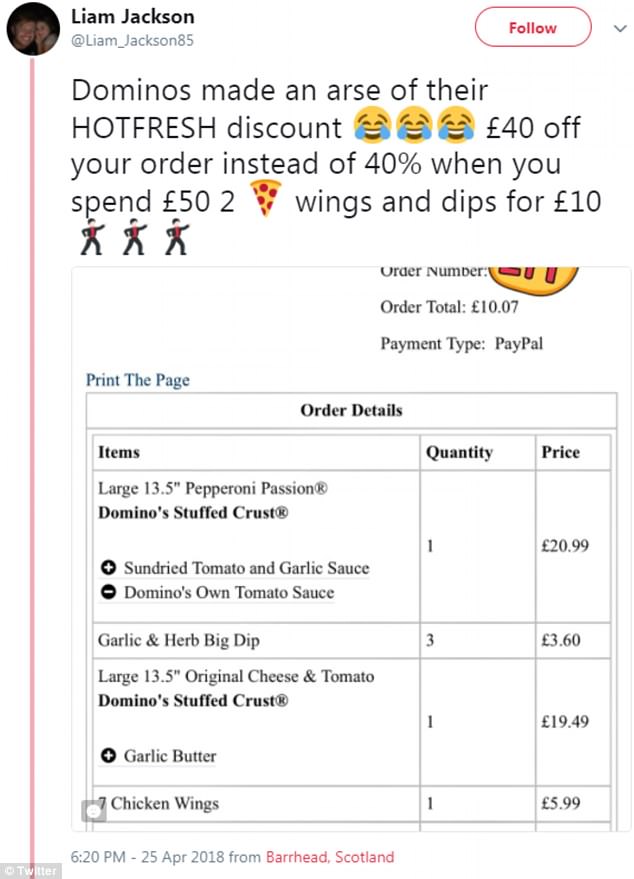