DONALD Trump has issued a second extraordinary blast at Theresa May in just 24 hours -attacking her "foolish" Brexit plans as a "disaster".

In another series of extraordinary tweets he slammed the British ambassador to the US, Sir Kim Darroch, as "stupid", "wacky" and a "pompous fool". 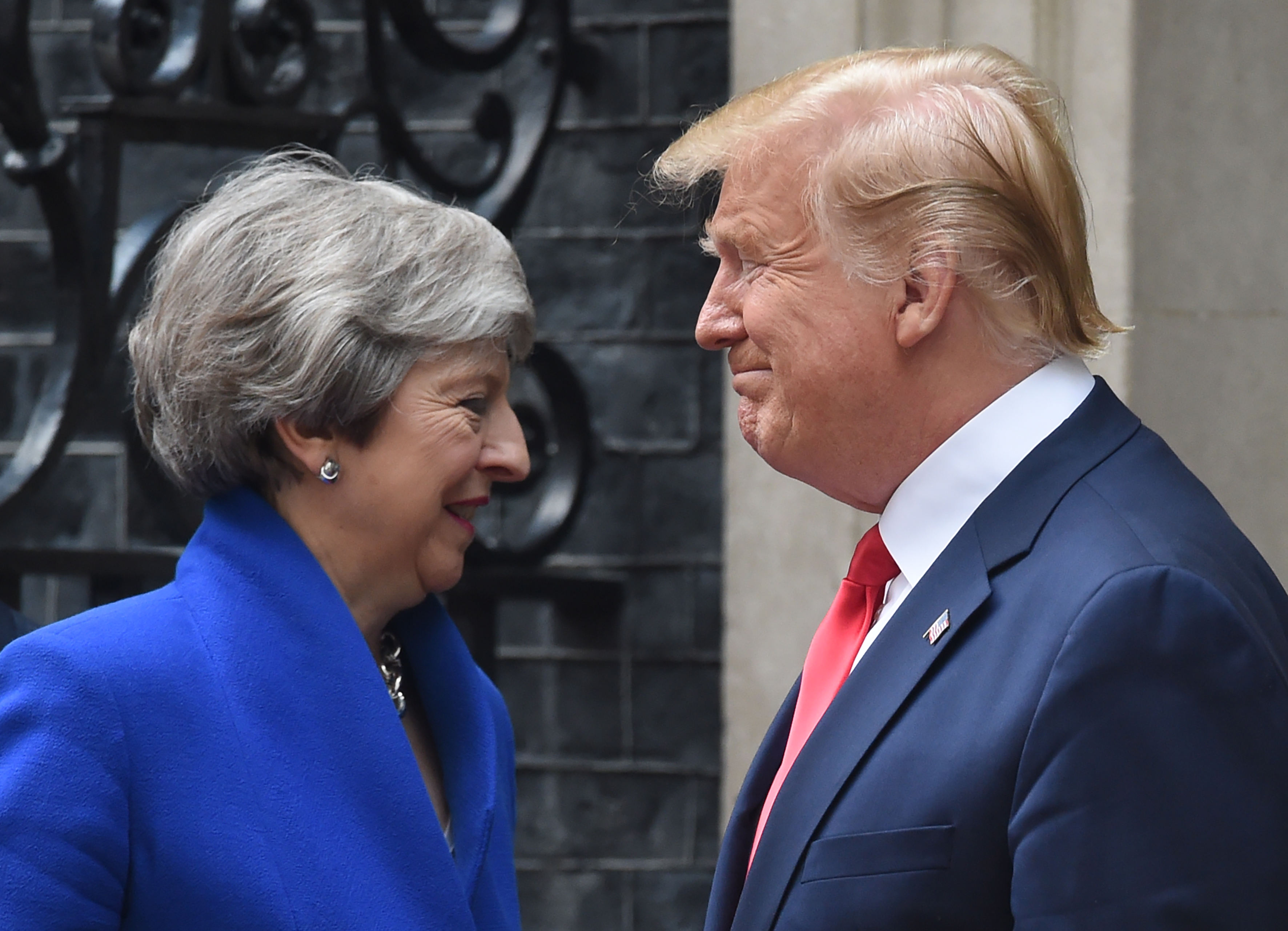 The special relationship was under serious strain today after his blistering attack on outgoing Mrs May and her government.

It comes just days after memos written by Sir Kim calling President Trump's administration as "inept" were leaked to the press.

President Trump tweeted this afternoon: "The wacky Ambassador that the U.K. foisted upon the United States is not someone we are thrilled with, a very stupid guy.

"He should speak to his country, and Prime Minister May, about their failed Brexit negotiation, and not be upset with my criticism of how badly it was handled.

"I told @theresa_may how to do that deal, but she went her own foolish way-was unable to get it done. A disaster!

"I don’t know the Ambassador but have been told he is a pompous fool. Tell him the USA now has the best Economy & Military anywhere in the World, by far and they are both only getting bigger, better and stronger…..Thank you, Mr. President!"

It comes after similar tweets last night where the President refused to continue to work with him.

Downing Street will be hoping the row blows over soon so they don't have to ditch him and put someone else in the role.

This morning No10 stood firmly by Sir Kim and insisted he would be remaining in post.

The PM's spokesperson said: "We have a special and enduring relationship with the US , which is based on a long history and commitment to shared values and that will continue to be the case."

The Prime Minister told Cabinet this morning that while the views expressed in the documents are not necessarily of the views of ministers or the Government it is hugely important that ambassadors are able to provide honest and unvarnished assessments of the politics in their country.

She said it is therefore absolutely right that we continue to give Sir Kim our full support.

President Trump's administration haven't officially pulled the trigger on his ambassadorship, but he was excluded from a top dinner last night and won't be meeting with Liam Fox and Ivanka Trump later today.

The diplomat had been set to meet with the US President and the emir of Qatar, Sheikh Tamim Bin Hamad Al Thani at an event hosted by Treasury Secretary Steven Mnuchin.

Leadership front-runner Boris Johnson said this afternoon that the US would continue to be the number one ally of Britain's in future.

"I've got a good relationship with the White House and I have no embarrassment in saying that," he said today.

"The US is, has been and will be for the foreseeable our number one political military friend and partner.

"We will continue to stress the vital importance of that relationship, believe me." 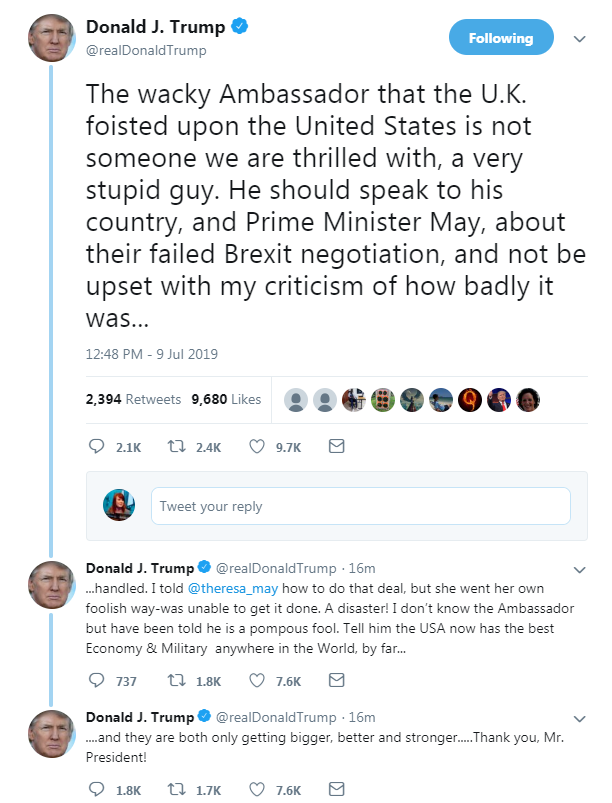 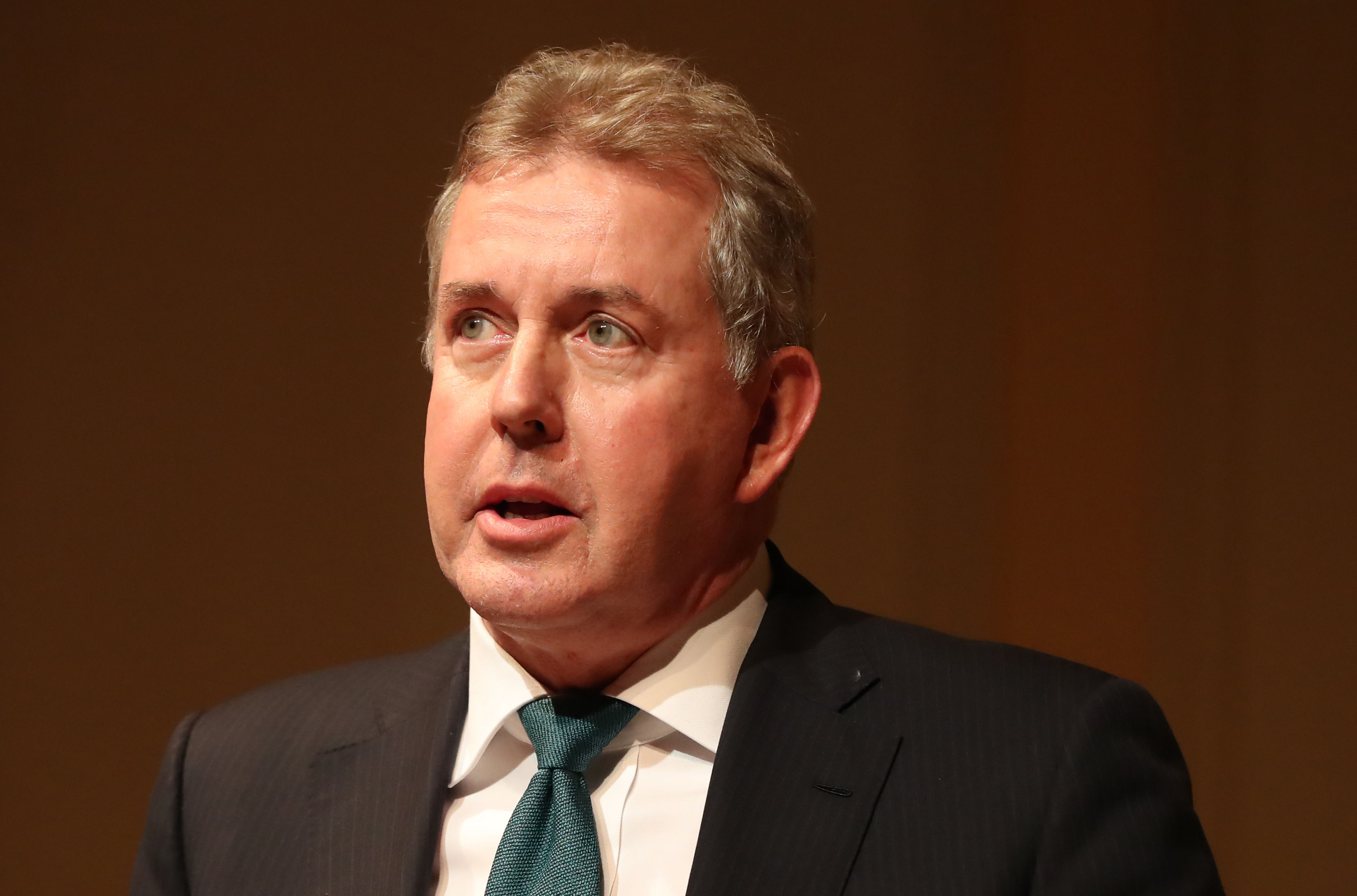 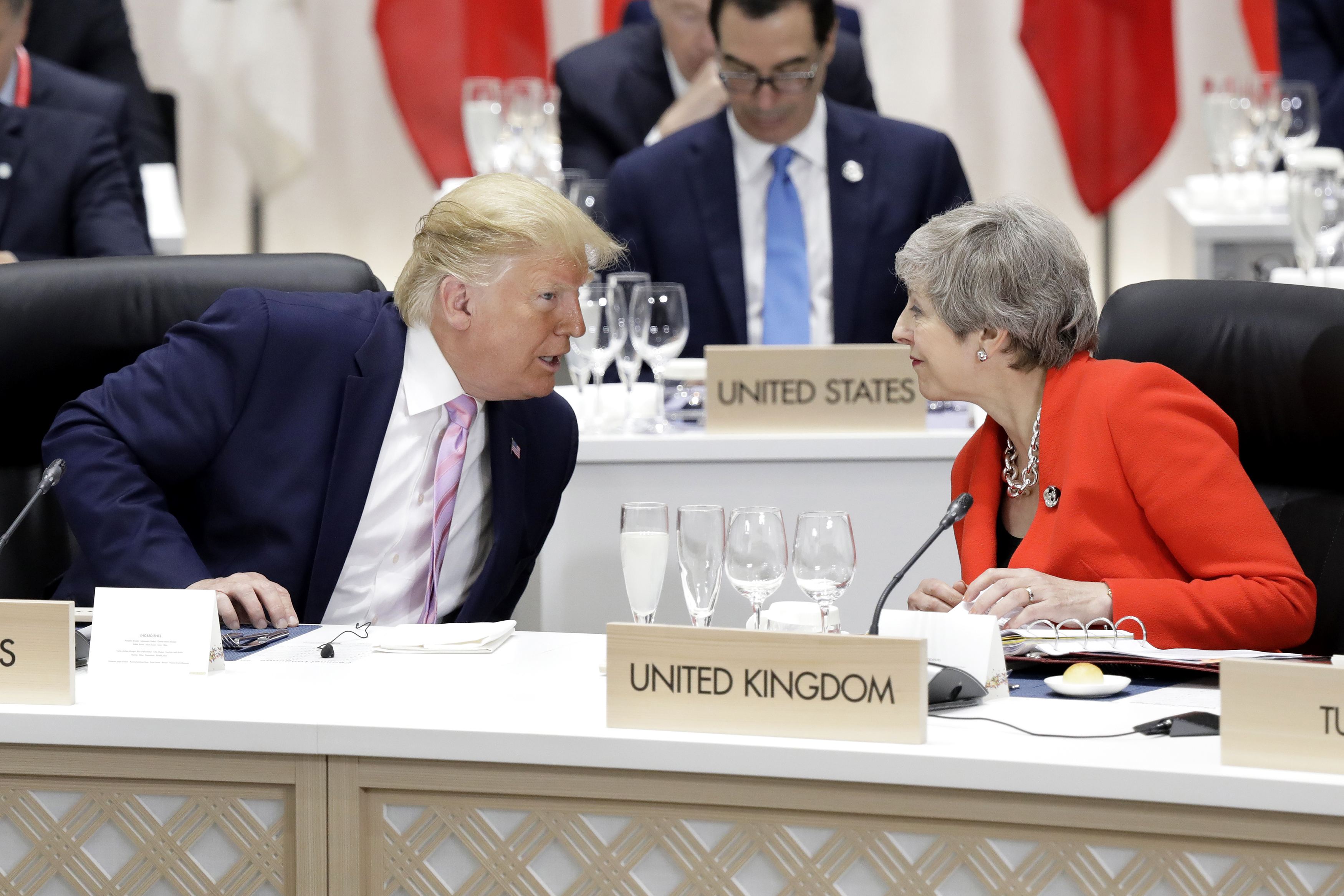 Last night President Trump accused the PM of creating a "mess" over Brexit in a similar series of posts.

Sidelining Sir Kim so publicly has effectively rendered him a lame duck ambassador – ignored by the very people he's supposed to be working with.

The 45th Commander-in-Chief also described the UK soon getting a new Prime Minister as "good news".

But he did praise the Queen, saying was "impressed" with the Sovereign when he visited last month. 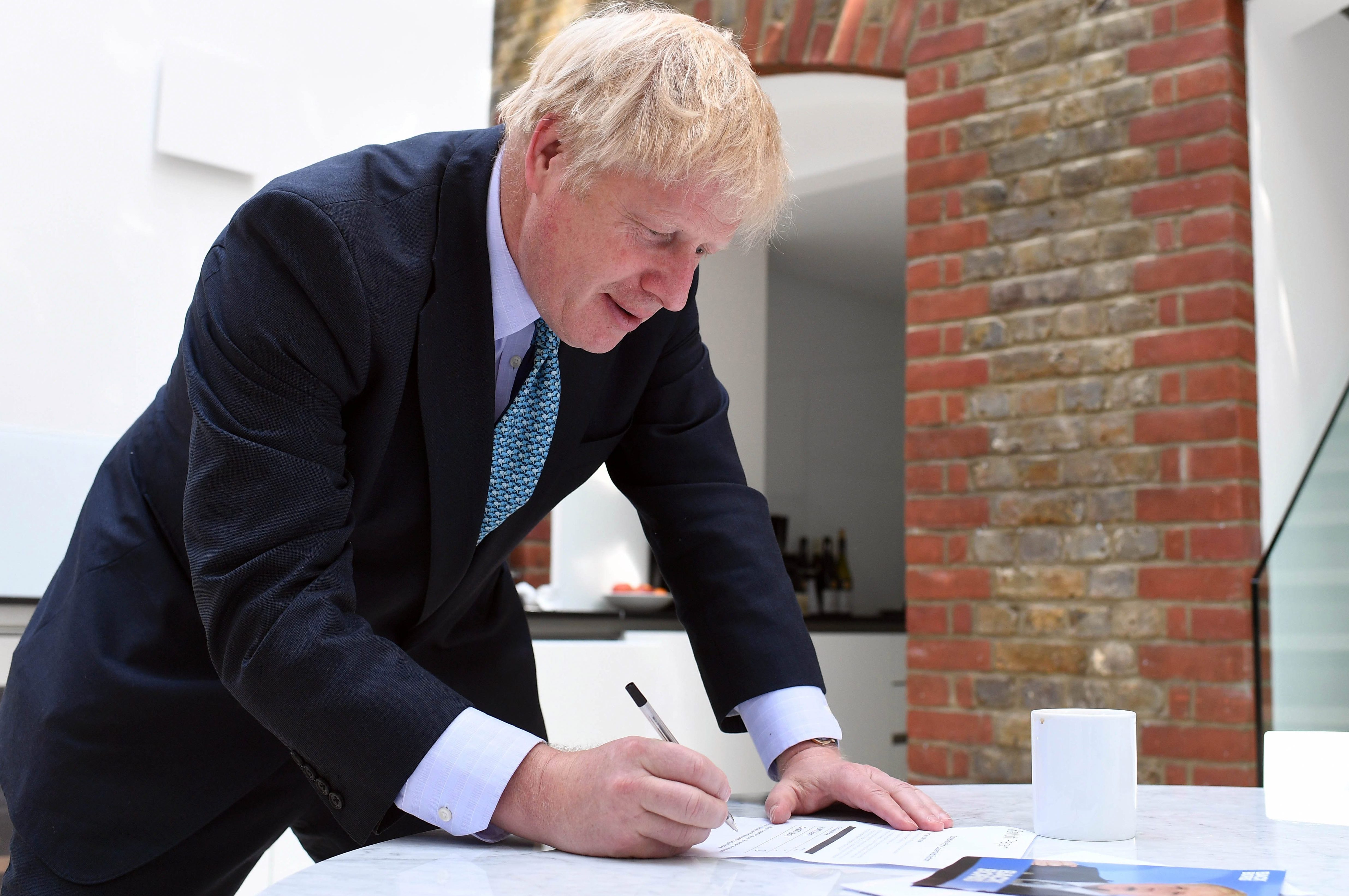 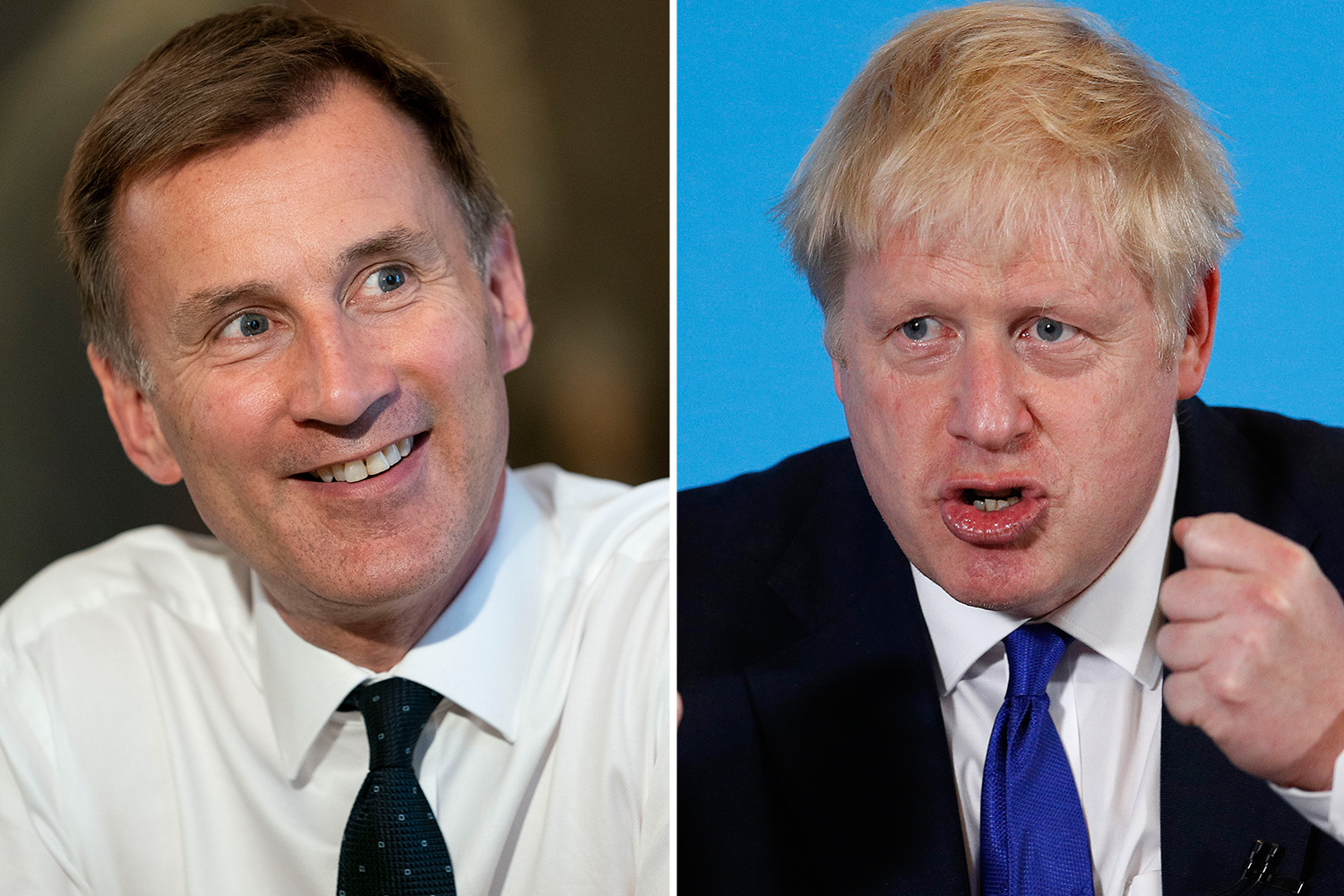 Foreign Secretary and Tory leadership hopeful Jeremy Hunt insisted on Saturday that the 65-year-old was "doing his job" as "frank opinions" from ambassadors are vital.

The leaks come just weeks after President Trump and his family visited the UK on a state visit and dined with the Queen.

Mrs May rolled out the red carpet as part of an official state visit for her last few weeks in office.