The blistering op-ed in the New York Times branded Trump "amoral, petty and ineffective" and claimed there are “many” senior aides in the Trump administration working to curb his “worst inclinations”. 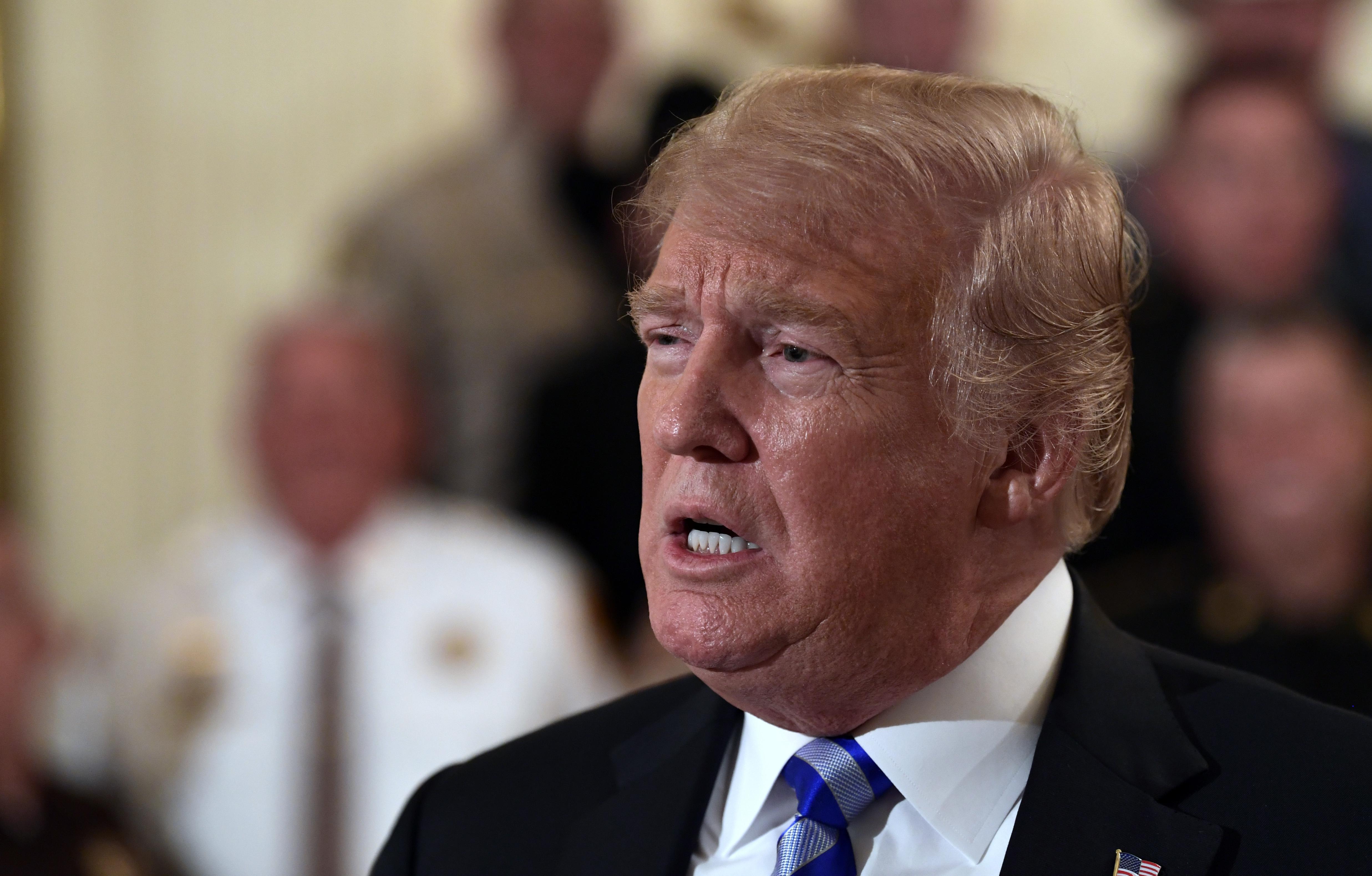 The US President fired back at the piece and its "gutless" author, demanding they be exposed for "national security purposes".

Trump, speaking at the White House last night, blasted the anonymous report as “gutless” and "really a disgrace".

Of the New York Times, he added: “They don't like Donald Trump and I don't like them because they're very dishonest people.”

The piece contained allegations that Trump had bitterly complained about expelling Russian diplomats from the US, following the poisoning of the Skripals in Salisbury. 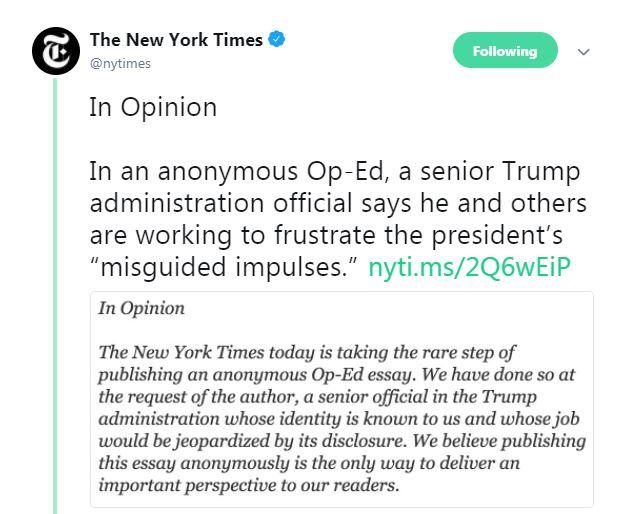 It labelled him "amoral", "anti-democratic", and said "meetings with him veer off topic and off the rails".

The piece claimed many Trump appointees were thwarting his “misguided impulses” until he is “out of office”.

He wrote: "Does the so-called 'Senior Administration Official' really exist, or is it just the Failing New York Times with another phony source?" 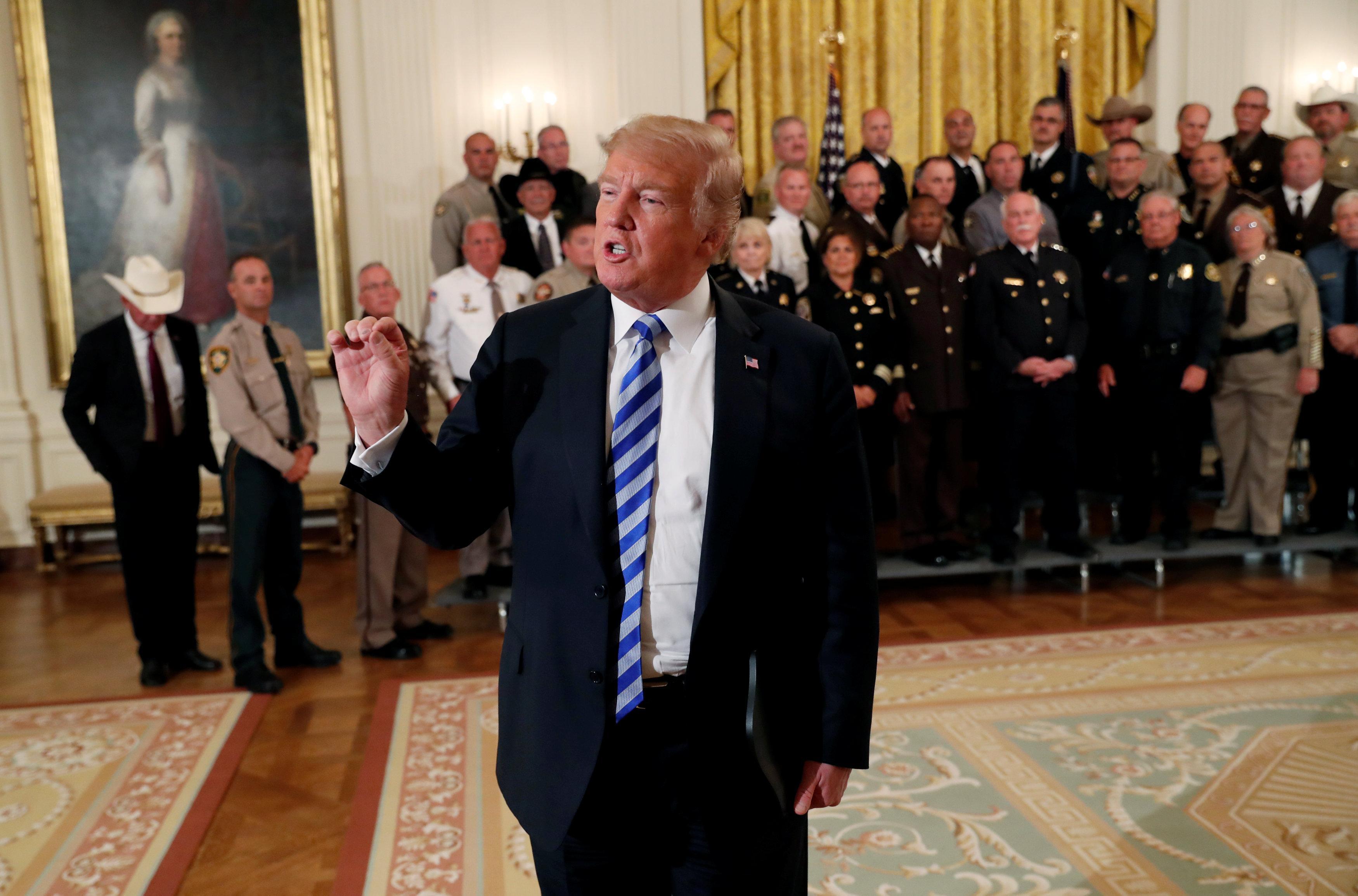 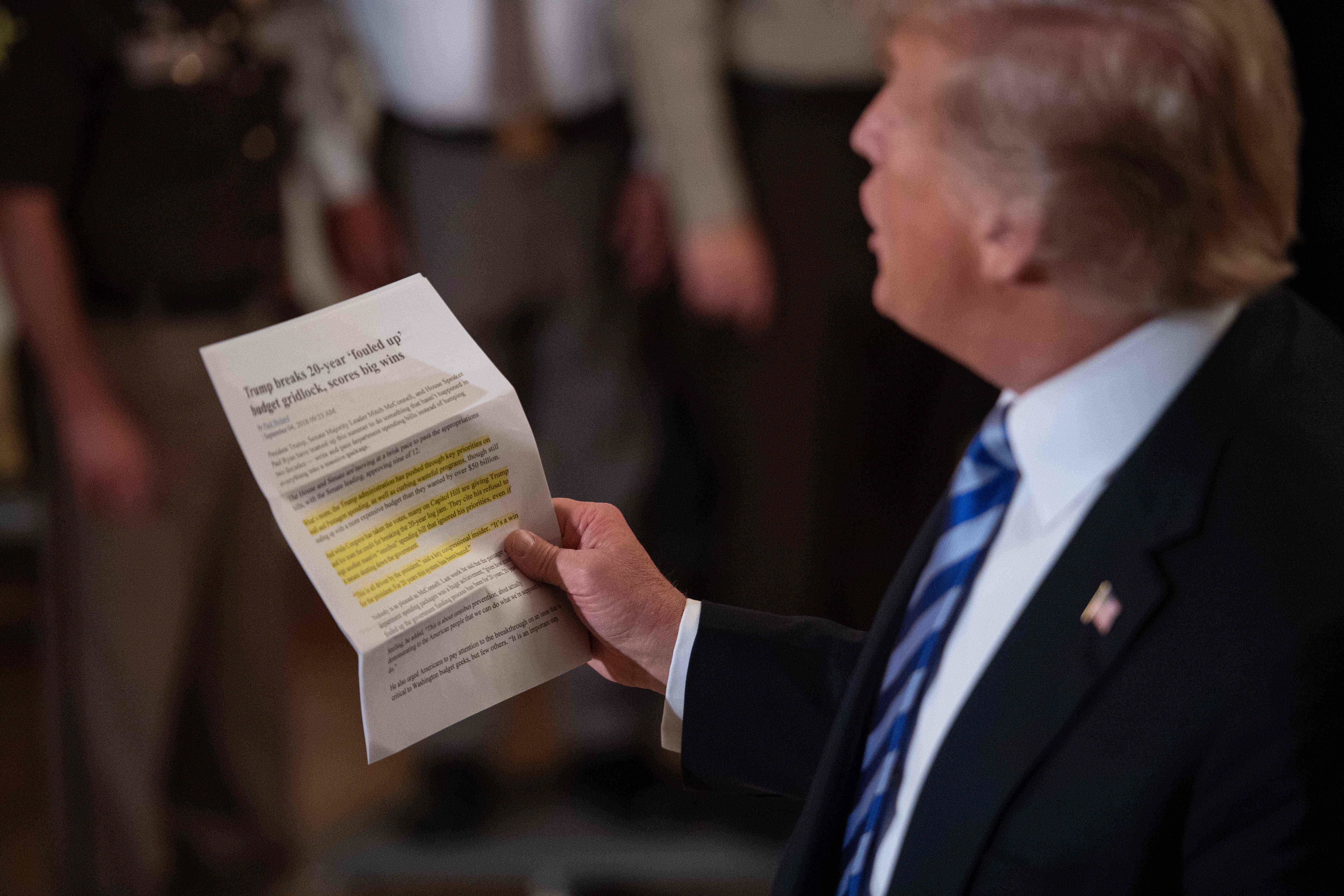 He continued: "If the GUTLESS anonymous person does indeed exist, the Times must, for National Security purposes, turn him/her over to government at once!"

In further tweets, Trump added: "I'm draining the swamp, and the swamp is trying to fight back. Don't worry, we will win!"

His press secretary, Sarah Huckabee Sanders, called on the whistle blower to resign.

In a statement, she called it a "pathetic, reckless and selfish op-ed" and said: "[The author] is not putting his country first, but putting himself and his ego ahead of the will of the people. This coward should do the right thing and resign." 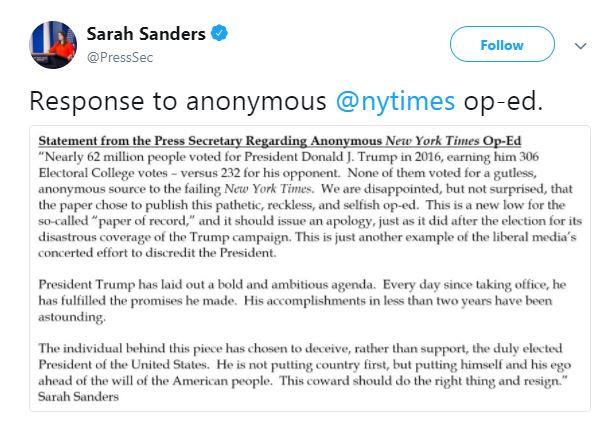 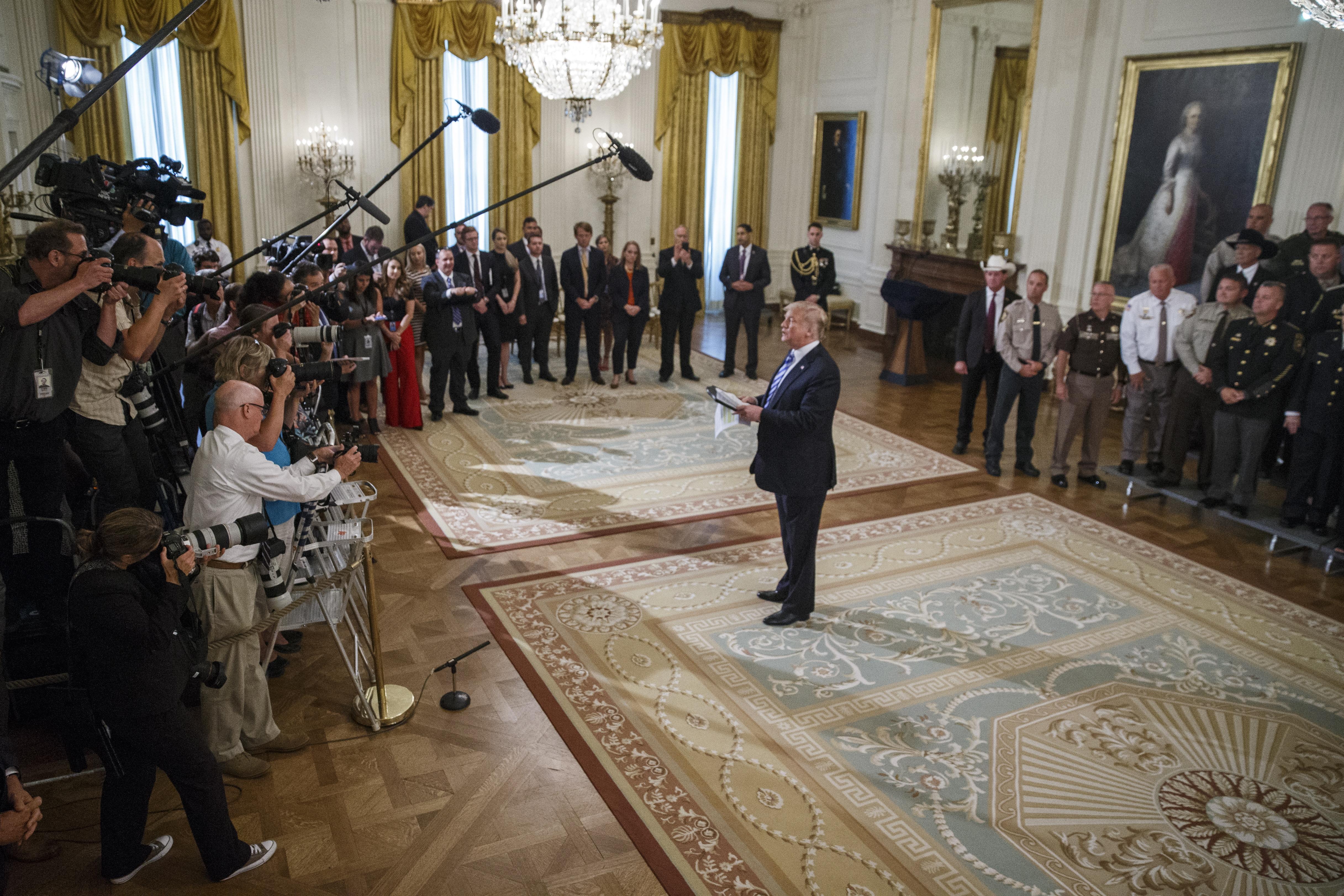 The piece comes in the wake of a testimony in Bob Woodward’s book about the Trump White House – which includes claims that aides stole papers off his desk to prevent him from signing them.

Trump called the book a "pack of lies".

The NYTimes opinion piece, written by an anonymous senior official within the White House, said: “President Trump is facing a test to his presidency unlike any faced by a modern American leader.

“The dilemma – which he does not fully grasp – is that many of the senior officials in his own administration are working diligently from within to frustrate parts of his agenda and his worst inclinations.

“I would know. I am one of them. We believe our first duty is to this country, and the president continues to act in a manner that is detrimental to the health of our republic.”

It does, however praise him for "bright spots" among the bad coverage, including "effective deregulation, historic tax reform, a more robust military and more".

It concluded: “There is a quiet resistance within the administration of people choosing to put country first.

“But the real difference will be made by everyday citizens rising above politics, reaching across the aisle and resolving to shed the labels in favour of a single one: Americans.”