US President Donald Trump has waded into the row over strict new abortion laws introduced by some US states arguing he is “strongly pro-life”.

Mr Trump said he was against terminations except in cases of rape, incest or a “serious health risk” to the mother.

His intervention comes in a the face of mounting controversy after Alabama passed a law banning abortion in nearly all cases.

The law, which follows similar restrictions in states including Georgia and Missouri, would block abortions in the event of rape and incest, and features an exception only in cases where the pregnant person’s health is at risk.

The law is set to come into effect in six months, and doctors who defy the law could face 99 years in prison. 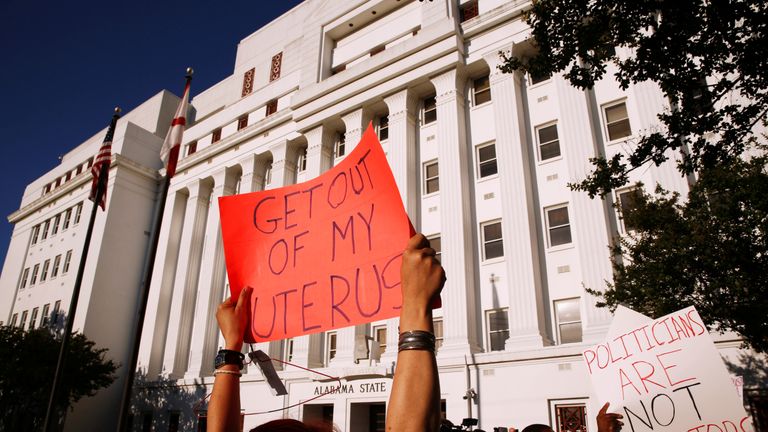 Supporters of the law say they expect it to be blocked in court but hope the appeals process will bring it before the Supreme Court, which now has a conservative majority.

Their ultimate aim is to secure a review of the 1973 Roe v Wade decision in the Supreme Court legalising abortion nationally.

A number of other Republican-led states are also seeking to impose new curbs on abortion.

The move has seen a growing number of female politicians recounting their traumatic experiences of being raped and in some cases having an abortion.

One of those is Republican Nancy Mace of the South Carolina legislature, who in the face of colleagues pushing for an outright ban on abortion once a heartbeat is detected, said: “For some of us who have been raped, it can take 25 years to get up the courage and talk about being a victim of rape.

“My mother and my best friend in high school were the only two people who knew.”

Women have also been sharing their stories of having an abortion in an online campaign #youknowme to register their opposition against strict new measures.

The crackdown puts the issue of abortion at the forefront of next year’s election campaigns, including the race for the White House.

Breaking his silence on the issue in a series of tweets, Mr Trump said: “I am very strongly pro-life, with the three exceptions – rape, incest and protecting the life of the mother – the same position taken by Ronald Reagan.”

He also said a series of judicial appointments, including conservative Supreme Court justices Neil Gorsuch and Brett Kavanaugh, had created “a whole new and positive attitude about the right to life”.

Mr Trump stressed the need for Republicans to stick together to “win for life in 2020”. 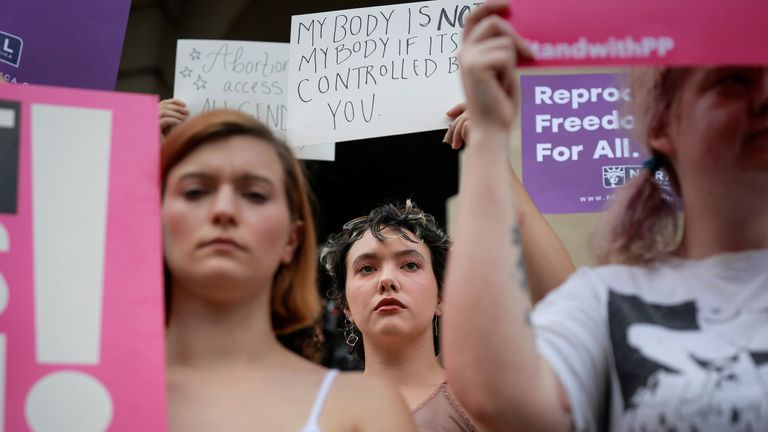 “If we are foolish and do not stay united as one, all of our hard fought gains for life can, and will, rapidly disappear,” he added.

Mr Trump has shifted his stance over the years on what is one of America’s most divisive social issues.

Back in 1999, Mr Trump described himself in an interview as “very pro-choice”, although he also said he “hated” abortion.

Mr Trump has said he changed his views on abortion when a couple he knew decided against a termination and he later met their child.