Marcelo Rebelo de Sousa noticeably jerked The Donald towards him as he arrived at 1600 Pennsylvania Avenue. 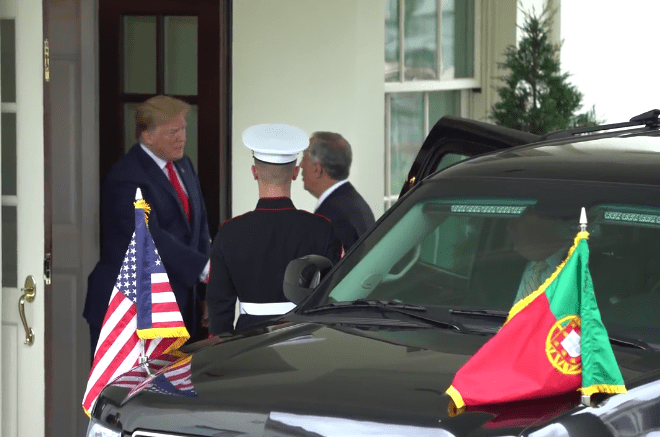 When he stepped out of a car decked out in the Star Spangled Banner and the Portuguese flag he reached out his hand to the leader of the free world.

Shortly after Trump was yanked towards his European counterpart briefly disappearing from view behind a dressed US Marine.

The pair exchanged pleasantries before heading inside the White House.

The two leaders planned to hold talks on the upcoming NATO summit, trade and energy security. 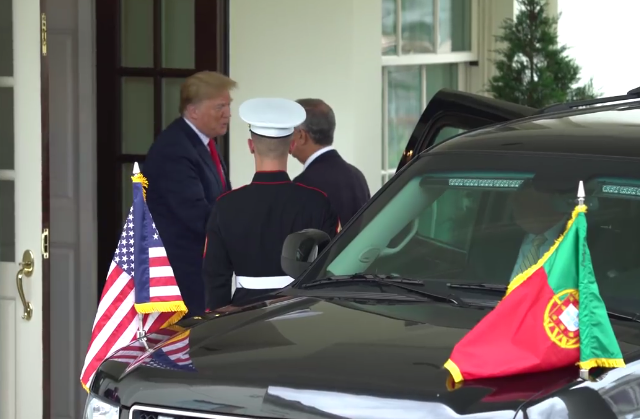 But the conversation quickly shifted to Russian President Vladimir Putin whom Trump is expected to meet with next month and World Cup soccer.

Rebelo de Sousa said he had recently met with Putin, who asked him to extend his greetings to Trump and was "expecting your visit." 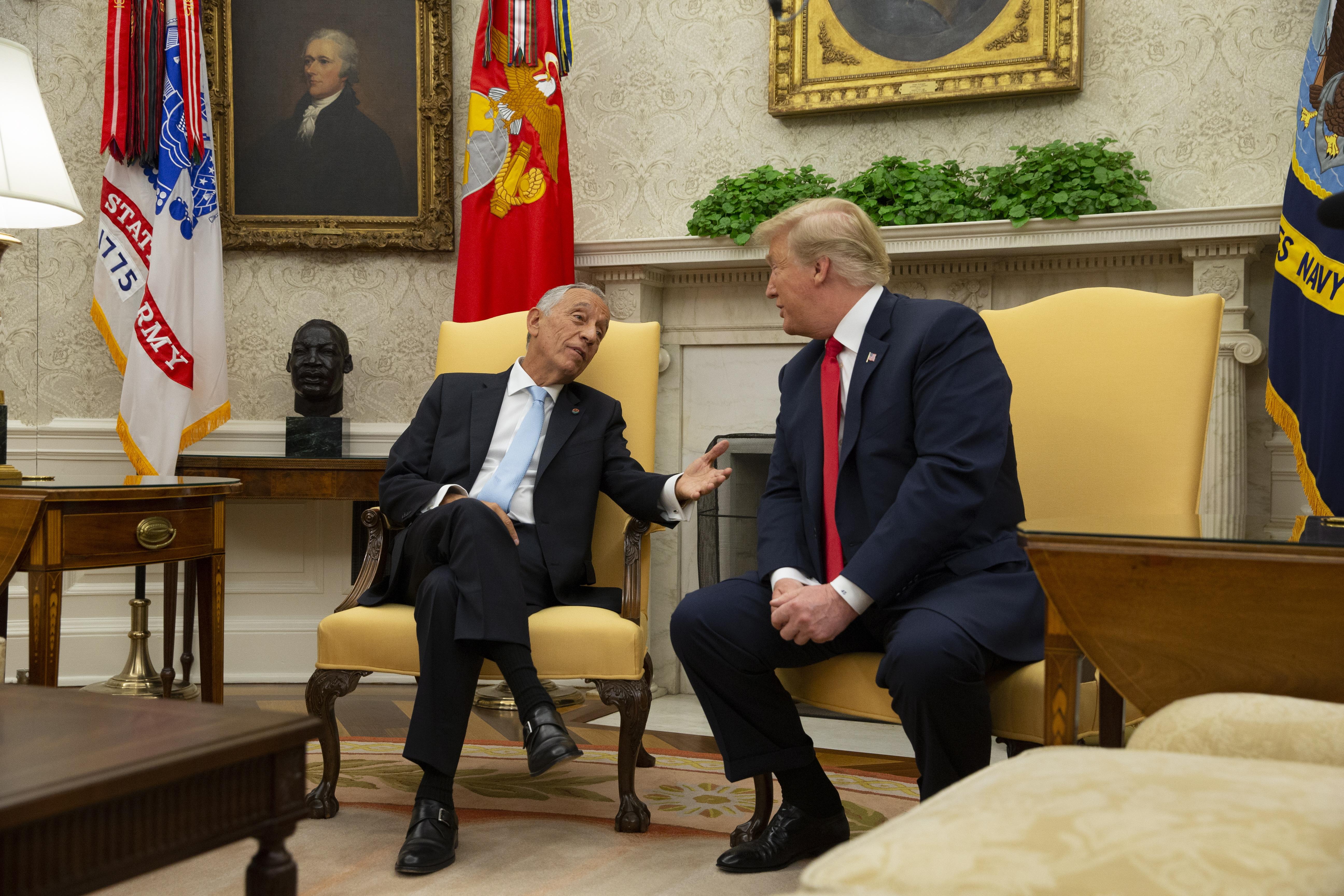 But the Portuguese leader also wanted to make sure Trump knew that his country has Ronaldo, the best soccer player in the world. "I'm sure your son knows it," he told Trump. The president said his son, Barron, an avid soccer player, "knows all about it."

With the specter of a Supreme Court fight and tough mid-term elections ahead, Trump tossed out his own hypothetical. Would Ronaldo, the celebrity soccer star leading Portugal's World Cup team, "ever run for president against you?"

"He wouldn't win. You know he won't," Trump assured him.

Rebelo de Sousa wasn't about to go there. "You know something. I must tell you, Portugal is not just the United States."