The son of the US President shared his own version of the image which had already divided the country earlier this week. 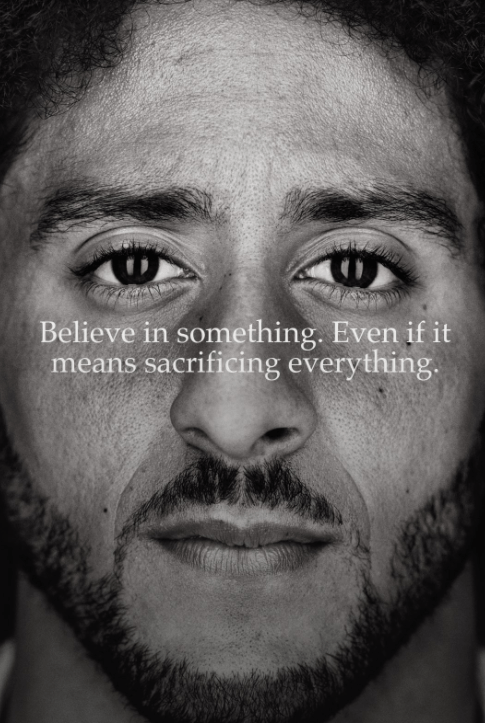 On the original Nike advertisement celebrating 30 years since their 'Just Do It' campaign, Kaepernick's face featured in a black and white image with the message: "Believe in something. Even if it means sacrificing everything."

Kaepernick divided the country when he refused to stand and instead knelt during the national anthem in several NFL games in the 2016 season to protest racial inequality in the country.

But many conservatives, lawmakers and even Donald Trump accused him of "spitting on the flag" and the servicemen who kept the country safe.

Mimicking the ad, Donald Trump Jr shared an image of his father's face with the same message displayed across the bridge of his nose and captioned it: "There, fixed it for you. #MAGA" 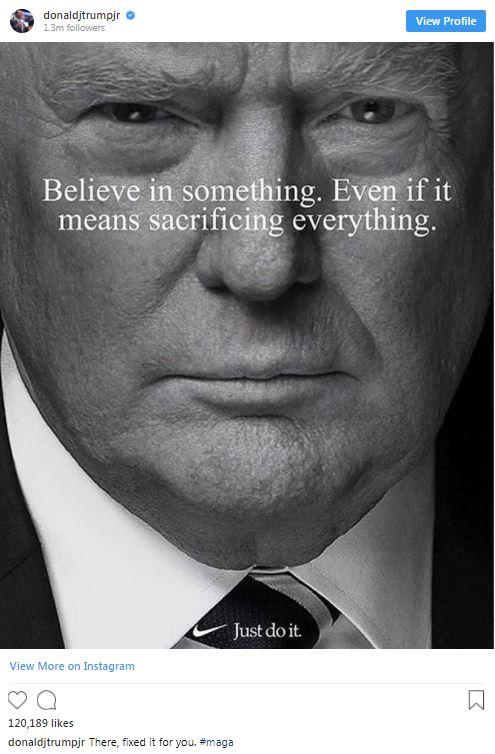 The image has since sparked a flurry of comments, as sweetnothing_x said on Instagram: "Wtf did Trump sacrifice?? Take this L and move on!"

And Drewsaa said: "Oh dear. Oh dear oh dear. Just No little Donald. Put those pens away before you hurt yourself."

"So he's gonna sacrifice the whole country just because he believes his own lies??" ZiggyBoomBox asked.

And MarthaLee7104 said: "He believes in nothing but himself, sad." 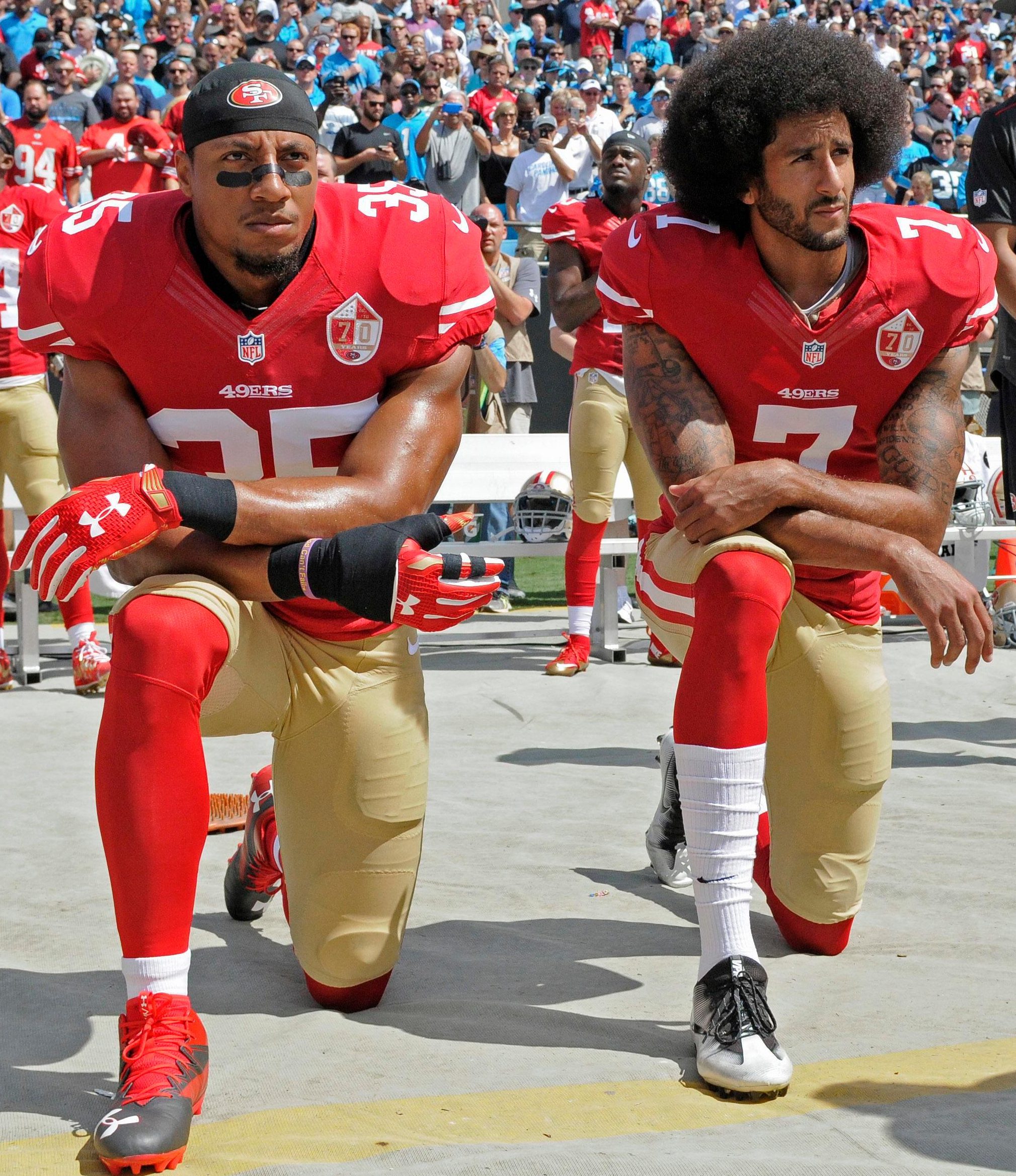 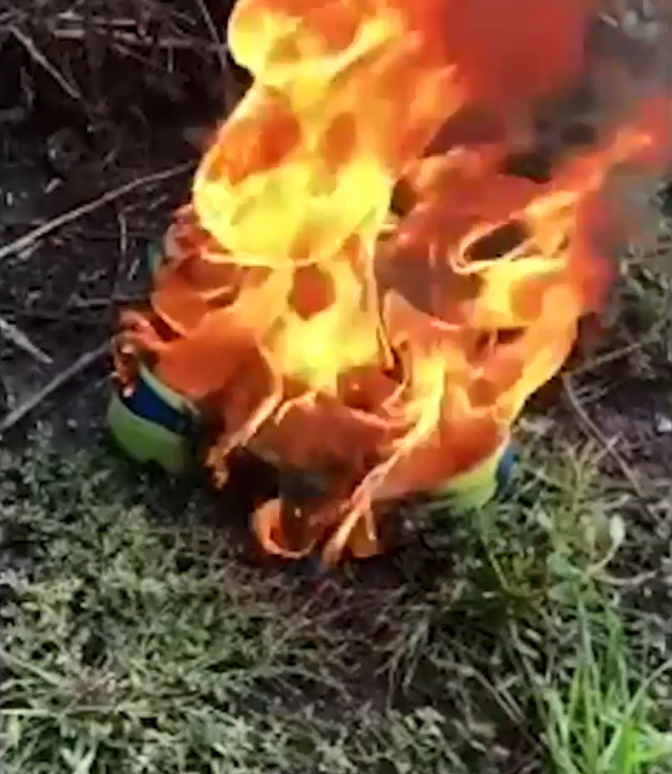 As Nike revealed the ad earlier this week, the backlash against former San Francisco 49ers player Kaepernick has been aggressive and non-stop.

Many commenting underneath supported his stance but the vast majority were less forgiving, with one saying: "Big mistake Nike!"

Larra, who describes herself as a "full-time softball mom", went on: "My family will not be buying, wearing, or speaking the name Nike.

"Kneeling during the National Anthem is unacceptable… The soldiers that died to maintain his rights deserve his respect." 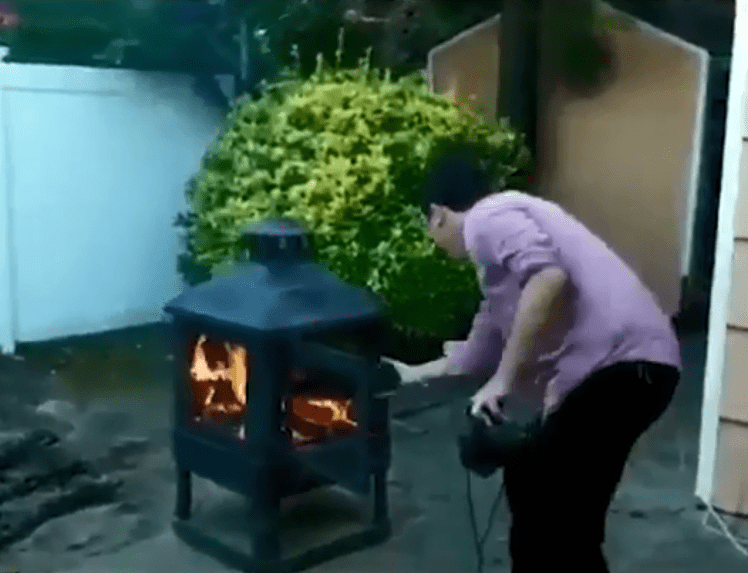 She was not the only one with social media awash with videos of Americans chucking expensive sneakers into furnaces.

Sean Clancy posted a video of his pristine white Nike shoes in flames with the words: "Since when did the American flag and National Anthem become so offensive?"

Another self-professed conservative was seen throwing his trainers into an outdoor furnace.

He wrote: "Nike, due to your support of Colin Kaepernick in your coming ads, I as an American can no longer support your company." 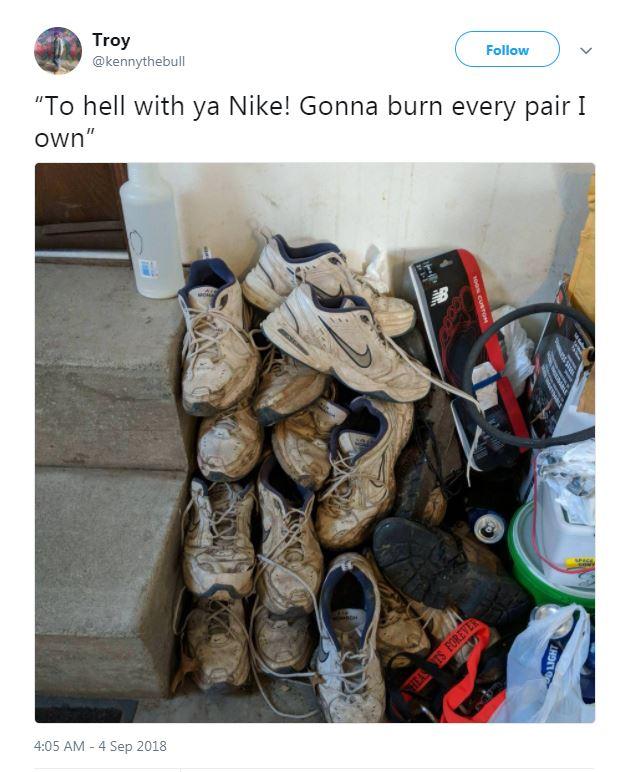 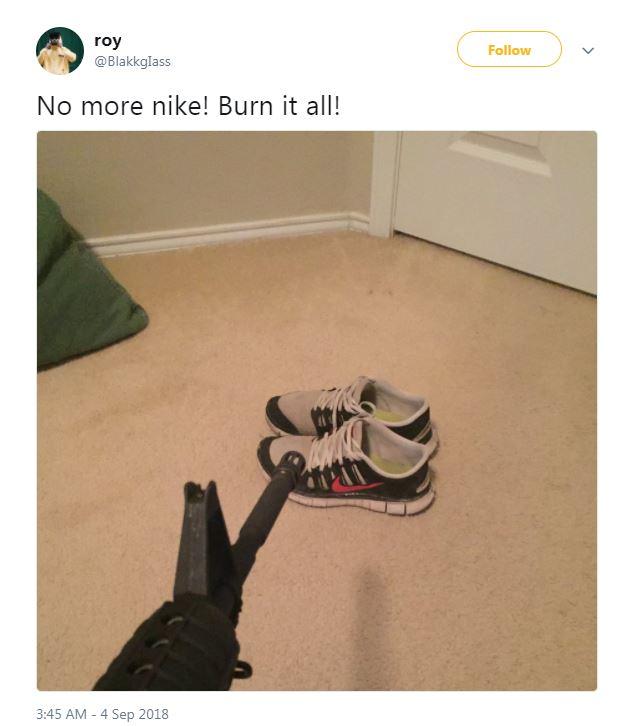 Coach Trotter uploaded an ominous of himself waving an electric flame over dozens of running shoes, saying: "Can't believe Nike would do such a thing."

Nike spokeswoman Sandra Carreon-John announced Kaepernick as one of the athletes featuring in the new campaign yesterday.

Vice president Gino Fisanotti said: "We believe Colin is one of the most inspirational athletes of this generation, who has leveraged the power of sport to help move the world forward."

None of the NFL's 32 teams have signed either Kaepernick, or another ex-49ers player Eric Reid, since their protests spread through the league. 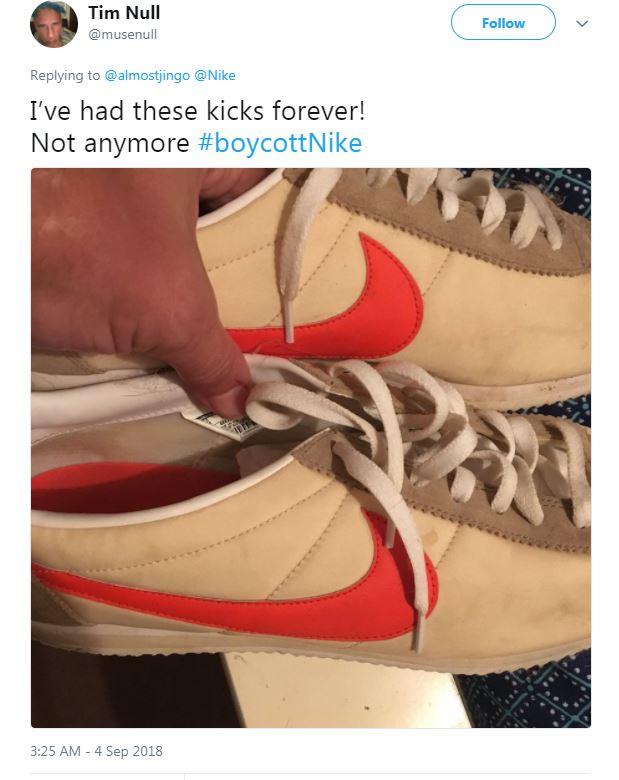 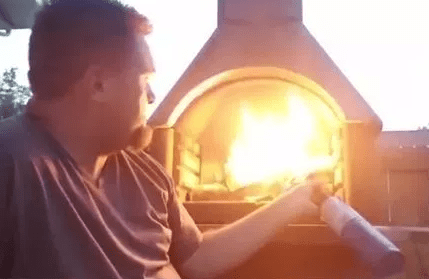 In May, the NFL players' union vowed to appeal against a decision to banish anyone who knelt during the national anthem to the locker room.

It allowed the NFL to fine a team whose players protest on the sidelines and individual franchises would set their own rules regarding players who knelt.

The NFL Players' Association immediately said it will challenge any part of the new policy that violates the collective bargaining agreement.