The US President was asked about the growing belief among America’s Christian right that he had been chosen to lead the country “for such a time as this”. Mr Trump said: “I almost don’t even want to think about it. Because you know what, all I’m gonna do is, I hope it’s true. All I’m going to do is, I’m going to do my best.”

I hope its true!

Mr Trump pointed to his evangelical base, saying he was “so honoured” when evangelist Franklin Graham revealed his father, the late Rev Billy Graham, voted for him in 2016.

He said: “As you know, to me that was a big moment because I have such respect for Franklin and for the family, and Billy Graham is really great.

“There’s a lot of hidden support. People in our country that don’t riot, don’t protest, that don’t, you know, they work hard.

“They’re smart, they have everything, but they were forgotten by the politicians. 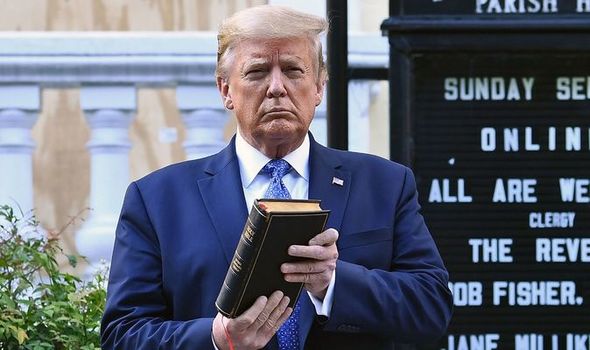 The President said Housing and Urban Development Secretary Ben Carson told him, while the two were running against each other, that Mr Trump would win “because God put you here for this occasion.”

Two professors who study religion and politics said a survey had found more churchgoers now believed Trump was anointed by God to lead the nation. 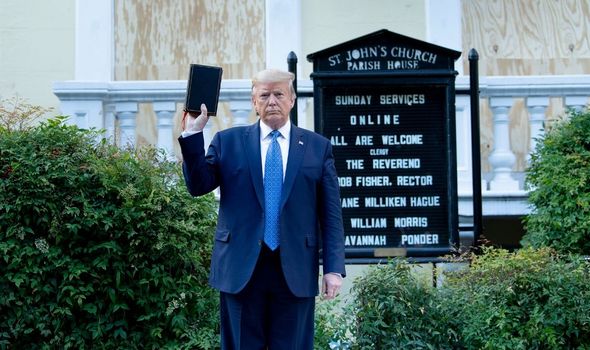 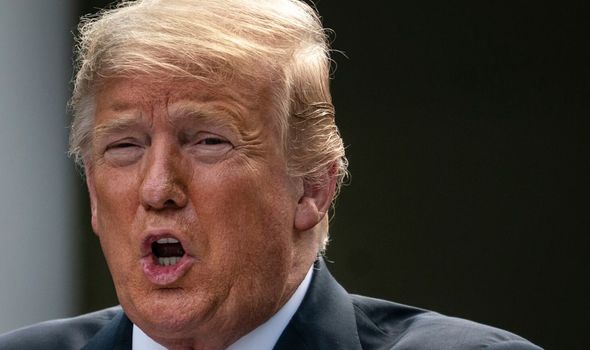 They said: “We were quite surprised by the result that 49 percent of those frequently attending worship services believed that Trump was anointed by God to be president.

“At least until we examined the evidence that suggested religious and secular elites continue to claim that Trump has a religiously significant role to play.”

Mr Trump stoked controversy when he posed for photos holding a bible on the steps of St John’s church in Washington at the height of the Black Lives Matter protests in the US.

Many of Mr Trump’s evangelical supporters saw the move as a key religious victory at a time of global turmoil.

“My mother just shouted out, ‘God give him strength! He’s doing a Jericho walk!’” 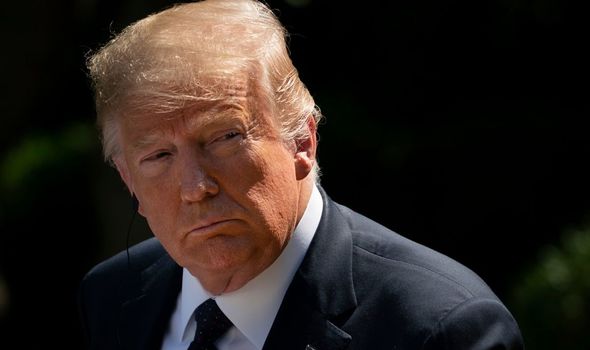 He said: “My mother started crying. She comes from Pentecostal background, and she started speaking in tongues.

“I haven’t heard her speak in tongues in years. I thought, look at my President!

“He’s establishing the Lord’s kingdom in the world.”