The US President told cheering fans at a rally in West Virginia their relationship had blossomed since their first "tough talks". 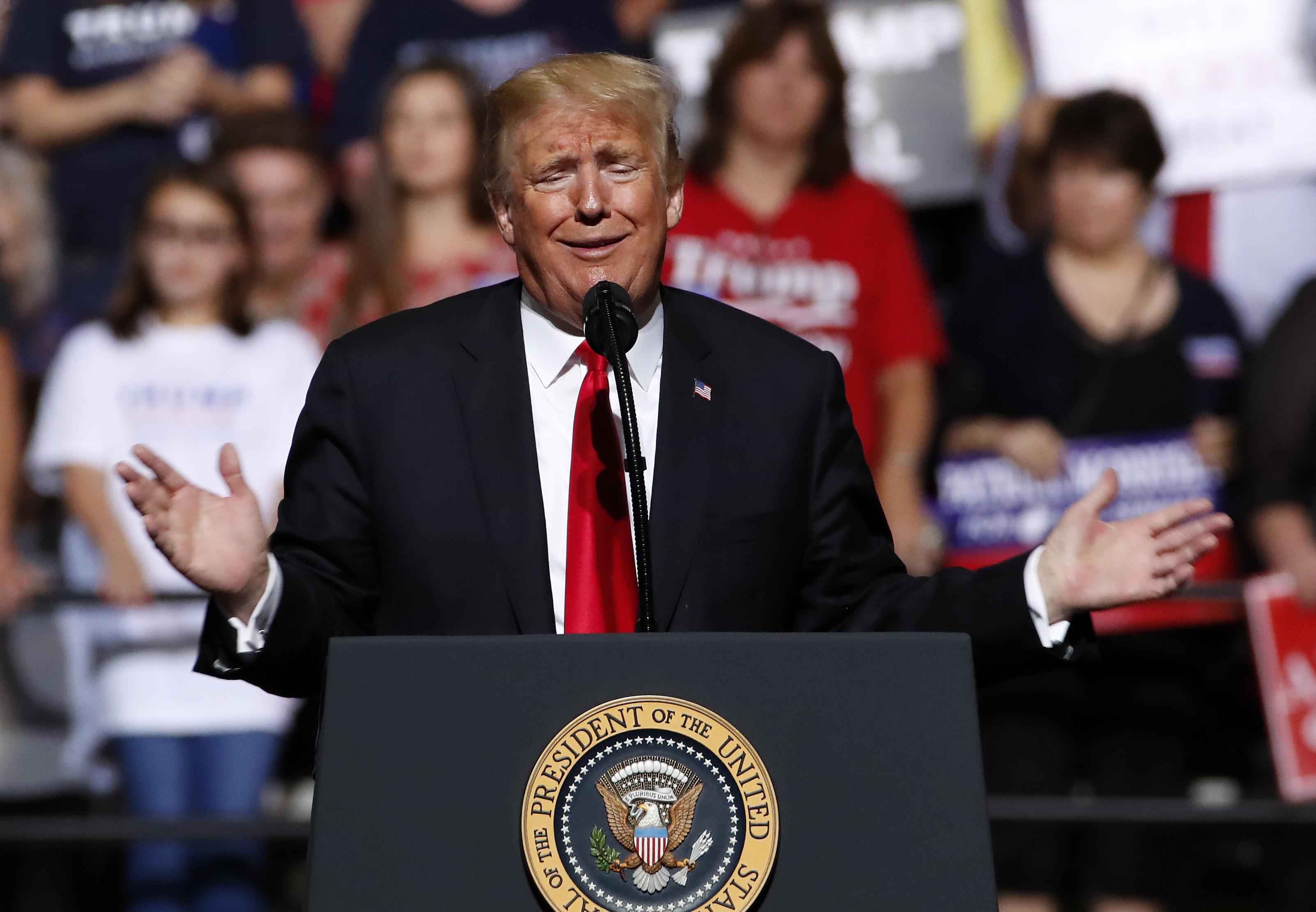 Addressing the thousands-strong crowd, he said: "He wrote me beautiful letters and they're great letters. We fell in love."

He joked about criticism he would get from the news media for making a comment some would consider "unpresidential" and for being so positive about the North Korean leader.

"Why has President Trump given up so much?" Trump said in his mock "news anchor" voice. "I didn't give up anything."

He noted that Kim is interested in a second meeting after their initial meeting in Singapore in June was hailed by Trump as a big step toward denuclearization of North Korea. 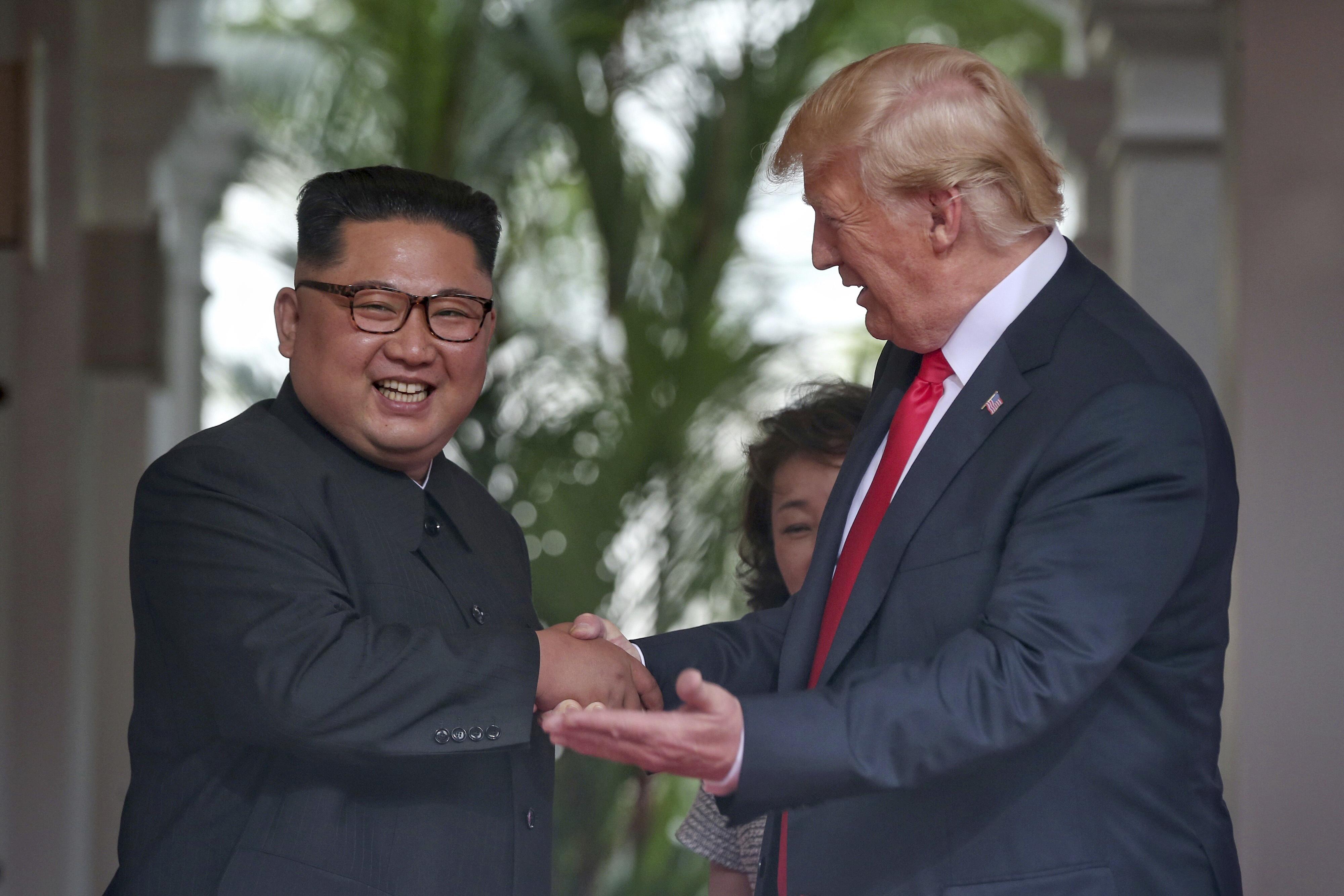 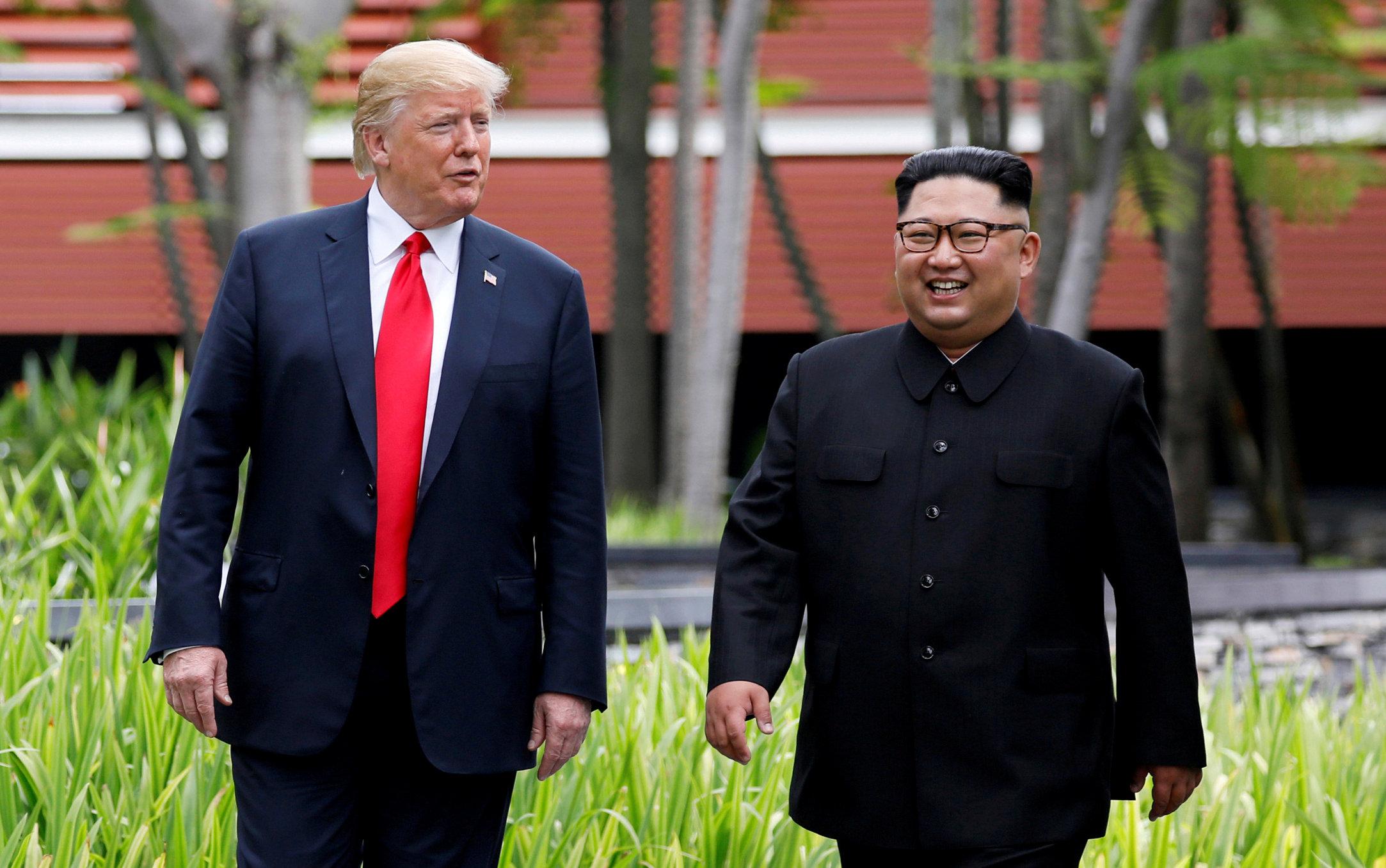 But denuclearization negotiations have stalled.

More than three months after the June summit in Singapore, North Korea's top diplomat Ri Yong Ho told world leaders at the U.N. General Assembly Saturday that the North doesn't see a "corresponding response" from the U.S. to North Korea's early disarmament moves. Instead, he noted, the U.S. is continuing sanctions aimed at keeping up pressure.

Trump took a much more optimistic view in his rally speech. 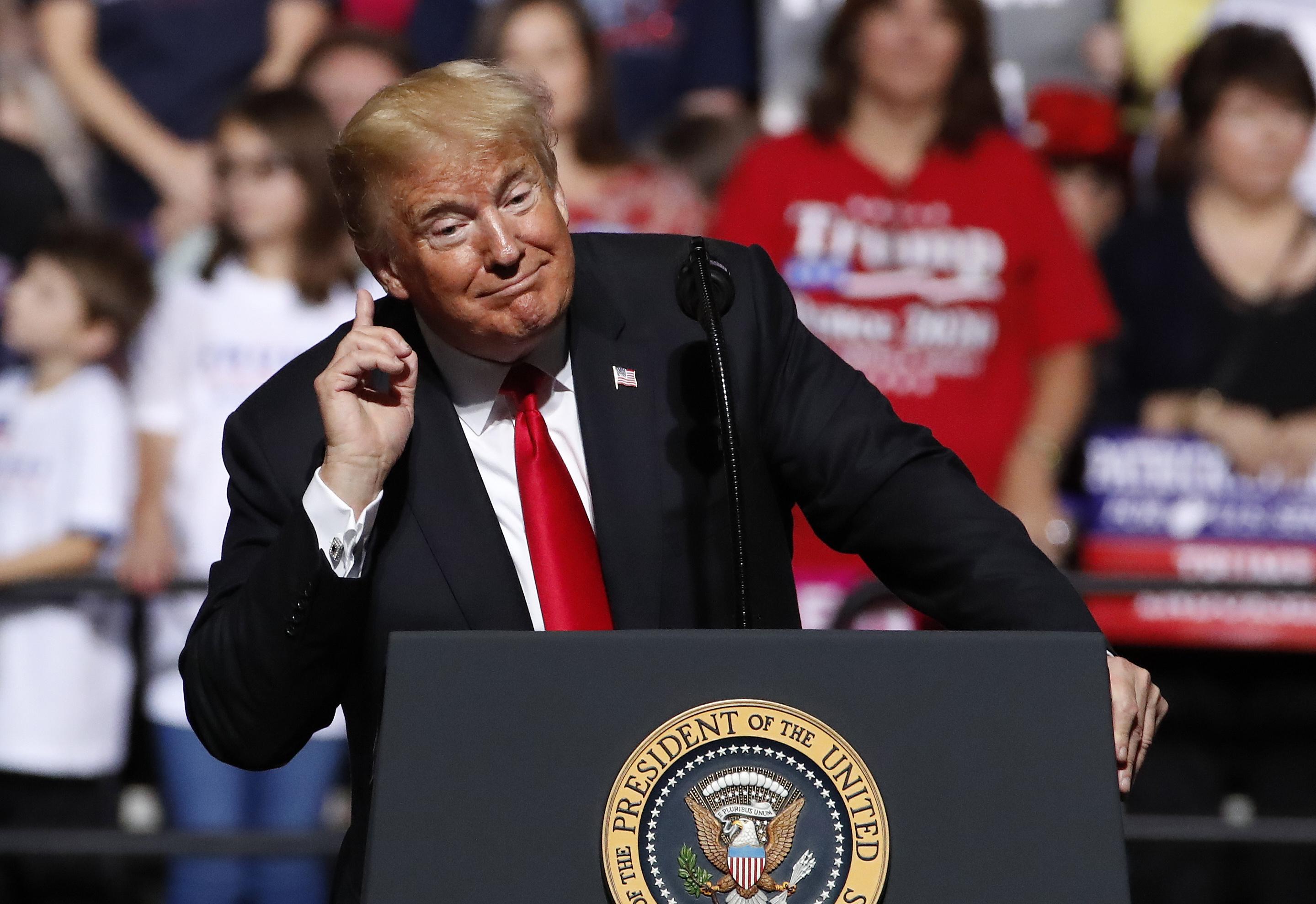 He said his efforts to improve relations with Kim have brought positive results ending rocket tests, helping free hostages and getting the remains of American servicemen returned home.

And he defended his unusual approach in talking about relations with Kim.

"It's so easy to be presidential, but instead of having 10,000 people outside trying to get into this packed arena, we'd have about 200 people standing right there," Trump said, pointing at the crowd directly in front of him.