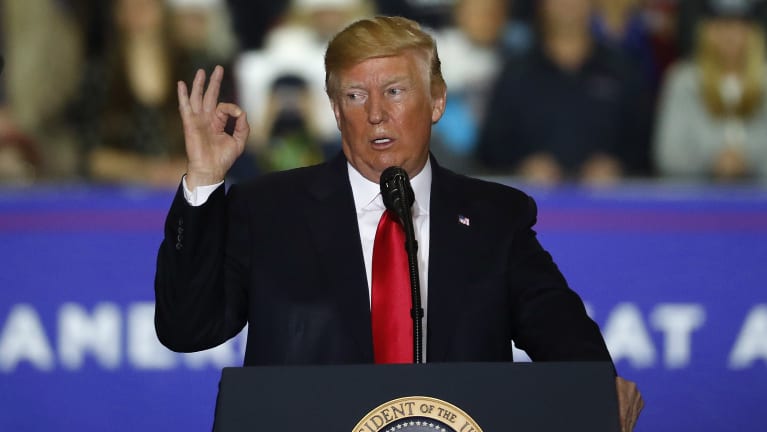 President Donald Trump at a rally in Michigan at the weekend.

Donald Trump spent his Saturday evening among fans at a rally in Michigan doing what he does best, joyously hectoring key enemies – currently the fake news media and the sacked FBI director James Comey – and heaping praise upon himself. At one point a chant broke out that had him grinning and nodding as it was picked up across the stadium. “Nobel! Nobel! Nobel!”

The thought that this president might be considered worthy of a Nobel Peace Prize must be as confounding to many as the sudden prospect of the denuclearisation of the Korean Peninsula and the formal end of the Korean War.

It was just four months ago that Trump and Kim Jong-un were trading insults and threats of annihilation with what appeared to be contempt for the lives of millions of civilians on the Korean Peninsula, in Japan, on Guam and, for the first time, on the continental United States.

So beyond diplomatic theatre, how much has been achieved in recent days? And how much credit is due to the Trump administration? Is he the beneficiary of this moment in history or the creator of it?

During briefings in Seoul at the height of tensions late last year,  Fairfax Media was told by a range of analysts that Trump’s tough talk – which was causing shockwaves around the world – was welcomed by many in South Korea.

In one interview, Uk Yang, a senior research fellow at the Korean Defence and Security Forum and an advisor to the Ministry of National Defence, said Trump’s rhetoric was a welcome change to that of Barack Obama’s policy of “strategic patience”.

According to Yang, Obama had simply maintained sanctions in order to keep North Korea’s economy ruinous so he could pass the problem on, unchanged, to his successor. 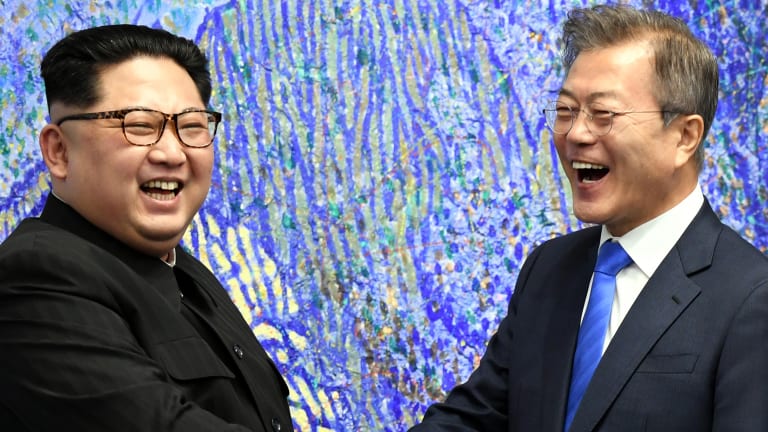 Yang likened Trump’s Twitter abuse of Kim Jong-un to Richard Nixon’s so-called “madman strategy”, by which the former president sought to intimidate Communist Bloc leaders by appearing to be volatile enough to use nuclear weapons if provoked.

“That kind of strategy does not work for most politicians but it might work for him,” said Yang. “I think that in some ways Trump is doing better with Kim Jong-un, by using the language of Kim Jong-un.”

Days before Trump was due to arrive in South Korea for a state visit in November, Sang Chui-Lee, who holds the ministerial-level post of First Deputy Chief of National Security Strategies, told Fairfax Media that observers needed to look beyond Trump’s Twitter feed to his formal language and that of the State Department and military chiefs. Lee said that for Trump’s strategy to work he needed to both maintain a hard line against provocations by the regime but remain open to talks. Days later in his speech to South Korea’s National Assembly, Trump said, “I also have come here to this peninsula to deliver a message directly to the leader of the North Korean dictatorship: The weapons you are acquiring are not making you safer. They are putting your regime in grave danger. Every step you take down this dark path increases the peril you face.

“Yet, despite every crime you have committed against God and man … we will offer a path to a much better future. It begins with an end to the aggression of your regime, a stop to your development of ballistic missiles, and complete, verifiable, and total denuclearization.”

In the new year tensions rapidly eased, to the point that in January talks between north and south were held for the first time in two years. South Korea’s president, Moon Jae-in, was quick to praise his key ally, telling reporters at the time, "I think President Trump deserves big credit for bringing about the inter-Korean talks. It could be a resulting work of the US-led sanctions and pressure."

The startling sight of the two leaders shaking hands on both sides of the demilitarized zone on Friday has prompted more praise for Trump’s efforts.

Expressing her surprise at the speed of diplomatic events South Korea’s foreign minister, Kang Kyung-wha, told CNN this weekend, “I feel like someone stepped on the accelerator at the beginning of the year and it has been non-stop since then. Clearly credit goes to President Trump. He has been determined to come to grips with this from day one.”

Julie Bishop and Malcolm Turnbull have taken the same line, with the prime minister telling reporters on Saturday, "I’ve given him that credit because Donald Trump has taken a very, very strong, hard line on the denuclearization issue and he has been able to bring in the support of the global community and, in particular, China.”

Lindsey Graham, one of the few prominent Republicans to offer (occasional and tepid) criticism of Trump’s “America First” foreign policy has also offered praise, saying “What happened? Donald Trump convinced North Korea and China he was serious about bringing about change. We’re not there yet, but if this happens, President Trump deserves the Nobel Peace Prize.”

The foreign policy specialist Ian Bremmer, president of the Eurasia Group, who has highly critical of Trump’s foreign policy to date, voiced his own praise via Twitter, noting that diplomatic breakthroughs like this do not happen “without priority and pressure from [the] US president”.

Should North Korea end its nuclear program he believes Trump should share in a Nobel prize, along with leaders of the two Koreas and President Xi Jinping of China. Others have suggested, only half-joking, that the basketball star Dennis Rodman, who forged a baffling friendship with Kim in 2013, should also be recognised. 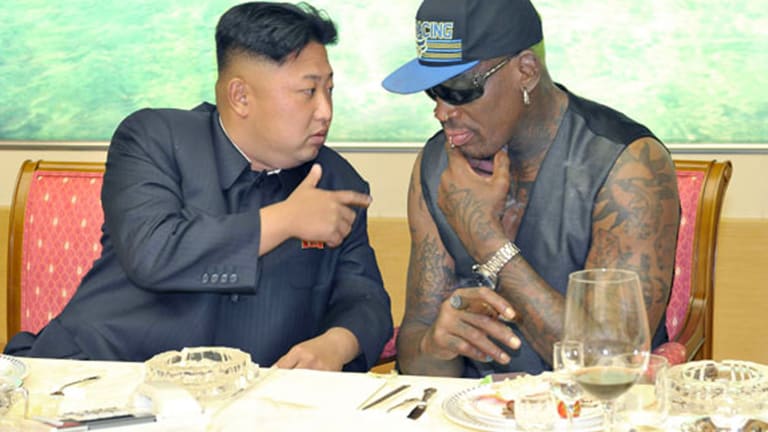 Skeptics are warning that there have been previous false dawns on the Korean peninsula, and note that while the two leaders have agreed to pursue not only denuclearisation but a peace treaty to formally end the Korean war, there has been no framework agreed on how to achieve such lofty goals. They note that North Korea has proved adept at extracting concessions from the world with overtures of peace only to resume weapons programs.

According to a report by Axios, a news outfit known for its White House sources, Trump believes this is his “great man” of history moment, and that he alone is the deal maker to bring about lasting peace when he sits down for talks with Kim in coming weeks.

Others in his orbit believe any talks with the North Korean leader are bound to be fruitless.