Yesterday, South Korean officials said shots had been fired from North Korea at the demilitarised zone – the hostile border between the two countries. The exchange began when North Korean soldiers shot at a South Korean guard post at 7.41am local time on Sunday. The South Korean military shot back twice, Seoul’s joint chiefs of staff said in a statement. No casualties or equipment damage were reported on either side.

However, the increase in hostility will have caught the eye of President Trump, who has tried and failed to persuade Kim to give up his weapons in recent years.

Trump has made his war of words with Kim Jong-un a central theme of his presidency, with both leaders engaging in animated rows over nuclear weapons.

In November 2017, the US President warned Pyongyang that it will “face peril” if its warheads are not given up in due time.

Mr Trump said: “The weapons that you are acquiring are not making you safer, they are putting your regime in grave danger. 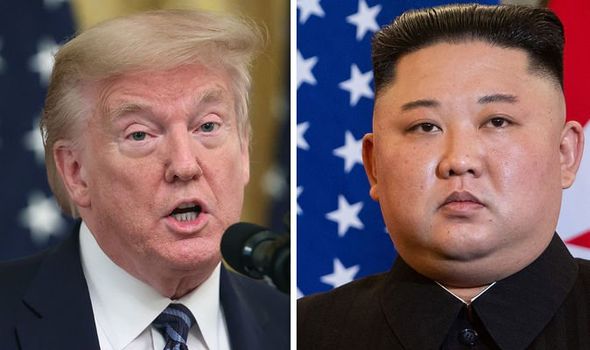 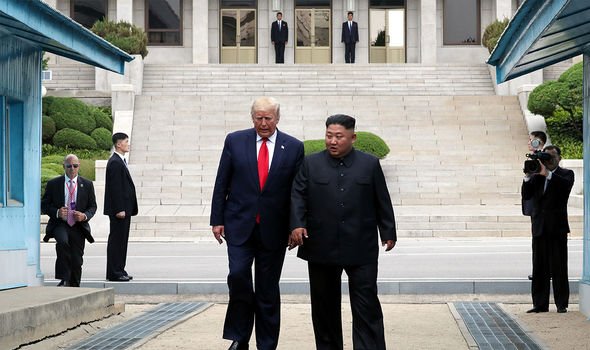 “Every step you take down this dark path increases the peril you face.”

He then addressed Kim directly, adding that he was prepared to reach an agreement with the regime “despite every crime you have committed against God and man”.

He continued: “We will offer a path to a much better future. It begins with an end to the aggression of your regime, a stop to your development of ballistic missiles, and complete, verifiable and total denuclearisation.”

He ended his defiant statement by warning Kim: “Do not underestimate us. Do not try us.”

Create your own survey at doopoll.co

In February 2019, the two met in Hanoi, Vietnam, and talks initially looked promising when a reporter asked Kim whether he was considering denuclearisation.

The North Korean President responded: “If I’m not willing to do that, I wouldn’t be here right now.”

However, just hours later a scheduled lunch between Trump and Kim, as well as a potential joint signing ceremony, was cancelled as talks ultimately fell flat.

They also met in Stockholm in last October – but the talks in Sweden broke off with the North’s envoy saying the US failed to show flexibility. 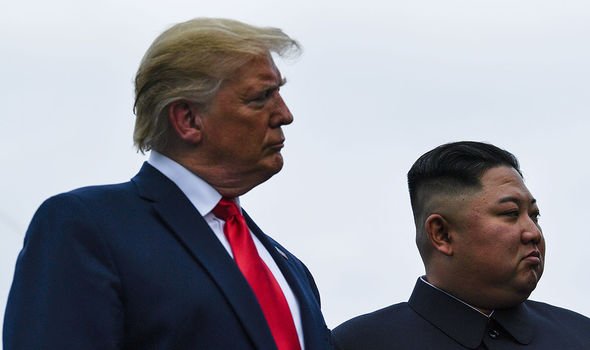 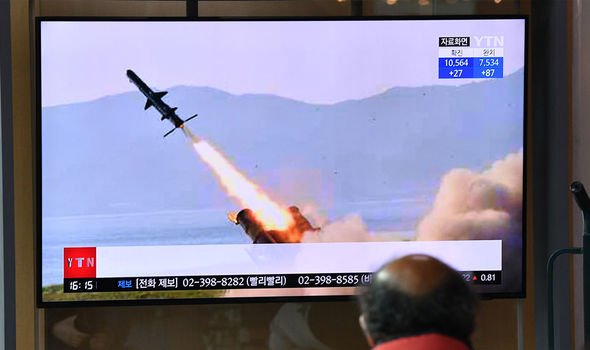 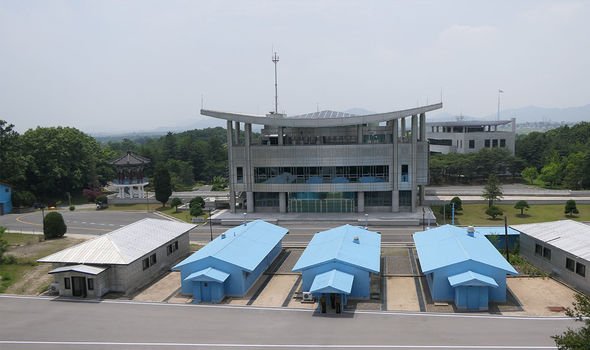 Last week, Kim’s health was a subject of speculation as some reports suggested he was dead.

However, the North Korean leader made his first public appearance in 21 days last week.

The country’s state controlled news agency said Kim cut a ribbon at the ceremony on Friday and those attending “burst into thunderous cheers of ‘hurrah!’ for the Supreme Leader who is commanding the all-people general march for accomplishing the great cause of prosperity”.

One expert believes Kim may be recovering from a medical setback.

Seong-wook, a professor of North Korean studies at Korea University, said of the ceremony: “Preparing desks and chairs on the stage seemed a bit rare for such an outdoor occasion.

“Kim might have some physical conditions that prevent him from standing too long and he needs to be seated after standing up for a while.”