Donkey wrong! Dead mule is dragged along the road by a truck in Peru

Shocking footage shows what appears to be a donkey being dragged behind a truck as it hurtles along a road in Peru.

The dead animal is attached to the Isuzu lorry, which is painted with religious imagery, by two lengths of rope – one tied to its forelegs, the other to its hindquarters.

The incident is believed to have occurred on an otherwise deserted stretch of road in Chiclayo, in the Lambayeqye region. 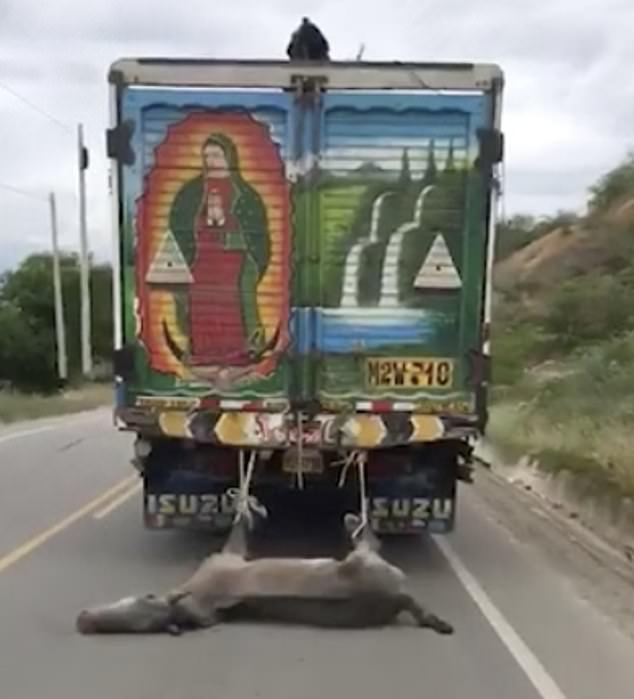 It is not known when the distressing footage was taken but it was uploaded to news website Punto Aparte’s Facebook page two weeks ago by Jose Alvines.

Some users on social media have suggested the animal is in fact a horse – with one poster saying it was a dead mare which was later dumped at a farmhouse in Utcubamba, further inland.

Donkeys still act as a beast of burden in rural parts of Peru and are frequently used by farmers to carry loads or pull carts.

The animals are generally well looked after as they are a vital resource for agricultural communities in the region.

Along with other pack animals – including llamas, mules and horses – donkeys, which can comfortably carry a 40kg load, are also widely used to help establish base camps for climbers in the Andes. 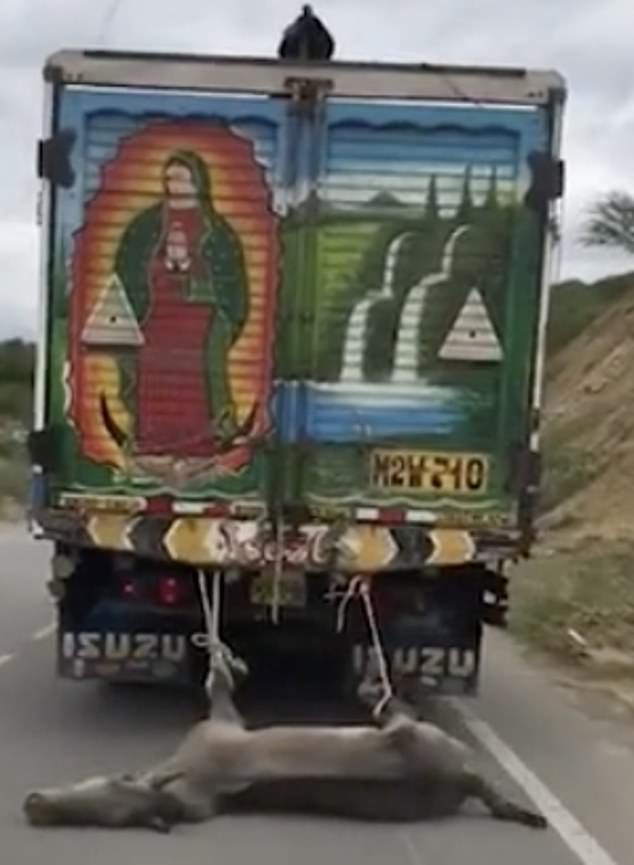 Some users on social media have suggested the animal is in fact a horse – with one poster saying it was a dead mare which was later dumped by a farmhouse in Utcubamba, further inland