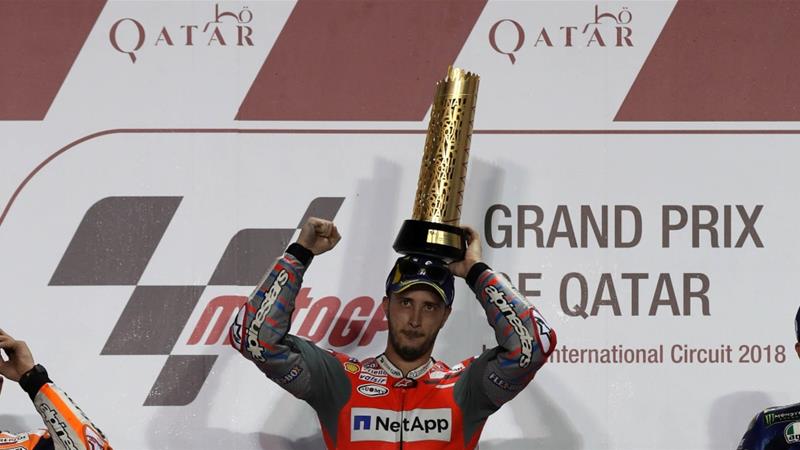 Italian Andrea Dovizioso won his first Qatar Grand Prix, the opening round of MotoGP 2018, which was hosted by Doha over the last three days at Losail International circuit.

Ducati’s Dovizioso came in first place after completing the 22 laps in 42 minutes 34.654 seconds. It is the Italian’s first victory in Qatar after failing to win it the past three years, coming second on all three occasions.

“It was a perfect race, perfect weekend,” said Dovizioso of his first win in Qatar after three times finishing runner-up.

“We did a really bad start but I was calm. I recovered very slowly and saved a lot the tyres and was able to push at the end,” added the Italian.

He became the second Italian national to win the Qatar Grand Prix after Valentino Rossi. The latter is the record holder of Qatar Grand Prix, having won it on four occasions with 2015 his last win there.

Dovizioso had started eighth but seized the lead from Frenchman Johann Zarco, who had set the pace from pole position, with five laps to go and pulled away with Marquez in close pursuit.

Joyful with his victory Dovizioso said, “As always with Marc, the last lap is very difficult but I was able to beat him again.”

Honda’s reigning world champion Marc Marquez finished a mere 0.027 seconds behind the man who took last season’s title battle down to the wire.

Valentino Rossi, the Italian great starting his 23rd Grand Prix season at the age of 39 and with a new two-year Yamaha contract freshly signed, joined them on the podium after the night-time race.

The Spaniard made his move at the last corner of the last lap but failed to make it stick, with Dovizioso using the Ducati’s power to take his ninth MotoGP win.

Britain’s Cal Crutchlow was fourth for LCR Honda, the best non-factory rider, with Zarco dropping to eighth as his tyres lost performance.

Marquez, winner of four of the last five MotoGP titles, did all he could at a track he sees as one of his most difficult.

“When Dovi was pushing I was losing the front, losing the rear but anyway I arrived close in the last corner. I tried,” said the Spaniard.

“Again, he beat me, but I’m very happy. Here a podium was the main target.”

In a tightly-fought race, with the pack jostling for position behind Zarco before Dovizioso’s move, the gap between winner and Honda’s Dani Pedrosa in seventh place was just 4.6 seconds.

“I expect more compared to last year, because with this year’s bike I feel good,” said Rossi, who won one race in 2017 and finished fifth overall despite breaking his leg at the end of August.

“I know that Marquez and Dovizioso are faster at the moment, they have a little bit more, so when Dovi went in front I tried to give 120 percent to stay with them.”

This year’s Qatar Grand Prix also saw a new record for fastest lap. France’s Johann Zarco completed one lap in 1 minute 53.680 seconds, breaking the record achieved by Lorenzo in 2008 when he completed the race in 1:53.927.

The 2008 record was also broken by Marquez and Danilo Petrucci, but both were slower than Zarco.

The Italian edged Marquez by 0.027 seconds, and by 0.797 ahead of Italian legend Rossi. Other highlights of this year’s edition saw 2016 champion Lorenzo had to retire from the race after falling in the 10th lap. 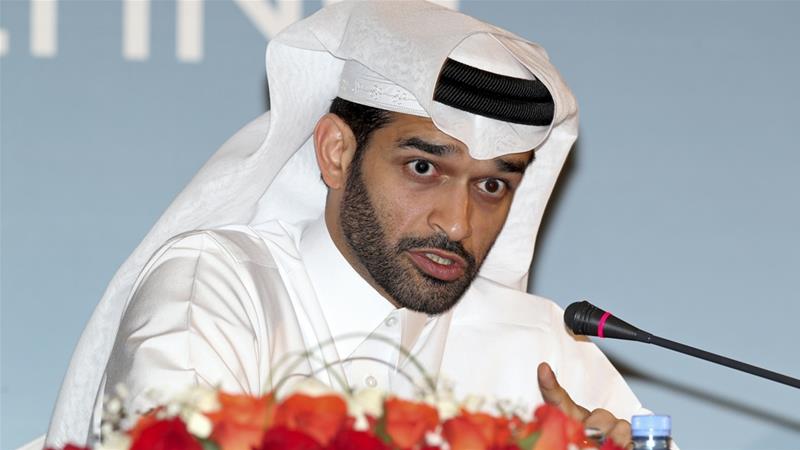