Dozens charged with rioting to appear in Hong Kong court

Riot charges against 44 defendants are the most serious case brought to court since protests began last month. 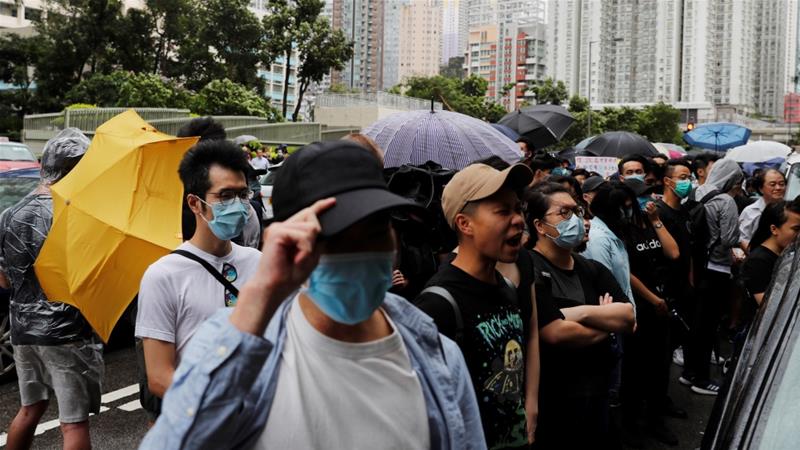 Supporters have gathered outside a court in Hong Kong before a court appearance by more than 40 protesters who have been charged with rioting stemming from demonstrations over the weekend.

The supporters chanted “Reclaim Hong Kong” as they gathered under heavy rain on Wednesday morning. They are protesting China’s influence in the city’s affairs.

Police announced late on Tuesday that 44 people had been charged with rioting and one other with possessing offensive weapons.

The announcement sparked new protests that went on until the early morning hours of Wednesday.

The defendants were arrested after clashes with police at an unauthorised protest on Sunday.

A total of 49 people, including 32 men and 17 women between the ages of 16 and 41, had initially been arrested from the scene.

Hong Kong police said it “will not rule out the possibility of further arrest” as it investigates the four others released temporarily or out on bail.

The riot charges are the most serious brought since protests began last month. News of the charges prompted more protests outside two police stations on Tuesday night. 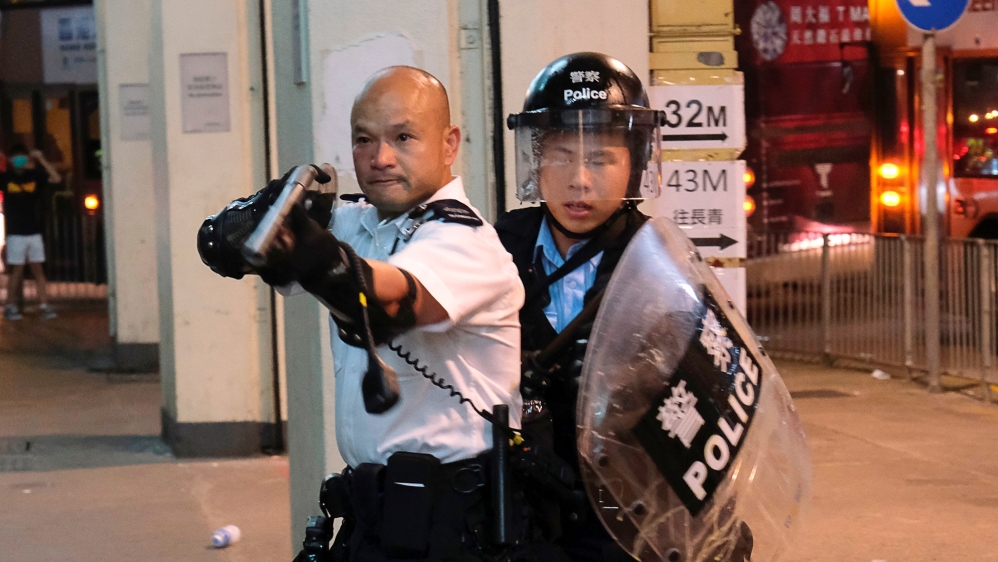 In a statement on Tuesday, Hong Kong police accused the protesters of setting up roadblocks, breaking fences, damaging street signs and attacking police officers with bricks and iron rods.

As the demonstrations went on Tuesday night, fireworks were set off by unknown people, injuring six protesters.

Five people were taken to a nearby hospital for their injuries and the sixth man declined medical treatment at the scene, police said.

Video footage on social media appears to show a car driving by the Tin Shui Wai police station as fireworks flare by where protesters were gathered.

Police said it was not an action taken by officials and that officers are investigating the incident.

Activists began protesting in early June for the government to withdraw an extradition bill that would have allowed people to be sent to stand trial in mainland China, where critics say their legal rights would be threatened.

The government suspended the bill, but the protests have expanded to calls for democracy and government accountability.