ALMATY (Reuters) – The Kazakh government ordered the evacuation of a town of 44,000 on Monday after a series of blasts at a nearby munitions depot killed one person and injured dozens, the Central Asian nation’s authorities said. 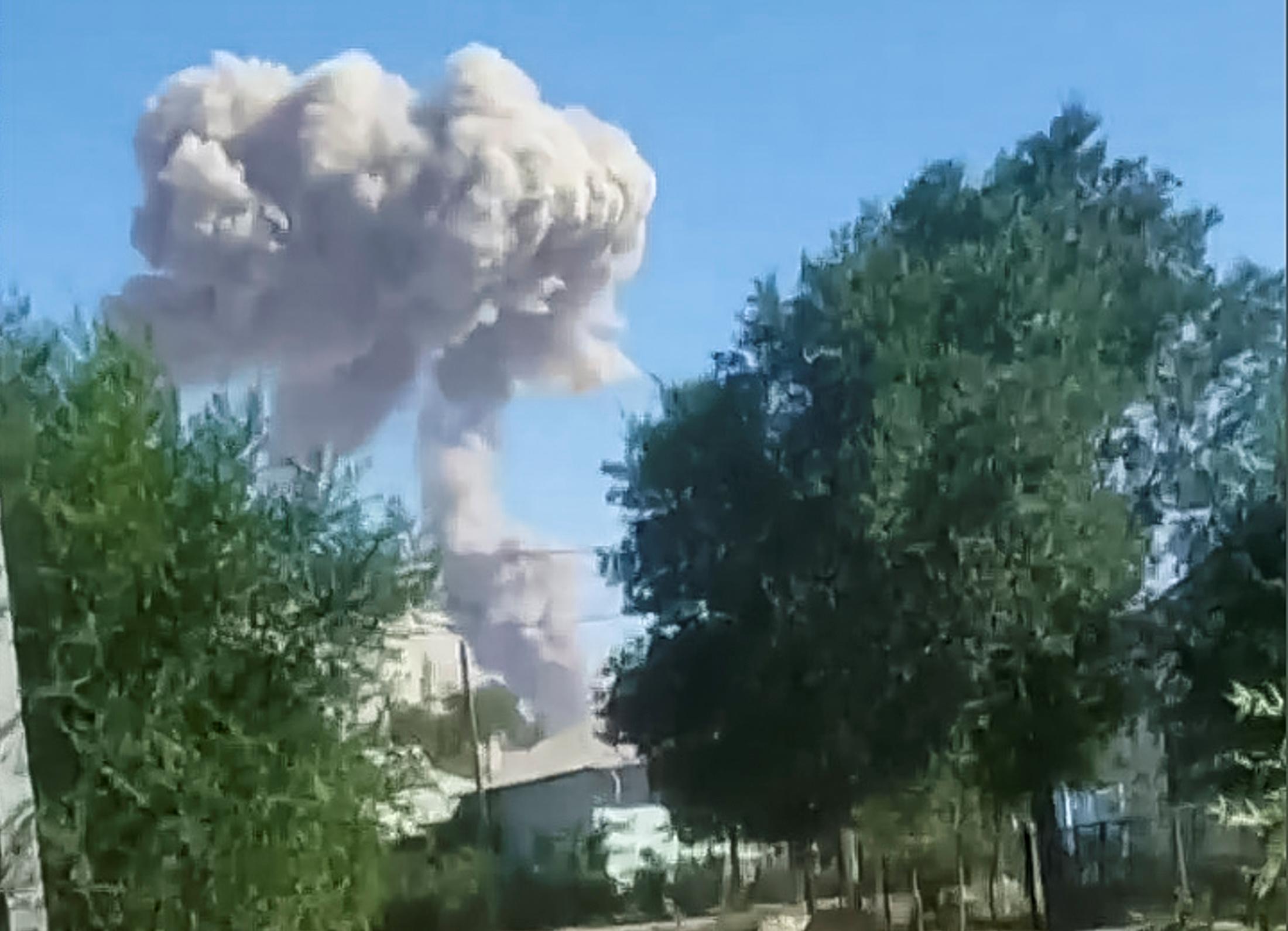 The blasts occurred at a military base near Arys in the former Soviet republic’s southern Turkestan province, which houses a large Soviet-era storage facility for explosive munitions.

The cause of the fire which led to the explosions was unclear. Similar incidents in the area, in 2009, 2014 and 2015, were blamed on negligence and failure to observe safety regulations.

Videos posted by local residents showed frightened people staring at a giant cloud of smoke and dust rising from the site, accompanied by thunder-like noise of more munitions exploding.

Another video showed agitated soldiers screaming profanities as they run out of the military base in full gear, stepping on shattered glass.

They can be seen stopping two cars on a nearby highway and ordering the drivers to take away several civilian women they had escorted out of the facility. The soldiers drop to the ground as more explosions are heard.

Provincial governor Umirzak Shukeyev told a briefing that one person has been killed and 31 injured. The authorities warned locals against trying to return to the town because unexploded shells could turn its streets into minefields.

“The scale (of fires) is very large and this could go on for a few days,” Shukeyev said.

Kazakh President Kassym-Jomart Tokayev wrote on Twitter he had ordered the government to ensure the safety of the local population and investigate the cause of the blasts.

Tokayev is heading to Arys himself, along with senior officials, his spokesman said.