Fighting between Afghan forces and the Taliban left dozens dead in a restive eastern province as negotiators from both sides pushed ahead with peace talks in Qatar.

He said at least 11 Afghan security personnel were killed in fighting in Hesarak, while eight pro-government fighters were killed in Khogyani district.

The official added that about 30 Taliban fighters died in the clashes.

The Taliban has not commented on the fighting so far.

“There have been no attacks from our side … The enemies continue to attack and spill the blood of Afghans,” Afghanistan’s acting Minister of Defense Asadullah Khalid said.

The latest fighting comes as the Afghan government and the Taliban are engaged in talks in Doha aimed at ending the long-running conflict.

Representatives from the Afghan government and the Taliban started face-to-face talks on Monday after months of delay over a contentious prisoners swap agreement between the two sides.

The negotiations are a result of a deal between the Taliban and the United States signed in February, which also paved the way for the withdrawal of all foreign forces by May 2021.

US Special Representative for Afghanistan Zalmay Khalilzad said although the talks raise hopes of the war ending in the country, many challenges remain.

“This is a new phase in diplomacy for peace in Afghanistan,” Khalilzad said last week.

“These negotiations are an important achievement, but there are … significant challenges on the way to reaching an agreement.” 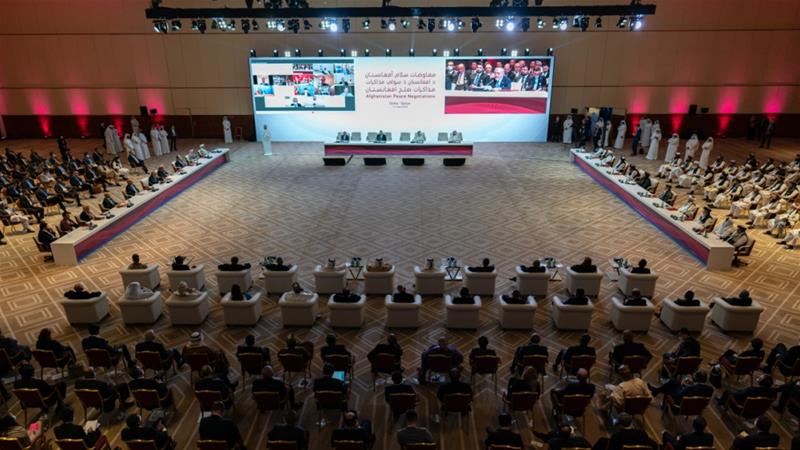 Historic talks held in Qatar on ending war in Afghanistan Afghanistan’s Abdullah: There’s no loser in a peaceful settlement