A 72-YEAR-old camper was gored and thrown 15 feet in the air by a bison after she tried posing for pictures with hairy beast.

Shocking footage captured the moments before a California woman was stabbed by a bison at a Yellowstone National Park in Wyoming. 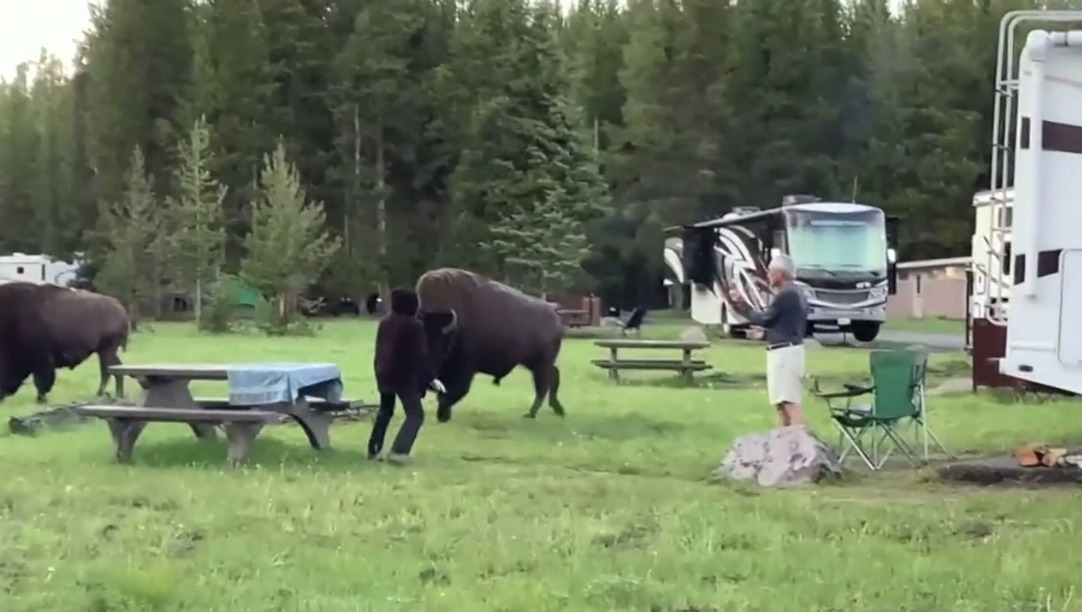 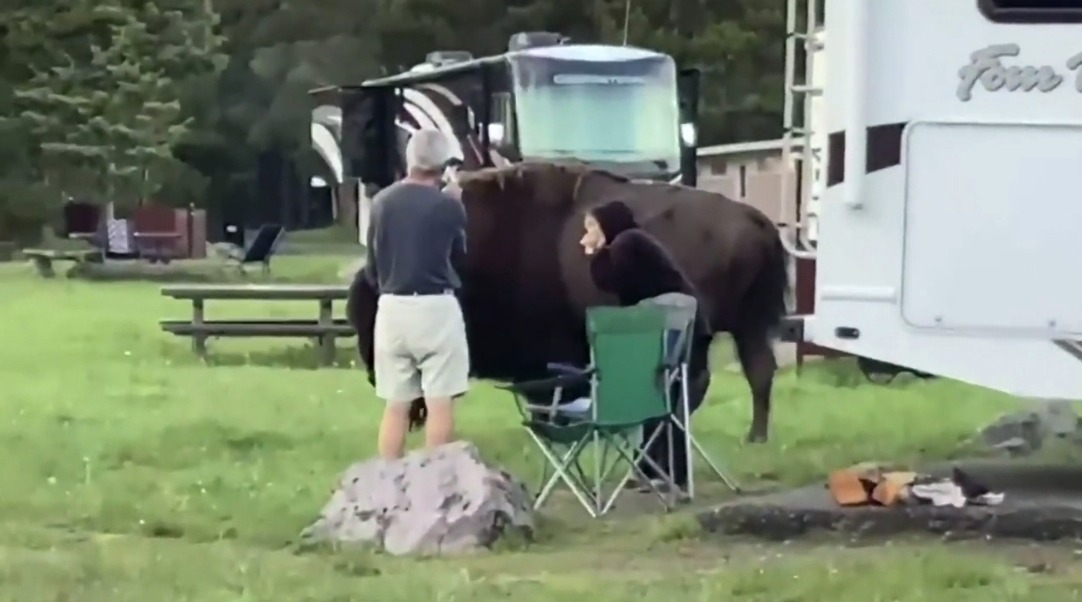 The woman had approached within 10 feet of a bison "multiple times" to take its photo, according to a Monday press release by National Park Service.

In the video, the woman is seen approaching the bison and then appears to turn and get ready to run.

Despite signs placed throughout the park warning people not to approach wildlife, the woman proceeded to get close to the animal.

The frightening incident took place at the woman's campsite at Bridge Bay Campground on the evening of June 25.

"She was then flown via helicopter to Eastern Idaho Regional Medical Center."

The incident is now under investigation and the injured woman remains unnamed.

Jenna Larsen, the woman who recorded the incident, and her family told CBS Minnesota: "The lady got way too close, she just kept provoking the bison."

The family witnessed the woman at the neighboring campsite repeatedly moving near one of two bison. 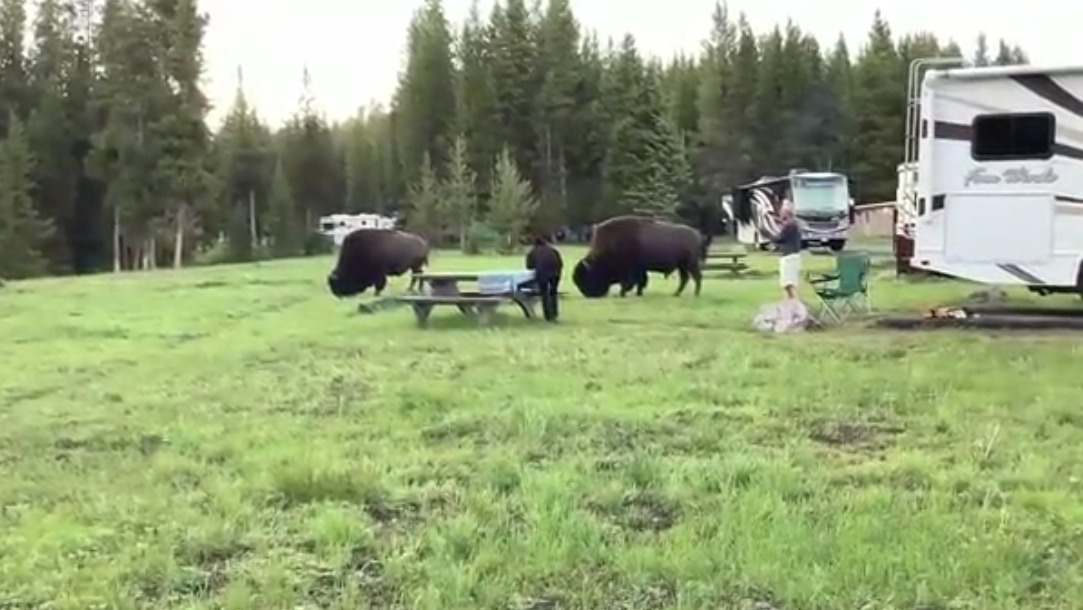 Jenna said: "She was trying to reach her hand out and pet the thing.

"I could hear the bison making noises and blowing steam out. It was just an accident waiting to happen at that point."

Jodi Larsen, who works as a nurse and also witnessed the incident, said the woman "got thrown initially maybe 10, 15 feet in the air across and she was unconscious briefly."

She said once the woman – who afterwards had no memory of what happened – stood back up, the bison his her again. 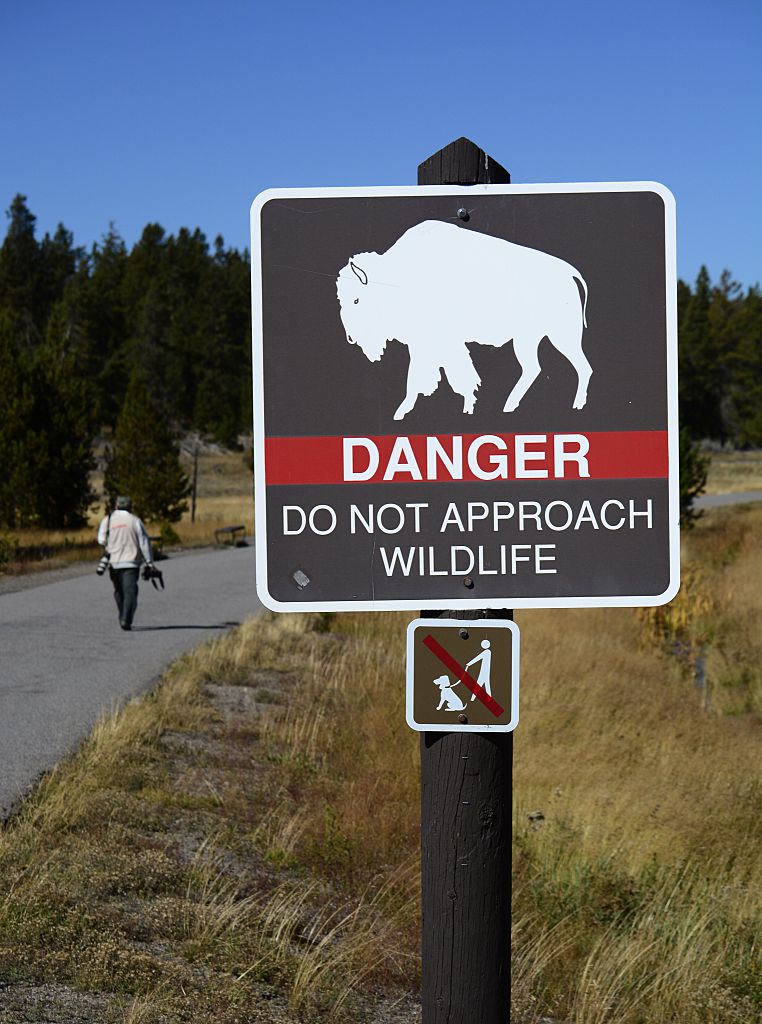 Another family member said the woman was not struck in any "vital organs."

Yellowstone’s Senior Bison Biologist Chris Geremia said: "The series of events that led to the goring suggest the bison was threatened by being repeatedly approached to within 10 feet.

“Bison are wild animals that respond to threats by displaying aggressive behaviors like pawing the ground, snorting, bobbing their head, bellowing, and raising their tail.

"If that doesn’t make the threat (in this instance it was a person) move away, a threatened bison may charge."

Geremia recommends people keep at least 25 yards away from bison to maintain safety. 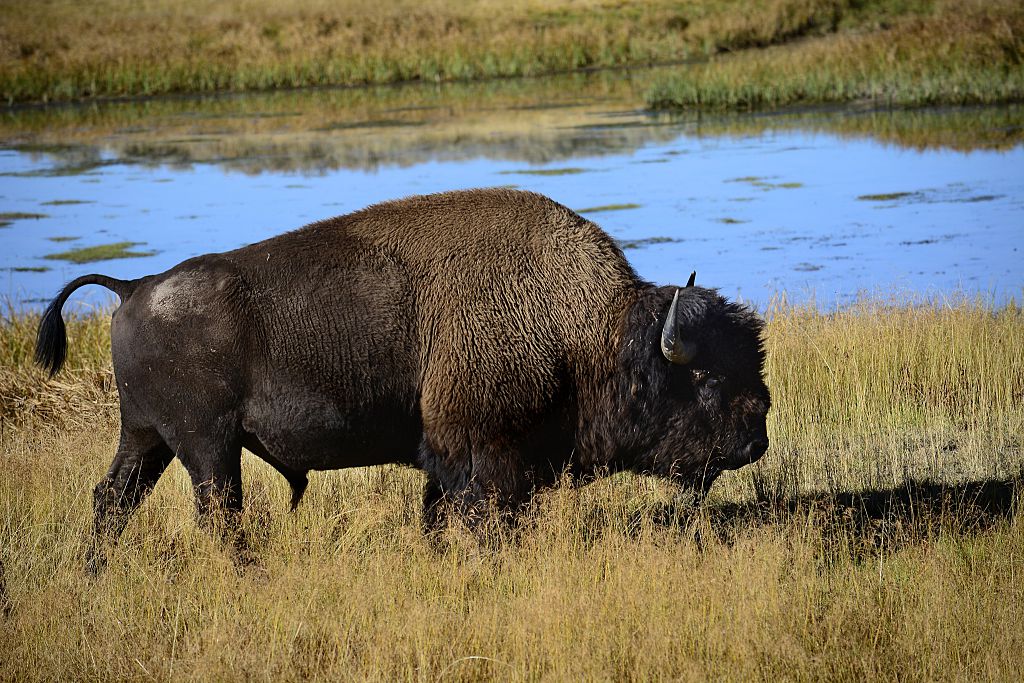 If a bison starts approaching, people should run away or find cover if they charge, he added.

The park urges the importance of avoiding all large animals in Yellowstone National Park as they are wild.

A distance of more than 25 yards is recommended when avoiding elk, bighorn sheep, deer, moose, and coyotes.

When near bears or wolves, it is best to stay at least 100 yards away.

This isn't the first time a bison at the popular park has charged at a Yellowstone visitor.

In July 2019, a nine-year-old girl was injured after a bison charged and tossed her in the air while she was on a tour near Yellowstone's Old Faithful Geyser area, WITI reported.

Bison are the largest mammal in North America and can run up to 30 miles per hour, according to the US Department of the Interior. 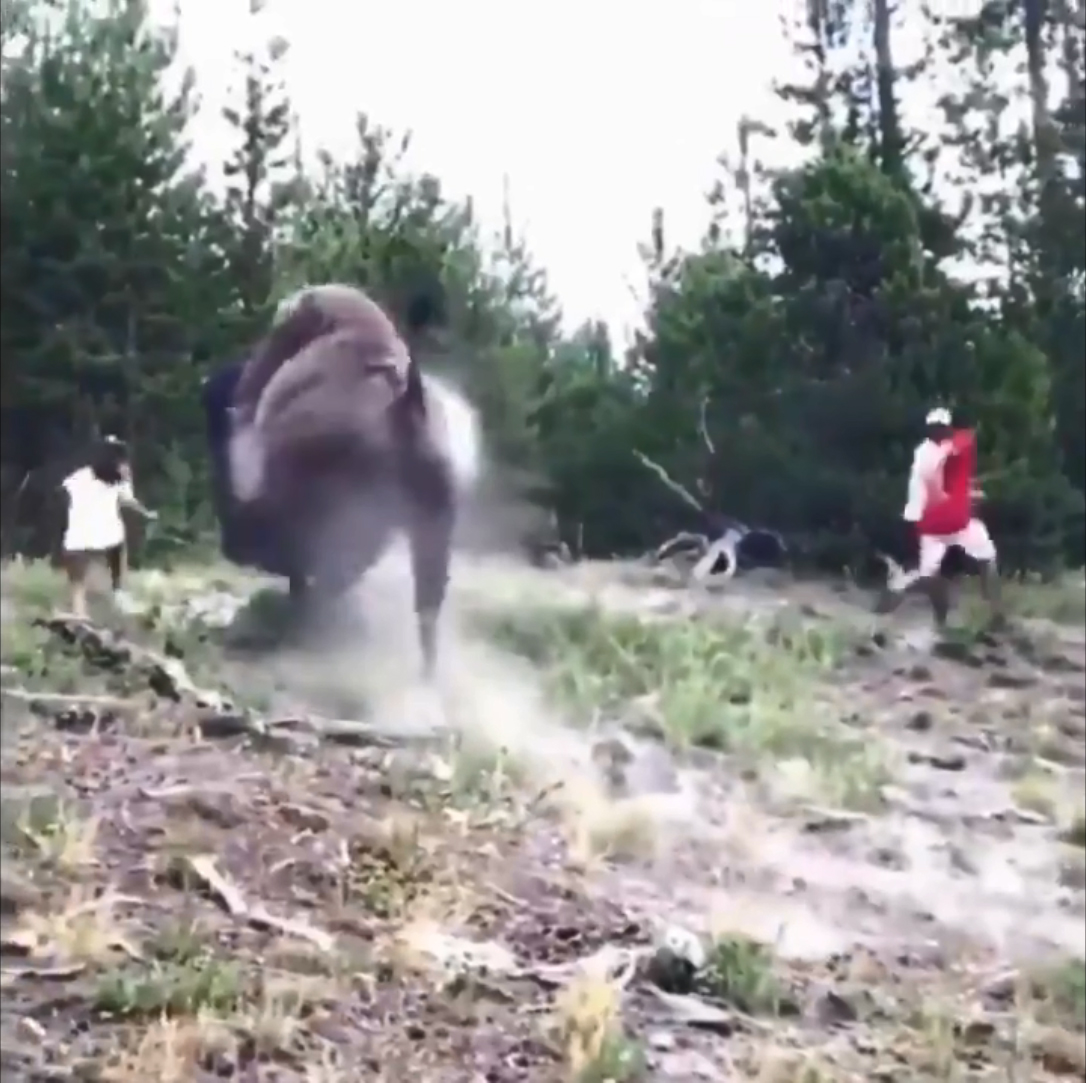 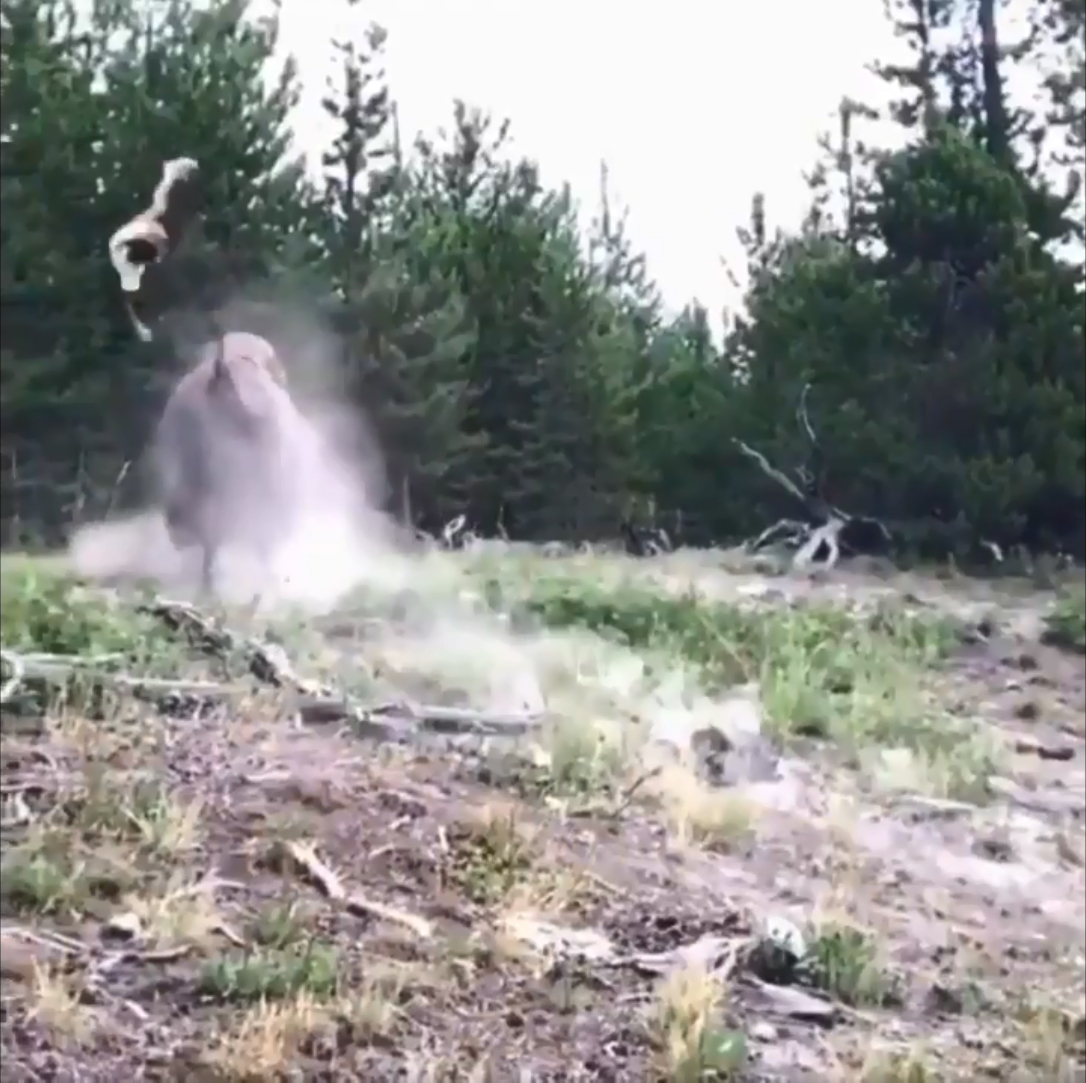