Dramatic moment boy, 13, is rescued by coastguard helicopter after clinging to 300ft cliff 'by his fingernails' for half an hour

The 13-year-old lad had attempted to scale the 300ft cliff face in Langdon but got stuck 175ft up and couldn't move up or down. 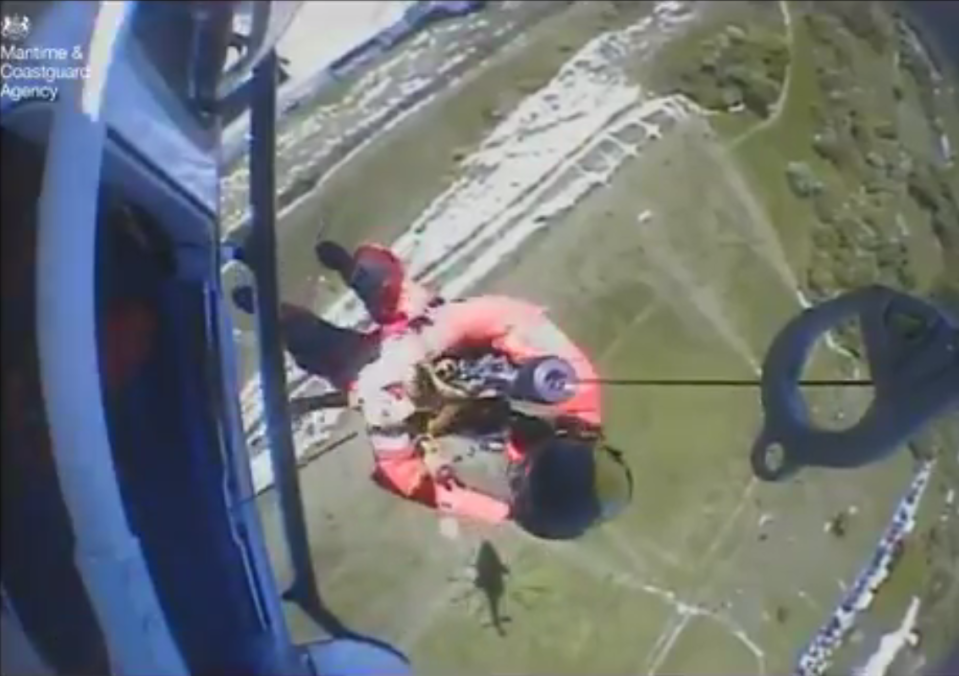 HM Coastguard scrambled into action and rescued the boy just after 11.10am using a helicopter and a 200ft wire.

Dramatic footage shows winchman Rob Chambers lowered to reach the boy and take him safely to the ground in the operation which took only a few minutes.

Miraculously the lad escaped with only a few cuts and bruises despite dicing with death and was back on solid ground .

Matt Pavitt, coastal operations area commander who was on the scene said: "He was very, very lucky. 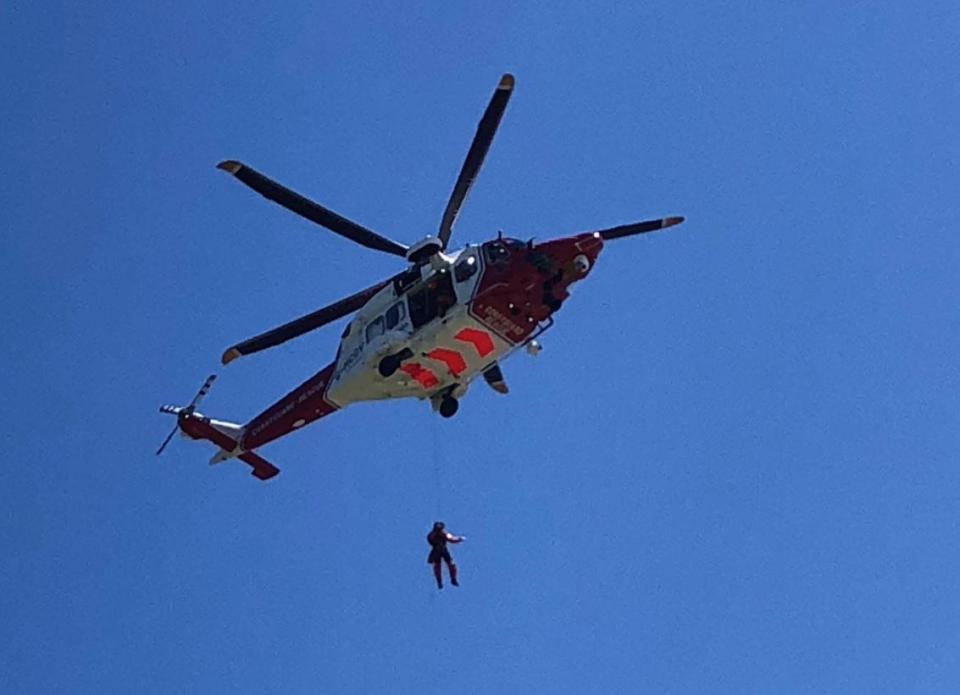 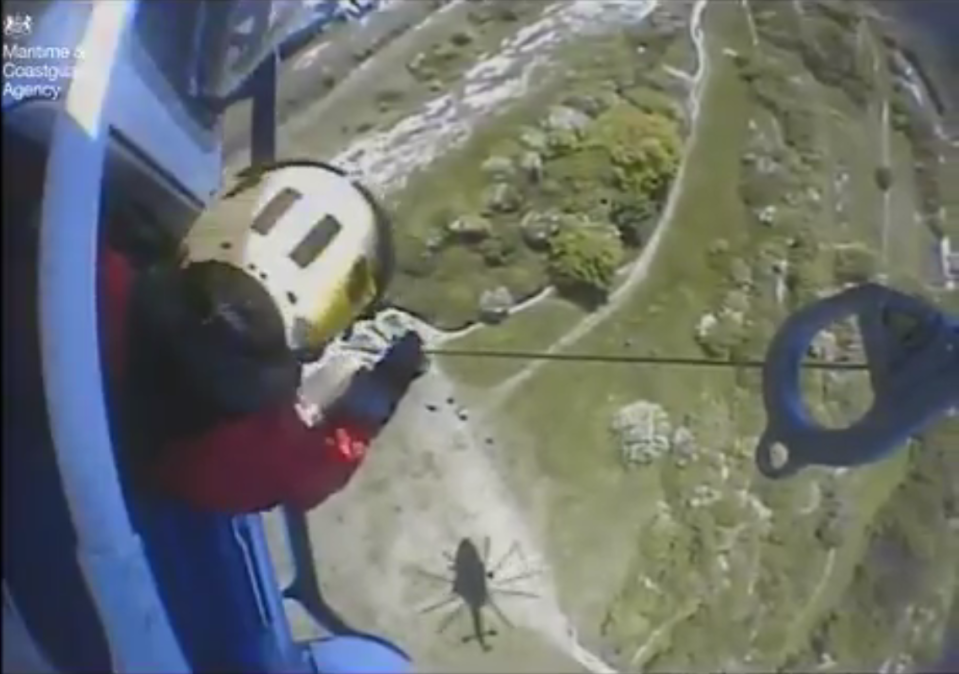 "The boy had been clinging on by his fingernails to stop himself from falling from the sheer rock face for just over 30 minutes and if he had let go this would have been a very different outcome.

"It only took minutes once the helicopter arrived and in those few minutes we all held our breath that the boy would hold on for a few more minutes.

"This rescue has had a very happy ending which we are all extremely thankful for.

"We would like take this opportunity to remind people to be cliff aware when visiting the coast. 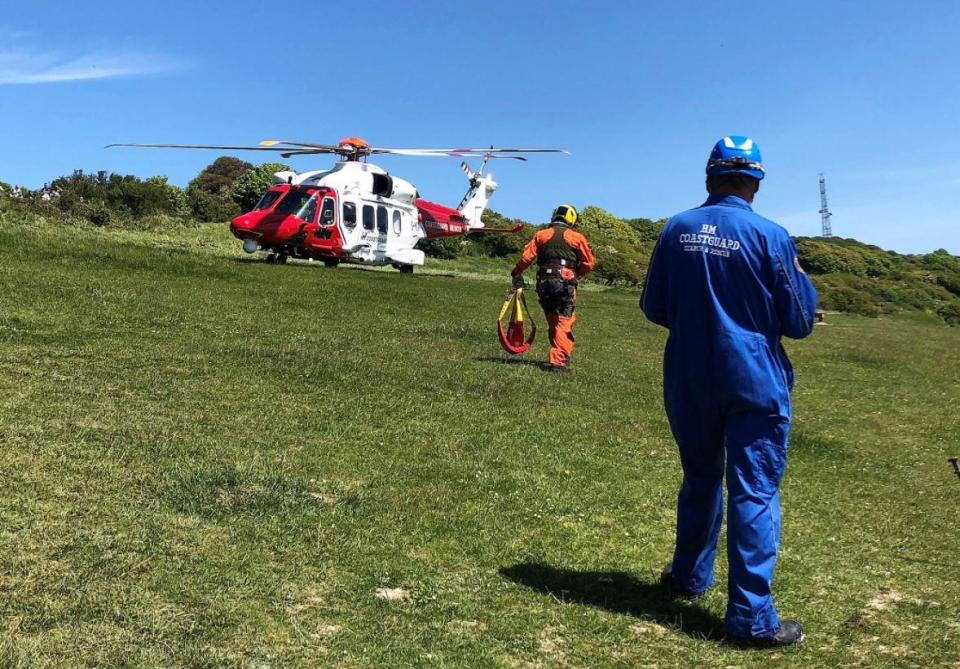 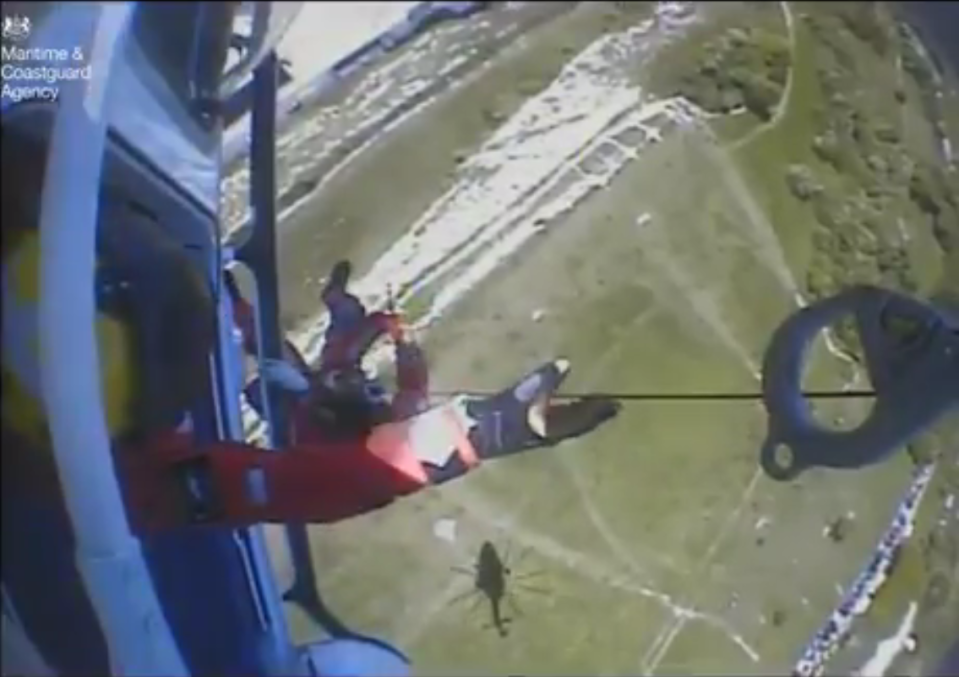 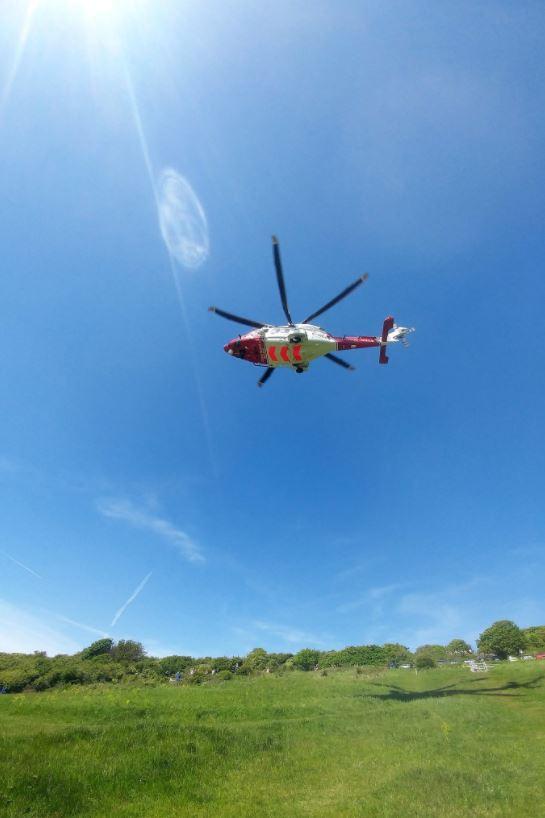 "If you see anyone in danger, or witness someone who has fallen, call 999 immediately and ask for the Coastguard.

"Do not attempt to rescue them yourself."

"We knew he couldn’t hold on for much longer as he’d already been there for around 30 minutes.

"Coastguard Rescue Teams on scene were unable to reach him safely due to the dense shrubbery so we knew then that it was down to us and we only had minutes to spare.

"Our Winchman Rob Chambers was winched down to the casualty, whilst we stayed at an increased height to avoid endangering the young boy with the helicopter’s intense downwash.

"Thankfully, the rescue went smoothly and the boy was reunited with his family at the base of the cliff.

"Despite the youngster’s ordeal he thankfully escaped with only minor scrapes and bruises."