THIS is the dramatic moment an elderly couple were rescued from a submerged car after being trapped underwater for two hours. 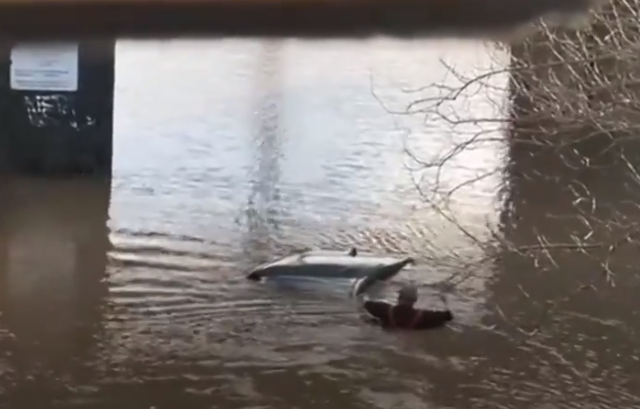 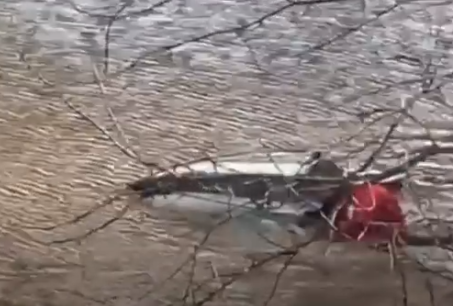 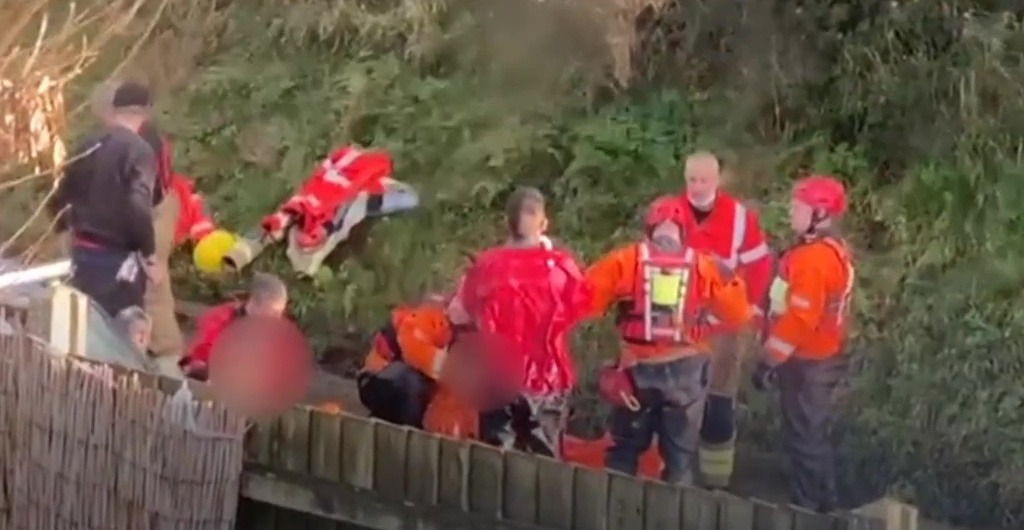 Fire crews were seen pulling a man and a woman from the car at about 10.44am yesterday morning.

The couple were taken to hospital by ambulance.

Matt and Alex Emmerson, aged, 42 and 44, noticed the car from their bathroom window shortly before emergency services arrived.

They thought the car was empty until crews started their rescure.

Matt told the BBC: "Whoever this poor couple were, they were in there for a long time – close to two hours. The water must have been freezing."

The East of England Ambulance Service said both patients were transported to hospital for "further assessment and treatment."

She said: "I just assumed that there would be nobody in there.

"Because normally people leap out and wade to safety before it gets to that point."

Matt hailed the rescue a "Christmas miracle" as firefighters went straight into the water and smashed the car window to get into the vehicle despite the water level being so high.

The couple have said permanent signs, rather than temporary ones were needed to warn drivers about the risk of flooding.

Norfolk Fire and Rescue Service said it had received more than 300 calls about flooding since Wednesday afternoon.

Some areas received a month of rainfall in 24 hours.

Shocking photographs showed towns submerged as the flood waters seeped into homes and businesses in Norfolk – with emergency services declaring a major incident.

Charlotte Taylor, of Topcroft, Norfolk, tweeted pictures of her flooded home – including a ruined box of Christmas crackers – in the early hours of this morning.

"If there is a photo that sums up my Christmas this is it," she wrote.

"Mum of three all with Covid stuck indoors literally watching the house flood." 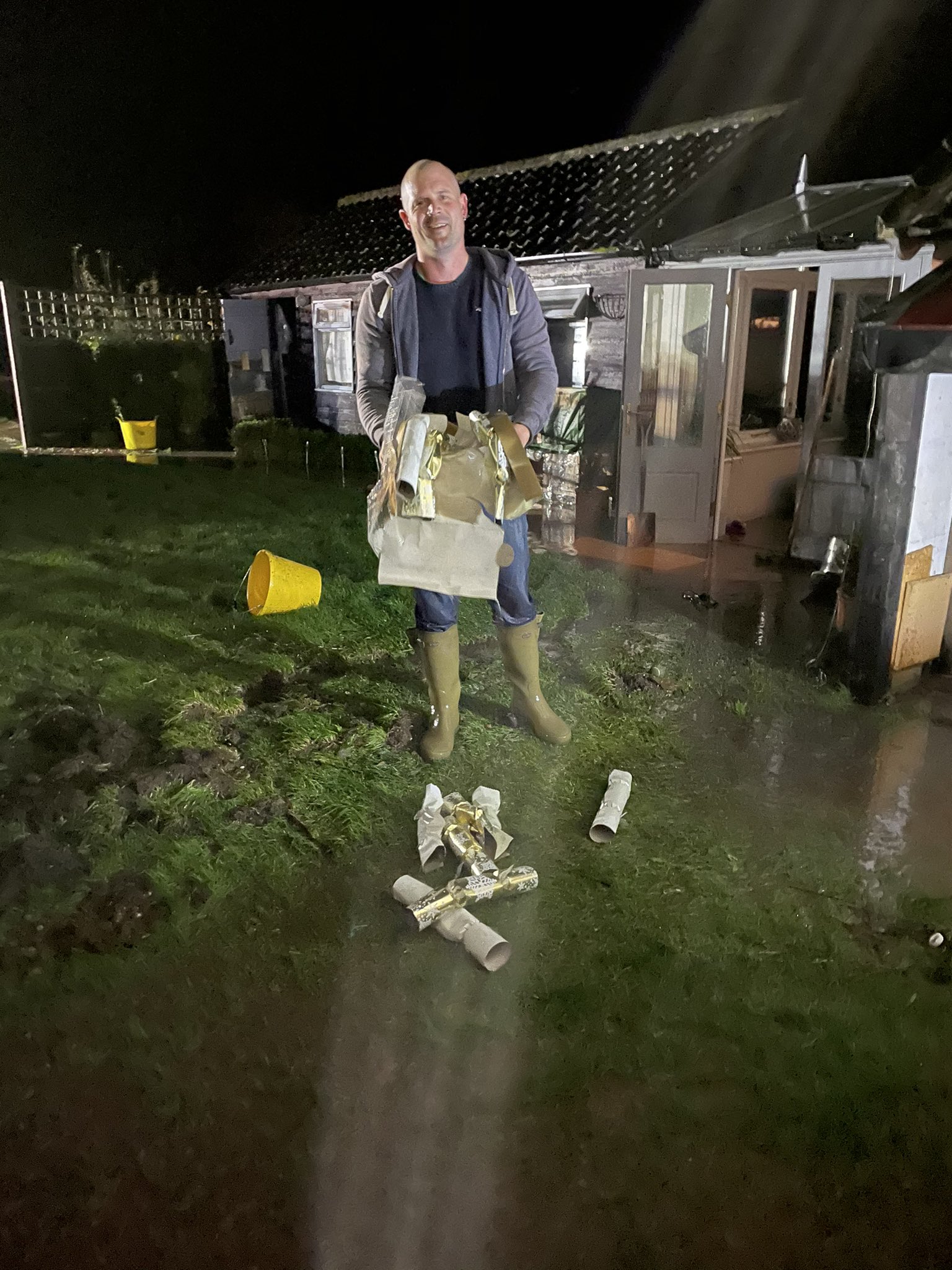 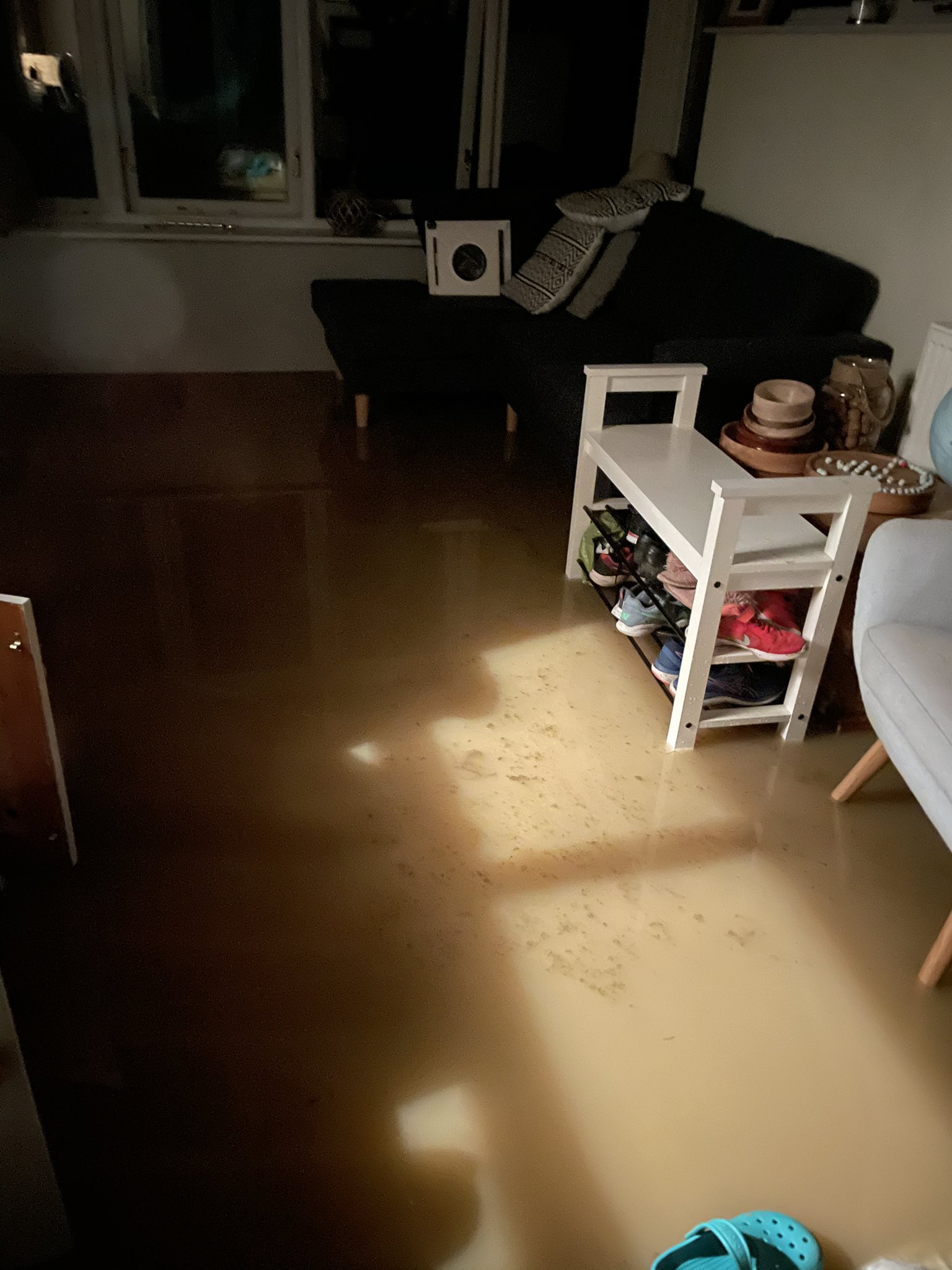