Brought to heel! Super-cool shopper casually trips up suspected thief and keeps on walking as if nothing has happened

This is the dramatic moment a shopper uses his leg to trip up a thief running with more than £700 of Tommy Hilfiger clothing, and then carries on walking as if nothing has happened.

CCTV footage shows the thief tumbling to the floor before he is surrounded by security at the Marina shopping centre in the coastal resort of Vina del Mar, Chile.

The quick-thinking shopper had been listening to music moments beforehand. 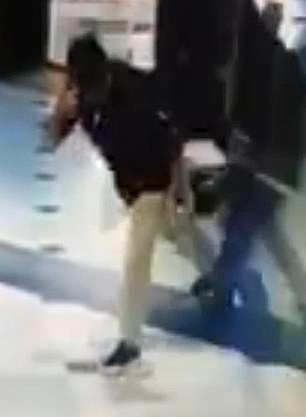 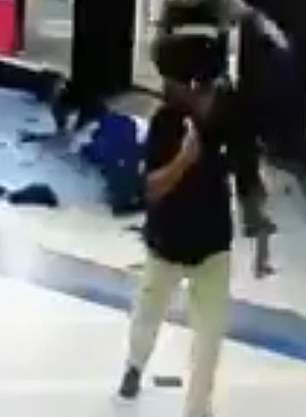 CCTV footage showed the shopper trip up the thief at the Marina Mall in Vina del Mar, Chile

The clip begins with the shopper appearing to remove an earphone before sticking out his leg as the thief approaches.

He trips up the thief, who falls to the floor and sends stolen bags flying.

Security guards then pounce on the robber before he can get away and pin him against a wall, averting the attempted stealing.

He has been dubbed a ‘hero without a cape’ by local media, and heralded as a champion on social media. 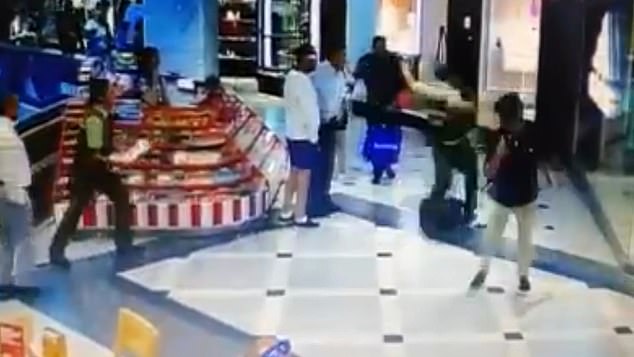 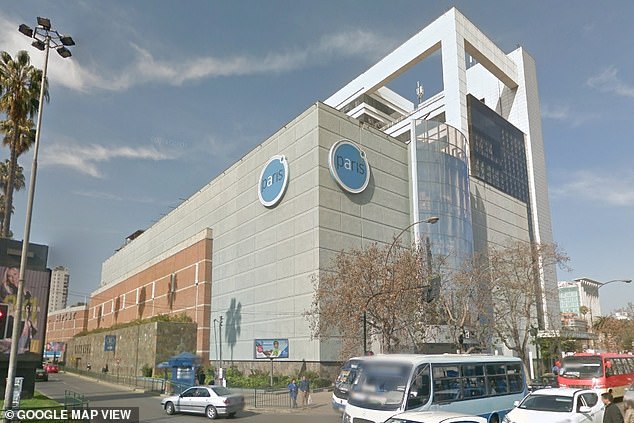 The Marina shopping centre in Vina del Mar, Chile, is pictured above on Google Maps

According to reports, the suspect stole products from a Tommy Hilfiger shop valued at more than £720.

The two officers in the footage were responding to reports of a separate shoplifting incident.

The suspect remains in police custody and has a criminal record for two previous robbery attempts, local media reported.