A MULTIMILLION-pound super-yacht scrapes under a rail bridge — with inches to spare.

The 260ft MY Galactica was being moved to the North Sea from the Dutch shipyard where it was built. 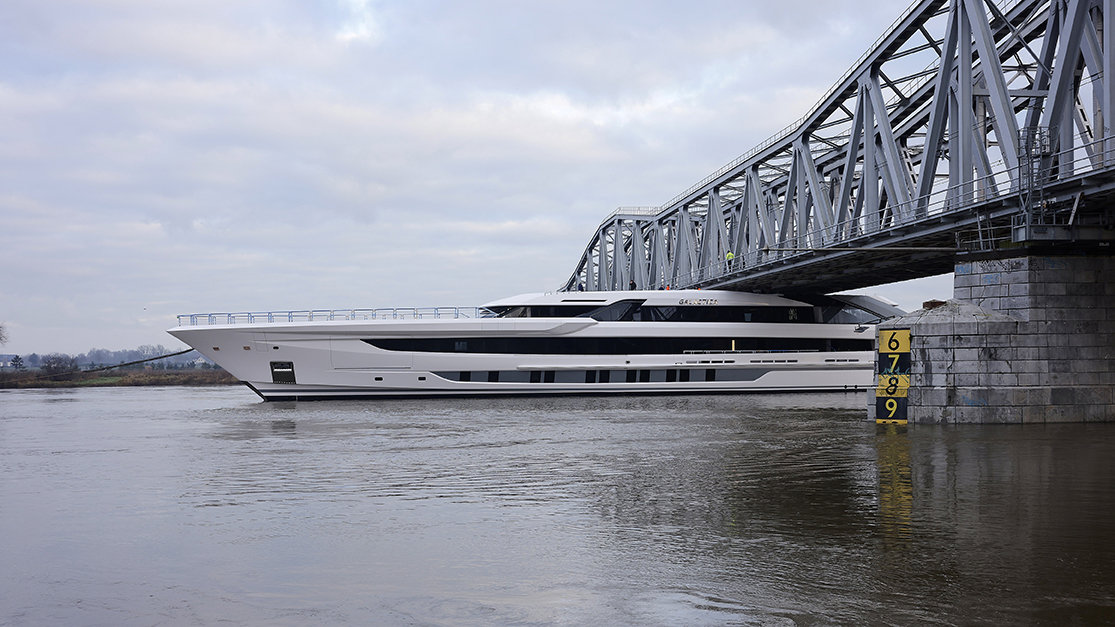 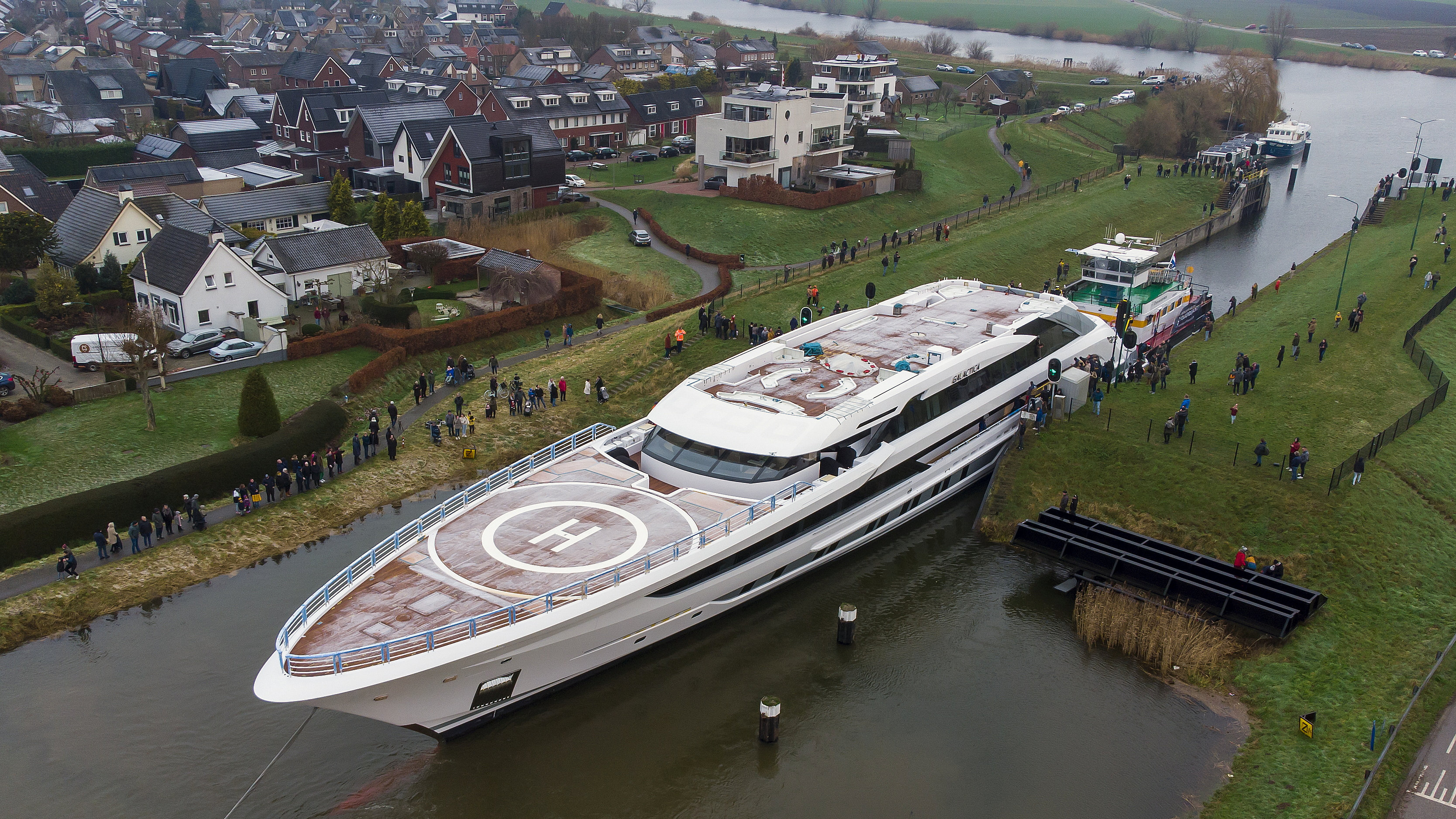 The vessel also had to squeeze through river locks.

The shipbuilders, Heesen, had to wait for the perfect weather and tide conditions to be able to complete the voyage.

As the 80-metre super-yacht approached each obstacle, laser beams were used to see if it would be able to pass through.

Its pricetag is confidential but it is known to be seven figures or above.

Three to four months of preparation go into transporting the boats to the sea because of the large number of permits and certificates required.

Everything you can and can't do after Covid rules changed TODAY

Arthur Brouwer, the CEO of Heesen, said: "Building large and complex superyachts is exciting, both from an engineering and construction perspective.

"We also managed to keep the construction of Project Cosmos, now known as MY Galactica, on schedule – which was no mean feat.

"Cosmos is the ultimate expression of our ability to build daring projects that stretch the imagination of its engineers and craftspeople." 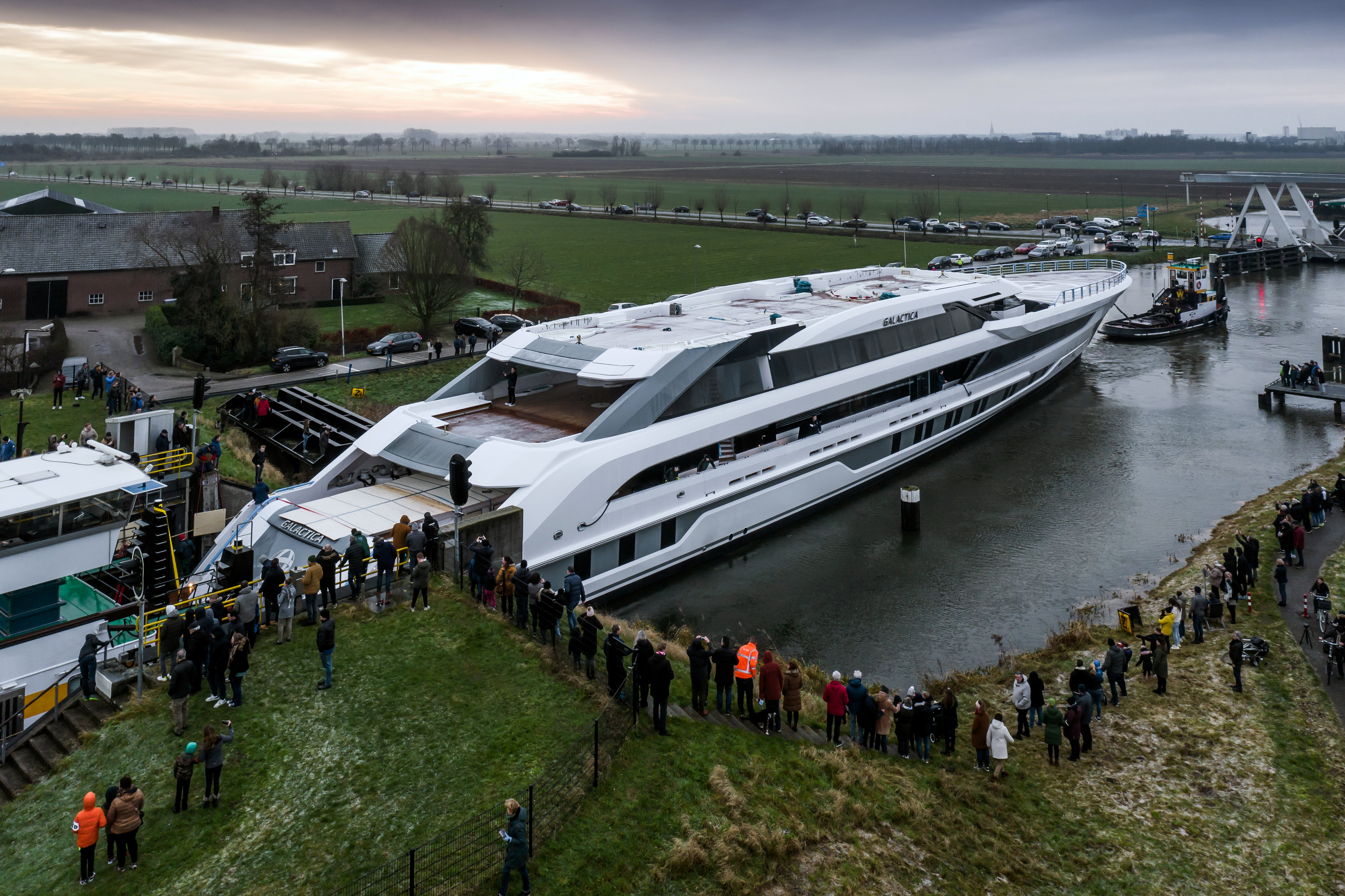 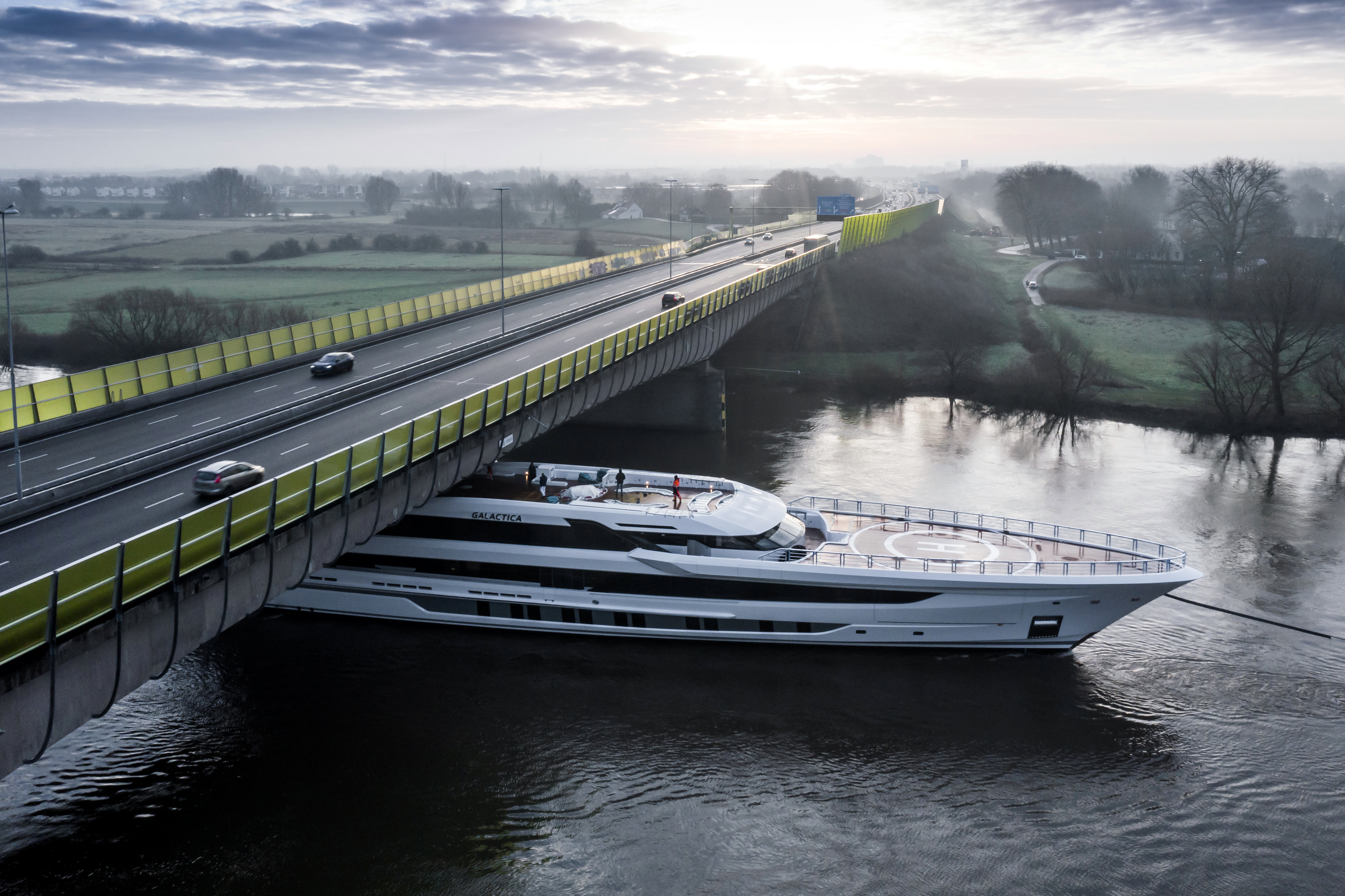 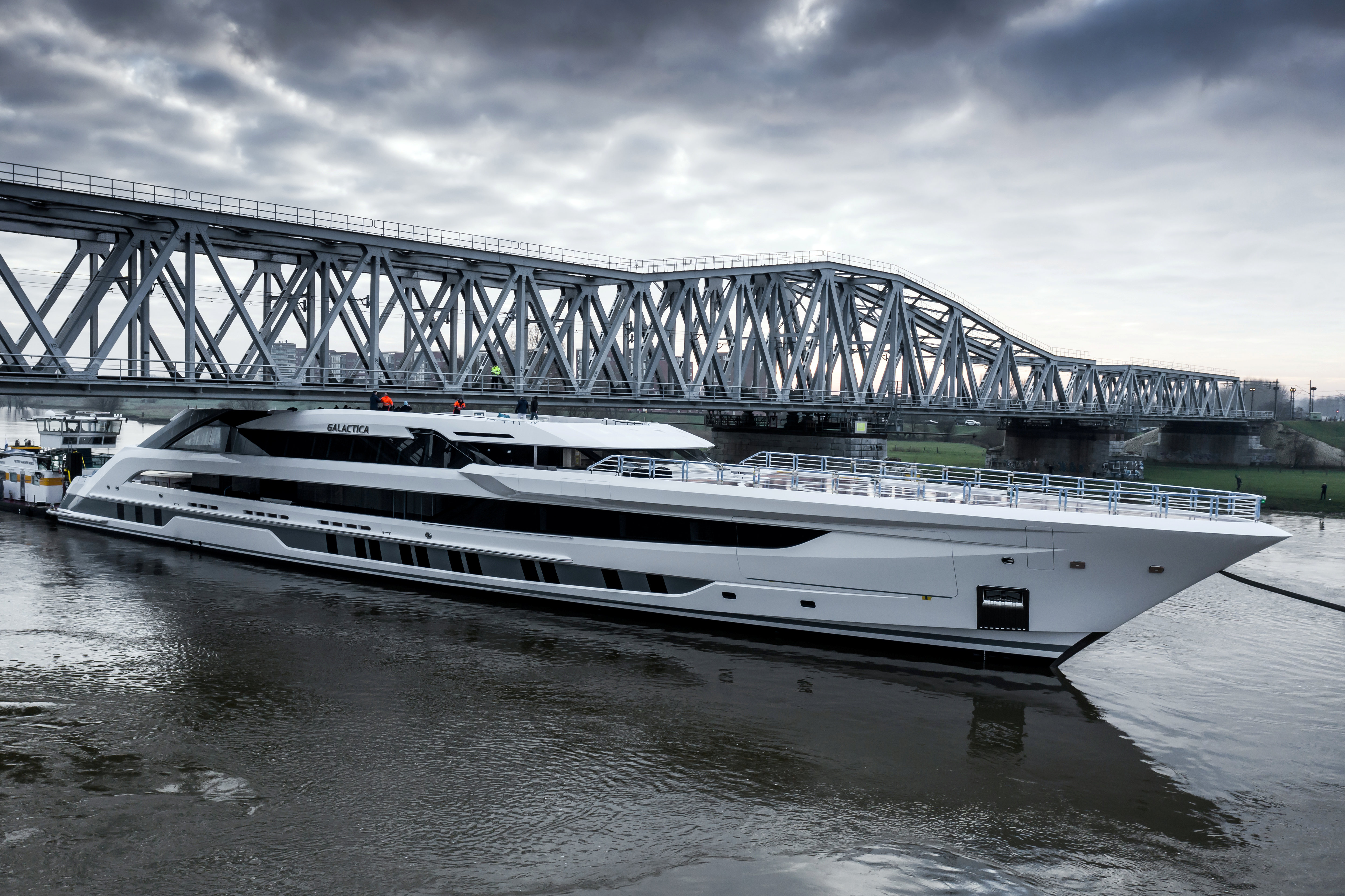 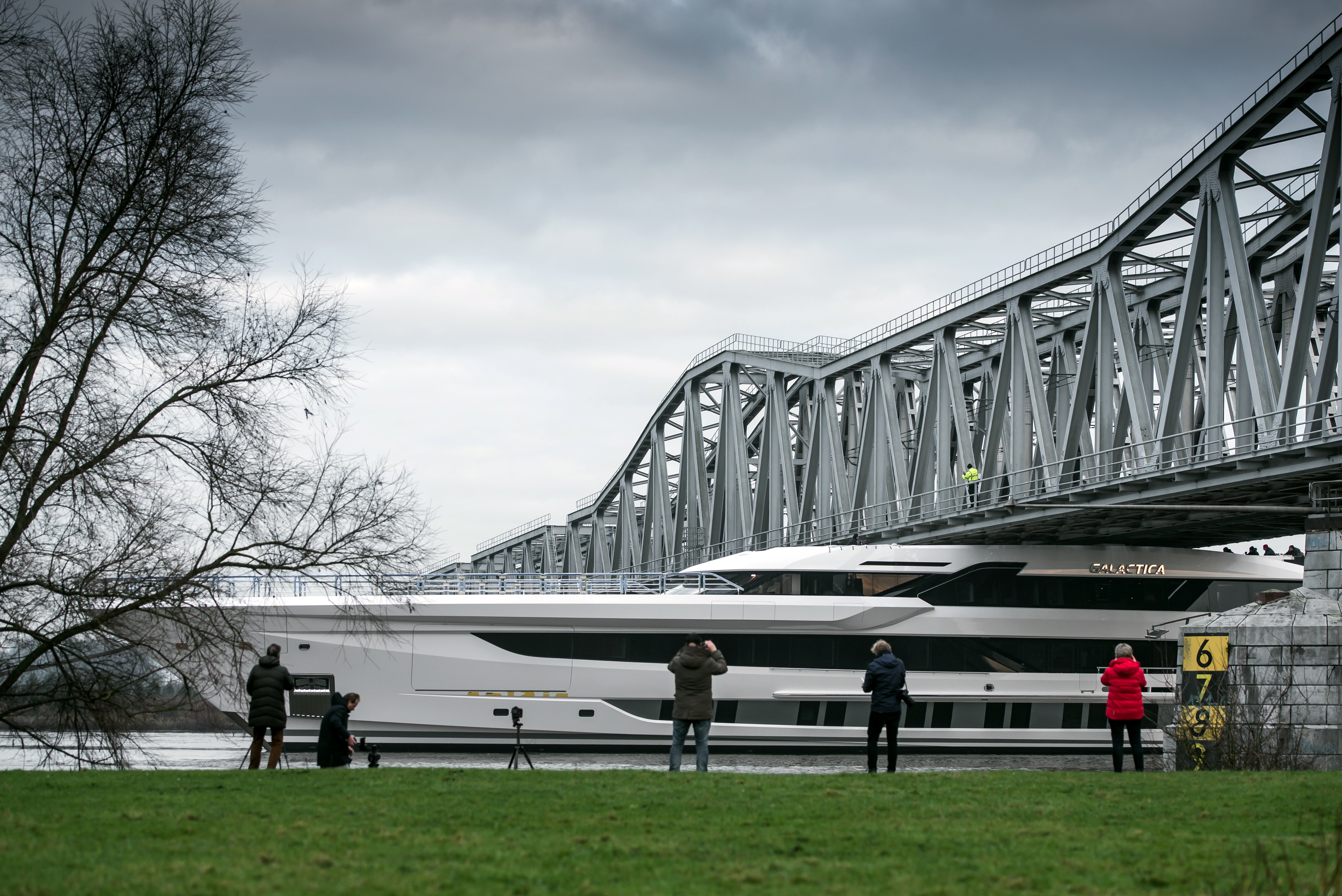