Drew Barrymore is getting a blast from the past on her popular talk show.

On Monday, the actress reunited with her original Scream costars Neve Campbell, Courteney Cox and David Arquette on The Drew Barrymore Show to launch "Scream Week" on her program. The four had a chance to reminisce on how the iconic franchise changed their lives.

"We had a daughter out of it and she's the greatest thing in my life," Arquette, 50, said of Coco, the 17-year-old daughter he shares with ex-wife Cox. "So that really is the most impactful thing that has ever happened to me in this business."

Campbell, 48, replied, "I mean this movie gave me everything, it was a springboard I think for all of us. Its success really helped pave the way for all of us in our careers and my life would be very, very different without Scream."

As for Cox, 57, the Friends star hilariously pointed out that Scream had a much more tangible effect on her life.

"Well besides the obvious I will not go to the bathroom in a movie theater or just about any sports arena," she said. "I always look underneath and prefer just not to go. I will not go into a parking lot by myself and if I do my heart is racing and I am constantly looking."

RELATED: David Arquette Says It Was a 'Cathartic Experience' to Act in Scream with Ex-Wife Courteney Cox 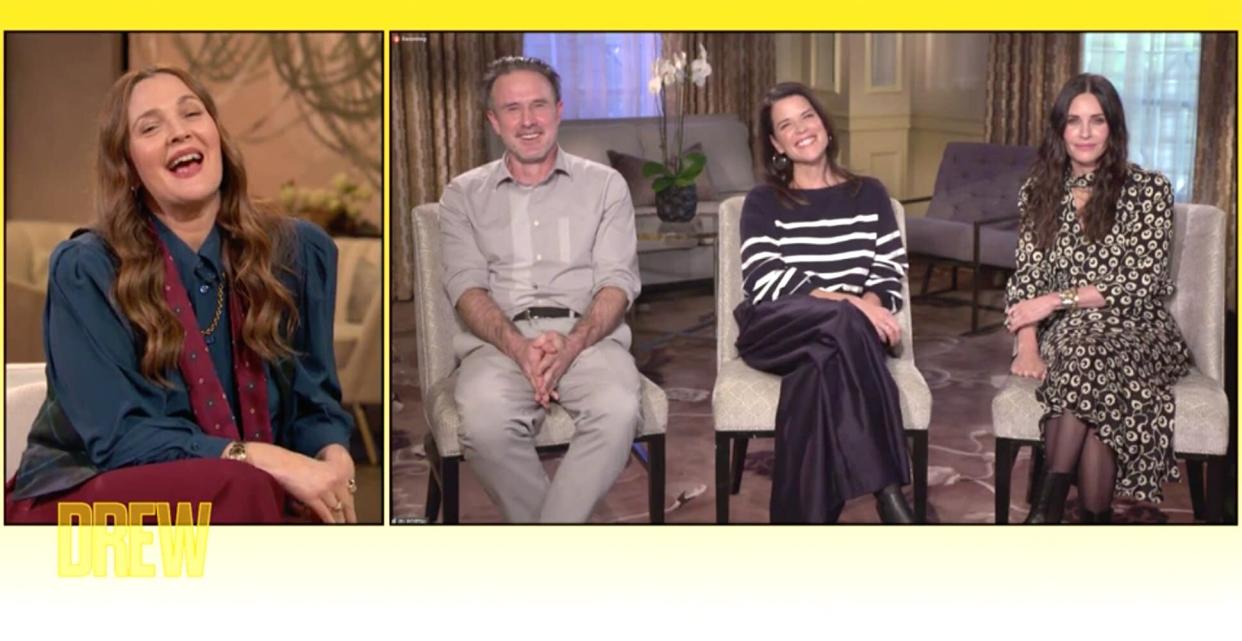 On Tuesday, Barrymore will sit down with one of the franchise's newcomers Jenna Ortega. Mason Gooding, Dylan Minnette, Jasmin Savoy Brown, Sonia Ammar and Mikey Madison will appear on Wednesday's episode. They'll be followed by the movie's apparent final girl Melissa Barrera on Thursday, leading up to the movie's premiere on Friday.

The reboot is the first film in the franchise that will not be directed by Wes Craven, who died of a brain tumor at age 76 in 2015.

Arquette and Cox met while filming the original Scream film, which premiered in 1997. They married in 1999 and welcomed Coco in 2004.

Arquette reflected on his experience returning to the franchise with Cox, his ex-wife, in an interview with The New York Times, published Thursday. He and Cox, who divorced in 2013, also played a couple in the Scream franchise, but much like in real life, their characters have split in the latest film.

While Cox told the Times she had "no apprehensions" and was "happy" to film the new Scream movie, Arquette said he was reminded of the former couple's past.

"It's been 25 years of our lives," he said. "We've grown up together. We have a child together," referring to the former couple's 17-year-old daughter, Coco. 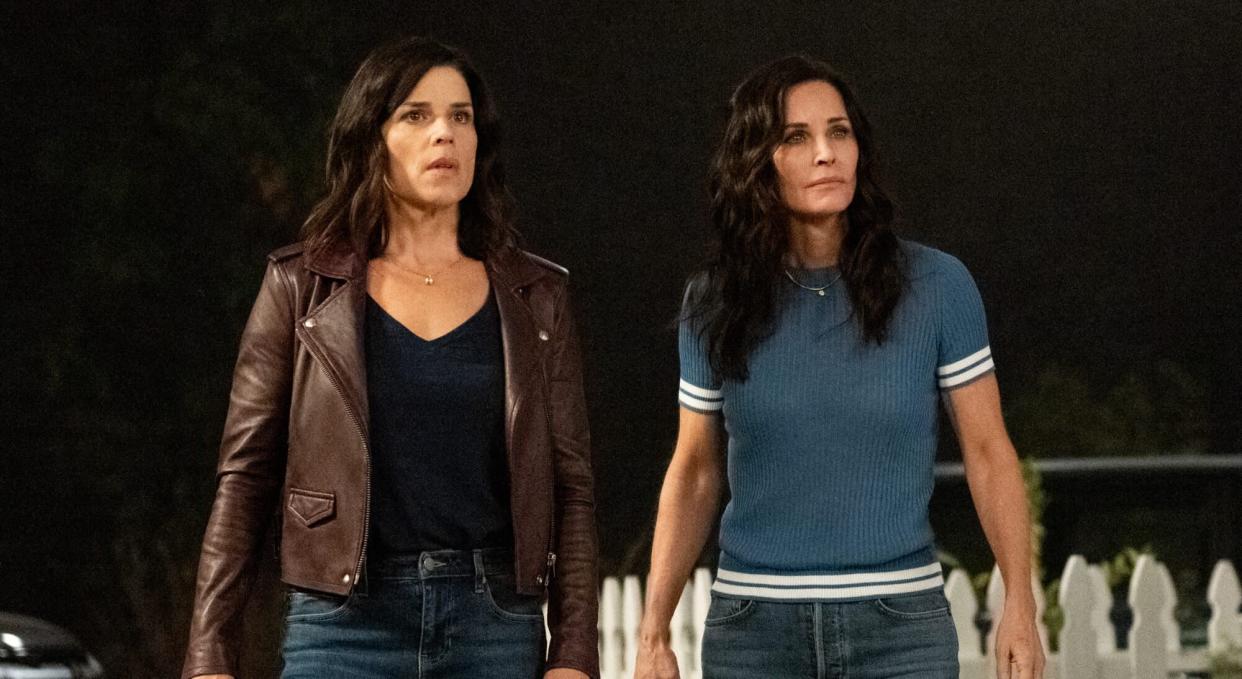 Arquette said that ultimately, filming the new Scream movie with Cox was freeing, telling the Times, "It's a cathartic experience to just be able to act opposite Courteney."

Arquette reprises his role as Dewey Riley in the latest film, while Cox returns as reporter Gale Weathers.

Cox told the Times that she noticed her ex-husband became emotional while returning to set and filming Scream, explaining, "He said the next day the crew didn't look at him."

Arquette agreed, adding, "I could tell some people aren't comfortable with that level of emotion."

"Scream Week" on The Drew Barrymore Show kicks off Monday while Scream debuts in theaters on Jan. 14.