Speeder who boasted about his fast driving on Facebook after he mowed down and killed great-grandfather, 64, while doing twice the limit is jailed for four years 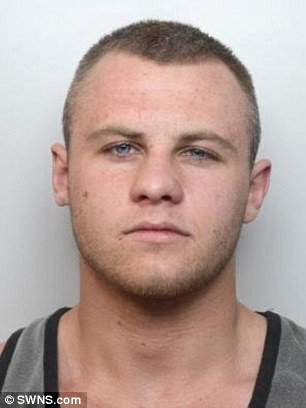 Joshua Mewes, 21, was jailed for four years at Sheffield Crown Court by a judge who heard he was driving at 65mph in a 30mph area when he hit 64-year-old Robert Kolt

A speeding motorist who celebrated his ‘appalling driving’ on Facebook after he killed a man has been told he is a ‘deeply unpleasant individual’ whose ‘insensitivity defies understanding’ by a judge.

Joshua Mewes, 21, was jailed for four years at Sheffield Crown Court on Monday by a judge who heard he was driving at 65mph in a 30mph area when he hit 64-year-old Robert Kolt.

Judge Jeremy Richardson QC said one witness described Mewes as driving ‘like a bat out of hell’ as he ‘ran down’ Mr Kolt, who had just got off a bus in Dalton, Rotherham.

His vehicle was damaged so badly in the collision it was no longer safe to drive. Mewes made social media posts both before and after the fatal collision in which he bragged about the ‘aggressive’ and ‘speedy’ nature of his driving, the court heard.

Mr Kolt had just got off a bus in Rotherham, South Yorkshire, at around 8.20pm when he was struck by Mewes’ speeding vehicle, causing him to be thrown into the air, prosecutor Ian Goldsack told the court.

The great grandfather was pronounced dead at the scene by paramedics.

Mewes drove 180 metres away from the scene of the crash before stopping his damaged red Honda Civic vehicle. 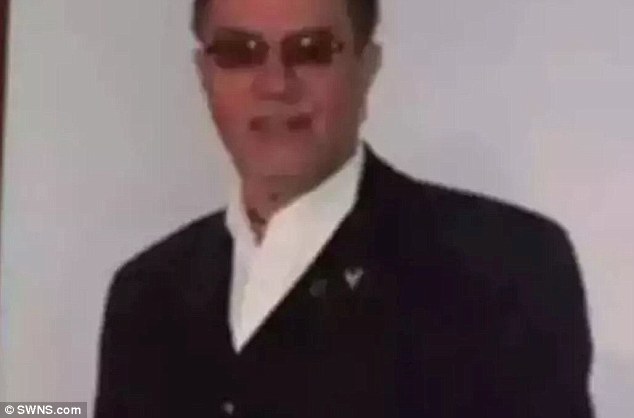 One witness described Mewes as driving ‘like a bat out of hell’ as he ‘ran down’ Mr Kolt (pictured), who had just got off a bus in Dalton, Rotherham

Mr Richardson said Mewes had a ‘habit of driving aggressively and far too fast’, which he celebrated on social media.

Referring to screenshots of his Facebook pages gathered by police, the judge said: ‘These reveal you to be a man who liked to speed and drive aggressively and took some pride in all of this.

‘You posted Facebook entries before and after you killed Mr Kolt.

‘Your insensitivity defies understanding at least and, at worst, reveals your arrogance and defiance.’

Judge Richardson said: ‘The post-incident screenshots reveal to me, upon any analysis, that you are a deeply unpleasant individual.’

The judge said: ‘You were unquestionably arrogant and a habitually aggressive driver. You regularly drove far too fast. Your appalling driving caused the death of Kolt.’

He said Mewes took ‘grotesque pride in his appalling behaviour’, adding: ‘Your driving can only be characterised as deplorable.’

Judge Richardson jailed Mewes for four years, banned him from driving for nine years and ordered him to sit an extended test before he can drive again.

The judge addressed Mr Kolt’s family after the hearing, telling them that he had to sentence in line with the law, saying no sentence could equate to the life of person.

He told Mewes: ‘You have brought devastation to a decent family.’

Mr Kolt’s niece, Jade, cried as she bravely read her victim personal statement to the court.

She described how she, and other members of her family, first heard news of the crash on Facebook, before receiving the devastating news it was their relative who had been killed.

She said: ‘I felt bad about seeing the details on Facebook, and I couldn’t get it out of my head that it was my uncle who had been knocked down by a speedy driver.

‘Our world has been torn apart.’

In mitigation, Andrea Parnham told the court that Mewes was seen as the ‘strong character’ of his social group and that the Facebook posts concerning his driving were just part of the image he was attempting to ‘portray to the world’.

This was rejected by Judge Richardson, who said: ‘These [posts] reveal you to be a man who likes to speed and drive aggressively. Who takes pride in all of this. You posted these entries before and after you killed Mr Kolt. Your insensitivity defies understanding.’

Ms Parnham asked Judge Richardson to consider Mewes’ early guilty plea and the fact he committed the offence when he was only 20 years old when passing sentence.

Judge Richardson told Mewes: ‘It must be made very clear to this defendant and others like him, that those who drive far too fast and habitually engage in egregious, arrogant and aggressive driving will be punished very hard by the courts.’

‘The inevitable sentence of imprisonment doesn’t seek to reflect or value the life of the man killed by this deplorable driving.’