Driver deliberately mows down motorcyclist thinking he’s someone else

This the shocking moment a motorcyclist was deliberately hit by a car and run over by two callous thugs in a case of mistaken identity.

The 20-year-old was riding his yellow Suzuki in Burnage, Manchester, in the early hours when he was knocked from his bike and run over, suffering two broken hips and other fractures.

CCTV shows at the moment he reached the junction of Heyscroft Road he began  to slow his bike down – at which point Louis Lomas’ red Citroen closed in on him. 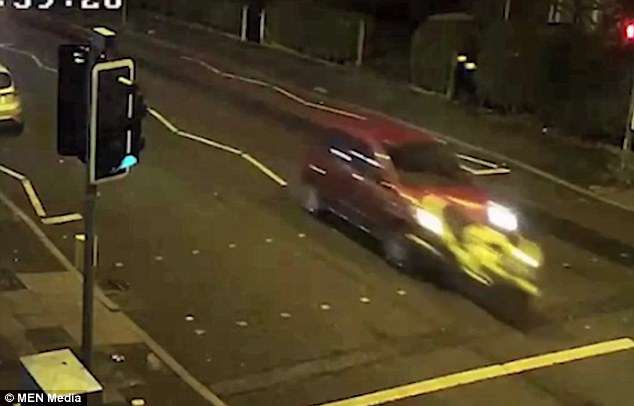 The 20-year-old was riding his yellow Suzuki in Burnage, Manchester, in the early hours when he was knocked from his bike and run over, suffering two broken hips and other fractures (Pictured: The car makes contact with the bike at the traffic lights)

Lomas, 22, then purposely drove his car at the Suzuki, knocking the man off the bike, before running over him.

Lomas and his passenger, Callum Gervis, 21, approached the man on the ground, but after realising he wasn’t the person they intended to hit, they dragged him on to the pavement and then ran from the scene.

The attack took place just before 1am on January 7 this year. The victim was taken to hospital for treatment and later that evening, Lomas and Gervis were arrested.

Both men have now been jailed at Manchester Crown Square, Crown Court. 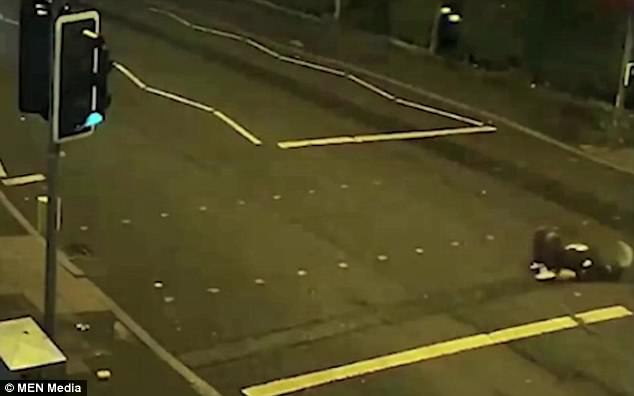 Lomas, of Burnage, has been sentenced to three years and four months for GBH and has been disqualified from driving.

Gervis, of Moston, has been sentenced to two years and four months for GBH and possession of Class B drugs.

Detective Constable Steve Lowton of GMP’s City of Manchester Division, said: ‘Lomas and Gervis mowed this man down, and the footage we’ve released shows how brutal this assault really was. 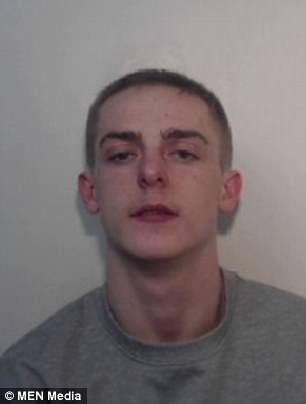 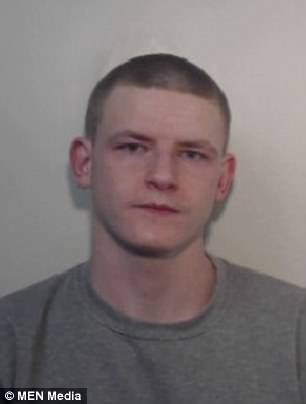 ‘I cannot imagine how this man must have felt to be thrown from his bike, before being run over and abandoned on the pavement.

‘These men were clearly out to cause harm and did just that, not even having the mercy to call an ambulance.

‘I hope it brings him comfort to know that both of these men will be behind bars for the foreseeable future.’